This Is What The World’s Greenest City Looks Like 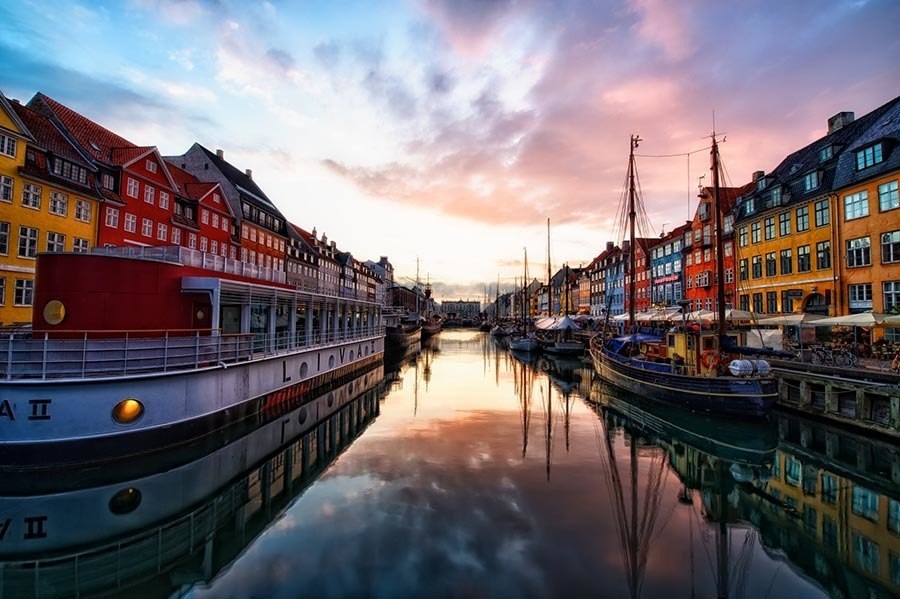 A place that embraces efficient public transportation, accessible green space and harnesses the power of nature isn’t a utopian fantasy; it’s the capital of Denmark. Recently, the Global Green Economy Index gave Copenhagen the title of “greenest city in the world” with a perfect score of 100 in terms of perception and performance. In the assessment, Global Green Economy authorities wrote that “Denmark relentlessly communicates its commitment to green growth through a variety of strategies and tactics.”

Copenhagen leads the world in green urban planning and design, pioneering transportation initiatives, and clean technology. While many in the rest of the world are burning tires and wasting water, the city acts a role model of environmental advancement and responsibility. 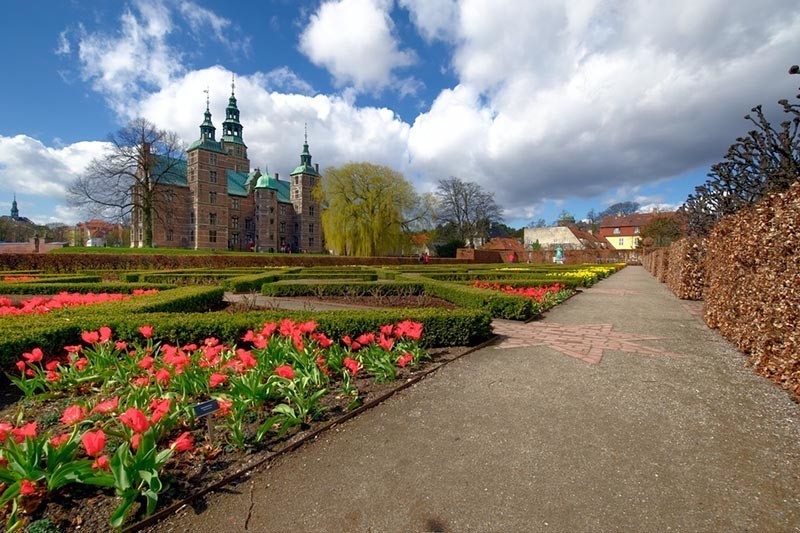 Denmark’s capital city is known for its vast green spaces. Citizens have access to green areas, like these at the Rosenborg gardens, where they can be active and enjoy nature. Source: Nomadic Pursuits 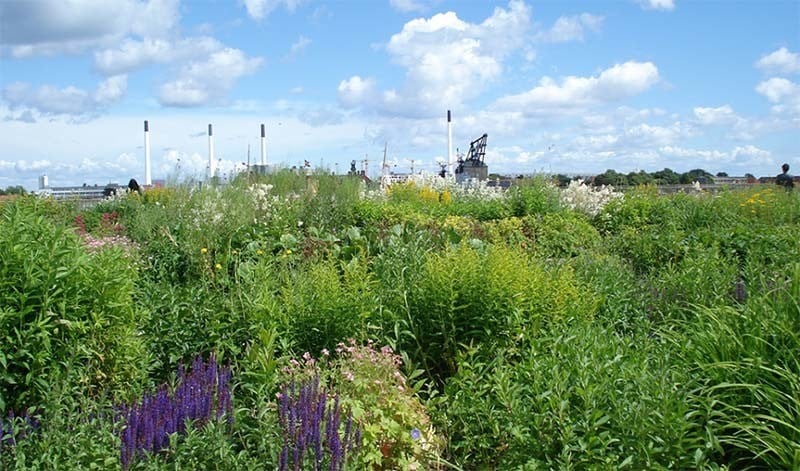 Roof gardens are popular in the city and provide migration stations for pollinating birds and insects. They also improve air quality, slow rainfall runoff and reduce the risks of flooding. Source: PRI 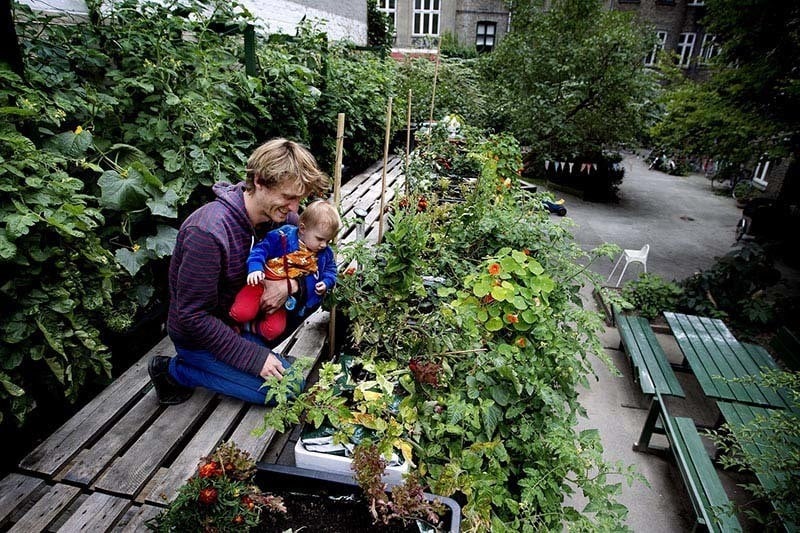 Urban farming is popular among Copenhagen’s people. Being able to grow your own food cuts down on the need for high-carbon cost imported goods, and supports the city’s ambitious push towards sustainability. Source: Wordpress 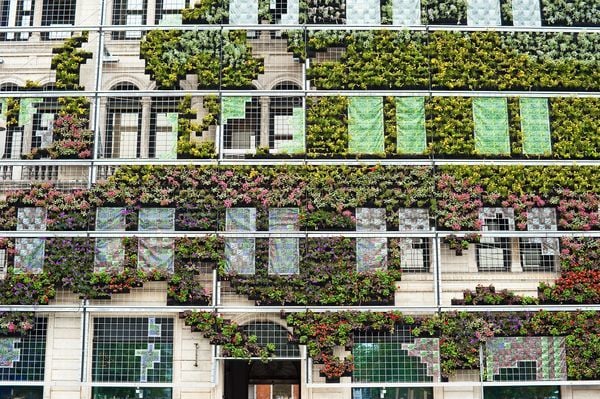 The city aims to be carbon neutral by 2025. City leaders are ploughing towards this goal by switching from coal to biomass power plants, supporting green areas, and implementing smarter heating and cooling technology. Source: National Geographic 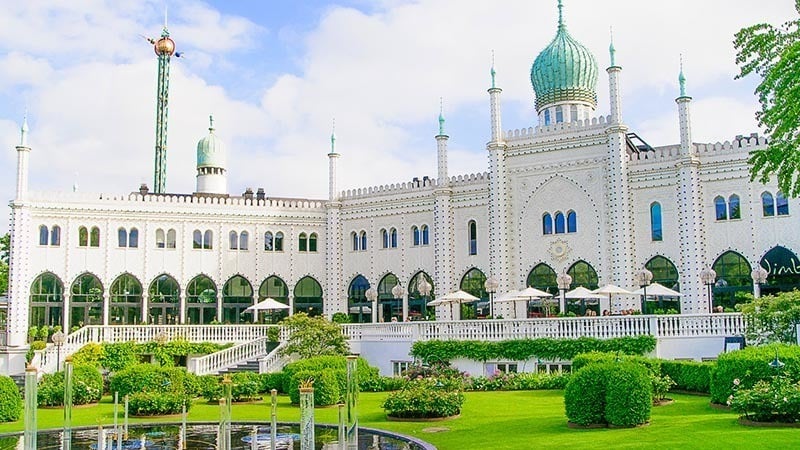 The city aims to be carbon neutral by 2025. City leaders are ploughing towards this goal by switching from coal to biomass power plants, supporting green areas, and implementing smarter heating and cooling technology. Source: On Board 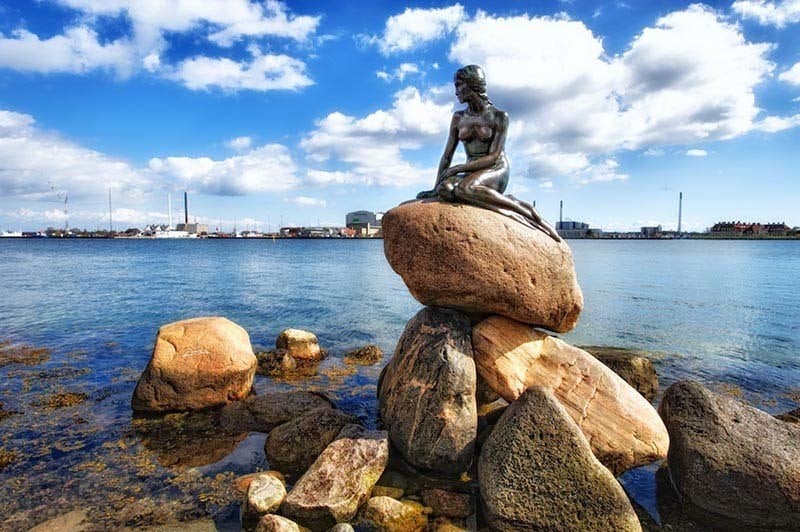 Copenhagen is one of the few capitals in the world in which you can drink quality water from the tap. Through simple water cleaning and efficient water management, the city ensures its citizens a safe supply of water. Source: Nomadic Pursuits 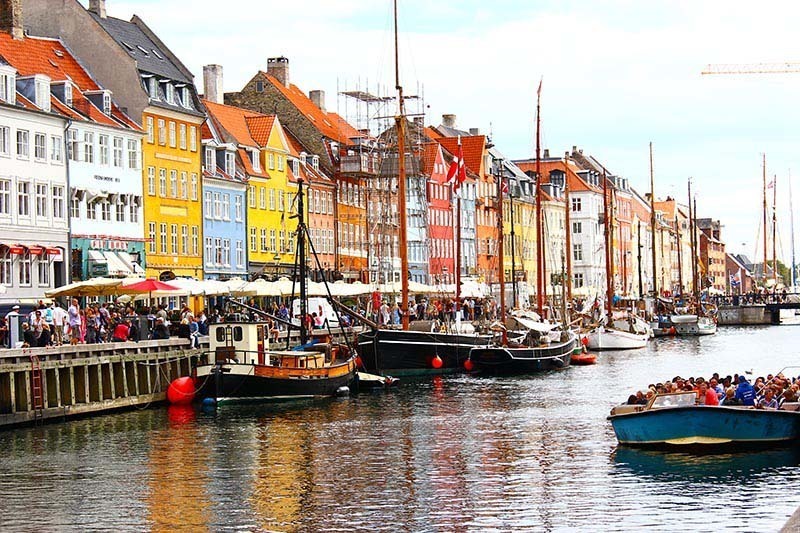 : City officials have implemented leak detection technology throughout Copenhagen, which brings pipeline water loss down to a minimal 8%. Some cities lose up to 50% of their water supply due to faulty plumbing. Source: Wordpress 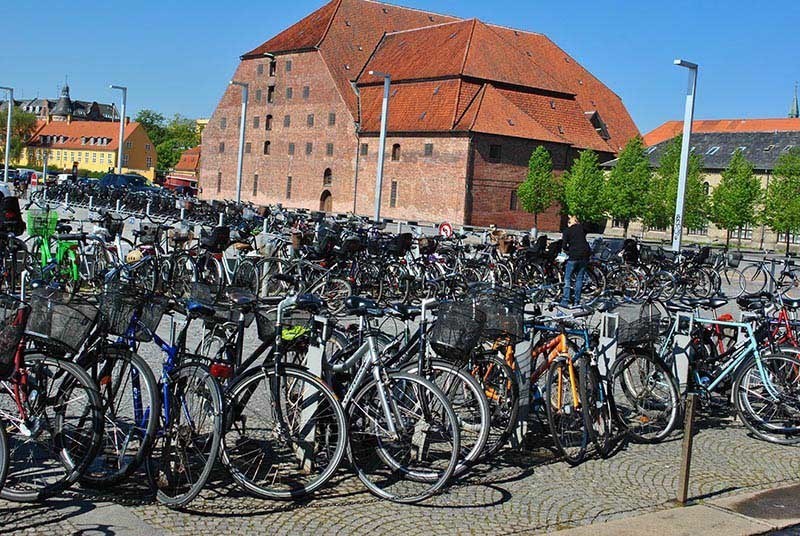 No doubt, Copenhagen is a city for bicycling. Bicycle transport reduces air pollution, accidents and traffic congestion, though admittedly bicycle congestion does exist. Nevertheless, Copenhagen consistently addresses these issues and has improved bike parking and access to meet the needs of its people. Source: Wordpress 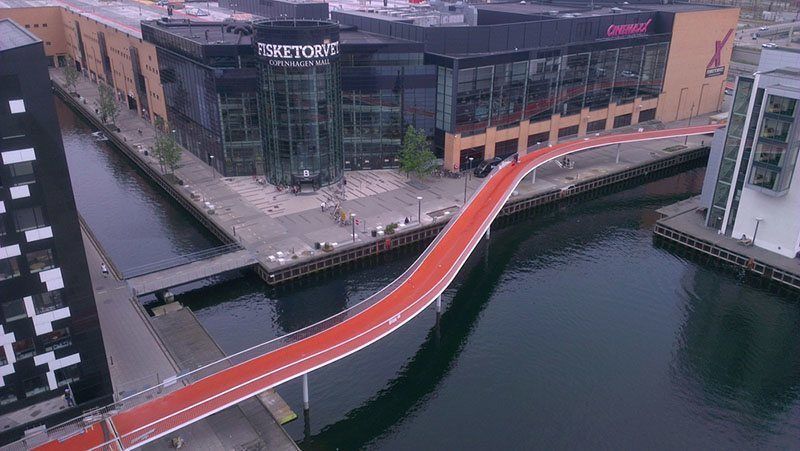 Designers developed the elevated cycle snake to provide bicyclists access between the highway and the harbor bridge without interfering with pedestrians or taking the bicyclists down heavily trafficked roadways. Source: Fastco Exist 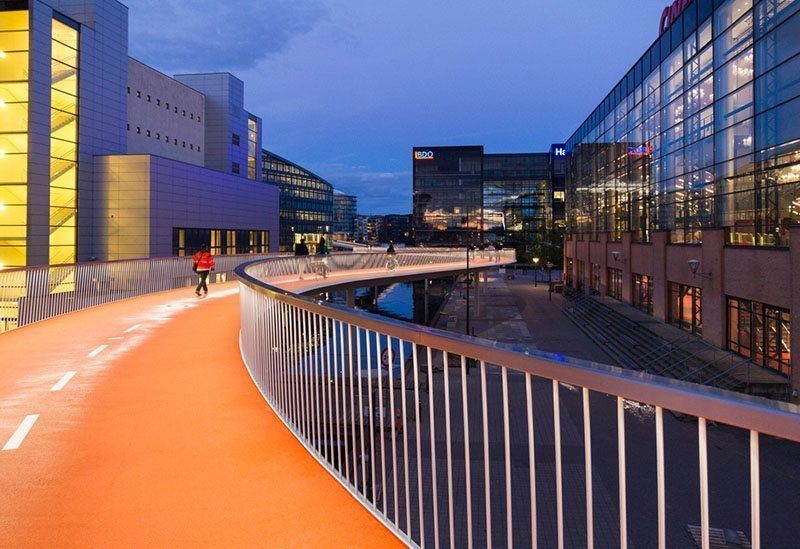 Copenhagen’s efficient transportation plan centers on transport integration. Separate lanes keep bicyclists away from cars and buses, and one ticket can be used to ride the metro, train or bus. Source: Fastco Exist 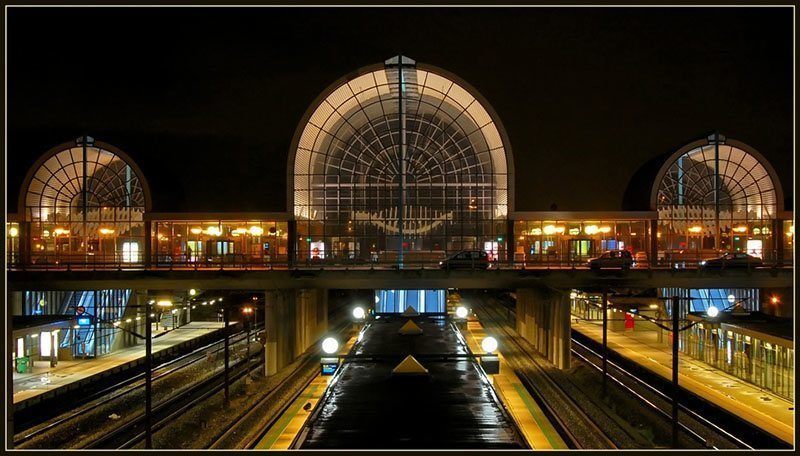 Technology has also improved the way public transportation riders get access. Tickets for the train, metro or bus can be purchased via text message, so there’s no standing around trying to get that ticket machine to work. Source: 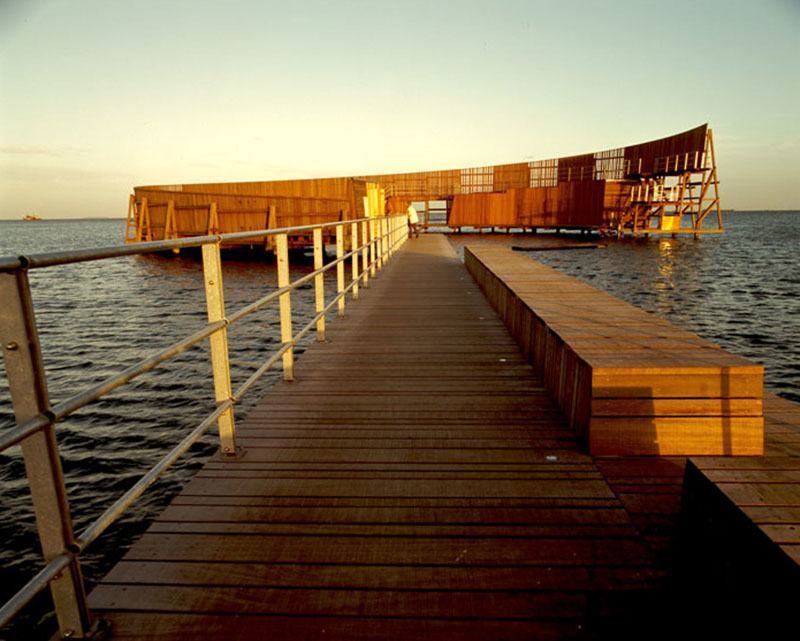 Fifteen years ago, Copenhagen’s surrounding waters were little more than wastewater overflow. Today, they’re the place to be during the summer. What incited such a shift? The city closed harbour overflow channels, and has installed a new sewage system which stores wastewater until it can be treated. Source: Wordpress 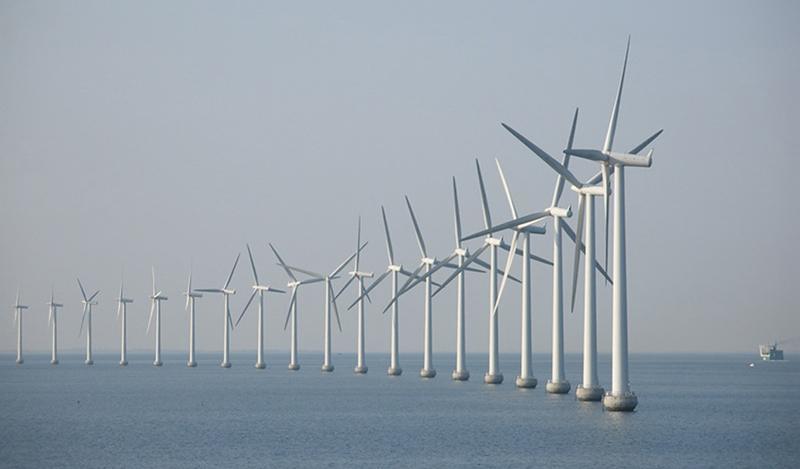 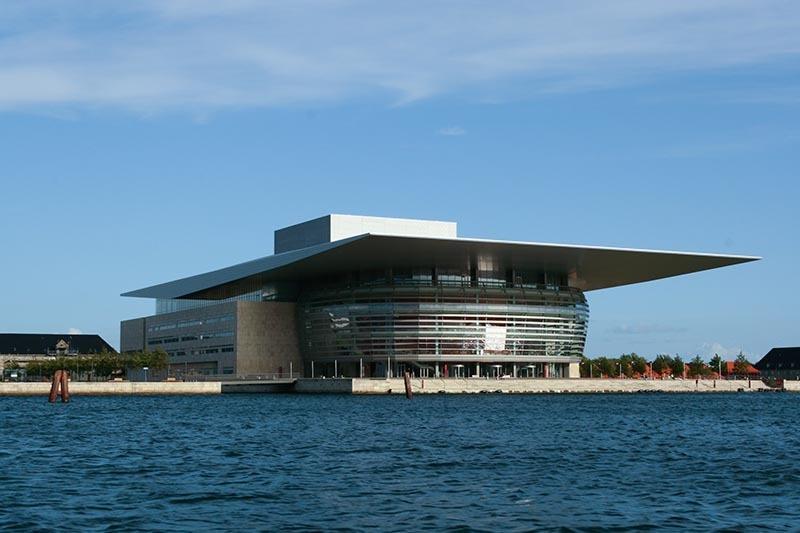 The city also benefits from open-minded residents who are willing to face the coming challenges with proper planning and investment. When the wind turbines were first installed, people were concerned about noise and appearance. After seeing the benefits of such technology, 91% of the people support the installation of more wind turbines. Source: Wikipedia 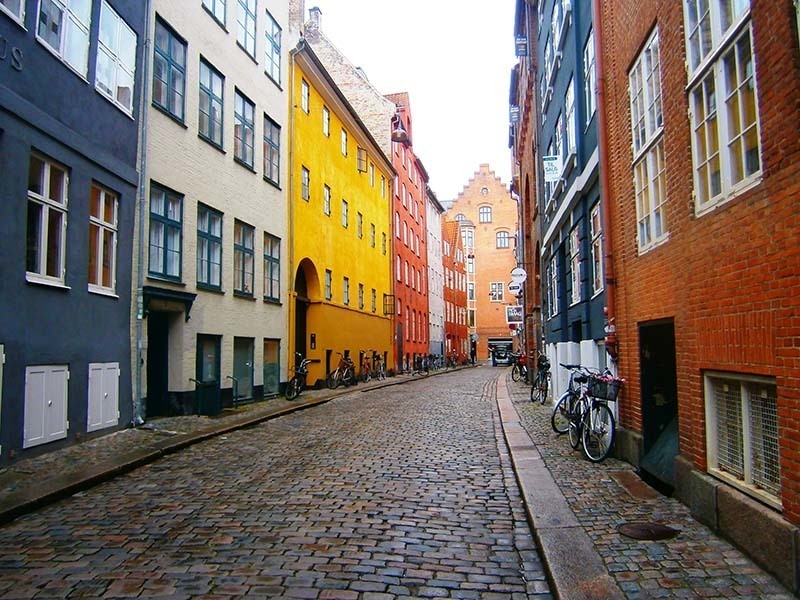 Danes are OK with higher tax rates than comparable nations, which helps explain the progress the nation is making regarding climate change mitigation and adaptation. Copenhagen’s approach may not be right for every global city, but perhaps it has something to do with the fact that Denmark is consistently the happiest country on Earth. Source: Wordpress

If you can't get enough of the Danish capital city, be sure to check out The New York Times' "36 Hours in Copenhagen" short below: