William Bentvena's death was one of the main plot points in Martin Scorsese's iconic film about the New York City mafia. 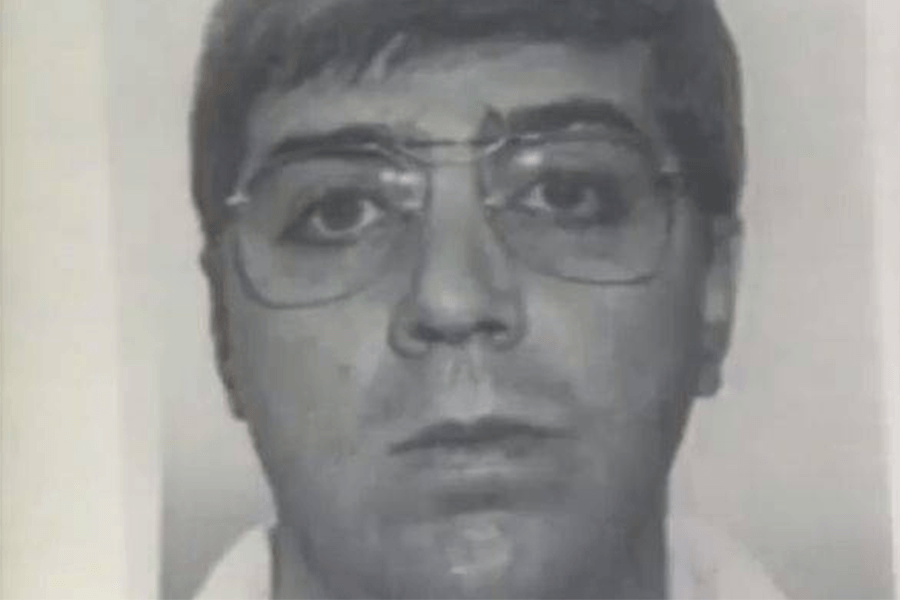 Not too much is known about the early life of Billy Batts. He was born in 1921 with the name “William Bentvena” (although even this is up for debate, as he was also known as William Devino) and worked his way up within New York’s Gambino crime family alongside his close friend, John Gotti. Batts had just gotten out of prison after doing 6 years on a drug-related charge the night his fate was decided in 1970.

According to Henry Hill, who told his life story to author Nicholas Pileggi in his book Wiseguys (which would later inspire Martin Scorsese’s Goodfellas), the families would throw a sort of “welcome back” party any time one of the boys got released from jail.

As Hill tells it, at Billy Batts’ welcome back party in 1970, he made a snide comment to fellow wiseguy Tommy DeSimone at the party, asking him to shine his shoes. DeSimone was notoriously hypersensitive as well as a loose cannon; he was fuming about the comment all night, but since Batts was a “made man” in the Gambino family, he was untouchable and as Hill said, “if Tommy so much as took a slap at Billy, Tommy was dead.”

DiSimone had to swallow his anger and bide his time; a few weeks later, he got his opportunity for vengeance at the Suite, a club owned by Lucchese family associate Jimmy Burke who was also a friend of DiSimone.

Hill recalled that on June 11 at the Suite, Burke held down Billy Batts while DeSimone shouted “Shine these f***** shoes” before proceeding to beat Batts in the head with his gun. The other wiseguys present at the scene panicked, knowing that the retribution for Batts’s murder would be ferocious, and helped stuff the body into Hill’s car before rushing off to bury it.

Unfortunately for them, Batts was not actually dead, and when they opened the trunk he “had to be killed again,” this time with a shovel and tire iron (instead of a kitchen knife, as portrayed in the notorious scene from Goodfellas).

Former JFK airport employee Kerry Whalen, who was working the night of the Lufthansia heist, wrote his own account inthe 2015 book Inside the Lufthansa HEI$T: The FBI Lied that shed some new light on Bentvena’s death.

Whalen used the freedom of information act in 2001 to obtain FBI documents relating to the heist. He received about 1300 pages, although much of the vital information (including names of agents) were redacted.

The famed Goodfellas scene where Billy Batts loses his life.

One of the FBI documents, dated August 8th, 1980, recounts the murder of “William Bentvena AKA Billy Batts.” According to the report, Batts and DeSimone were out at Robert’s Lounge, a bar owned by Burke, when Batts sneeringly asked DeSimone to “shine his shoes,” a comment that indeed caused DeSimone to go berserk.

Two weeks later, DeSimone and Burke encountered Batts at the Suite Bar and Grill in Queens. The insult clearly had not been forgotten, as they then proceeded with the “vicious beating of Bentvena.”

The Fate Of Billy Batts’ Murderers

DeSimone did not escape reprisal for William Bentvena’s murder, although the true details of his own gruesome end did not emerge until nearly thirty years later.

According to the 2015 book Hill published with journalist Daniel Simon entitled The Lufthansa Heist: Behind the Six-Million-Dollar Cash Haul That Shook the World, Tommy DeSimone was done in by three bullets from the gun of Batts’s old friend, John Gotti.

Hill claimed he withheld the details of the murder (which he had learned from a fellow mobster-turned-informant) from Pileggi during the writing of Wiseguys for fear of reprisals from those implicated.

As Hill tells it, the Gambino family had been stewing over the DeSimone’s murders of Billy Batts and another one of their men (Ronald “Foxy” Jerothe). Things finally came to a head when Gotti heard DeSimone was about to become a “made man” himself (and therefore untouchable) and asked to meet with the Lucchese family capo, Paul Vario.

Vario had his own reasons for wanting DeSimone out of the way, not only had the volatile gangster put the Lufthansa heist that Vario’s gang had orchestrated in jeopardy when he lifted his ski mask, but he had also attempted to rape Hill’s wife (whom Vario happened to be having an affair with) while her husband was in jail.

John Gotti reportedly told Vario that for him, DeSimone being made after having murdered his friend “as bad as putting a cactus up my a** I wanna whack the bastard, and I want you to give me the green light.”

Vario gave his assent, Gotti pulled the trigger, and DeSimone never emerged from the Italian restaurant he stepped into one January night in 1979.

After learning about William Bentvena, AKA Billy Batts, and his gruesome murder, check out Richard Kuklinski, the most prolific mafia hitman of all time. Then, read about Nucky Johnson, the real-life mobster behind Boardwalk Empire.