World War I Diary Recounting The Horrific Battle Of The Somme Found In The U.K.

Pvt. Arthur Edward Diggens' diary was written in pencil and spans from Feb. 13, 1916 to Oct. 11, 1916. It ends rather abruptly — but not because the soldier was killed in battle. 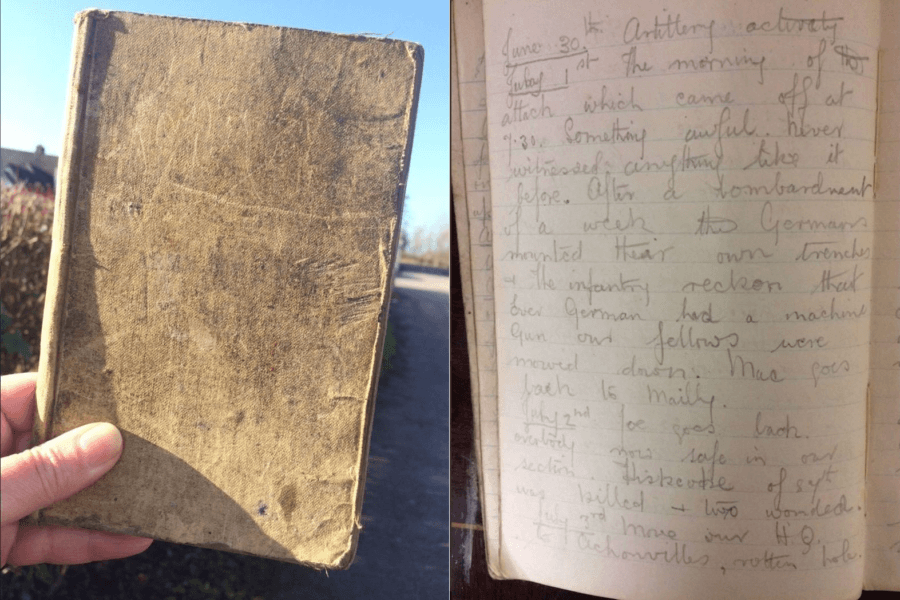 Hansons AuctioneersThe diary was found in a barn in Leicestershire, England.

A World War I diary journaling the Battle of the Somme has been found in a barn in Leicestershire, England. According to Fox News, it belonged to Pvt. Arthur Edward Diggens of the Royal Engineers.

The British soldier’s diary spans from Feb. 13, 1916 to Oct. 11, 1916. Described in tragic detail is the first day of the Battle of the Somme on July 1. According to Imperial War Museums, the historic operation of French and British troops staving off the Germans remains a painful memory from World War I.

“Something awful,” wrote Diggens on that fateful day. “Never witnessed anything like it before. After a bombardment of a week the Germans mounted their own trenches and the infantry reckon that every German had a machine gun. Our fellows were mowed down.”

Diggens’ diary is set to be auctioned off by Hansons Auctioneers on March 20 — more than a century after the soldier jotted down his thoughts. 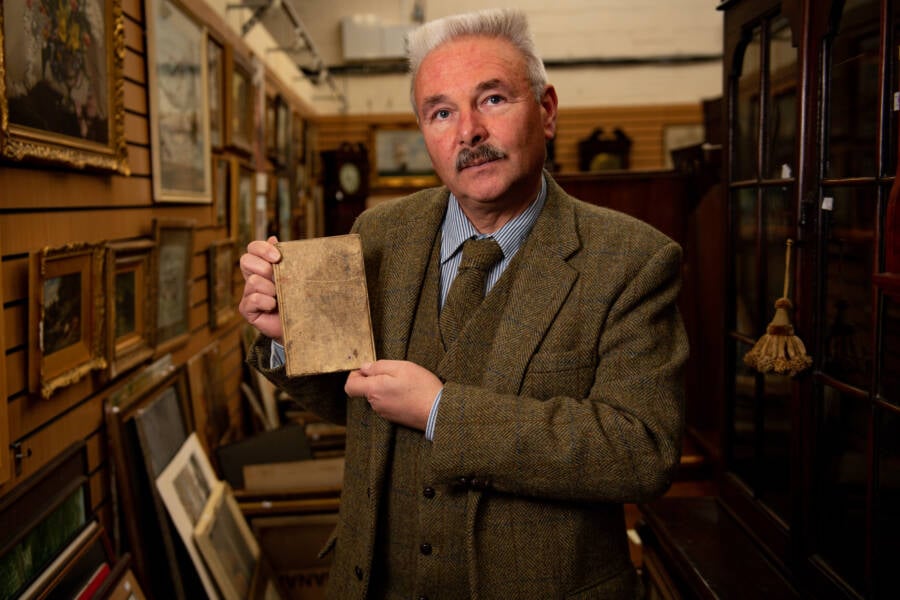 The Battle of the Somme began in July and ended on Nov. 18, 1916. Allied commanders had met the previous December to settle on strategies for the next year, when they agreed on a joint French and British attack near the River Somme that upcoming summer.

With the French taking heavy tolls at Verdun throughout 1916, it fell to the Brits to spearhead the action on the Somme. The Germans were well prepared, and had carefully laid out defenses for months prior to the battle. The Brits expected a quick breakthrough, but rapidly became entrenched.

To clarify just how deadlocked the bloody battle became, it took British troops 141 days to advance just seven miles. More than one million soldiers from all sides were either killed, wounded, or captured. The first day of battle saw 57,000 British casualties. 19,240 of them died.

It was the bloodiest day in British military history. In terms of how some British people view 20th-century combat, the Battle of the Somme is symbolic of the hopeless futility of war.

On the other hand, commanders learned valuable lessons on the Somme — without which they may have never been able to help win the war in 1918.

Some visual facts about the Battle of the Somme.

According to the auction house, the Battle of the Somme saw one soldier killed every 4.4 seconds during the initial attack, which Diggens apparently participated in. The box that his diary was discovered in also contained various other forms of military memorabilia.

“The owner had no idea who any of the items related to but said his mother had been the recipient of old family heirlooms,” said Hansons’ expert Adrian Stevenson. “It’s a complete mystery how this Somme diary ended up in the Midlands, particularly as Arthur was born in London.”

“I’m just relieved such an important piece of military history has been found and can now be preserved.”

Stevenson noticed upon receiving the diary that it ended quite abruptly on Oct. 11, 1916, and he assumed Diggens may have died. To his surprise, the soldier was rather fortunate.

“We feared Arthur must have been a casualty of the conflict but my research proved otherwise,” said Stevenson. “Not only did he survive the First World War, he returned to his loved ones in England and became a husband and father.” 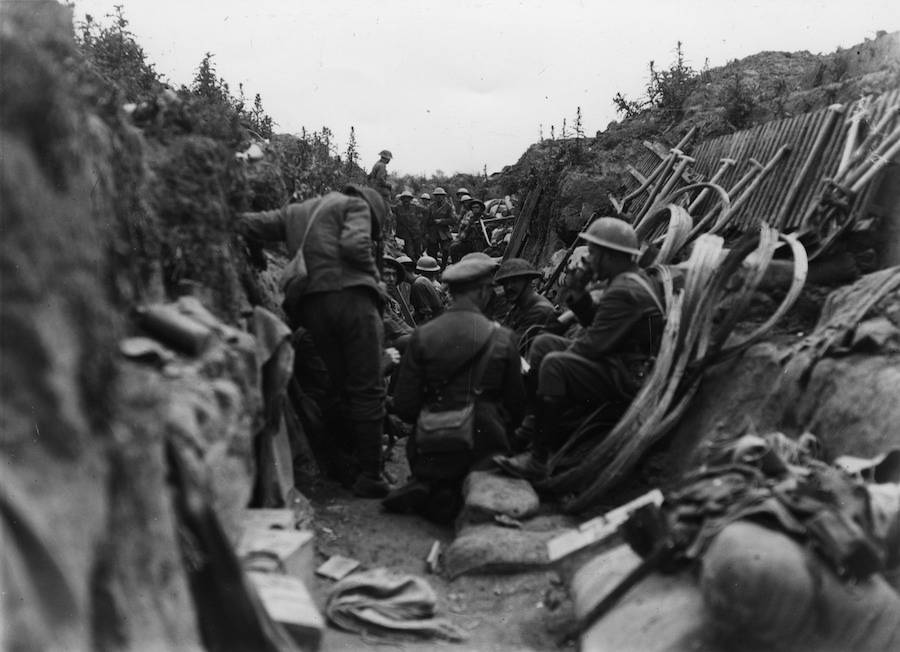 Robert Hunt Library/Windmill Books/UIG via Getty imagesSoldiers in the trenches during the Battle of the Somme.

“Happily, he went on to marry his wartime sweetheart Alice (née Phillips) in 1919 and was soon a proud father. Alice gave birth to a son in 1920 — also called Arthur.”

As for Diggens’ previous military history, he participated in the disastrous Gallipoli campaign in Turkey during which allied troops suffered a major defeat. He kept a diary there, too, though it was sadly lost in the mail when he tried to ship it home.

“We also know why his diary ended suddenly,” said Stevenson. “Alice sent him a new address book, which he used as a diary from Oct. 1916. That, too, has been lost.”

There’s no telling just how many countless invaluable objects have been lost to the whims of fate and chaos of wartime. World War I robbed more than 700,000 British troops of their lives, and wounded nearly 1.7 million. In total, the war killed 13 million military personnel and wounded 21 million.

In the end, it’s diaries like these that should serve to remind us just how costly these conflicts can be.

After learning about this newly discovered World War I diary, take a look at 31 remarkable photos from World War I. Then, learn about Renia Spiegel’s secret Holocaust diary being published 70 years later.