Renia Spiegel had just turned 18 when the Nazis found her in hiding and murdered her. But her 700-page diary survived. 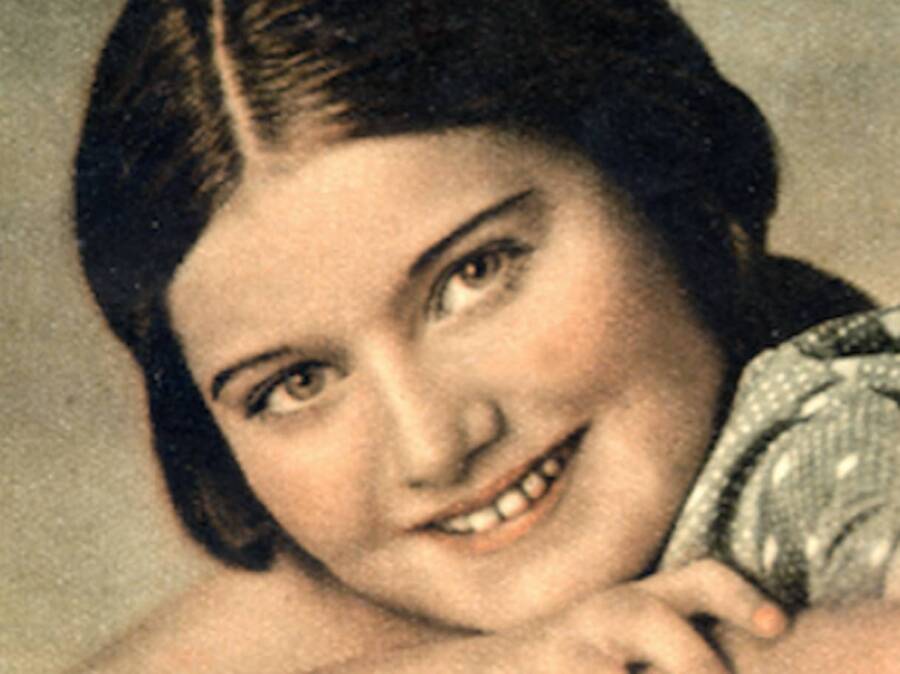 “I have only read some of it because I used to cry all the time,” Elizabeth told the BBC.

What was once a personal diary is already being compared to the diary of Anne Frank due to its literary color and historical clarity. The journal is “an extraordinary testament to both the horrors of war, and to the life that can exist even in the darkest times,” said Penguin Books.

It begins in January 1939, with 14-year-old Spiegel navigating bombing raids in her hometown of Przemyśl, Poland, which was then under Soviet occupation.

After the Nazis invaded in 1941, Spiegel vividly described the first-hand horrors of the Holocaust. Bombs fells, Jewish families disappeared, and the Nazis created a Jewish ghetto in 1942. 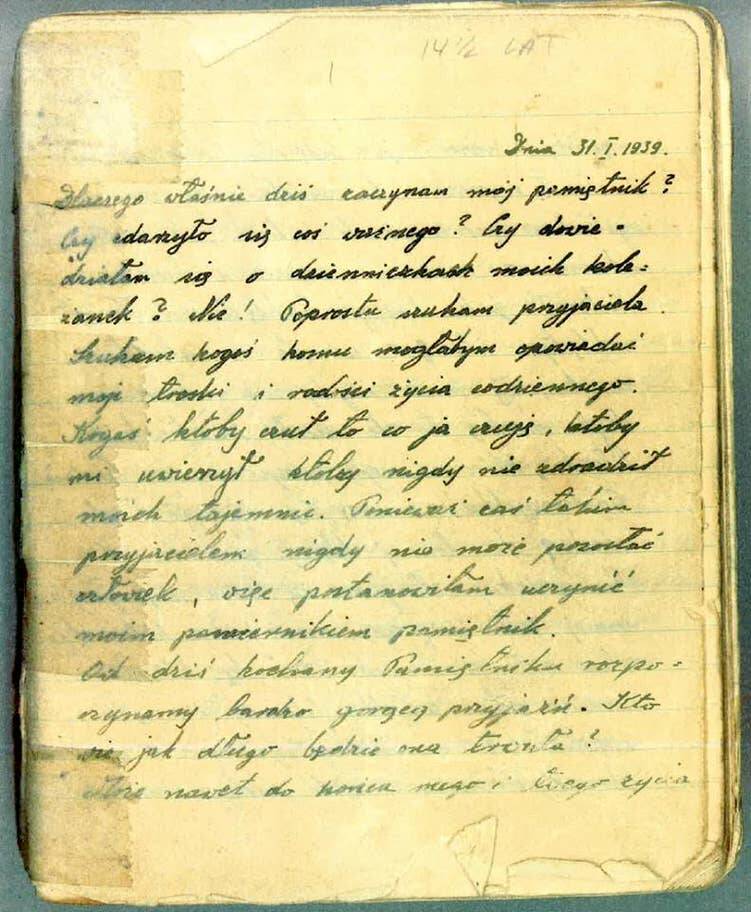 Amidst the suffocating chaos, Spiegel and her sister got separated from their mother, whom she called “Bulus.” Nearly every diary entry of Spiegel’s concludes with “God and Bulus will save me.”

An aspiring poet, the Polish teen filled her journal with compositions alongside descriptions of her daily life in Soviet- and Nazi-occupied Poland.

“Wherever I look, there is bloodshed. Such terrible pogroms. There is killing, murdering. God Almighty, for the umpteenth time I humble myself in front of you, help us, save us! Lord God, let us live, I beg You, I want to live! I’ve experienced so little of life. I don’t want to die. I’m scared of death. It’s all so stupid, so petty, so unimportant, so small. Today I’m worried about being ugly; tomorrow I might stop thinking forever.” June 7, 1942

Parts of Spiegel’s journal are terribly bittersweet, as she joyously describes falling in love for the very first time — while the reader knows how things will ultimately end. Spiegel and her boyfriend, Zygmunt Schwarzer, shared their first kiss mere hours before the Nazis reached Przemyśl.

In July 1942, the Nazis found Spiegel hiding in an attic after she had escaped from the ghetto. She left her diary in the safe hands of her boyfriend, who wrote the tragic, final entry:

“Three shots! Three lives lost! All I can hear are shots, shots.” 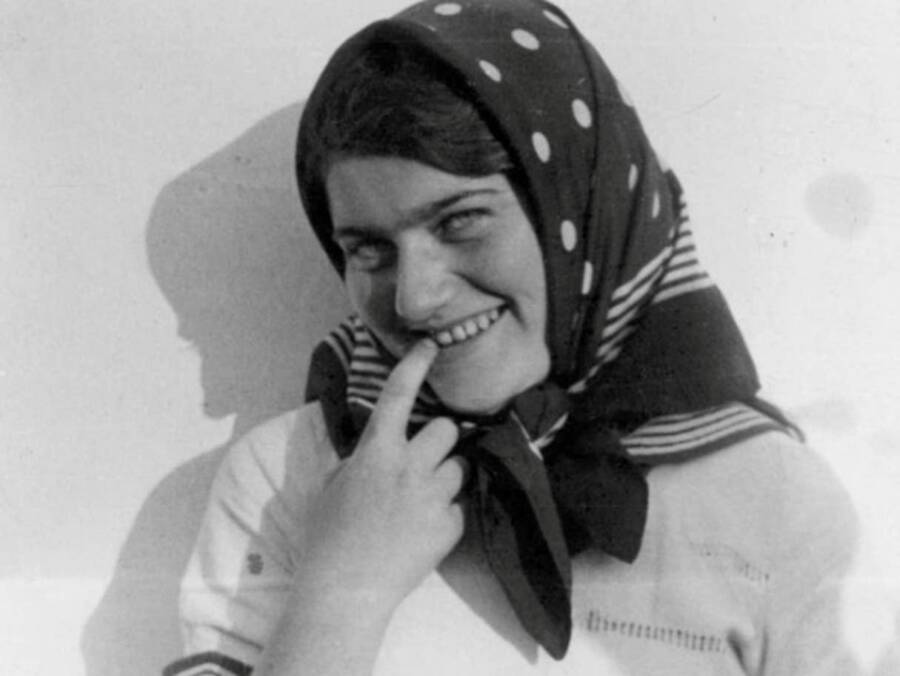 Bellak Family ArchiveIn her diary, Renia Spiegel chronicled the steady disappearance of Jewish families around her, bombing raids, and falling in love for the very first time.

From then on, Schwarzer made sure his lover’s diary survived the war.

He was deported to Auschwitz, but left the book with someone else before he left. He managed to survive the concentration camp and retrieved the diary before migrating to the United States.

In 1950, eight years after Spiegel’s murder, Schwarzer returned the diary to Spiegel’s mother and sister, who were living in New York. Elizabeth couldn’t bear to read it but understood its value. She deposited it in a bank vault where it remained until 2012, when her daughter Alexandra Bellak decided to have it translated. 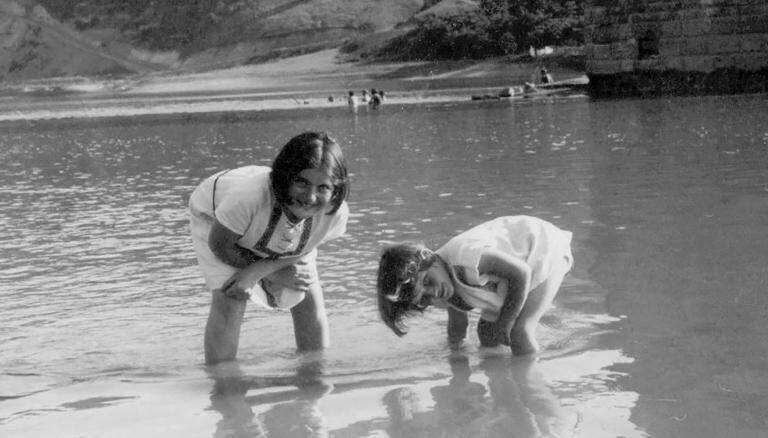 “I was curious about my past, my heritage, this special woman I was named after (middle name is Renata) and I don’t speak Polish (thanks mom!) And she never read it as it was too painful,” Bellak told CNN.

“I understood its depth and maturity, and fine writing and poetry, and with the rise of all the isms — anti semitism, populism and nationalism — both me and my mom saw the necessity in bringing this to life.”

Bellak’s 87-year-old mother could only bear to read “the excerpts that were printed in the Smithsonian,” said Bellak.

Bellak herself said she was “heartbroken” upon first reading Spiegel’s diary. From the very first entry on Jan. 31, 1939, her genuine optimism is hard to bear:

“I’m looking for someone, to whom I could tell my worries and joys of everyday life….From today on, we start a hearty friendship. Who knows how long it will last?”

After learning about the secret Holocaust diary of Renia Spiegel, take a look at Holocaust photos that reveal heartbreaking tragedy only hinted at in the history books. Then, learn how midwife Stanlislawa Leszczyńska delivered 3,000 babies at Auschwitz.