Next, scientists will have to figure out a way to safely implant these two embryos in a surrogate mother. 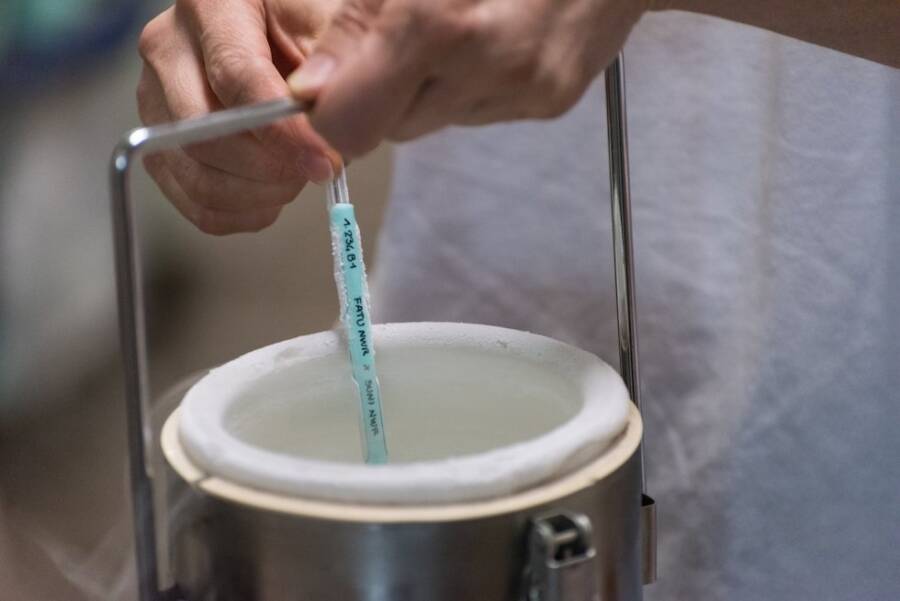 Ol Pejeta/TwitterThe embryos are now stored in liquid nitrogen and will be transferred to a surrogate mother.

After years of last-resort attempts to save the northern white rhino from extinction, scientists have finally achieved a breakthrough in prolonging the species’ survival.

An international consortium of scientists used eggs from the only two surviving northern white rhinos in the world, mother-daughter duo Najin and Fatu, and fertilized them with sperm harvested from deceased males of the species. The last male, Sudan, died in 2018 leaving the northern white rhino species in peril.

The species’ chances of survival are so fragile, in fact, that Najin and Fatu have since been kept under 24-hour armed guard surveillance in Ol Pejeta Conservancy in Kenya.

Luckily before Sudan’s death, a team of reproductive biologists and zoologists collected samples of the male rhino’s DNA and sperm, and added them to a small repository of genetic material from other deceased northern white rhino males.

Scientists had built the repository of genetic material so that they could continue breeding efforts through IVF after the last rhinos had passed.

The incredible feat of creating viable northern white rhino embryos through IVF for the first time involved a number of conservation agencies and laboratories, some cross-continent shipping, and, of course, years of preparation.

Finally, three weeks ago a team of conservation scientists assembled at the Ol Pejeta Conservancy collected oocytes (immature eggs) from both Najin and Fatu, a procedure that had never been attempted before. The scientists successfully collected 10 white rhino eggs — five from each female. After an incubation process, seven of the eggs (four from Fatu and three from Najin) matured and became suitable for fertilization.

Next, the eggs were air-lifted to the Avantea Lab in Cremona, Italy, where another team of scientists fertilized those eggs.

The eggs were injected with sperm from two deceased male northern white rhinos, Suni and Saut. Unfortunately, Saut’s sperm was of poor quality, so Najin’s eggs did not take. Of the total seven eggs, only two were successfully created viable embryos, both belonging to Fatu, the younger of the two female rhinos.

Despite the pitfalls, two viable northern white rhino embryos is a miracle in itself. But the challenge is not yet overcome. The fate of the entire species hangs on the successful implantation of these embryos in a surrogate rhino in the future.

“Today we achieved an important milestone on a rocky road which allows us to plan the future steps in the rescue program of the northern white rhino,” said Thomas Hildebrandt from the Leibniz Institute for Zoo and Wildlife Research, one of the partners involved in the international project, in a statement. 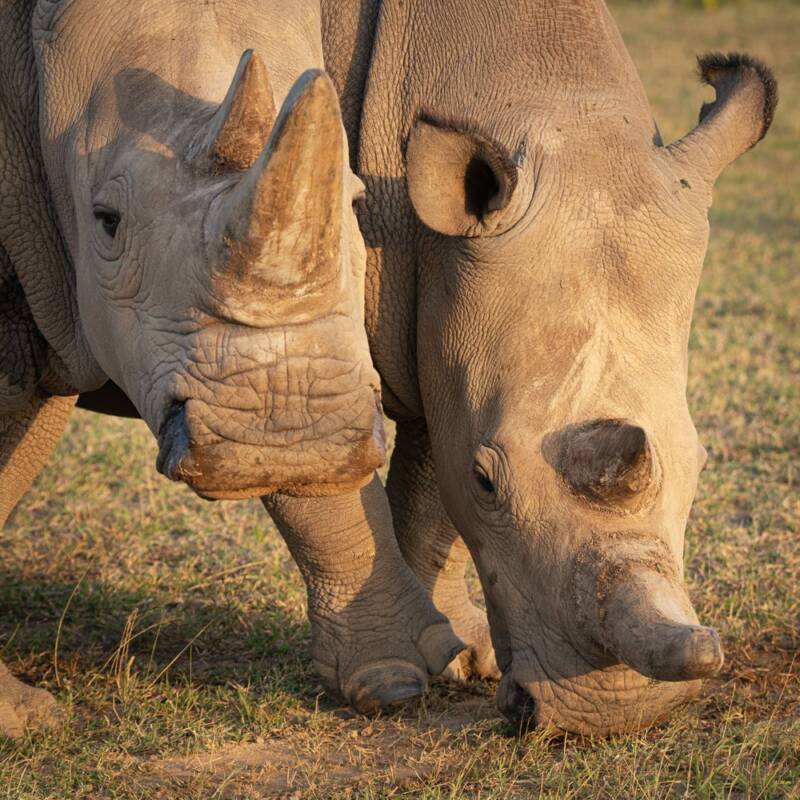 Ol Pejeta/TwitterMother-daughter Najin and Fatu are the only living northern white rhinos in the world.

The IVF operation was part of a project called “BioRescue” which aims to advance assisted reproduction technologies (ART) and stem cell-associated techniques to prevent the extinction of animal species, like the northern white rhino.

Because both Fatu and Najin are too old to carry their own offspring to term, the consortium hopes to implant these embryos into a southern white rhino — the northern white rhino’s closely related cousin.

Like their relatives from the north, the southern white rhino population has seen a dramatic drop due to over-poaching and environmental threats to their natural habitat. The good news is that southern white rhinos have begun seeing population growth in recent years following increased conservation efforts across Africa.

It seems there is hope yet to save the near-extinct northern white rhino from total annihilation in our lifetime.

Next, check out the extinct pygmy woolly mammoth that scientists found on a Siberian Island. Then, learn about the under-told story of the Trail of Tears, the government-sanctioned genocide of 100,000 Native Americans in the U.S.