Historic Battlefields Then And Now

The setting of the Battle Of Stalingrad, then and now. Source: NNM (left) and LiveJournal (right)

Battles are actually unusual in military history. It’s far more common for one side to be willing or able to fight and for the other side to collapse at once or wage a guerrilla war than it is for rival armies to roll the dice on a few confrontations. Battles are what happen when both sides actually show up armed and looking for trouble.

The desperate courage exhibited in battle seems to charge the land itself with energy, as if the places where nations have thrown away the lives of their young men – mostly for reasons that seemed really important at the time – are made sacred with the passage of time. Sometimes the land is literally marked, and sometimes there’s nothing left but a little plaque.

Below, discover some of the historic battlefields that have scarred the land and marred the pages of your history book, and see how they look today. 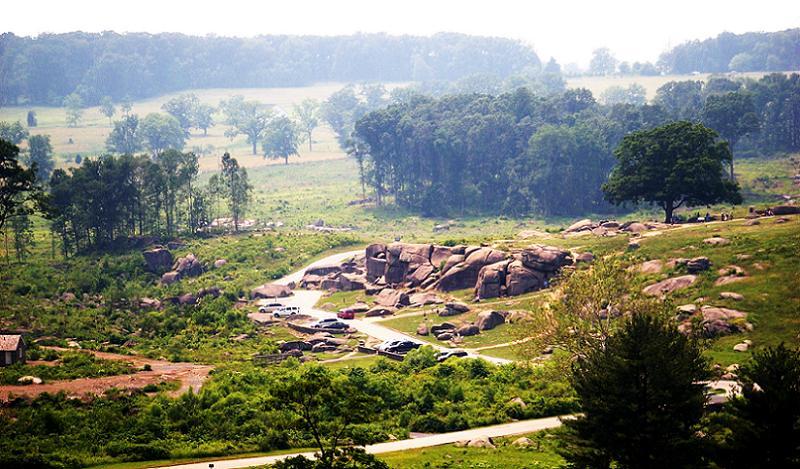 If the Middle of Nowhere had a capital city, that city would be Gettysburg, Pennsylvania. Even today, Gettysburg is an itty-bitty little town in the southeastern corner of the state, and nothing of any global significance happens there. Gettysburg has only been important once, for roughly 72 hours from July 1-3, 1863, when, during the Civil War, the two largest armies on Earth crashed into each other in and around the town and waged the biggest battle ever fought in the Western Hemisphere. Source: WordPress 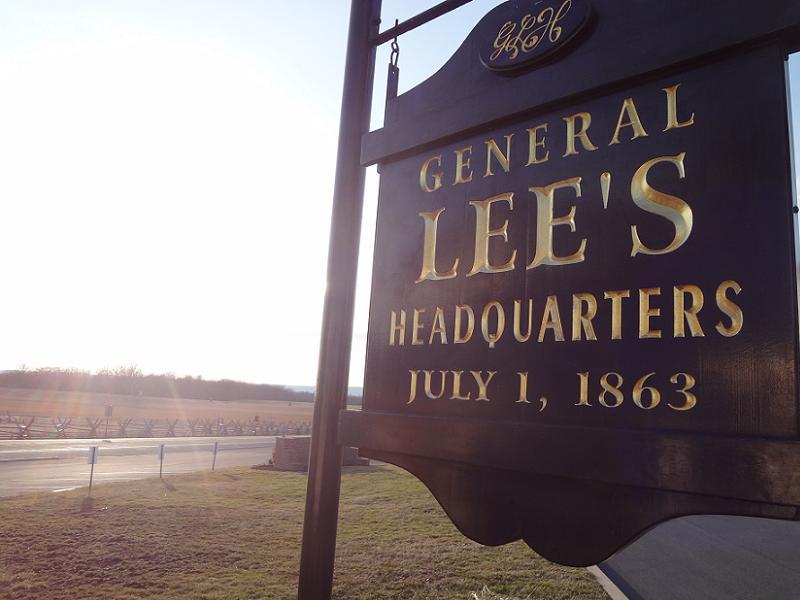 The battle began when the Confederates, approaching from the north and west, drove Union forces out of the town. Lacking artillery, the only way the Confederates could do that was with house-by-house fighting at extremely close range. It was a bloody mess, and the bodies were left on the ground – in the summer heat – for the better part of a week. Source: WordPress 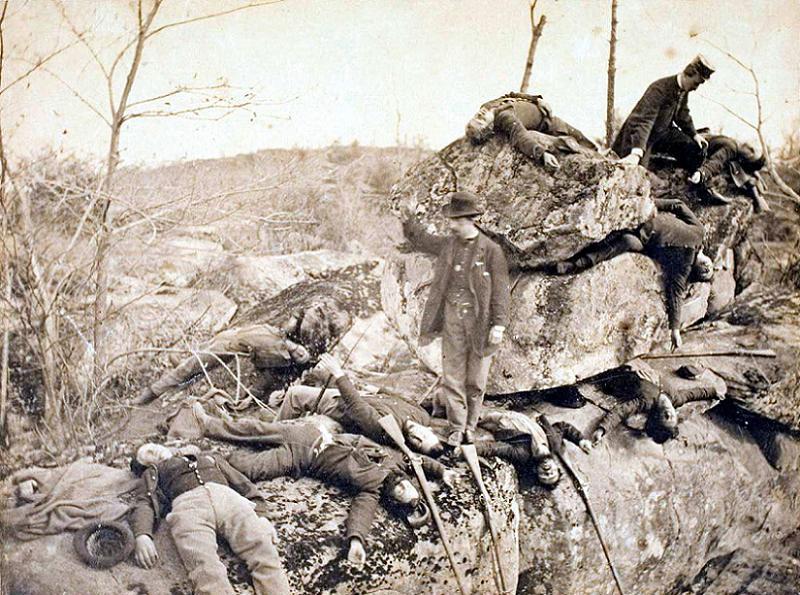 Today, Devil’s Den, a boulder-strewn field, is a pleasant hike, but on day two of the battle, it was the place where the Union III Corps was devoured by Confederate General Longstreet's advancing forces. Union General Meade sent over 20,000 men into the gap, where they launched one desperate charge after another, only to be beaten back. However, Longstreet's charge ended soon after at the nearby hill, Little Round Top. Source: Civil War Talk 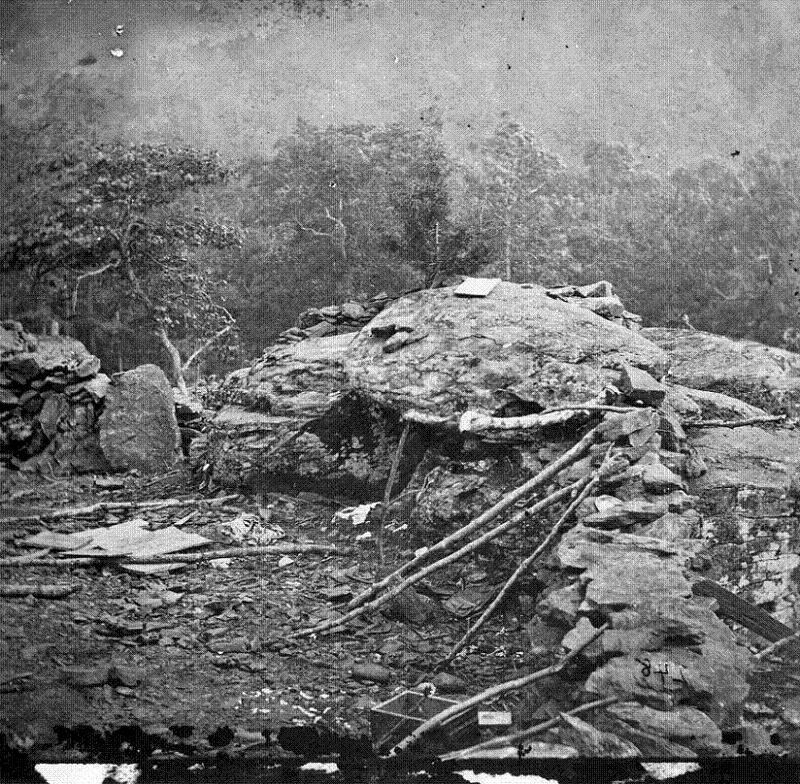 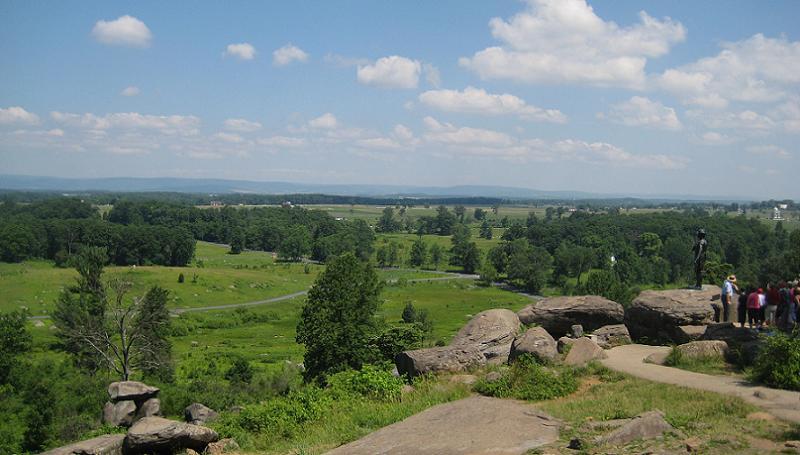 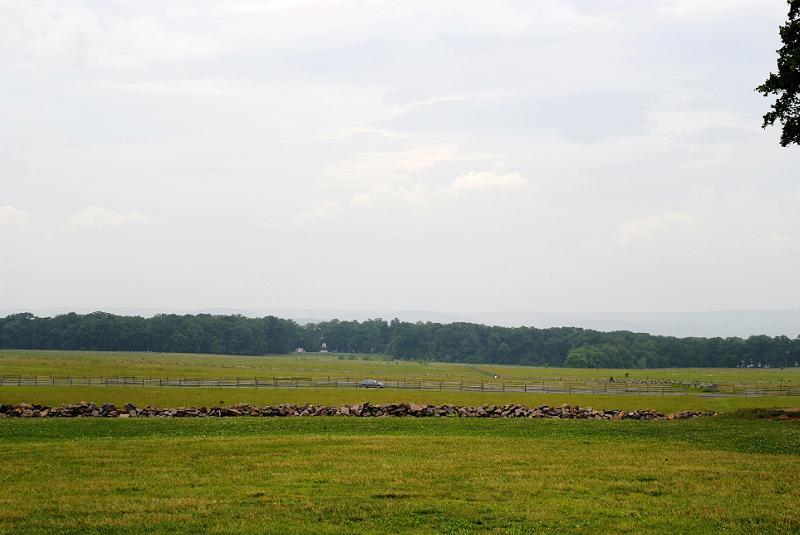 Pickett's Charge was the infamous and ultimately futile final assault made by the Confederates at Gettysburg. Historians argue that the South never recovered and that this was the tipping point of the war. Legendary southern author William Faulkner once wrote, about the charge: "For every Southern boy fourteen years old, not once but whenever he wants it, there is the instant when it's still not yet two o'clock on that July afternoon in 1863, the brigades are in position behind the rail fence, the guns are laid and ready in the woods and the furled flags are already loosened to break out . . . and it's all in the balance, it hasn't happened yet, it hasn't even begun yet, it not only hasn't begun yet but there is still time for it not to begin. . ." This is the view from the Union position overlooking Pickett's Charge today. Source: Lost Lampshades 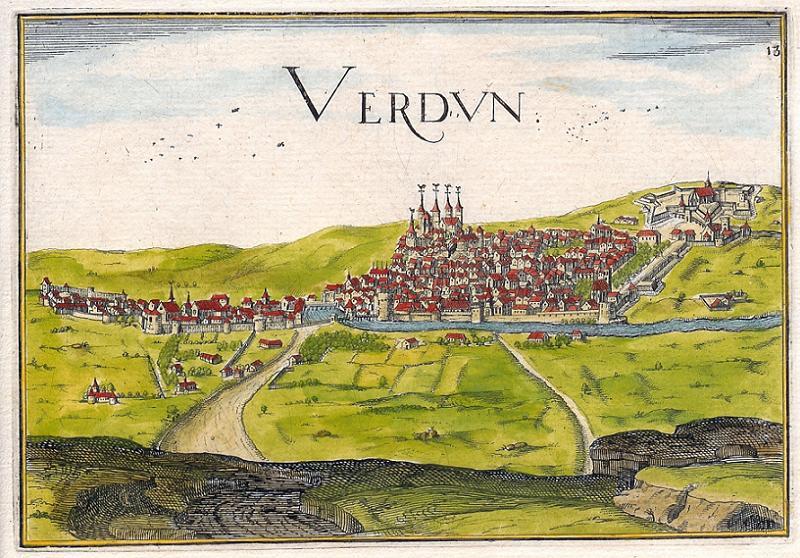 Verdun was a small town founded by the Gauls. Throughout the Middle Ages, it was known for producing, of all things, sugared almonds. In 1792, French and Prussian forces fought a small battle there, which ended with victory for the Prussians. In 1916, during World War I, the German army decided to focus all its power on crushing the French in the same place. For the rest of the century, old men in both countries would bolt upright in bed, screaming from the horror they survived there. Source: Wikimedia Commons 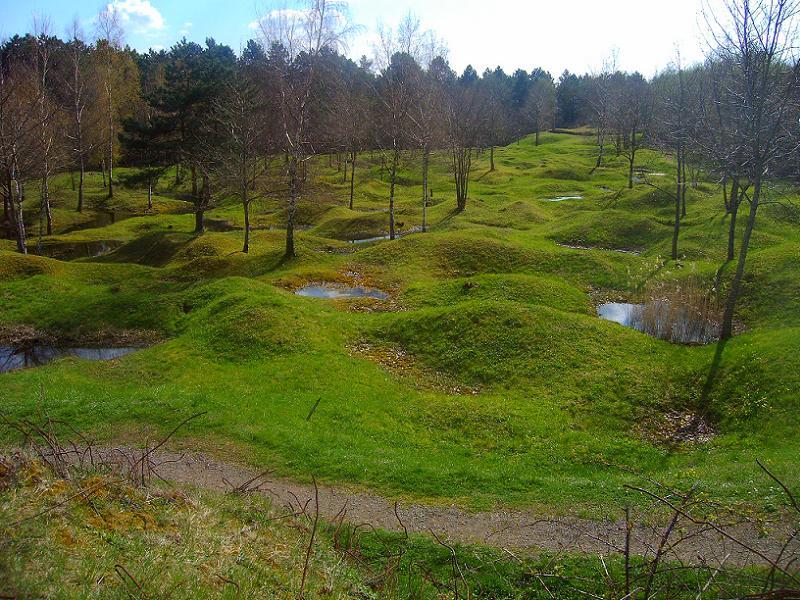 By February 1916, the Germans were all out of ideas. Every attempt at a breakthrough had failed, and both sides were stalemated in their trenches. The philosophy behind the German attack was as simple as it was brutal: kill everything. Throw so much firepower at the French that there just won't be enough people left alive to resist the German advance. The fight started with one of the heaviest artillery bombardments in history, which is why so much of modern Verdun looks like the world's most challenging golf course today. Source: Wikipedia 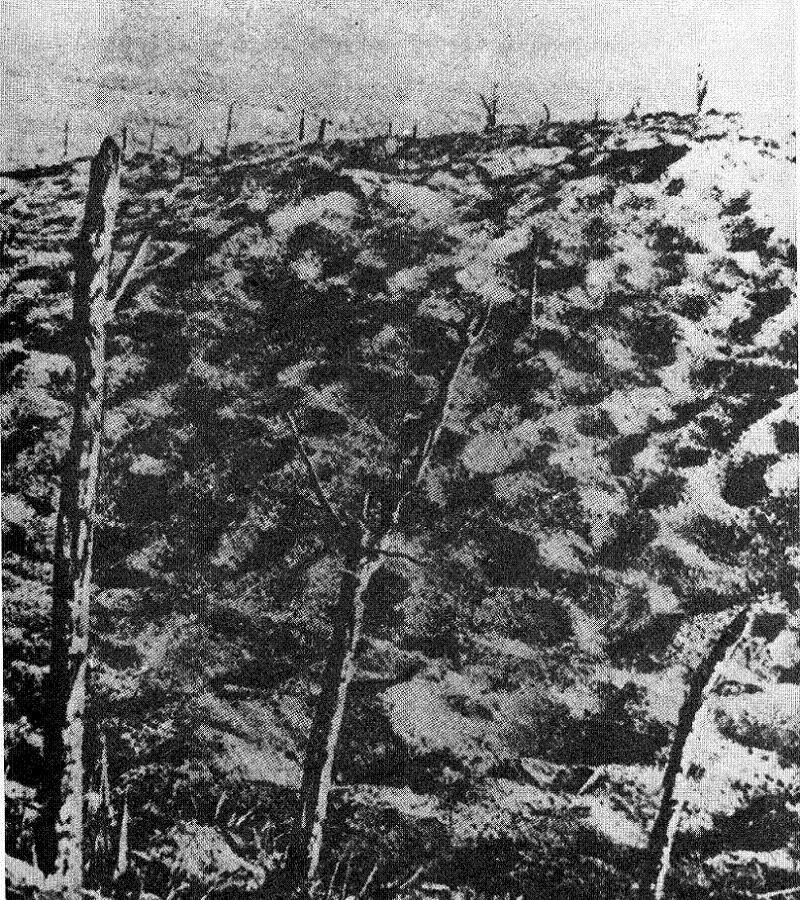 The Germans brought 1,200 heavy guns to Verdun, and they laid down 2.5 million shells in the initial bombardment. No battle had ever been fought on such a scale before, and the fight would drag on for 10 months, from February 21 to December 16. The horrific bloodshed even spun off another battle – the Somme – where the English attacked to relieve some of the pressure on Verdun to the south. Source: Wikimedia Commons 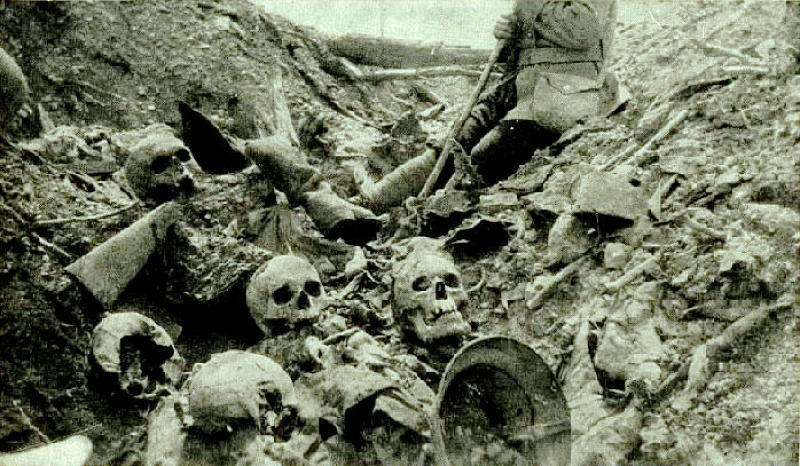 Nobody is really sure how many men died at Verdun. It is likely that the Germans endured about 340,000 casualties in a failed attempt to take the town, while the French endured about 375,000 successfully defending it. Furthermore, the British saw about 420,000 casualties along the Somme River, where there were another approximately 200,000 French casualties and about 600,000 German casualties. Source: Blogspot 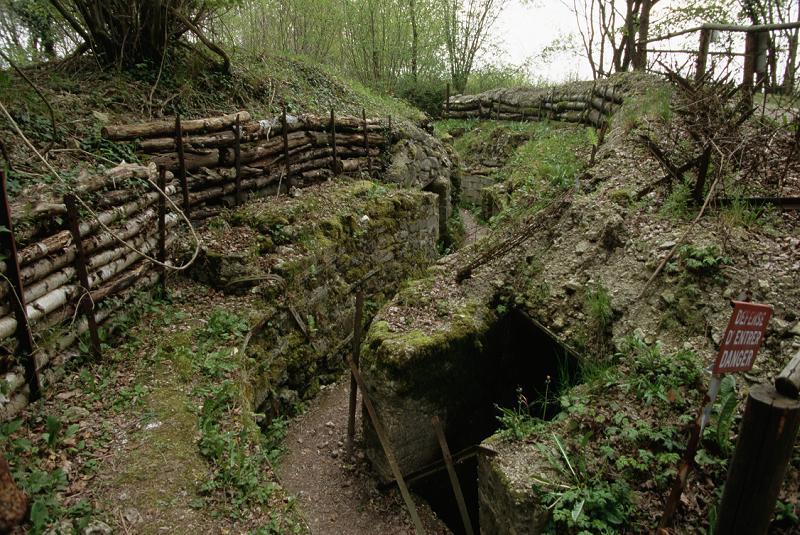 The remains of a German command bunker. Source: History 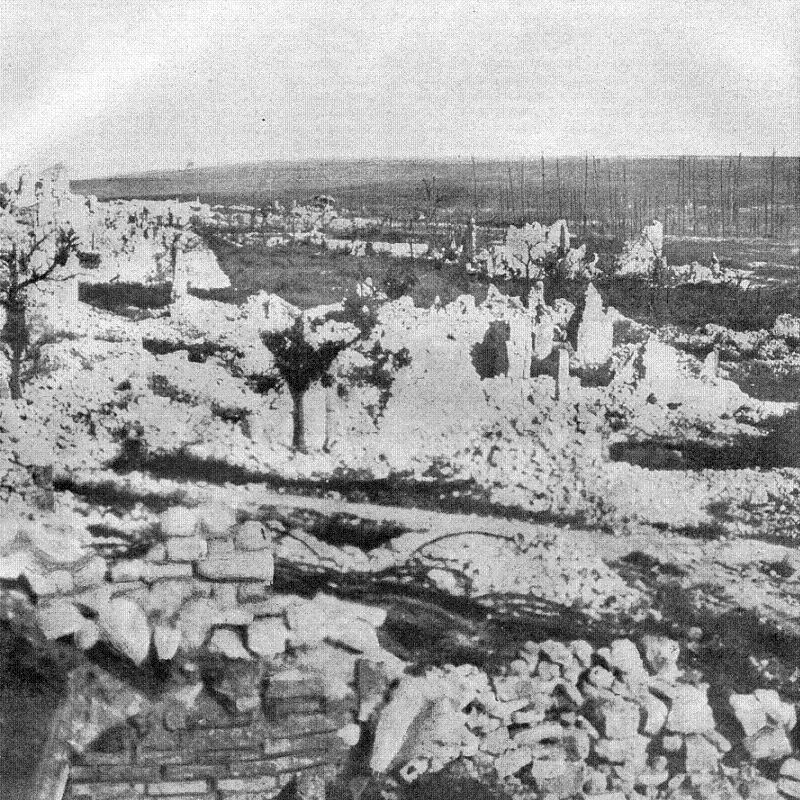 This used to be the French town of Houcort, near Verdun, which was once surrounded by a dense forest. Source: Wikipedia 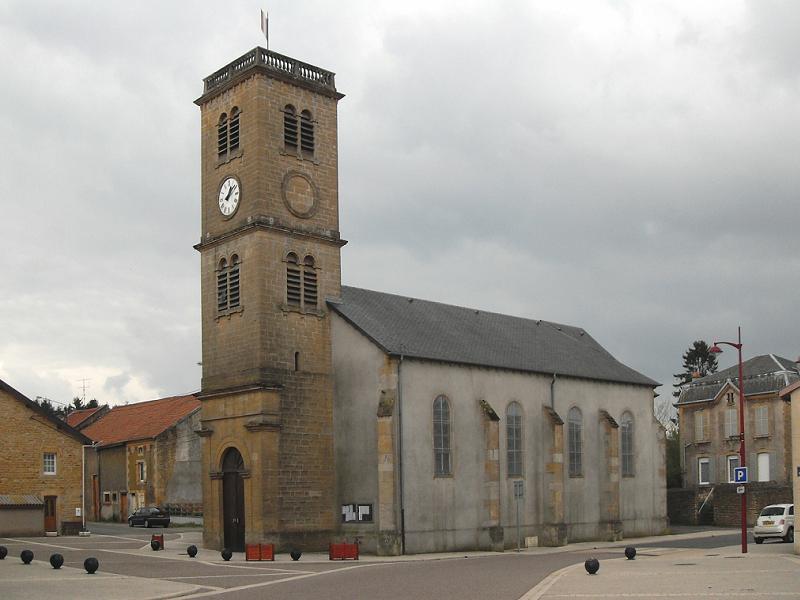 They've cleaned the place up a bit. Source: Wikipedia 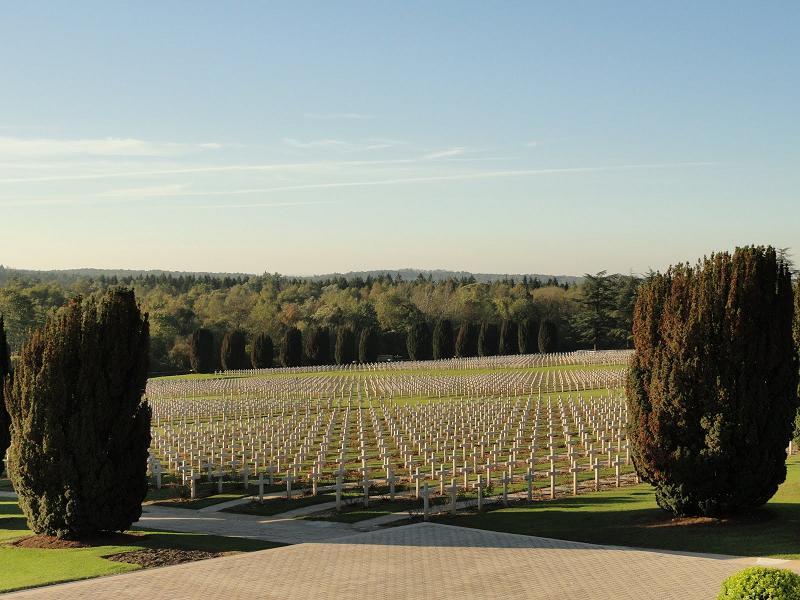 This is part of one cemetery near Verdun. It's one of 192 such places set aside for German dead in France. This one holds perhaps one-sixth of the casualties the Germans lost in the battle. There are many, many more sites for French, English, Australian, Canadian, South African, and New Zealand soldiers within walking distance. Source: Blogspot 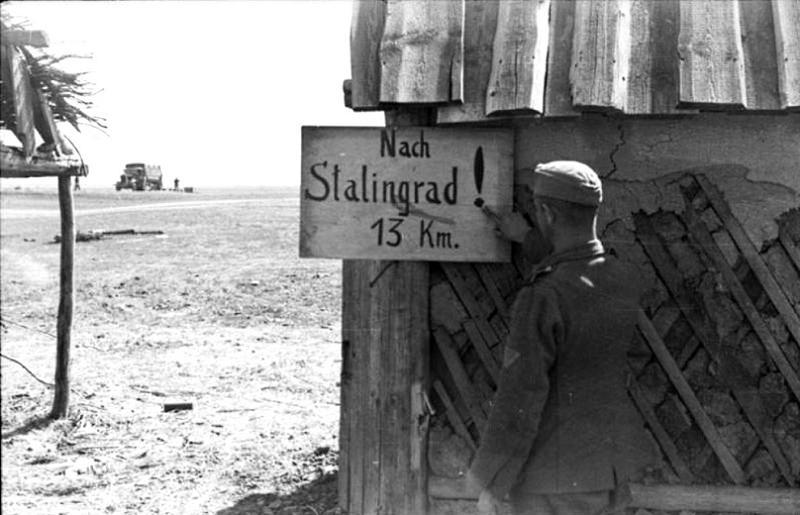 In 1942, during Word War II, the German offensive in Russia shifted south, toward the oil fields in the Donets basin. In support of the advance, the Sixth Army was dispatched to fight a little sideshow in one of the USSR's industrial cities: Stalingrad. Source: Tumblr 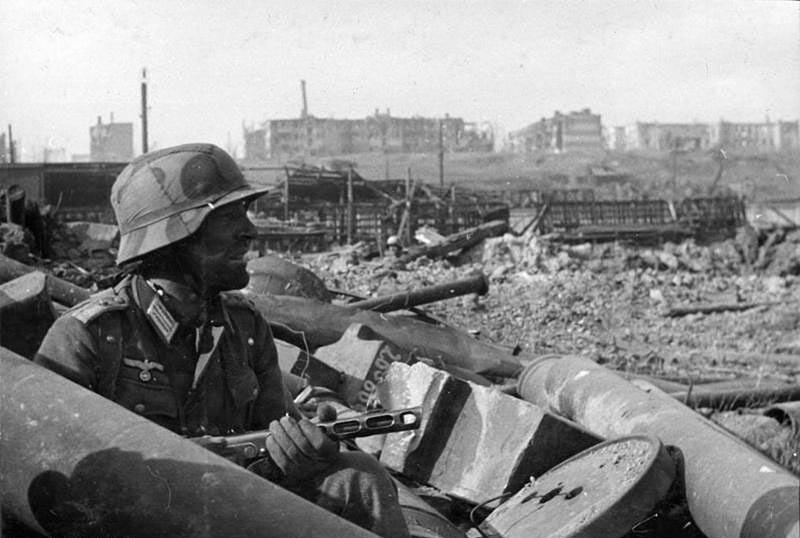 When the Germans got to Stalingrad, Soviet leader Joseph Stalin issued his famous "no retreat" order, which basically meant that any officer who ordered a retreat without permission would be shot. German officers had been given similar orders. Here, a German special forces officer deals with the consequences of that resolve. Note that the gun he's holding is a PPSh Russian submachine gun, suggesting that he's either lost his own weapon or run out of ammunition. Source: Blogspot 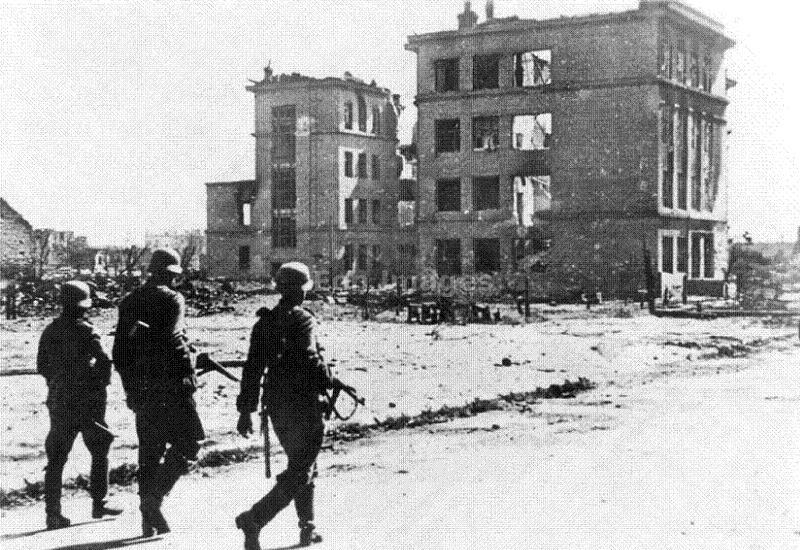 The preliminary bombardment devastated the city, leaving rubble everywhere. Ironically, this made defending Stalingrad much easier, since every little heap of rubble could be used as cover, and potential sniper perches overlooked every angle. Source: Eon Images 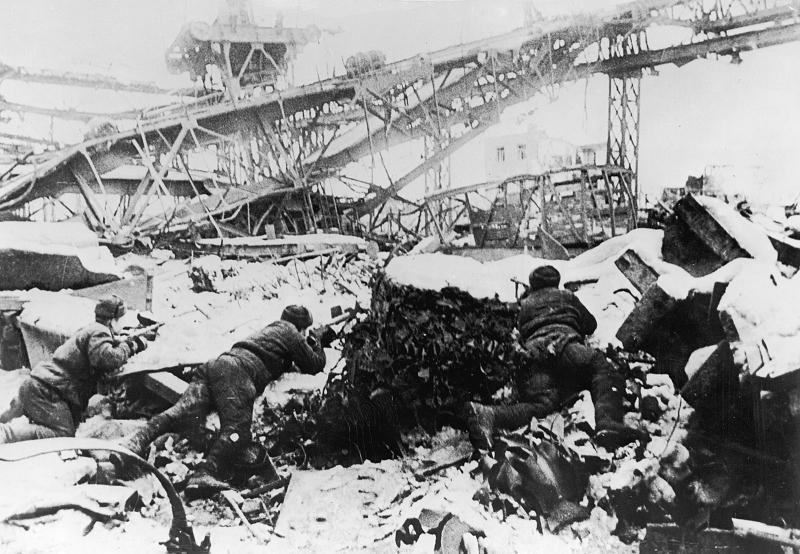 Stalingrad's railway station was one of the most hotly contested patches in the city. In just six hours one day, the station changed hands 14 times. Each time saw hand-to-hand fighting and left a mountain of dead. Source: Top Images 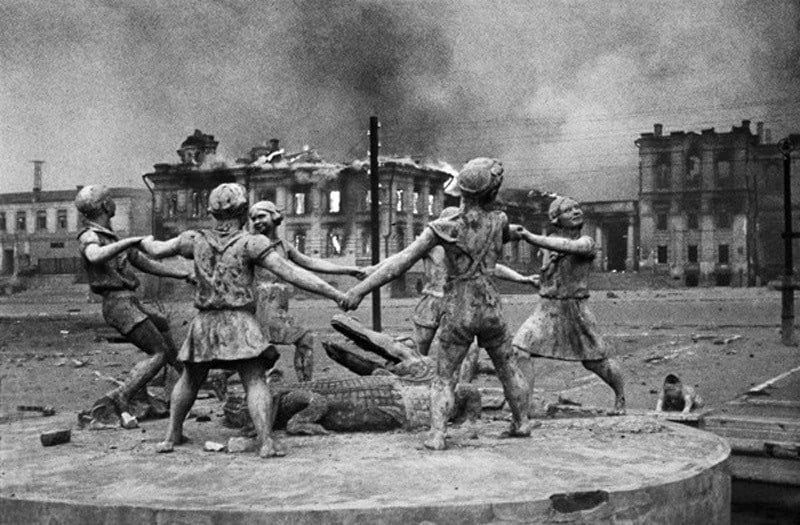 An unbelievably creepy statue of children playing in front of the shattered railway station. Source: NNM 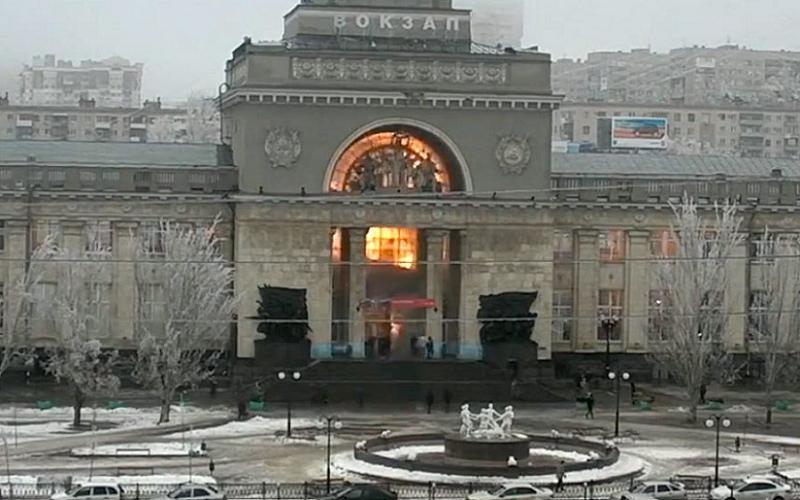 The site today, with the new replica statue. Source: The Telegraph 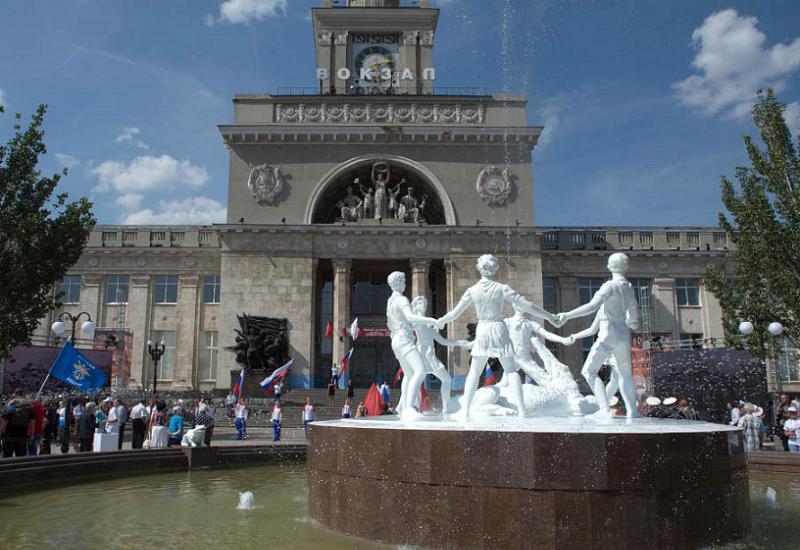 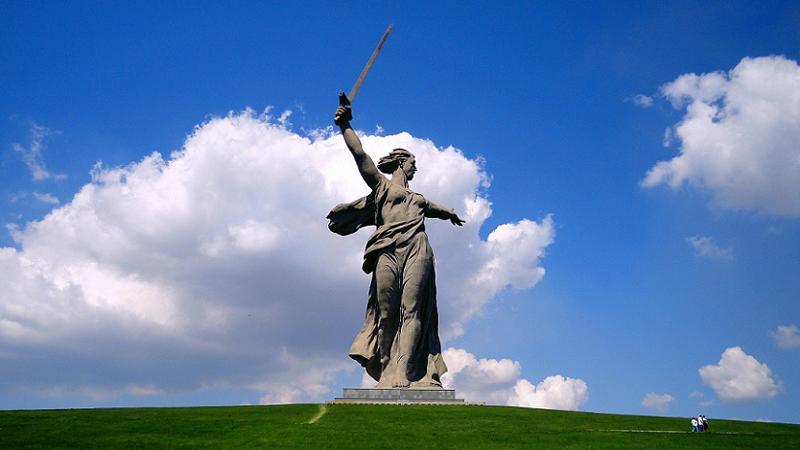 Of course, it wouldn't have been the Soviet Union without a statue commemorating the victory. "The Motherland Calls" is a few feet taller than the Statue of Liberty (without its base), because of course it is. What the hell, they earned it. Source: Reddit

If you enjoyed this look into historic battlefields, you'll like our other posts on the most important battles of ancient Greece and rare color photographs of World War 2.