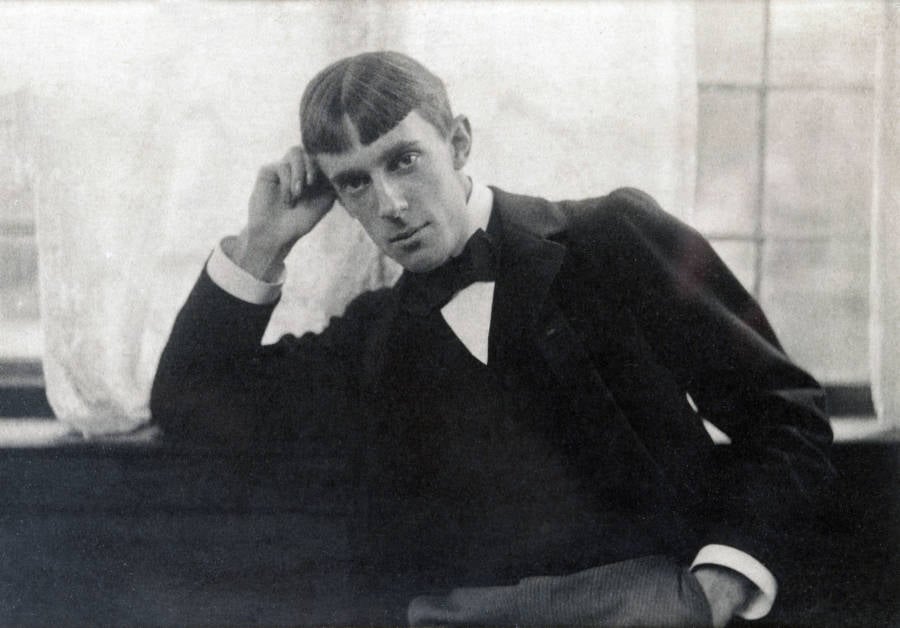 But his work did proffer much gossip: He was deemed “detestable” and simultaneously exalted as a provocateur.

Often despondent and introverted, Beardsley’s main preoccupation for his short 25 years in existence would be to curate a flurry of singular, bizarre, and hypersexual artworks that challenged Victorian norms and whose enduring legacy compensates for his all-too-early demise.

Aubrey Beardsley was born to Vincent and Ellen Beardsley on Aug. 21, of 1872, a year after his elder sister Mabel. The senior Beardsley’s occupation was listed simply as “gentleman” on his son’s birth certificate, although he soon afterward lost the fortune he had inherited and moved the family to London where he found work as a clerk.

There Ellen Beardsley worked as a music teacher and taught both of her children to play instruments. She subsequently forced them to give concerts to bring in a small income. Not made for the spotlight, Aubrey Beardsley was a sickly child. He was described by his mother as “like a delicate little piece of Dresden China.” When he was just seven years old he contracted tuberculosis, an illness which often confined him to his bed. This perhaps helped to foster his creativity as Beardsley had no one but books and pens for company. 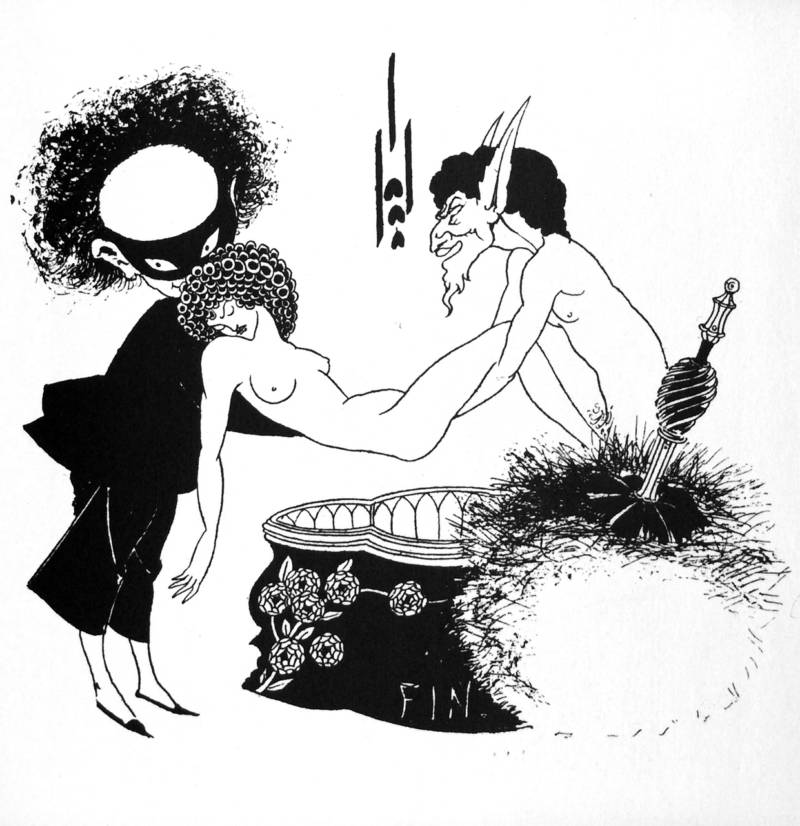 Wikimedia CommonsBeardsley’s childhood sickness may have influenced the macabre themes of his drawings. Tailpiece or Cul de Lampe, the cover for Wilde’s Salomé. Circa 1893.

He was an emaciated and drawn-looking young man, once described by a photographer as looking distinctly like “a gargoyle.”

During the four years that he attended Bristol Grammar School, his instructors noted his knack for creative pursuits although when he left the school in 1888, he found work as a clerk just like his father. In his spare time, Beardsley continued to read — particularly modern French novels — and also began going to art exhibitions and galleries.

But it wasn’t until he discovered the work of the pre-Raphaelite British painter Dante Gabriel Rossetti that Aubrey Beardsley became inspired to begin drawing himself. 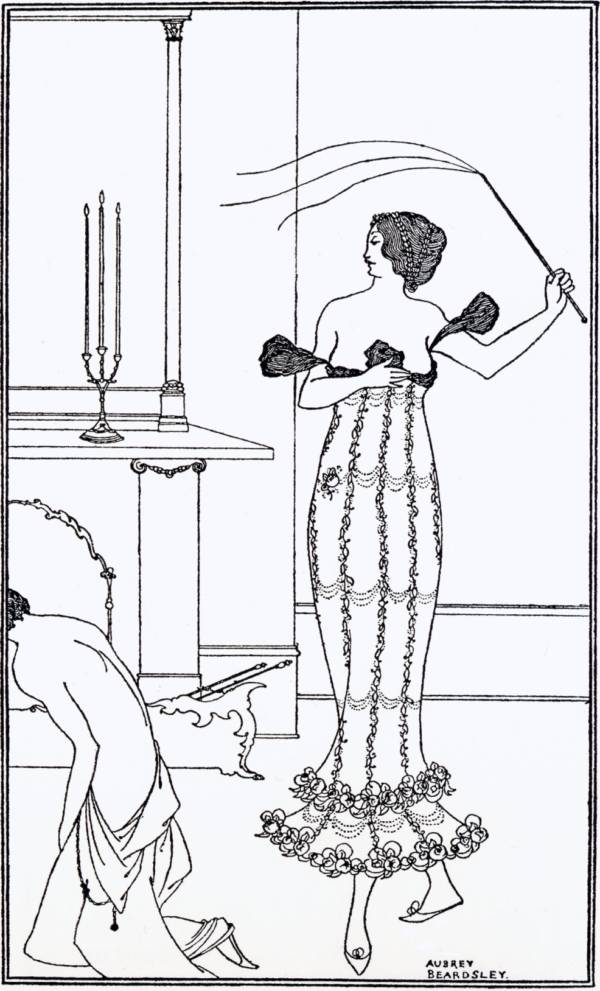 Wikimedia CommonsBeardsley developed his own unique style that was all the more striking for the subject matter he chose.

In 1891 Aubrey Beardsley took a chance and went with his sister to make a surprise visit to the artist Edward Burne-Jones, another pre-Raphaelite artist whom Beardsley admired.

Burne-Jones was deeply impressed by the portfolio of sketches Beardsley had brought with him and encouraged the aspiring young artist to take classes at the Westminster School of Art. That same evening he also met none other than Oscar Wilde.

Beardsley also impressed his instructors at the school and, thanks to another fortuitous meeting with the art journalist Aymer Vallance, was soon seeing his work published in several different magazines. His first real commission was to illustrate Thomas Malory’s Le Morte d’Arthur in 1893. He then co-founded the quarterly magazine, The Yellow Book, for which he was the premier art editor. 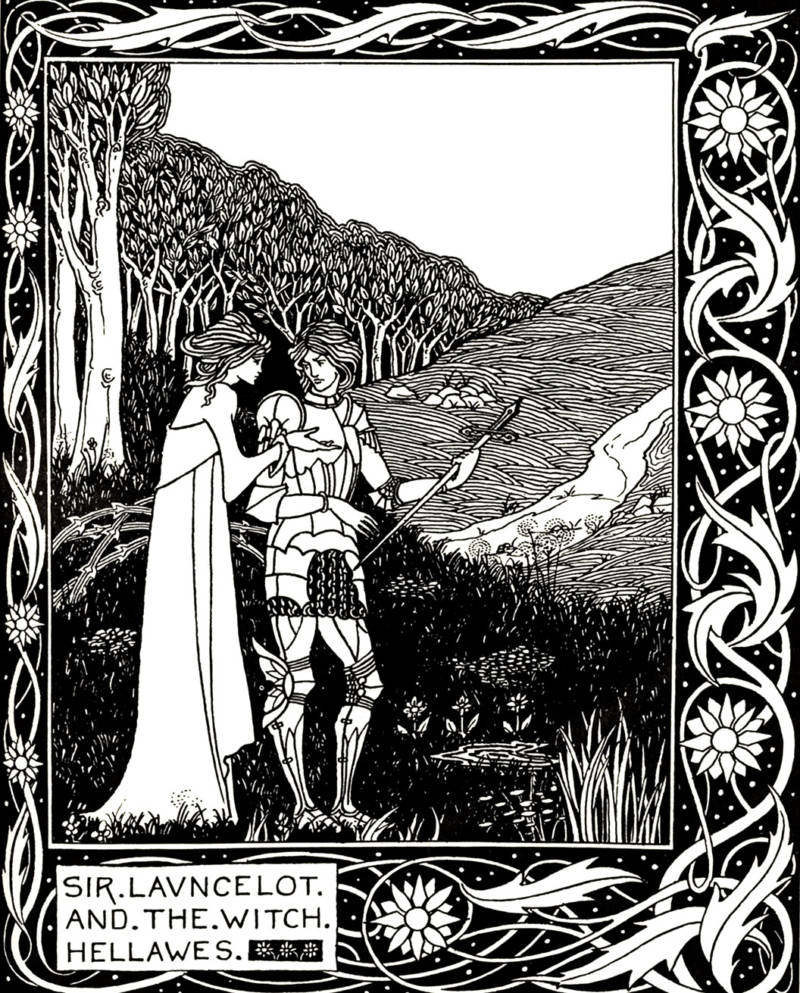 Beardsley worked by outlining his sketches in pencil then tracing over them in black ink in a style reminiscent of Japanese woodcuts. The simple elegance of his linework combined with the sharp contrast of black and white lent Beardsley’s works to a peculiar style comprised of Aestheticism, Symbolism, Decadence, and Art Noveau.

But it was the subject matter of his drawings rather than his unique style that led Aurey Beardsley to become a notorious figure in Victorian England. 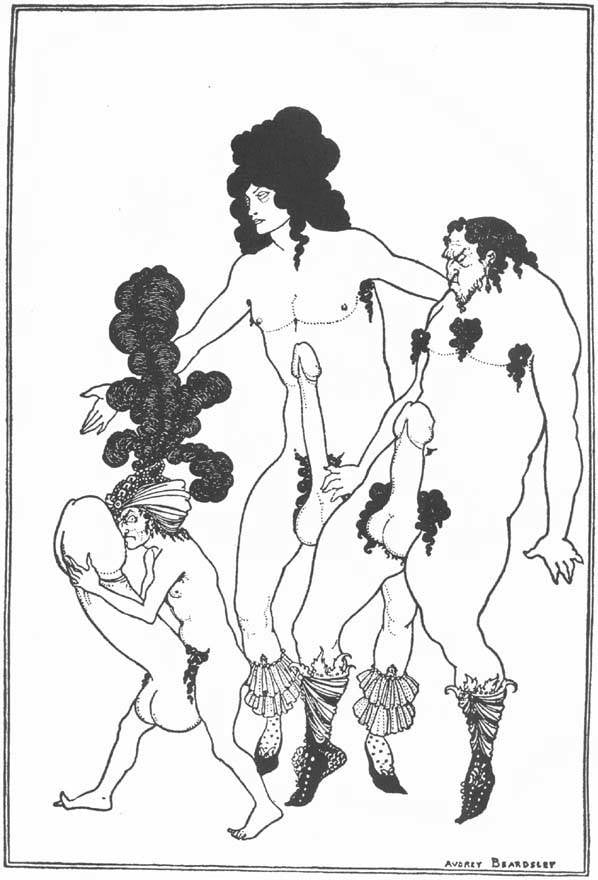 Wikimedia CommonsBeardsley delighted in producing drawings like this one that shocked his audiences.

The overwhelming themes of Beardsley’s drawings are decay, eroticism, and death, themes which he used to take jabs at the social mores of the day. Beardsley’s fascination with the macabre may have stemmed in part from his many brushes with death as a child, but it was his sexual imagery that caused the most outcry.

Beardsley himself delighted in shocking his audiences, declaring, “People hate to see their darting vices depicted but vice is terrible and it should be depicted.” 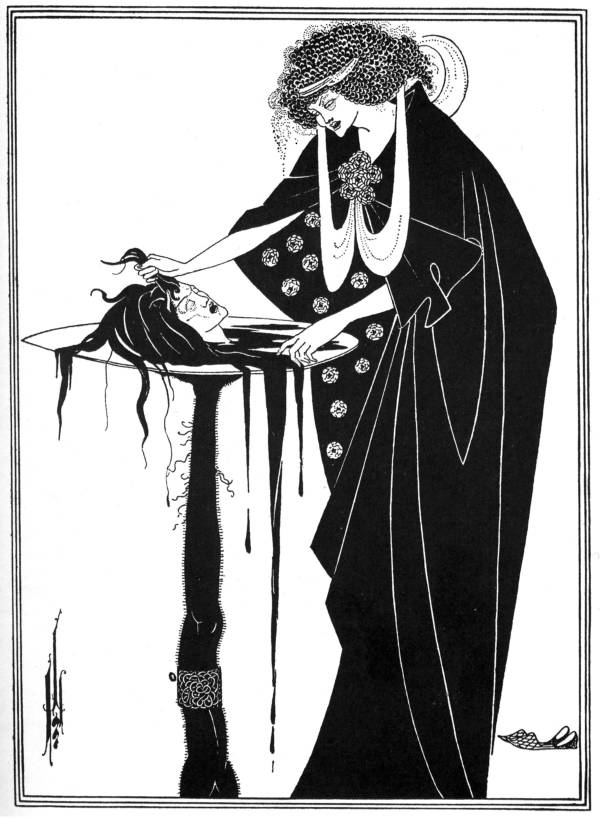 In 1893 Beardsley was asked to illustrate the risque new play Salome by Oscar Wilde. Wilde was already notorious in London society and the collaboration earned Beardsley his own scandalous brand of fame, but would ultimately lead to his downfall.

Beardsley’s illustrations for Salome were said to “exhale an atmosphere of sin compared to which Wilde’s writings are quite harmless.” Soon, wild rumors were abounding about the artist himself.

Like Wilde, Aubrey Beardsley was widely accused of being a homosexual, a serious charge in Victorian England. Bizarrely, Beardlsey was further accused of having a relationship with his sister Mabel, who was said to have miscarried their incestual child. In reality, although Beardlsey enjoyed reveling in his public persona of a wild dandy, he was according to his biographer “probably for the most part heterosexual” and his closeness with his sister was rather the result of an isolated childhood.

When Wilde was in fact arrested on charges of “gross indecency with young men” in 1895, Aubrey Beardsley too was caught up in the scandal and his career did suffer. He converted to Roman Catholicism in 1897, perhaps in preparation of his impending end. He allegedly requested to have some of his more scandalous works destroyed but this was disregarded.

As his health deteriorated, Beardsley moved to France in a bid to recuperate but to no avail. He suffered a hemorrhage brought on by his tuberculosis and died with his mother and beloved sister by his side in 1898. For all his work provoked — anger, outrage, scandal, and awe — Beardsley had accomplished in just 25 short years.

Next, find our more about the strange world of Victorian sex. Then, read about the Victorian costume designer who may have aided Jack the Ripper.