What Are Baby Hatches?

Last month, Switzerland opened its eighth baby hatch. Here's what it is and why it's so controversial.

In the first week of February, Switzerland opened its eighth baby hatch in the city of Sion. 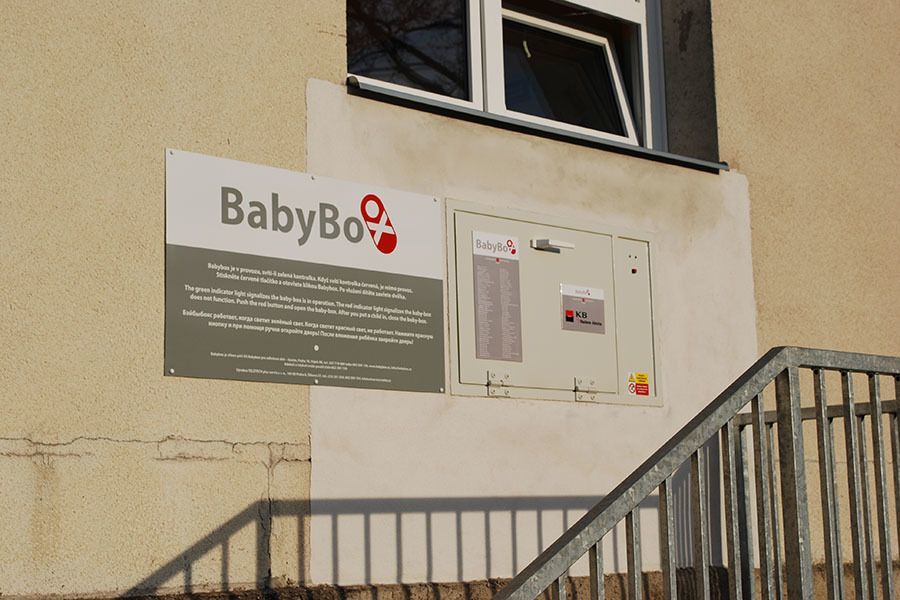 As the name suggests, parents not ready to care for a child can leave their newborn in the hatch, knowing that the child will be safe in the care center inside and that the family will suffer no legal repercussions for doing so.

How Long Have Baby Hatches Existed? 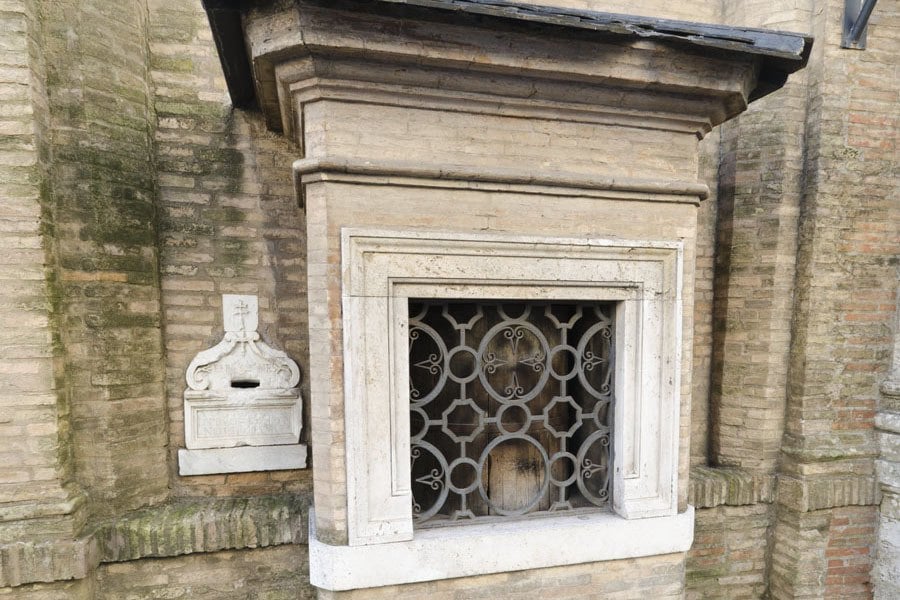 While the very idea of a baby hatch has proven contentious as of late, parents deserting their newborns is anything but a new phenomenon. Economic uncertainty, unwanted pregnancies, an unsafe home environment, governmental gender restrictions, or newborn disabilities have all led families to abandon infants throughout history (perhaps as a way to avoid infanticide or abortion).

Likewise, Catholic churches and convents — staunch advocates of a child’s right to life — have taken in abandoned children for as long as they have existed. Since the Middle Ages, parents who abandoned their infants would often leave them in the “foundling wheels” of these religious institutions.

Why Are They So Controversial Now?

Fast forward a handful of centuries, and the idea is generally the same. That said, more places accept abandoned newborns now, and many more families will not face legal consequences for leaving their child behind. However, a new issue has emerged.

As Nottingham University psychologist Kevin Browne told the BBC, “studies in Hungary show that it’s not necessarily mothers who place babies in these boxes — that it’s relatives, pimps, step-fathers, fathers.” According to the United Nations Committee on the Rights of the Child (UNCRC), this poses a problem as there is no way to know if there was a willing mother behind the desertion of the infant or if she was forced to give her child up.

On the other hand, hatch proponents claim that if the hatches aren’t in place, those who do not want to keep their babies might abandon them on the streets — a far more dangerous fate for an abandoned child. As Swiss hospital director Sandro Foiada told Swissinfo, “The abandonment of newborns exists, and if this hatch helps us save even one, it will be worth the effort.”

Thus, the debate continues: Do the baby hatches promote infants’ rights by assuring them survival or do they take children’s rights away by making it impossible for the babies to know their origins? Furthermore, is this an appropriate way to promote family planning? All these questions are now being asked in Switzerland and beyond…

Where Else Do Baby Hatches Exist? 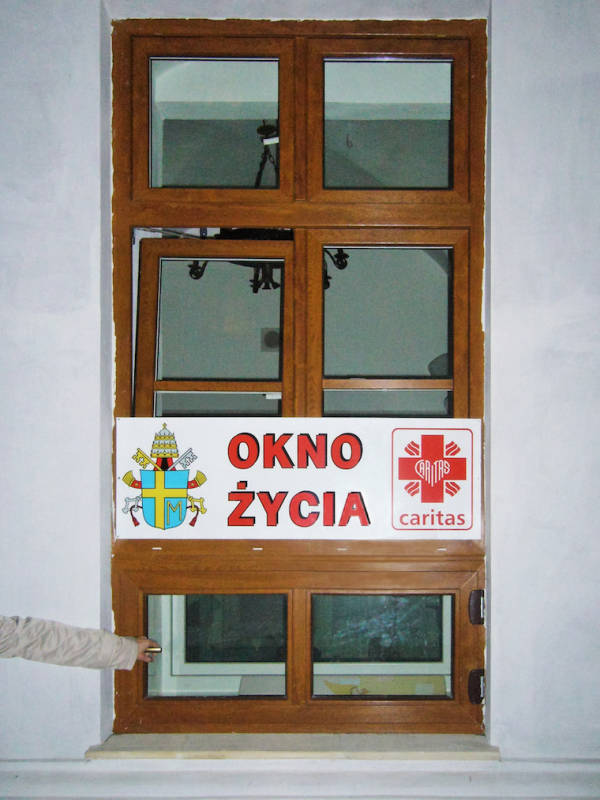 Switzerland is far from alone in its use of baby hatches. In the past decade, baby hatches have proliferated, becoming a global, legal phenomenon. In the U.S., for example, it is legal to safely deposit a baby in certain institutions in all 50 states, while the age cap of accepted babies can vary.

Most U.S. states allow babies to be abandoned in designated legal sites up until the age of 30 days. Utah, however, only accepts three-day-old infants, but North Dakota, for example, will take children up to a year old.

Outside of the U.S., in the last decade, we’ve seen an increase in baby hatches in countries like China, the Czech Republic, Poland, Austria, and Germany.

In Switzerland — and similarly across all these countries — many of the same questions are informing this controversy-ridden debate:

1. How do baby hatches work?

The adult — who does not necessarily have to be the mother — will simply go to the hatch, open the latch, and deposit the infant in the warmed crib inside. She will then pick up what is called the “Letter for the Mother,” which includes information on medical and financial consultation at her disposal. Three minutes after the infant is deposited, an alarm will go off and someone from the hospital will come to collect the infant. That three-minute delay gives the adult enough time to leave the premises without being seen.

2. When did Swiss baby hatches arise?

In 2001, the anti-abortion foundation Swiss Aid for Mother and Child (SAMC) established what was called a “baby window” in a hospital in Einsiedeln. For over a decade, it was the sole baby hatch in the country, but since 2012, seven more have opened.

3. What do the Swiss think of baby hatches?

According to a 2011 poll, as reported by the Guardian, 87% said baby boxes were “very useful or useful” and more than a quarter of respondents thought every hospital should have one.

4. How many babies are abandoned in Switzerland each year?

Infanticide and abandonment are rare in Switzerland, leading many opponents of baby hatches to deem them as emotionally-driven responses to what is essentially a non-issue. While there is no official information about the number of infants left via these baby hatches every year in Switzerland, SAMC says that 16 babies have been left at these facilities since 2001. According to the UN, from 2000 to 2012, around 400 babies were left between all European hatches.

5. What happens to the babies?

A few days after being deposited, the babies are placed with a foster family. One year later, at minimum, they are given up for adoption.

6. What if the parent changes his or her mind about abandoning the child?

The parents have a year to claim the baby before it is put up for adoption.

7. What are the critics of baby hatches saying?

Opponents suggest that baby hatches are emblematic of a failure to understand women’s health more holistically. “It is of fundamental importance, for the mother herself but also for the baby, to have access to all health services, before, during and after birth,” said Sexual Health Switzerland consultant Mirta Zurini. “Basic conditions should be ensured in which she can be cared for and supported from the medical, psychological and social point of view. With a hatch for newborns, this is totally lacking…[we need to] (re)examine critically the provision of this kind of service.”

Likewise, the United Nations says that baby hatches “contravene the right of the child to be known and cared for by his or her parents,” and that they do little to address the issues they claim to solve. “Just like medieval times in many countries we see people claiming that baby boxes prevent infanticide,” UN Convention on the Rights of the Child Maria Herczog member told the Guardian, “…there is no evidence for this.”

Evidence or not, it doesn’t seem like Switzerland will abandon its hatches any time soon.

Next, check out our explainer on China’s one-child policy.