For Two Years, Americans Could — And Did — Mail Their Children Through The Post Office

A four-year-old child was once mailed from her parents' home to her grandparents' house which was 73 miles away. 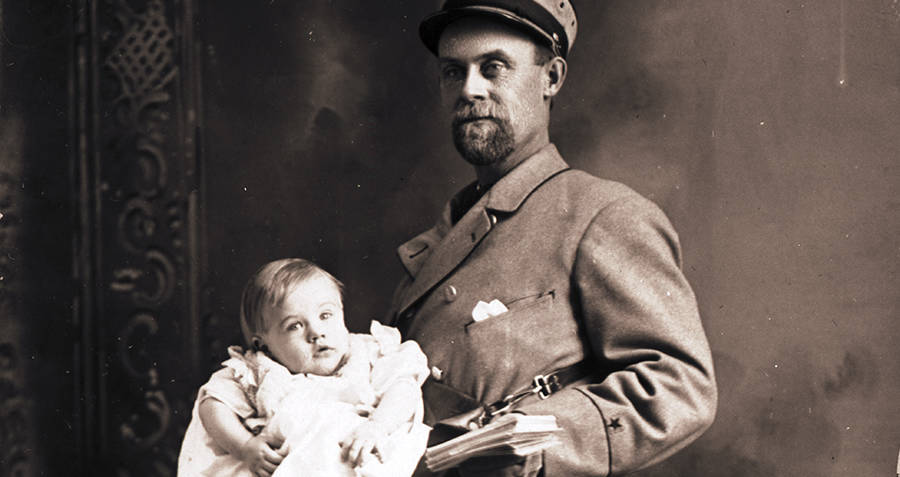 Getty Images A postal worker poses with a baby.

On Jan. 1, 1913, the United States Postal Service made an addition to its list of mail services, by introducing Parcel Post.

For the first time, Americans could now send packages and large parcels through the mail and have them delivered to friends and family across the country, just like letters.

However, as with every new invention, there were those who tried to test the limits of the new service as some began sending their children through the mail.

Yes, there were some parents who attempted — and succeeded — in sending their real, live children across the country by way of the Parcel Post. Most shockingly? All of the children made it, unharmed. 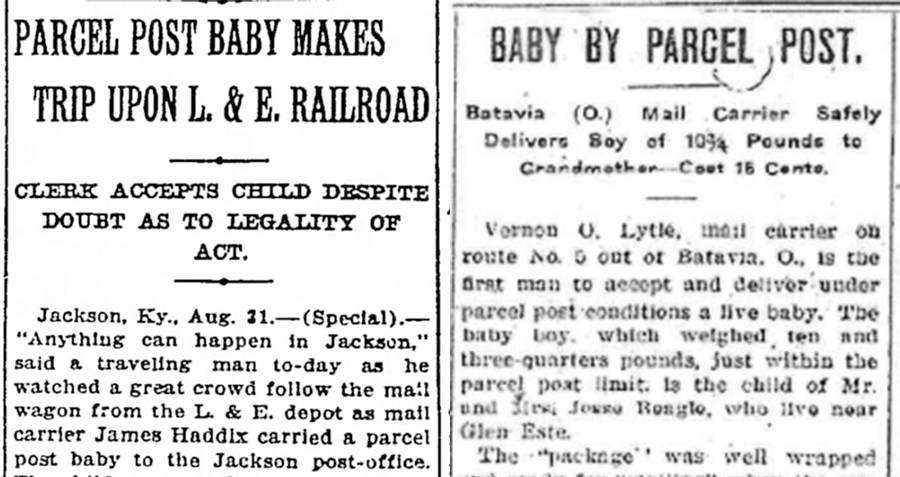 “It got some headlines when it happened, probably because it was so cute,” United States Postal Service historian Jenny Lynch told Smithsonian.com.

The first baby to be sent by Parcel Post was eight-month-old James Beagle. His parents, Jesse and Mathilda, sent little James to his grandmother, who lived just a few miles away from them.

The successful transport of little James Beagle sparked other families to do the same, for the most part, because postage was cheaper than a train ticket.

The most famous child-mailing case took place on Feb. 19, 1914. Four-year-old Charlotte May Pierstorff was mailed from her parents’ Idaho home to the home of her grandparents which was 73 miles away. 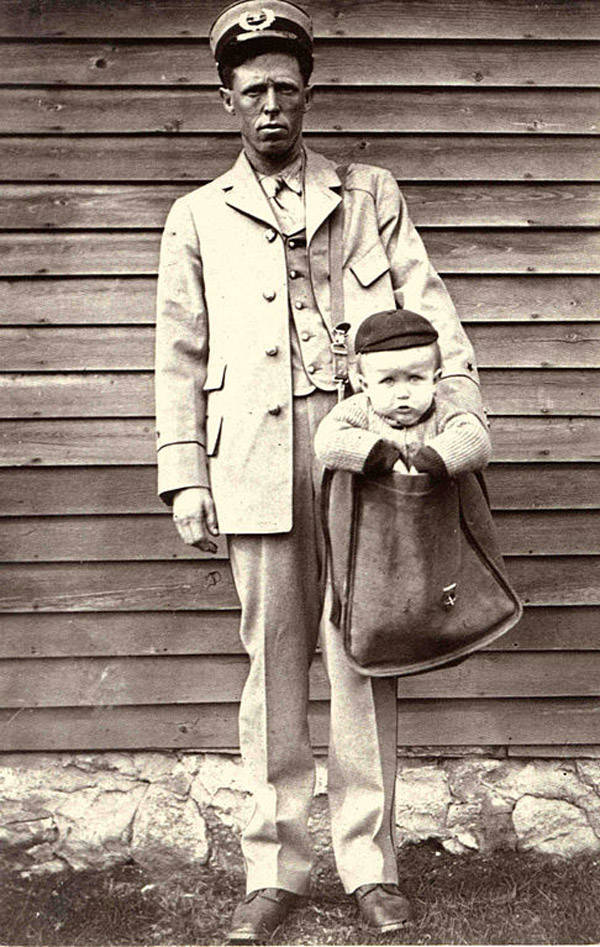 Wikimedia CommonsA city letter carrier with a young boy in his mailbag.

Turns out that in the early 1900s people had a lot of faith in their mailmen.

“Mail carriers were trusted servants, and that goes to prove it,” Lynch said. “There are stories of rural carriers delivering babies and taking [care of the] sick. Even now, they’ll save lives because they’re sometimes the only persons that visit a remote household every day.”

Unfortunately, just two years after it began, the Postmaster officially announced that children would no longer be accepted as packages. Of course, that didn’t do much to stop parents. For a few years, after it was made illegal, parents would still occasionally slip their kids into the mail.

Now, thankfully, the Post Office has completely outlawed live children, though you can still mail live animals under certain conditions.

Next, read about vintage Diaper Derbies, where people used to race their babies. Then, read about Amelia Dyer, the woman who killed over 300 babies.