Today Is The Day. We Are Back To The Future.

Back to the Future II showed us what the world would look like on October 21, 2015. And now we're here. What did they get right and wrong? 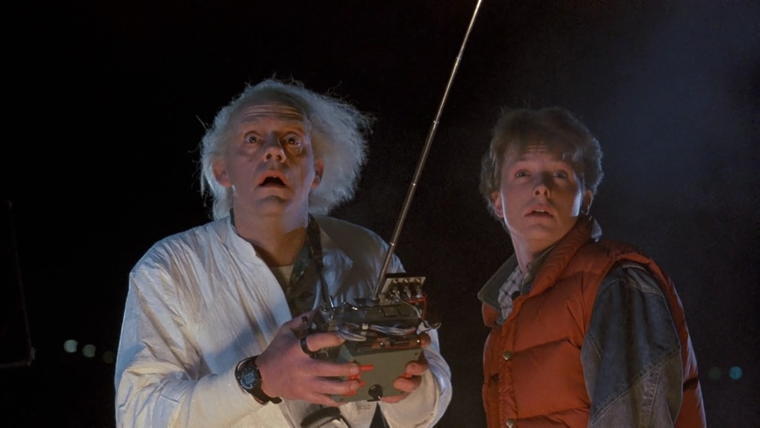 It is the 21st of October, 2015. At 4:29 PM Pacific Daylight Time, to be precise, Marty McFly is landing in his DeLorean in Hill Valley, California. This time, he is not alone. He is traveling with his girlfriend, Jennifer Parker, and Doc Brown, his longtime friend and the crazy scientist who already sent him on a trip through time before.

When Marty McFly landed in Hill Valley on our cinema screens in 1989, it was in the sequel to Back to the Future, which made more than $380 million in theaters. In the world of this sequel, Back to the Future II, the Jaws movie franchise was on its 19th sequel, with some 3D animation. Fashions were much louder than the ones we actually have today and phone booths could still be found on the streets. But, on the other hand, McFly found flat-screen TVs and the omnipresence of technology in everyday life. 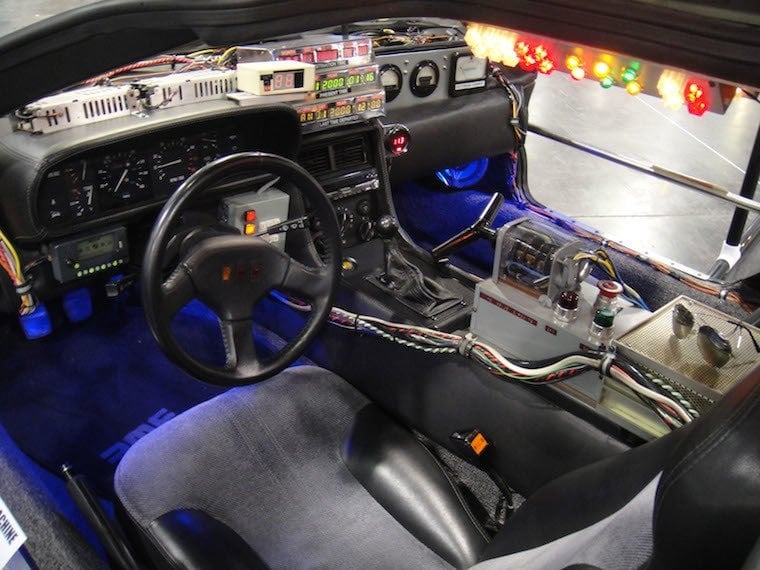 The flying cars that McFly discovered in his future haven’t yet arrived in our present, and the world doesn’t seem to be under Japan’s influence, as the movie predicted. But certainly, today is a date to celebrate for all the geeks out there.

Since the late 1980s, the Back To The Future trilogy (completed with a third entry in 1990) has become a cult classic and fans around the world have awaited this day for almost 30 years. More than 64,000 are watching a countdown on Facebook at this very minute. 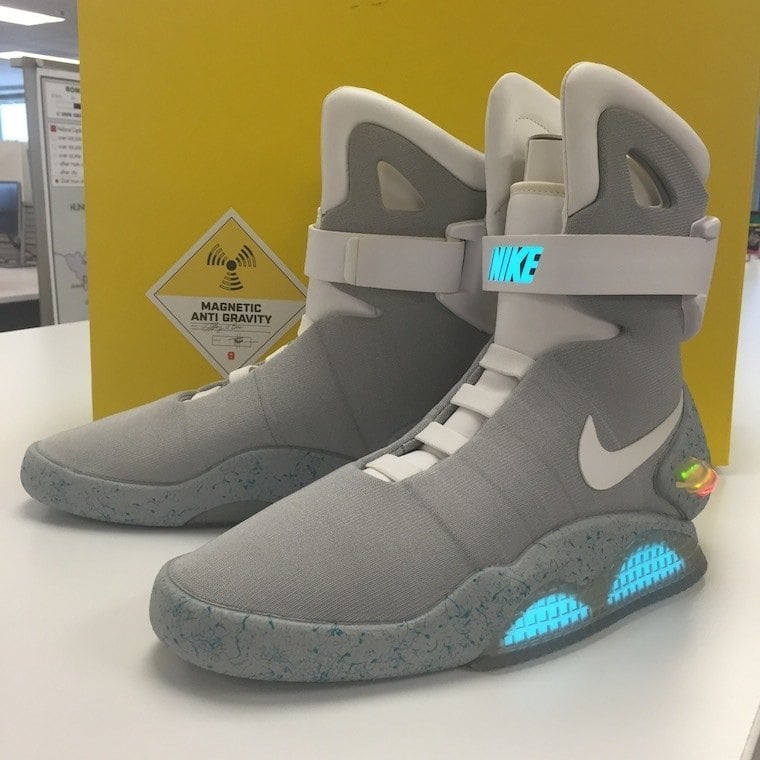 Sneakers made in homage to the ones Marty McFly wore in the movie.

The future has arrived.

For as long as we can remember, humankind has been obsessed with time travel. It is portrayed not only in science fiction narratives like Star Trek, but also in diverse films like Midnight in Paris, Kate & Leopold, and Groundhog Day. All dig into time paradigms and the possibility of going back to another era or repeating the same day over and over again.

So, how far are we from this prospect? Can we time travel? It was Albert Einstein who set up the fundamental time travel theories that are studied today, with his famous theory of relativity and his work on the speed of light. According to physicist and cosmologist Stephen Hawking, we potentially can time travel by using the power of a black hole and by gaining a further understanding of the fourth dimension: time. The technology needed to time travel, which requires accelerating to the speed of light, however, might still be a work-in-process.

In Back to the Future II, Doc makes the time machine function with plutonium that he gets from Libyan terrorists and uses to power a nuclear reaction in what he calls the flux capacitor.

In our times, the CERN laboratory has created the Large Hadron Collider, the “world’s largest and most powerful particle accelerator,” that last year found the Higgs Boson, or the so-called “God particle,” that helps us understand not only how mass works but also a bit more about the origins of the universe. 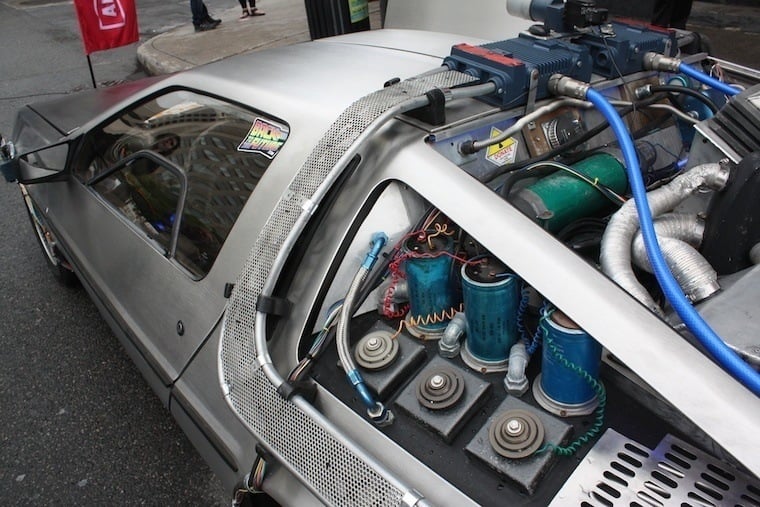 A view of the DeLorean from the back. Image Source: Flickr

Even if it’s not real yet and time travel only exists in the minds of cosmologists, researchers, and dreamers, at least we can celebrate that Marty McFly got to the future. And for the film’s super-fans, you can always try to get a pair of those futuristic Nike Mag sneakers, if Nike ever starts selling them, or your very own version of our protagonist’s favorite means of transportation: the Hover Board. 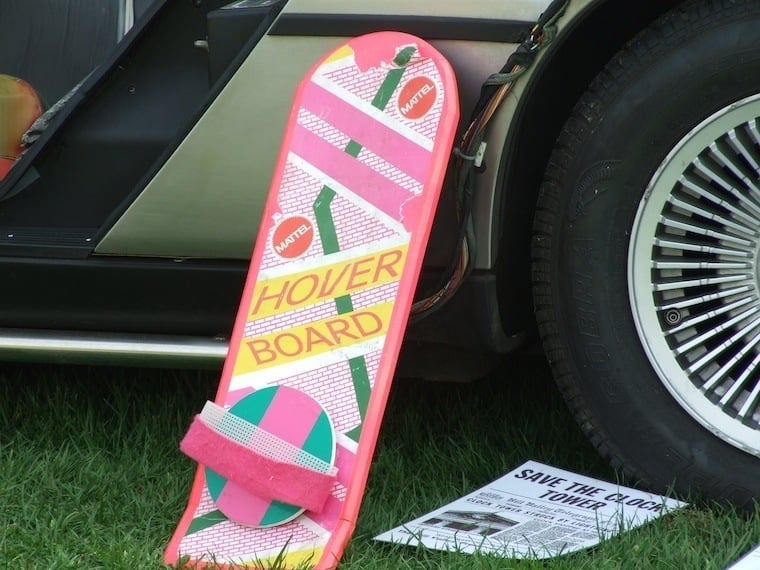 A replica of the hoverboard, as seen in the movie.

Have a very futuristic day and follow the countdown to Marty’s arrival! And remember, whenever you look up in the sky, you are already time traveling, as your eyes are actually perceiving stars that existed only in the past.