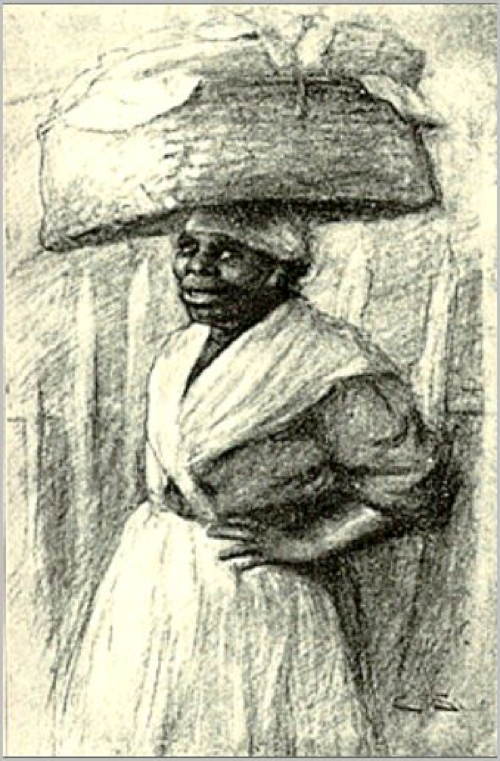 An artist’s rendering of Mammy Kate with her big linen basket. Source: Find A Grave

And then there were the plain old badass women. Mammy Kate was a devoted slave to the future governor of Georgia, Stephen Heard. When he was taken by the British and given a death sentence, Mammy Kate walked 50 miles to his prison. She got past the guards by telling them she was there to care for him. She was even allowed in his cell, where she placed him–he was a small man–in a large linen basket under a pile of sheets. A tall, muscular woman, she carried him out of the prison disguised as laundry. As a thank you, he freed her, but she refused to leave his side and remained with him and his family until her death. 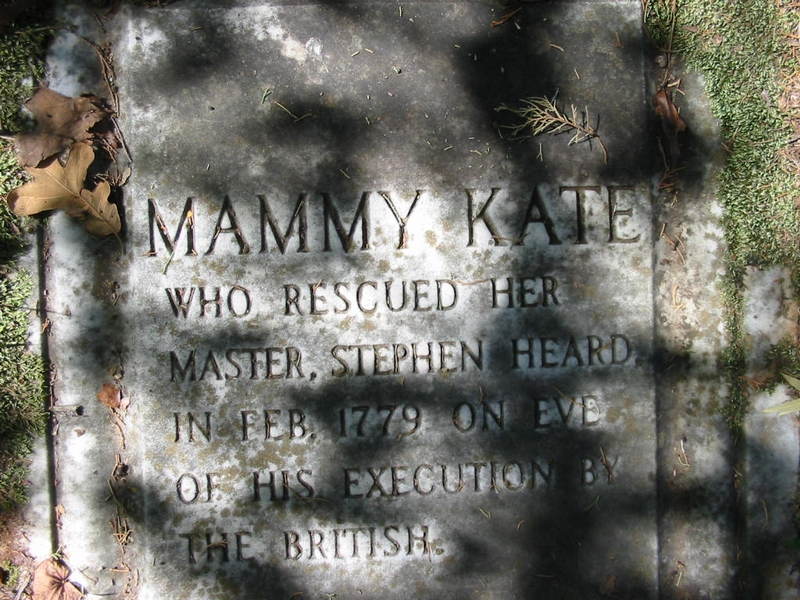 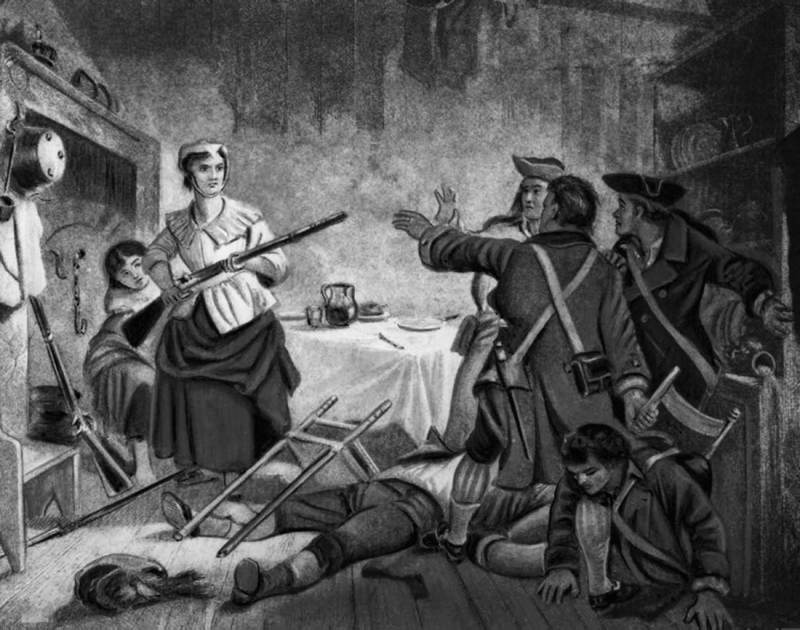 Some women were so patriotic that they were up for anything that would bring their fledgling nation freedom from British tyranny. Nancy Hart worked as a spy but the incident for which she is best remembered is a hell of a lot juicier. Six British soldiers showed up at her home on the Georgia frontier one day, killed her one remaining turkey, and demanded that she cook it for them. She agreed, also giving them corn liquor and wine to get them good and drunk, then quietly sending her young daughter to fetch the girl’s father who was working out in the field.

Nancy began to steal the men’s guns and feed them through a hole in the wall. She was going for the third when she was caught. Grabbing the gun from the soldier, she aimed it at them and warned that she’d shoot anyone who came toward her. They didn’t believe her. One man lunged for the gun; she shot him dead. Another tried, she wounded him. Then Nancy, her husband, and their neighbors hung the surviving men from a tree. Some historians believed the story to be a folk tale until six bodies in tattered British uniforms were discovered buried on the site of Nancy’s old homestead in 1912.