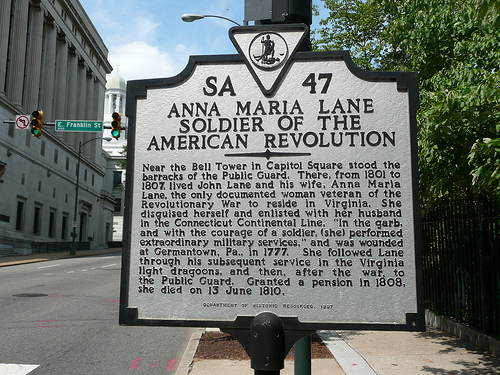 Groups of women called “camp followers” cooked the soldiers’ meals and washed their laundry at each encampment, often just to be near their husbands. Anna Maria Lane couldn’t stand to see her husband leave to join the army, so she became a camp follower. Then at the Battle of Germantown, for reasons known only to her, she donned a uniform and joined the fray alongside her husband. A wound she sustained in the battle crippled her for the rest of her life.

Many years later, she and her husband joined a group of Revolutionary War veterans to ask the Virginia government for a pension. Men who fought that day received $40 per year. But the General Assembly gave Lane a yearly pension of $100 for her extraordinary service. 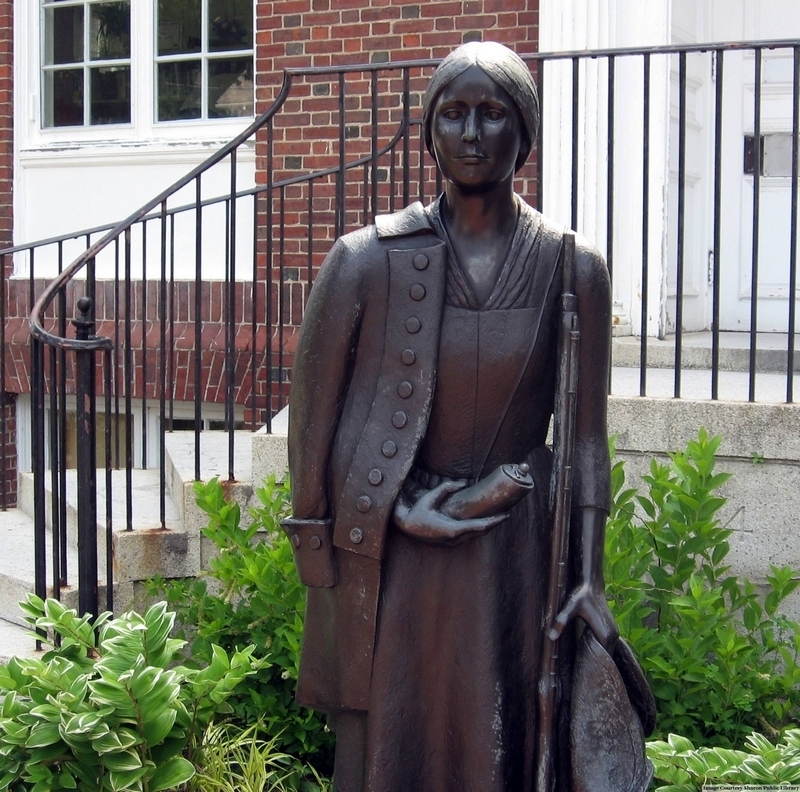 A statue of Deborah Sampson in Sharon, Massachusetts. Source: Monuments And Memorials

The women who physically fought during the war are the most interesting of all. For obvious reasons, Anna Maria Lane never officially joined the Continental Army. No woman could at the time, so instead they dressed as teenage boys, using invented or borrowed male names in order to enlist. That’s how Deborah Sampson became a Continental soldier named Robert Shurtlieff. She fought in several battles and was wounded near the groin. Rather than face a doctor and be found out, she dug the bullet out of her own leg.

Later, when she fell ill and lost consciousness, a doctor’s examination revealed her secret. The doctor wrote to General Peterson to pass on this news when Deborah returned to her ranks. She was given an honorable discharge and later became the first woman to tour America on the lecture circuit. After her death, her husband became the first man to receive a widow’s pension.