What Is A Balut Egg? The Story Behind The Controversial Street Food From Southeast Asia

Known as balut, this popular dish from Southeast Asia is made by incubating a fertilized bird egg for weeks, then steaming and eating the undeveloped chick right from the shell.

If you thought bird’s nest soup was weird, wait until you try unhatched baby duck. Balut eggs are considered a delicacy in some places around the world, but it’s definitely not something everyone is willing to give a try.

Considered a street food since you can eat it while on the go, balut is said to be worth looking past the way this looks because the taste is like nothing else. 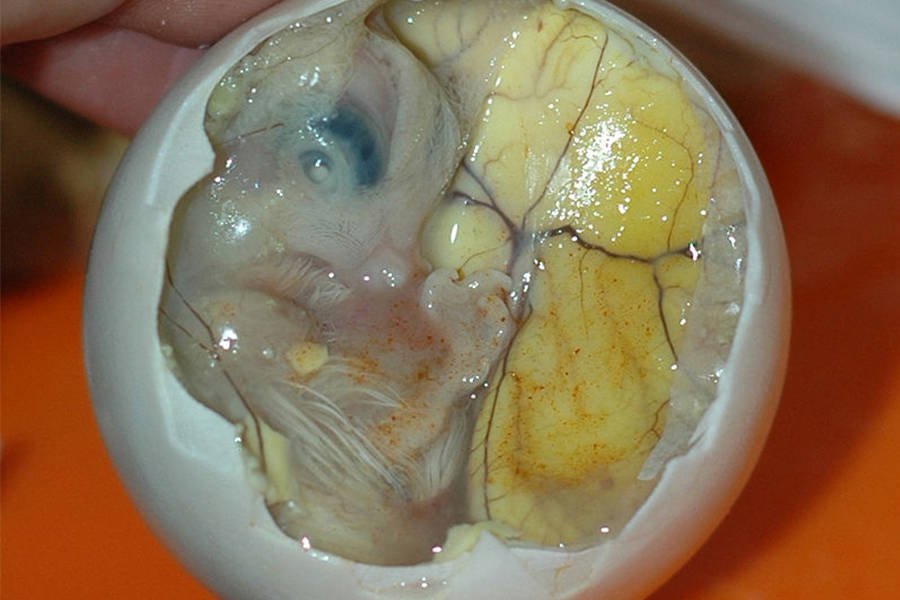 Even those with an iron stomach may cringe at the sight of the balut egg. Unlike any hard-boiled egg you’ve seen before, it offers an added bonus: there, next to the yolk, is the tiny, hard-boiled carcass of a duck fetus.

The sight of a small animal inside of your hard-boiled egg is usually the stuff of nightmares, but in the Philippines and elsewhere in Southeast Asia, its the stuff of culinary fascination.

The History Of The Balut Egg

The origins of the balut egg date back to the 1800s, and since then, the process of preparing them hasn’t changed much. Balut was first introduced to the Philippines by the Chinese around 1885 and it has been included as a part of its tradition ever since.

Going forward wherever Filipinos migrated for work, a large need and market for the balut egg developed, too.

How To Cook A Balut Egg

A balut egg is created when a fertilized duck egg is incubated just long enough for the fetus to begin forming, usually between 12 and 18 days. According to most culinary experts, the ideal egg has been incubated for 17 days.

The longer the egg incubates, the more pronounced the features of the duck fetus become. Though it sounds counter-intuitive, the incubation conditions must be perfect, so as not to kill the fetus. If it dies before the appropriate length of time has passed, the egg is worthless and will not be useful as a balut egg.

Once the egg has been incubated for the proper amount of time, the cooking process begins. The egg is hard-boiled almost exactly the same way that normal eggs are, though the reaction that occurs within a balut egg is quite different.

The liquids in a balut egg, rather than solidifying, turn into a sort of broth, that then simmers the duck fetus and the yolk. It’s sort of like making a soup within the egg itself but instead of needing to boil and simmer for multiple hours, you get a big punch of flavor in a relatively quick time.

When the egg is done cooking, it should be eaten right away, when still warm. Due to the presence of the broth, the contents should be eaten straight from the shell. The broth is sipped first, then the fetus and the yolk are eaten. 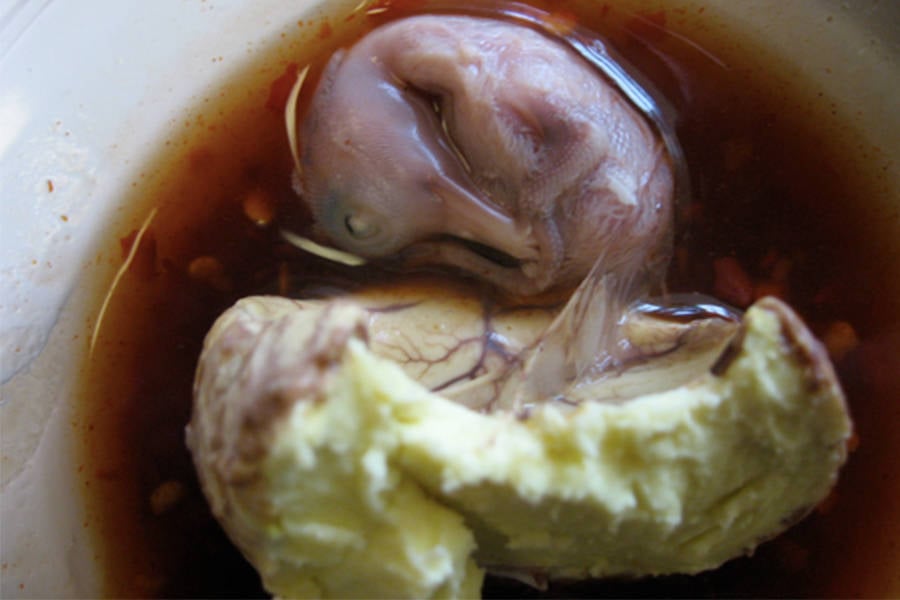 If you can get past the concept of eating a duck fetus, complete with tiny facial features, the overall experience is said to be a pleasant one. In fact, the more duck-like the features are, the more manly the eater is said to be. The egg, for the most part, tastes like an egg, and according to those who have had it, the fetus “tastes like chicken.”

The balut egg is most popular in Southeast Asia, where it has been eaten for many centuries, though it has been seen around the world. Outside of Asia, it’s often seen as a taboo food or a novelty, not eaten for enjoyment but for sport.

Balut Is Not Without Controversy

Ethical concerns have been raised over the egg, most obviously because of the presence of a duck embryo, but also because of the discrepancies over its classifications. In some countries, the balut egg is considered an egg, as it has not yet hatched.

However, in some countries, such as Canada, it is not considered an egg and is therefore subjected to different labeling and trade requirements.

Despite everything that balut eggs have working against them, the southeast Asian culture still reveres them to this day. They are eaten as street food throughout the Philippines and are even considered a restorative and curative food for pregnant women.

So, do you think you can stomach one?

After reading about the balut egg, check out bird’s nest soup. Then, take a look at these crazy 1960’s foods.