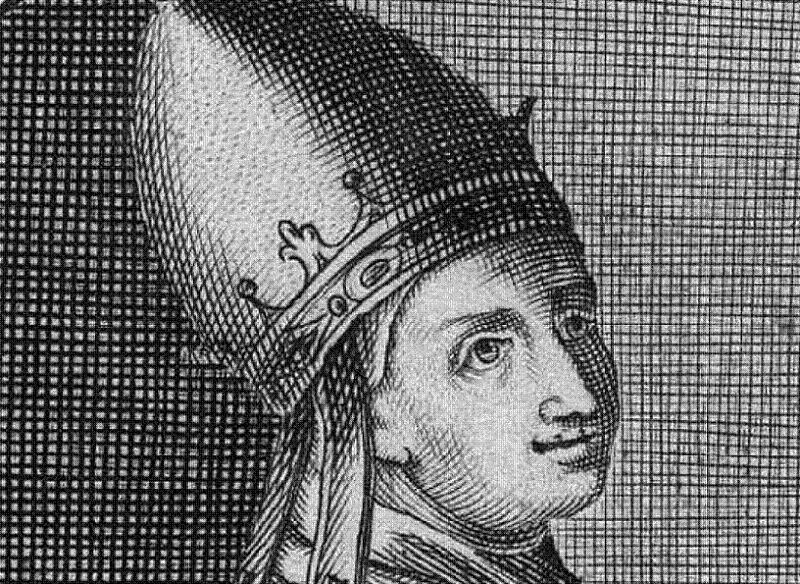 So, New Pope has been irritating a lot of people lately. Conservative Catholics seem to be rather—ahem—cross with him over his support of progressive economic policies, while more liberal Catholics feel betrayed because he hasn’t come right out and started ordaining married lesbians as priests, or at least he hasn’t yet. 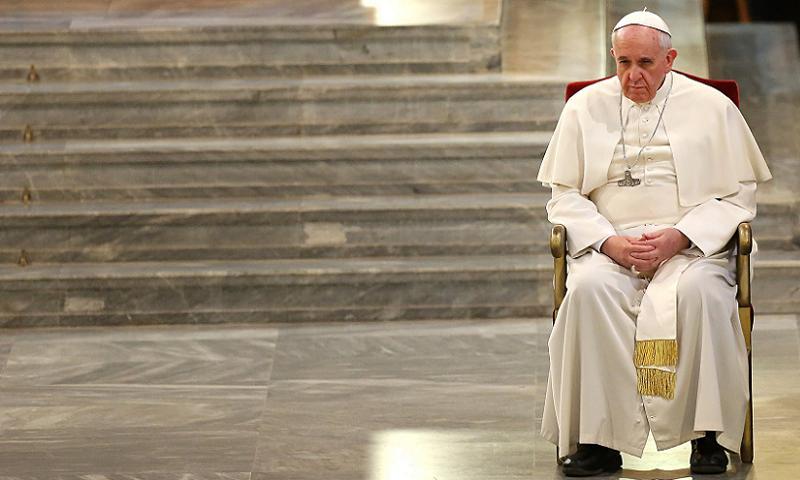 Give him time. He’s only 78. Source: Jihad Watch

Honestly, for all the carping on both sides, it’s hard not to feel that the quality of papal controversy has fallen off somewhat from the golden age of the 11th century. As we have previously covered, the Holy See was a bit wilder back then, and the Roman Primates tended to be a little more—well, primal. So it was for Benedict IX, who came to the throne in 1032 at the age of 12. Or maybe he was in his early 20s or at least he was when he was deposed by force—accounts differ. Sources do agree that he was probably in his 30s the second (or third) time he became pope. And it’s too bad he only made it to 35, since the money he made selling the office of Pope to the highest bidder would probably have given him quite a nest egg for retirement.

Here’s what the online Catholic Encyclopedia has to say about Benedict IX: “The nephew of his two immediate predecessors, Benedict IX was a man of very different character to either of them. He was a disgrace to the Chair of Peter.”

When the organization you used to be in charge of writes an official history of itself—complete with entries dealing with the Crusades, witch hunts, and the Thirty Years’ War—and the word “disgrace” is used in the first two sentences of your entry, you’ve probably done something awful to deserve it. 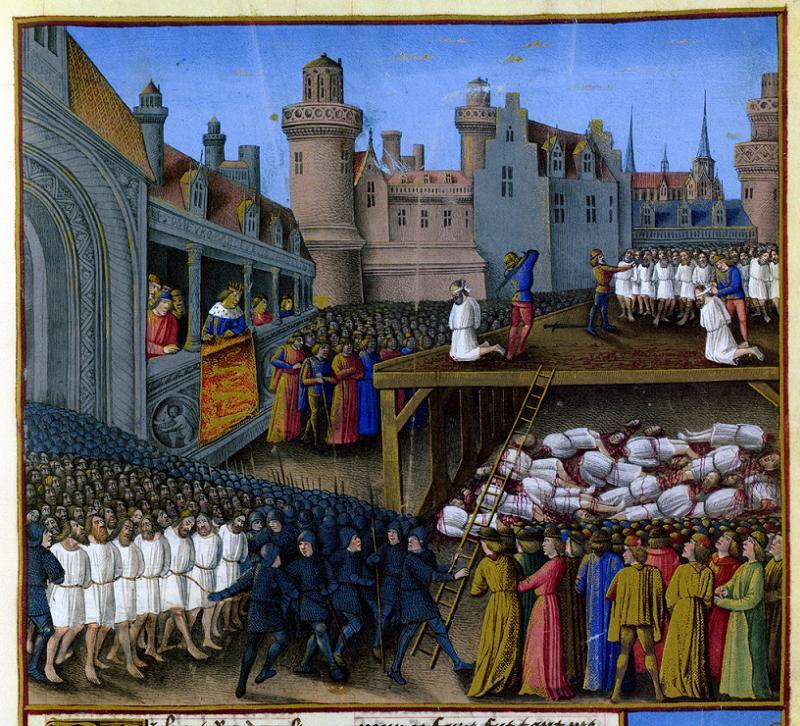 The entry on the Crusades runs to thousands of words; none of them is “disgrace.”
Source: Executed Today 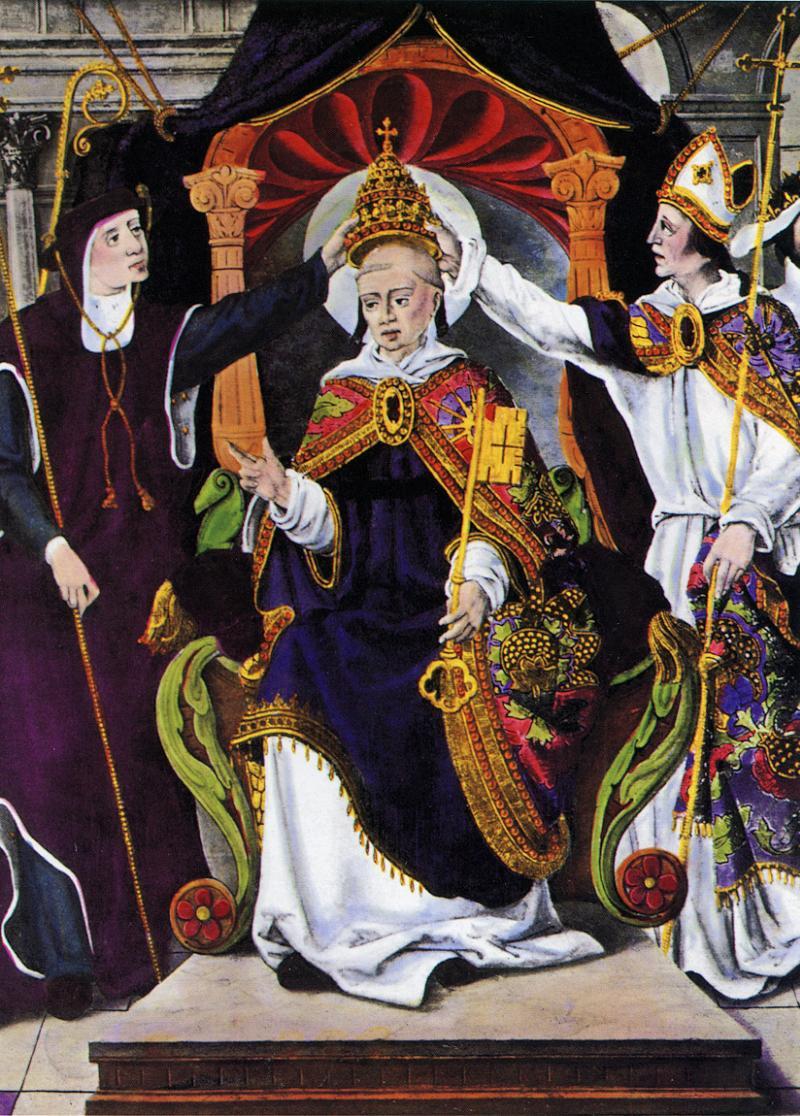 This isn’t Benedict IX, and it isn’t a coronation, it’s a resignation. But look at that key! It’s HUGE!
Source: Dios CG

As stated above, Benedict IX inherited the papacy, which had already been in his family for a while. See if you can follow this: Benedict IX was the great-grandson of the Roman senatrix Marozia, who was the mistress of Pope Sergius III (look for him in a future installment of this series). Pope John IX was apparently their illegitimate child, and two of Benedict’s uncles immediately preceded him in office.

The hereditary principle is iffy at the best of times, but Benedict really went out of his way to earn a spot as the worst of the lot. Imagine a teenager—any teenager you know—given an unlimited budget, spiritual and temporal authority over a world religion, and charged with total infallibility so nothing he says is ever wrong by definition. 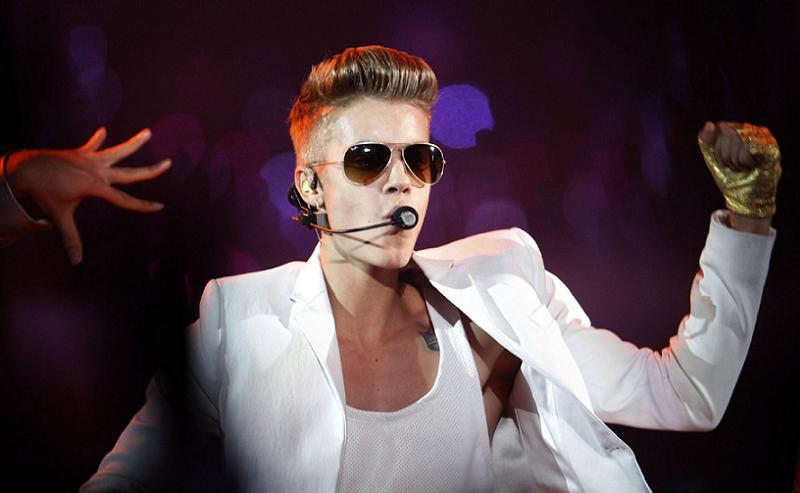 Eventually, his behavior got so out of control that a monk, St. Peter Damian, decided to write a book unfavorably contrasting Benedict’s Rome with the biblical Gomorrah and came to the conclusion that sex itself was evil. Damian even called Benedict out by name, referring to him as “a demon from hell in the guise of a priest.” By Pope Bieber’s 18th birthday, an angry mob of Romans had driven him out of the city and off the papal throne. 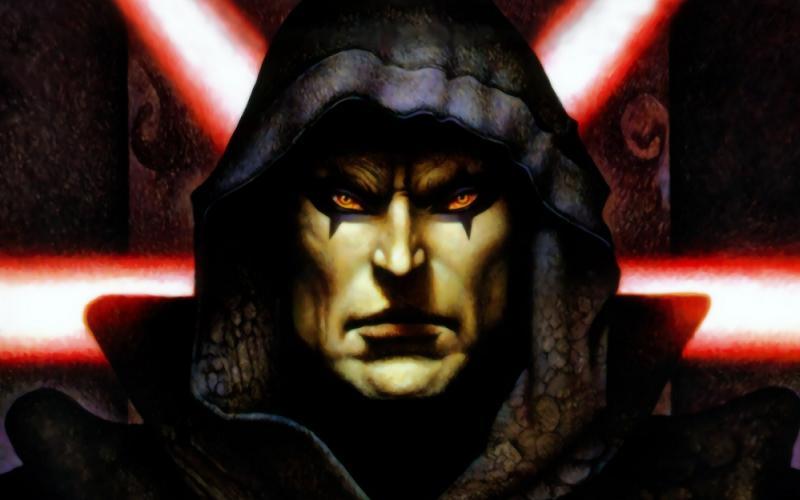 But that’s not the end of the story. It turns out that the deposed Benedict had an awful lot of support in high places, which happens when your domestic policy is, basically, “free sex for everyone!” Just a few weeks after being ousted, Benedict IX was back on the throne as a result of some astute, and terribly boring, political maneuvering. 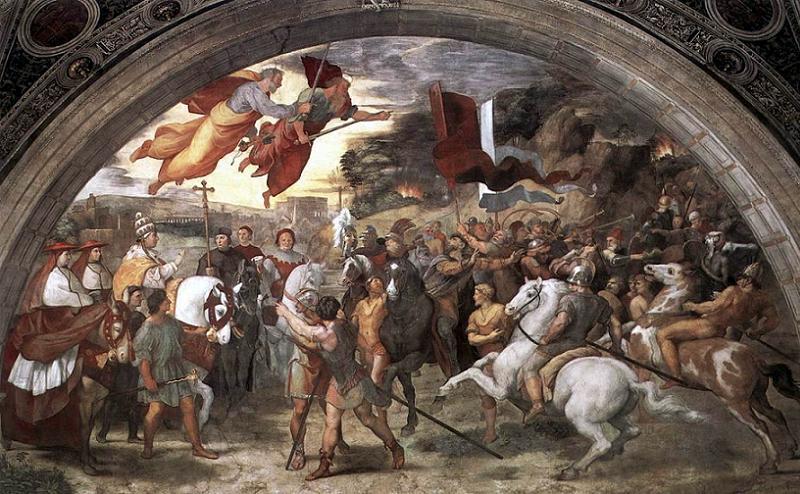 After getting kicked out of Rome for a second time, Benedict decided he quite liked being pope and raised an army to retake the city. You wouldn’t think a gluttonous lech with zero military experience would be able to force his way into a fortified city like Rome and reclaim the throne, but remember—free sex for everyone—it’s possible his enemies’ hearts weren’t in it. Amazingly, Benedict broke with papal tradition and allowed Sylvester III to live, rather than having him strangled and chucked in a river. By the end of 1047, Benedict was back in complete control of the church.