While dinosaurs get all the attention, discover why prehistoric creatures like the terror bird and the Titanoboa are just as terrifying. 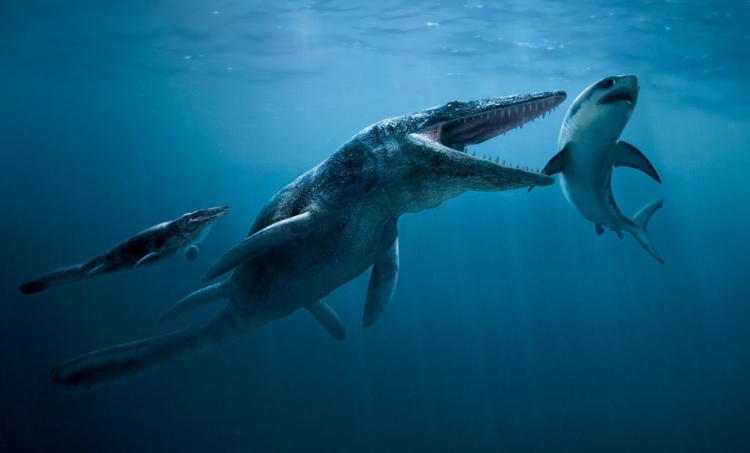 For about 135 million years, dinosaurs were the undisputed rulers of the Earth. And they might still have been today if not for the cataclysmic comet that struck Earth some 65 million years ago.

However, our planet has been around for a lot longer than the dinosaurs’ reign and, as it turns out, nature has been quite adept at producing nightmare-inducing monsters other than dinosaurs. To think that dinosaurs are the only scary inhabitants of our prehistoric past would be a big, big mistake.

From ocean-dwellers far bigger than great whites to sky-dwellers bigger than giraffes to an elephant-sized sloth, here are ten of the scariest — and most fascinating — prehistoric creatures… 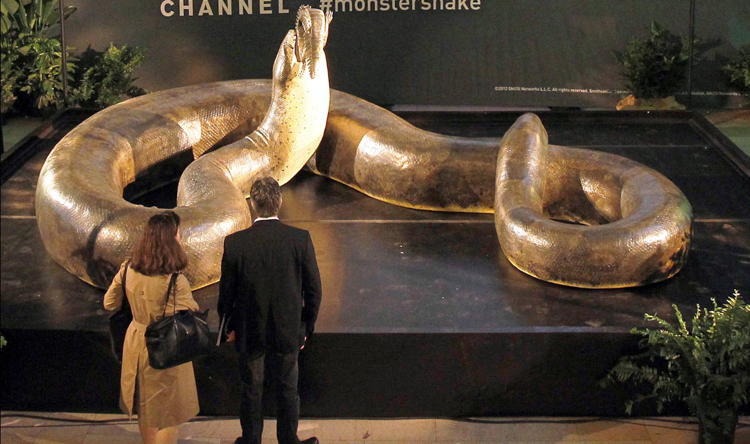 A life-size model of the Titanoboa.

If the movie Anaconda terrified you (and not because of J-Lo’s acting), you might want to skip this one.

Simply put, Titanoboa is the largest snake that ever existed. It grew to more than 40 feet long and could weigh up to 2,500 pounds. To put things in perspective, that’s almost as much as a grown giraffe weighs.

Titanoboa appeared not long after the dinosaurs went extinct, perhaps filling a niche left open by the disappearance of the world’s former top predators.

But had Titanoboa and the dinosaurs coexisted, here’s how a battle between the massive snake and a T. rex might have gone:

Next up: It made the great white look like a goldfish…