The Story Of Betty Broderick, The Jilted Divorcée Who Shot Her Ex-Husband And His New Wife In Their Bed

After an ugly divorce left Betty Broderick bitter and heartbroken, she exacted revenge on her philandering ex Dan Broderick in a crime of passion that remains shocking decades later.

It was shortly before dawn on November 5, 1989, when Betty Broderick entered the San Diego, California home of her former husband, Dan Broderick ⏤ and shot him and his new wife as they lay screaming in their bed.

Her story became a lightning rod for jilted exes across America, especially when she described how her husband, who she financially supported through school, betrayed her for a younger woman. 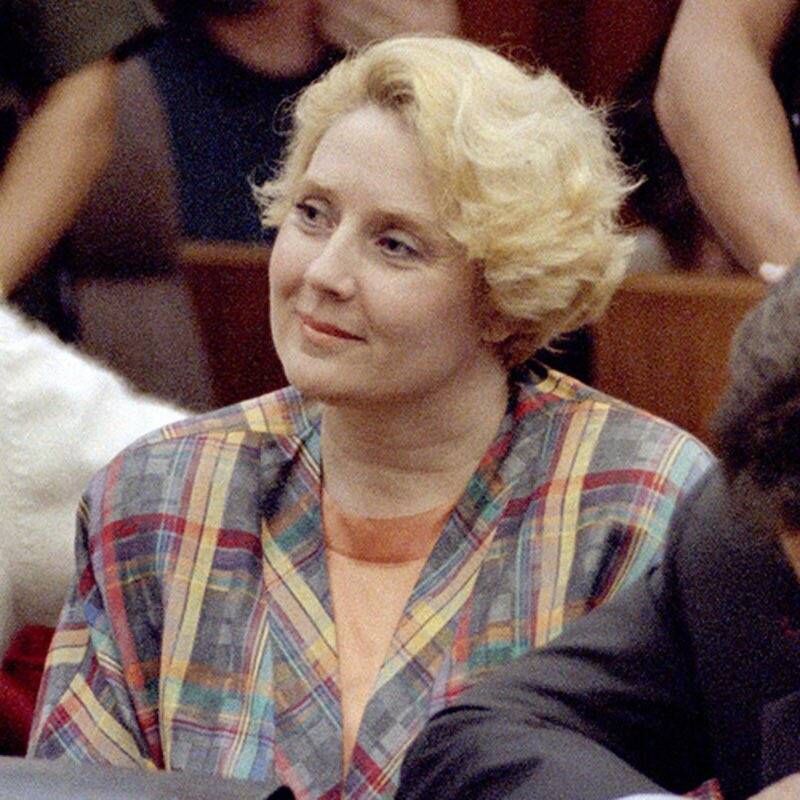 Some came to see Betty Broderick as a spouse who got well-deserved revenge, while others deemed her a ruthless killer.

The Toxic Divorce Of Dan And Betty Broderick 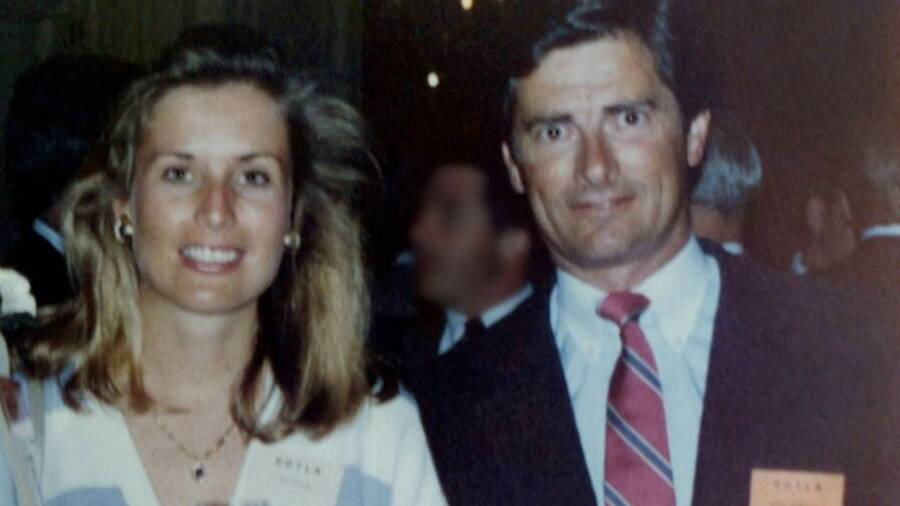 Born Elisabeth Anne Bisceglia on Nov. 7, 1947, in Brooklyn, New York, Betty Broderick was raised in a Catholic family. She was so devout that she planned to attend a local Catholic women’s college after graduating high school.

Her fate changed at 17, however, when she met Dan Broderick during a Notre Dame football game in Pittsburgh. The couple married in 1969.

Broderick supported her husband’s studies at Harvard Law School by teaching elementary school and babysitting. When he graduated, the couple moved to La Jolla, California, and started a family. Broderick stayed home with their three kids.

A newly-minted lawyer, Dan Broderick began earning more than a million dollars per year at his firm. While the couple was now able to afford country club memberships, a Corvette, a boat, and a ski condo, none of that would fix the cracks that began to develop in their marriage.

Broderick first became suspicious of her husband in 1983, after he promoted his 22-year-old receptionist Linda Kolkena to be his assistant. Since the former airline stewardess didn’t have a degree or know how to type, Broderick suspected infidelity. She was soon proven right.

Feeling betrayed, Broderick burned her husband’s clothes and threw a stereo at him. While the couple began their divorce proceedings, Broderick claimed her husband made it impossible for her to find a lawyer to represent her, so she broke into his home, spray-painted his bedroom, and smeared food all over his kitchen.

In response, Dan Broderick filed a restraining order against her in 1984, which Broderick responded to by ramming her car into his front door. She was arrested with a knife on her person and held in psychiatric care for 72 hours.

The divorce was finalized in 1986, with Dan Broderick taking the house and had custody of their three children. “He took my home, my kids, my money,” Broderick told The New York Times in 1991. “His was the white-collar way of beating you. If he had hit me with a baseball bat, I could have shown people what he did and made him stop.”

Though she was given an allowance by him, Broderick claimed she “had nothing to live on.”

But it was Dan and Linda Kolkena’s 1989 wedding that truly pushed her over the edge.

The Murder Of Dan Broderick And Linda Kolkena 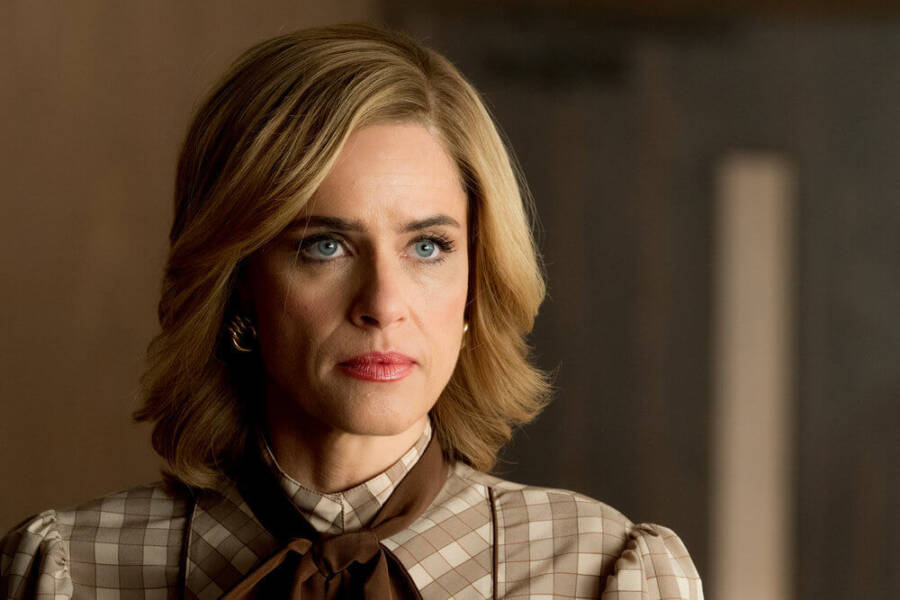 Things were so turbulent between the Brodericks that Linda Kolkena had ominously asked Dan to wear a bulletproof vest at their wedding. He refused, but they were right to be nervous, as Betty Broderick had just purchased a revolver.

That fateful November day, Broderick used her daughter’s keys to enter her ex-husband’s home at 1041 Cypress Avenue. Her presence outside of her ex-husband’s bedroom jolted the doomed couple awake. Kolkena cried out for the police but Broderick fired five shots, two in Kolkena and one in her husband.

As he struggled to reach for the phone, Broderick ripped it out of the wall and left him to die. She turned herself into police that day.

During her trial in the fall of 1990, Betty Broderick maintained that she only wanted to shoot herself in view of the couple, but was startled into firing the gun when Kolkenka yelled out.

She added that she fired unconsciously and testified that she was being covertly abused by her husband who used money to control her. But the prosecution found a taped phone call in which she uttered that she wished Dan Broderick “would just die.” 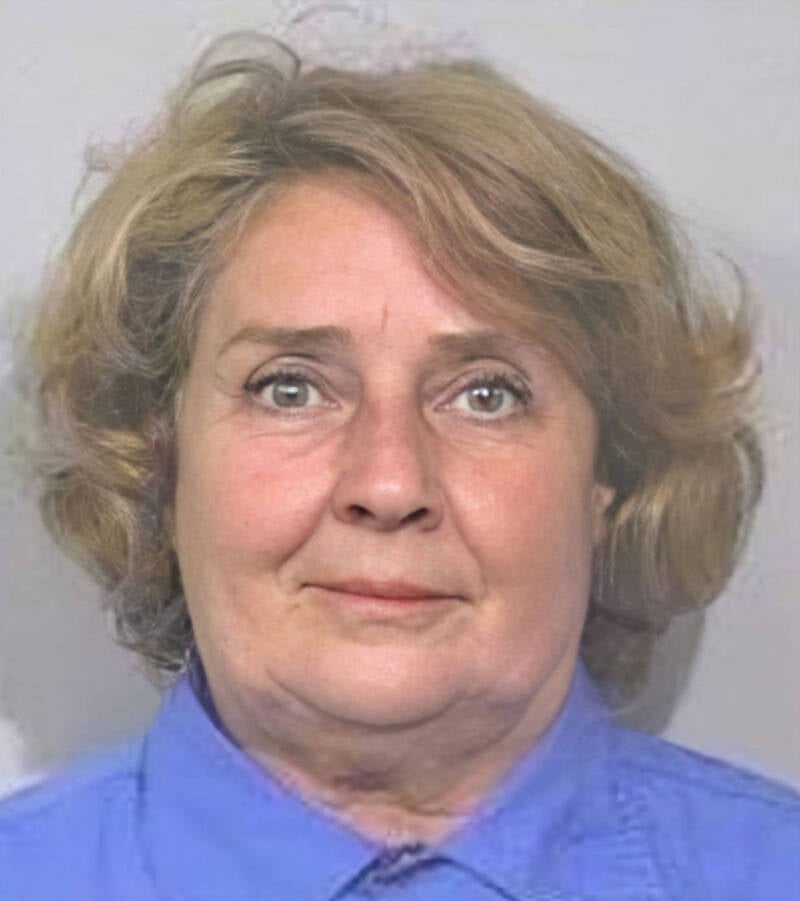 California Department of Corrections and RehabilitationA recent mug shot of Betty Broderick, who is now imprisoned in Chino, California.

Broderick was found guilty and sentenced to two consecutive terms of 15 years to life in prison. Betty Broderick now is imprisoned at the California Institution for Women in Chino, California. Her children were split on whether she should make parole when she went to her first hearing in 2010. She was denied, and her next hearing will be in 2032.

Her story has been immortalized many times, though most recently in the Netflix series Dirty John, where she is portrayed by actress Amanda Peet.

When asked about her life in prison, Broderick claimed that it was good for her. “I live a lot happier than I did when I had all that money,” she said.

After learning about Betty Broderick, read about the Indiana woman who murdered her husband using poisonous mushrooms. Then, learn about John and Lorena Bobbit.