Bicycle Day, Albert Hofmann And The Accidental Origins Of LSD

Bicycle Day is known as the day Albert Hofmann took a ride on a bike and made a groundbreaking discovery at the same time. 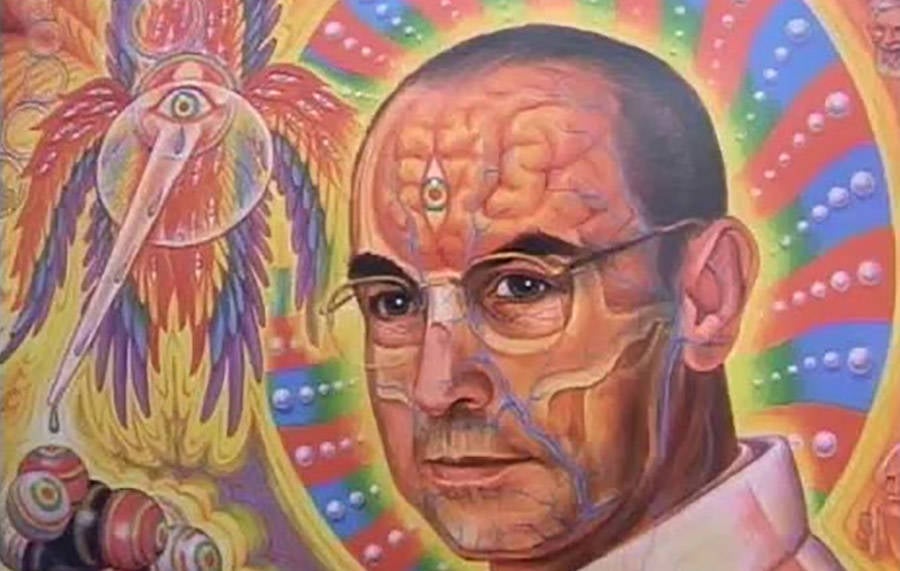 The day that has been dubbed Bicycle Day does have to do with a trip. However, it isn’t exactly in reference to a literal bicycle trip.

Although Bicycle Day took place on April 19, 1943, it wasn’t Hofmann’s first encounter with LSD. Back in 1938, Hofmann first synthesized LSD while he was studying the properties of a rye fungus called ergot. He was looking for a compound that stimulates the nervous system as a medical solution for the treatment of headaches or respiratory problems.

When early tests that were done and yielded little results, the pharmaceutical company that was developing the drug disregarded it and Hofmann subsequently put the substance away.

Jumping back to 1943, Hofmann felt compelled to return to the experiment he had set aside five years ago. On April 16, 1943, a few days before what would become known as Bicycle day, he began experimenting once again.

Though it isn’t clear how Hofmann accidentally absorbed a trace amount, it’s speculated that he licked his fingers after getting a bit of the drug on them. Once he got a taste for it, he felt an effect in the form of an altered state of consciousness.

On April 19, 1943, Hofmann decided to use himself as a test subject in order to discover the true and full effects of LSD. He ingested what he estimated to be a normal dose of .25mg, or 250 micrograms, and diluted it in water.

This was the beginning of Bicycle Day. 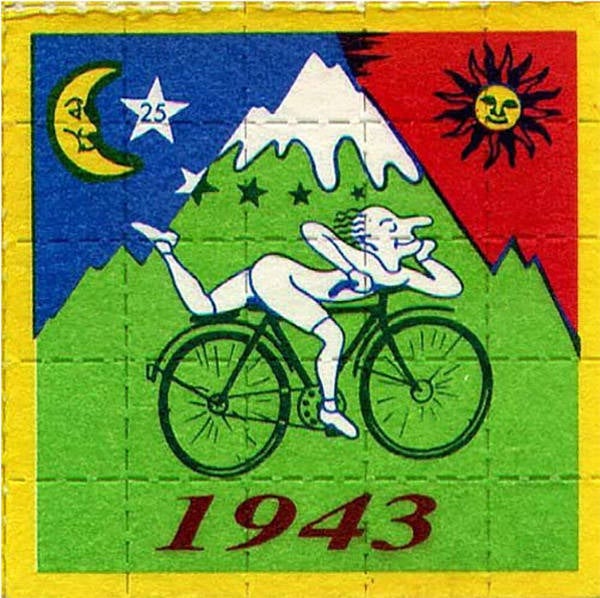 Though he wasn’t sure what to expect, Hofmann felt a visceral transition less than an hour after taking the drug, which included distortion, mixed with slight anxiety, as well as the desire to laugh. Hofmann asked his lab assistant to take him home, but due to wartime restrictions, cars were prohibited at the time. Thus, Hofmann and his associate had to ride home on bicycles.

Here is where the climax of Bicycle day took place. Hofmann’s condition became more and more severe as he rode home. He developed full-on anxiety, paranoia, and feared that he was going insane.

Hofmann became afraid that he had poisoned himself, not too wild of a thought, even for someone on a psychedelic trip. After all ergot, the fungi LSD comes from, is deadly poisonous in its natural state.

On his experience during the ride back on Bicycle Day, Hofmann is quoted in his book saying, “Everything in my field of vision wavered and was distorted as if seen in a curved mirror. I also had the sensation of being unable to move from the spot. Nevertheless, my assistant later told me that we had traveled very rapidly.” 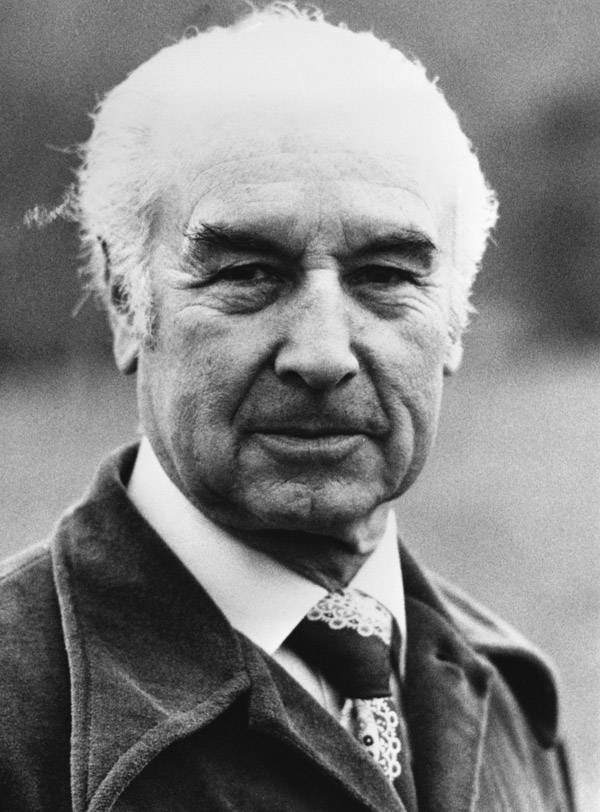 Once he reached home, Hofmann had a doctor come to see him. The doctor found no lethal signs and no physical abnormalities, aside from slightly dilated pupils. As soon as Hofmann learned he wasn’t in danger, he felt a shift.

“The horror softened and gave way to a feeling of good fortune and gratitude,” he said of his account. “Now, little by little, I could begin to enjoy the unprecedented colors and plays of shapes that persisted behind my closed eyes. Kaleidoscopic, fantastic images surged in on me.”

And so the invention of LSD as a psychedelic drug was born, as was the day called Bicycle Day. Albert Hofmann died in 2008 at the age of 102.

Memorialized on April 19, Bicycle Day isn’t necessarily a celebration (aside from some enthusiasts who choose to make it one), but rather a way to recognize a man, his discovery, and the serendipitous way it happened.

Or as Hofmann himself puts it, “I did not choose LSD; LSD found and called me.”

Enjoy this article on Albert Hofmann? Next, read about the composer who made music from a bicycle. Then, learn how the author of “One Flew Over The Cuckoo’s Nest” spread LSD across America.