Funds from the Gates Foundation are going to a company that creates mosquitoes with a "self-limiting" gene in hopes to control populations of the malaria-transmitting bugs. 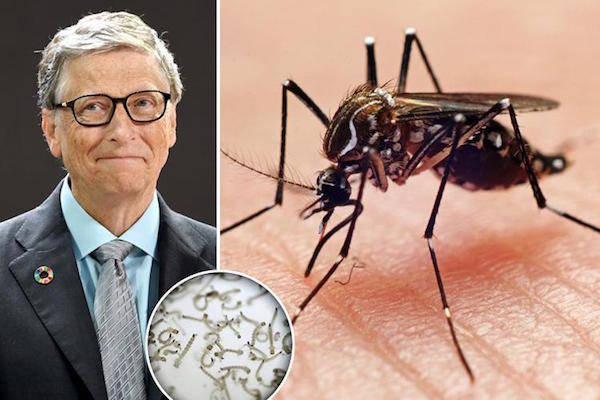 The SunBill Gates is partnering with a company to eradicate malaria through modified mosquitoes.

Bill Gates has a plan to “eradicate malaria within a generation.” And he’s turning to science to do so, using genetically modified mosquitoes.

Last week the Bill and Melinda Gates Foundation donated $4 million to a mosquito engineering company called Oxitec. Based in the U.K., Oxitec is developing lab-engineered male mosquitoes, also called “Friendly Mosquitoes,” since it’s only the females that bite and can transmit malaria.

The plan is to stop the spread of malaria by killing off future generations of the bugs that spread the disease.

The “Friendly Mosquitoes” are modified with a “self-limiting” gene and are then released into the wild. The natural-born female mosquitoes will receive the self-limiting gene from the males during sex. The gene causes offspring to die before reaching adulthood, which is when they start biting people. Furthermore, those mosquitoes would never have the chance to reproduce. Thus, the dangers of malaria-carrying mosquitoes would be greatly limited.

Oxitec has faced scrutiny in the past. The charity Friends of the Earth called out the company for the concept of prematurely killing mosquito offspring and the “ethical risks” involved.

Meanwhile, malaria deaths have been rising following decades of progress. After cases of the disease declined 62% between 2000 and 2015, it has been on the rise. This has left medical experts worried about potential strains cropping up that can be more drug-resistant.

Statistically deadlier than any animal, mosquitoes kill an estimated 830,000 people each year. Over 440,000 of the mosquito-caused deaths are from malaria.

Malaria is caused by a parasite that spreads to humans through the bites of infected female mosquitoes. The specific type of mosquito is called Anopheles, also known as “night-biting” mosquitoes, because they are most likely to bite between dusk and dawn.

Combating the spread of Malaria has long been a priority of the Gates Foundation. In 2010 Gates donated $4.9 million to Oxitec helped to fund early work. The company has already created a genetically modified Aedes aegypti mosquito, which is the bug responsible for the Zika virus and yellow fever. In some areas, they’ve reduced wild populations of the Aedes agegypti mosquito by 90%.

The new Oxitec mosquitoes are expected to be ready for field trials in 2020.

Next read these 21 inspiring and funnyBill Gates quotes. Then read more about theZika virus.