10 Of The World’s Most Bizarre Parades 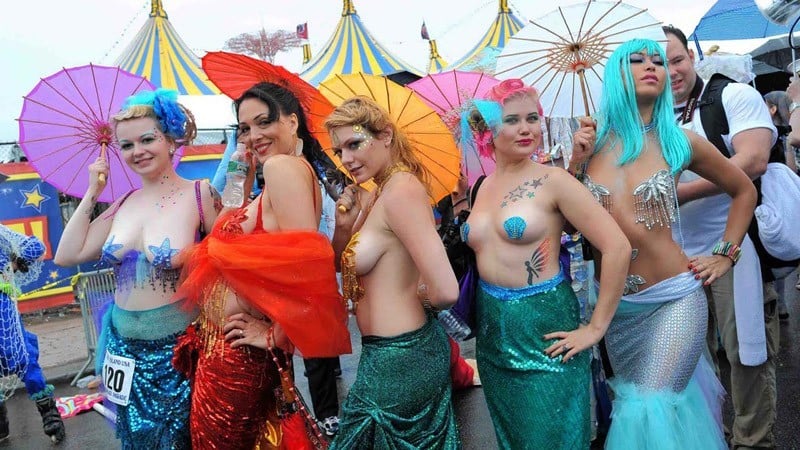 The Mermaid Parade of Coney Island, NY takes the carefree spirit of Mardi Gras and combines it with celebrating the beginning of summer. This show is most notable for the thousands of ladies adorning mermaid costumes, often keeping with the Mardi Gras tradition of traversing the parade route topless, or with little more than pasties adorning their upper half. 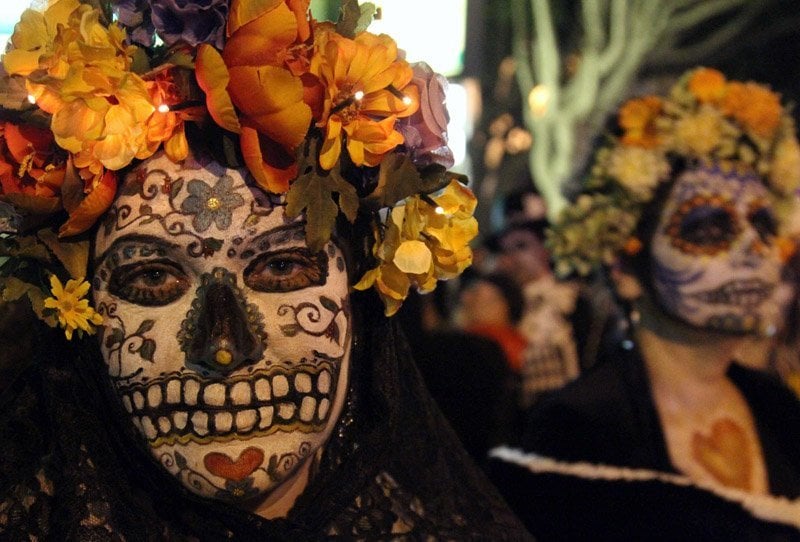 Everyone in the United States is familiar with the October 31st holiday of Halloween, but many here are somewhat unfamiliar with the much older customs of Mexico’s Dia de Muertos, or Day of the Dead. Traditionally, on November 1st and 2nd, families visit the graves of their deceased loved ones and celebrate the lives of the departed – making it a much happier event than the name would imply. In the cavalcade of this ritual, people paint their faces as skeletons and dress as the dead, often carrying coffins or other symbols of those who have passed on. 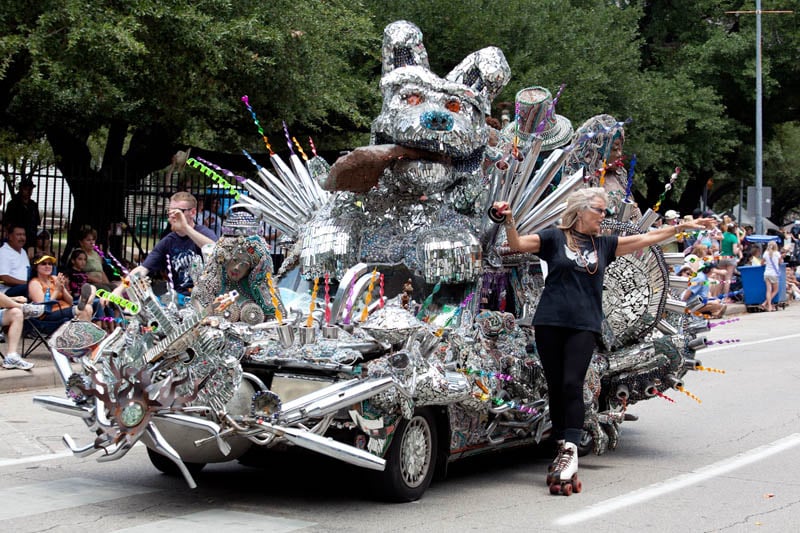 The Houston, Texas Art Car Parade was the first-and is the largest-art car exhibition in the world. People line up their bizarrely-adorned and customized vehicles and drive them through the town, to the delight of the 100,000-plus parade goers. The moving sculptures range from whimsical to truly outrageous. 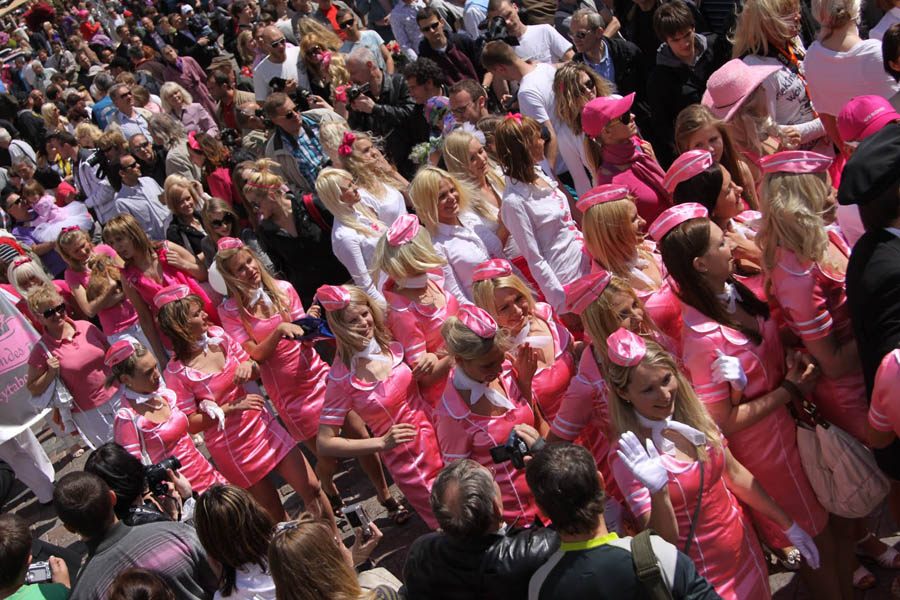 Source: Travel Out There

Sometimes blondes DO have all the fun! The Go Blonde Festival is a yearly event that takes place in Latvia, and features droves of pink-clad blonde women strolling shoulder-to-shoulder through the streets of Riga. Aimed to cheer people up and to promote the economic growth of the region, it has become the largest “Blonde Festival” in the world.

If you shed the pink for some purposely-soiled gauze and frayed clothing, Go Blond-ers can participate in what is known as the Zombie Walk. Events like these have been spreading throughout the world for a while now, but the macabre march originated in North America. For reasons varying from just a twist on the typical night on the town to raising awareness and money for a charitable cause, people show up fully transformed as their “Dawn of the Dead” selvesand moan their way down the city streets to the amusement -and sometimes shock- of the public.