What Would Happen If You Approached A Black Hole?

Black holes have captured the interest of scientists and pop culture lovers for the ages. So what happens to the human body if it enters one?

There are few things more mysterious than black holes. For some scientists, black holes represent a continuous source of wonder and frustration as they struggle to understand just exactly what makes them tick.

For most everyone else, they represent an unknown, incredibly powerful entity which is so strong that not even light can escape its grasp. And yet, everyone always wonders the same thing – “What would happen to me in a black hole”? 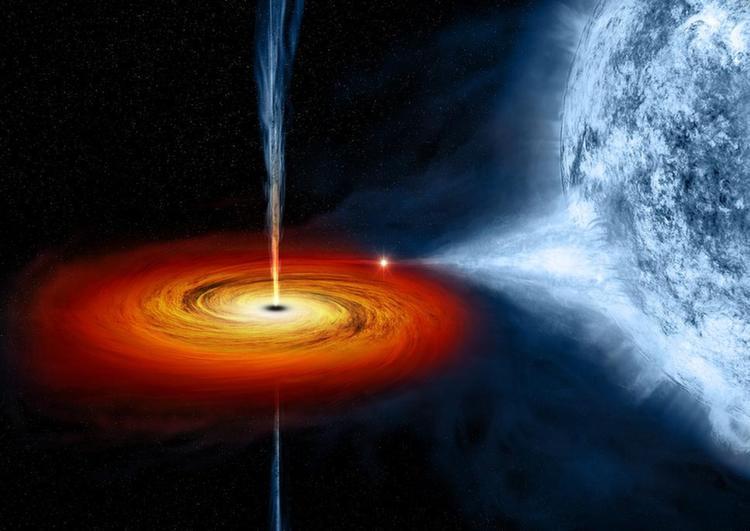 Contrary to popular belief, black holes don’t suck up everything around them like a giant vacuum cleaner
Source: NASA 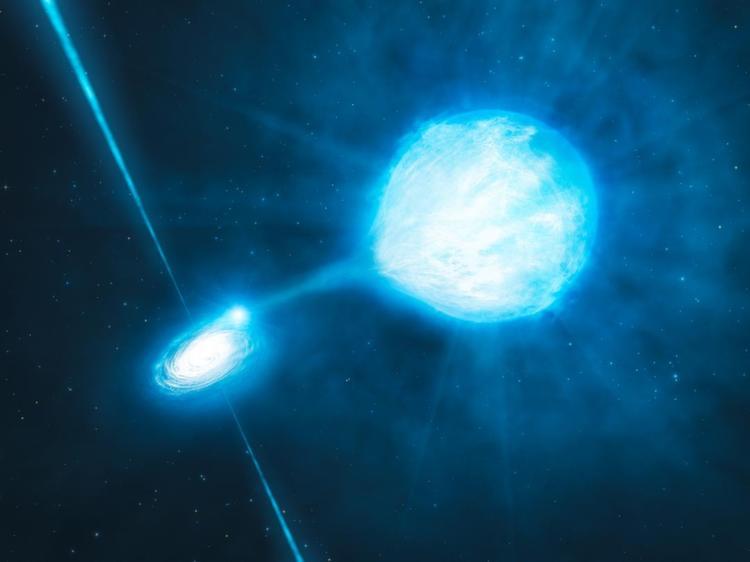 You’re ok as long as you don’t get too close
Source: Forget Today

First thing’s first. What is a black hole, exactly? In short, it’s a stellar remnant, or what’s left over after the death of a star. A black hole is incredibly dense and its gravity is so strong that nothing can escape it (not even light). However, don’t expect a black hole to form after every star death. If that were the case, the universe would be nothing but black holes.

They only have the potential to form following the collapse of really, really big stars. When these stars die, they go out in style, causing giant supernovas. This also causes their core to implode. Depending on its size, this can create one of two things: a neutron star (the tiniest, densest star in the universe) or a black hole. 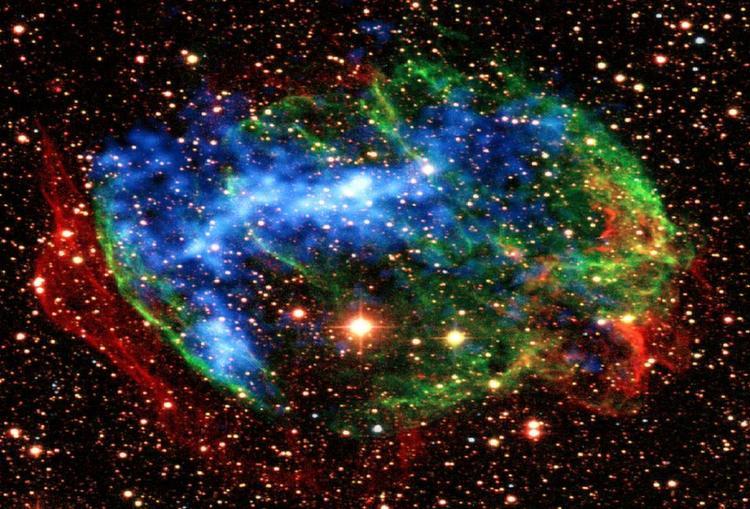 A supernova produces more energy in seconds than our Sun in its entire lifetime
Source: NASA 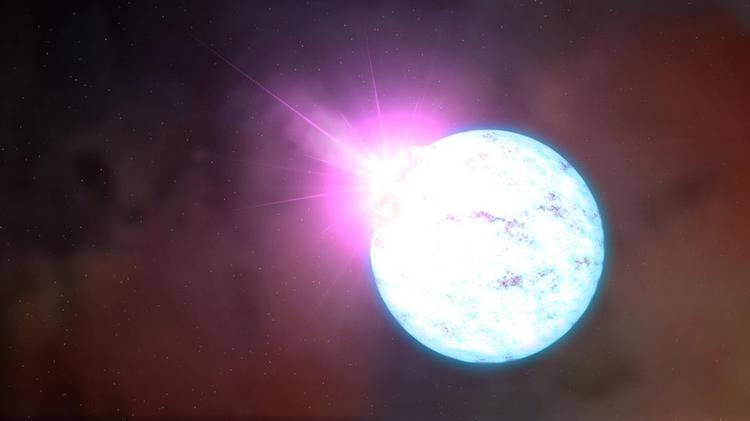 A neutron star is only several miles in diameter, but its mass is much greater than the Sun
Source: NASA

Once a black hole is formed, it has a mass dozens of times larger than our sun. However, it can keep growing by absorbing mass from nearby objects. It can do this until it becomes a supermassive black hole, a giant object with the mass of millions or even billions of suns. In fact, it is now generally accepted that these kinds of supermassive black holes are found in the centers of most galaxies including our very own Milky Way, which has a black hole of 4.3 million solar masses. 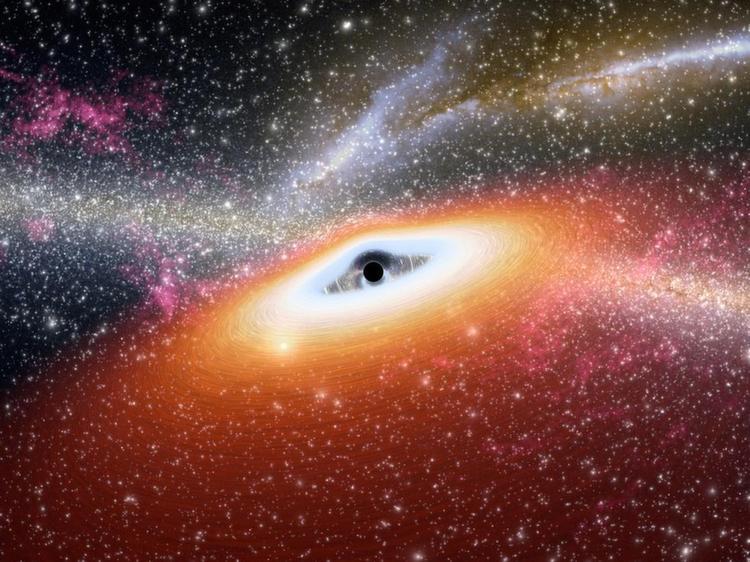 An artist’s impression of one of the oldest discovered black holes, reported to be around 13 billion years old
Source: Penn State

Given how powerful black holes really are, it’s no secret what would happen to you if, somehow, you got close to one. You’d be killed. You would be squashed, ripped and stretched, none of which are very pleasant ways to go out. But let’s focus on the events preceding your demise. First off, you won’t really be able to see anything since there won’t be any light.

There will be a boundary line known as the event horizon which, once you cross it, there is no going back. You are officially caught in the gravitational pull of the black hole and you cannot escape. Around this event horizon, light does weird things. It’s not at the point where it gets sucked into the black hole but it’s still affected by the hole’s gravity so it starts to bend around it. 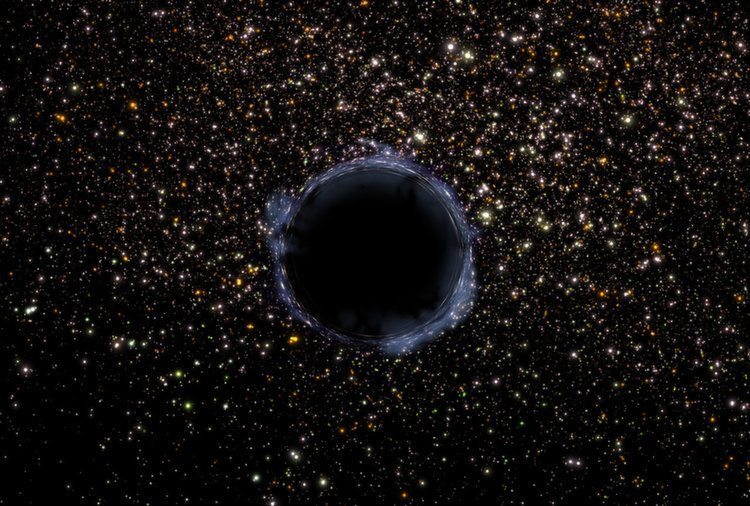 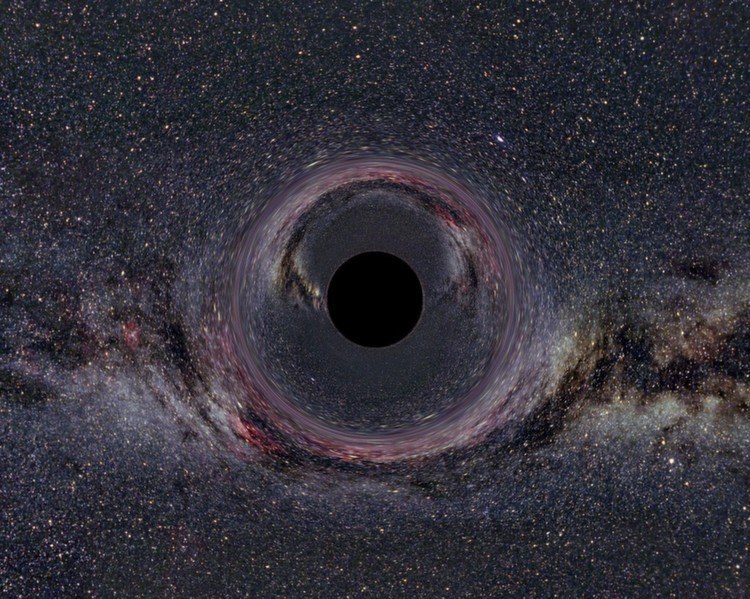 This is one of the main ways used to detect black holes
Source: Imgur

Once you pass the event horizon, your body will experience the aptly-named process of spaghettification. Let’s say that you are floating towards the black hole feet first. Since your feet are closer, the gravitational pull exerted on them will be greater than the pull exerted on your head. This difference in strength will cause you to stretch like spaghetti. This process continues until you become just a thin strip of matter as you get torn apart even at a molecular level. 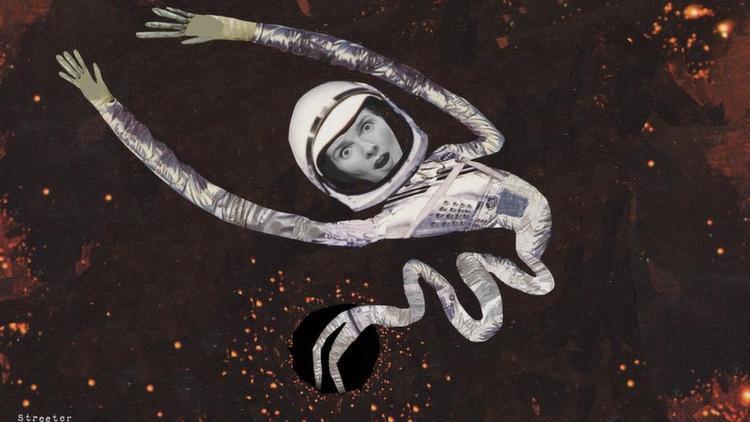 Depending on how big the black hole is, spaghettification can actually occur before you reach the event horizon
Source: NPR

Someone looking at you from a safe distance wouldn’t get to see this, though. Although you would feel time passing normally, an outside observer would see you slow down as you approach the event horizon and then simply stop when you reach it. It would be like you are in suspended animation and then, suddenly, disappear.