The book contained incantations for the deceased so that she could ward off evil spirits and demons in her journey toward the underworld. 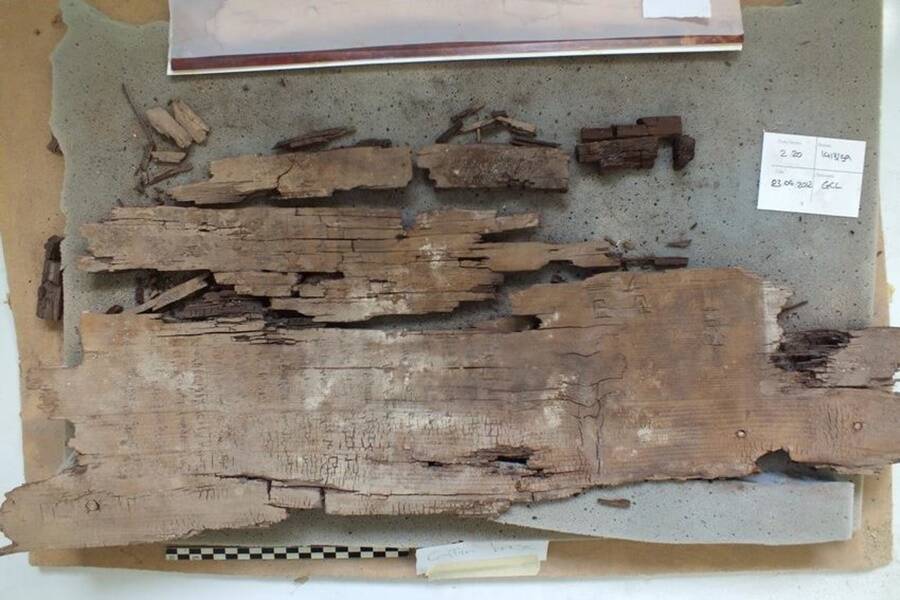 Harco WillemsFragments from a Book of Two Ways discovered on the coffin of a woman named Ankh inside the necropolis of Deir el-Bersha.

Even those who know little of ancient Egypt’s mysteries have heard of the infamous Book of the Dead. And now, researchers have found a similar text that not only predates that one, but may also be the oldest illustrated book ever uncovered.

According to The New York Times, Egyptologists found parts of an illustrated “book” that served as a guide to reach Rostau — the Underworld ruled by Osiris, the Egyptian god of death.

The incredible discovery, published in the Journal of Egyptian Archaeology, happened at the village Dayr al-Barsha (or Deir el-Bersha) where the cliff-side necropolis of the region’s governors who ruled during Egypt’s Middle Kingdom were laid to rest inside elaborately decorated tombs.

In 2012, guided by archaeologist Harco Willems from Belgium’s University of Leuven, a team of researchers investigated one of the five burial shafts located inside the tomb complex of Ahanakht. Twenty feet down inside the burial shaft, the team found the remains of a sarcophagus that appeared to be completely undisturbed despite the previous presence of grave robbers and other archaeologists at the site.

Judging by the remains and the setup of the sarcophagus, it belonged to an elite woman named Ankh who was related to an elite government official. Her cedar coffin had deteriorated due to being overrun by fungi but upon closer inspection, the crumbling casket revealed something unexpected.

Inside the sarcophagus were remarkable etchings explicitly quoting from the Book Of Two Ways, which is made up of hieroglyphs and illustrations describing Ankh’s wayward journey into the afterlife.

“These ‘coffin texts’ tend to situate the deceased in the world of the gods,” Willems said. “Sometimes they are combined with drawings. At Deir el-Bersha, one frequently encounters Books of Two Ways.” 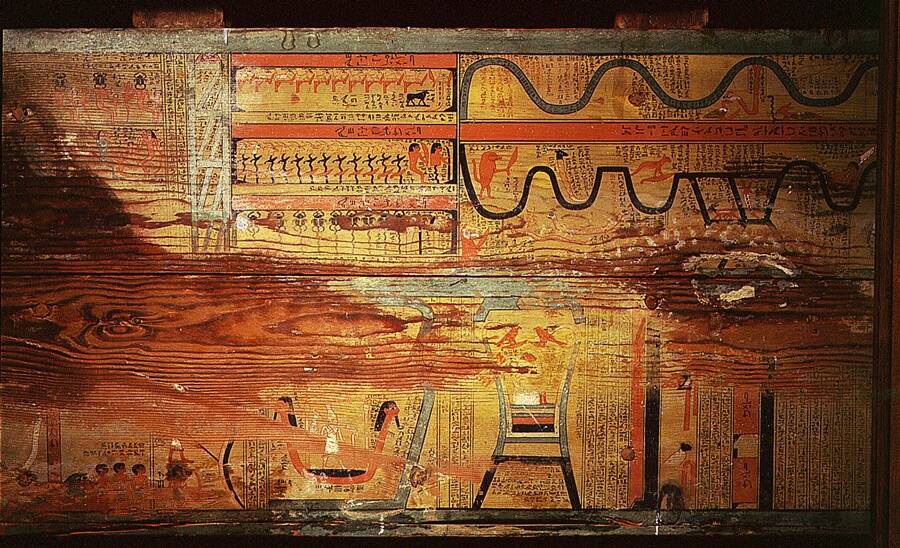 Werner Forman/Universal Images Group via Getty ImagesMarkings on the floor of a coffin showing the “two ways” of the ancient Egyptian afterlife referred to in the Book of Two Ways.

“The ancient Egyptians were obsessed with life in all its forms,” explained Rita Lucarelli, an Egyptology curator at the University of California, Berkeley. “Death for them was a new life.”

Now, researchers have yet again uncovered evidence that ancient Egypt’s elaborate death customs sometimes included providing the dead with these “coffin texts” so that they could make their way to the underworld. Remarkably, each person had their own version of the text that was customized based on their status and wealth.

Ankh’s guide texts incorporated incantations to help her ward off the demons she encountered on her journey. The arduous trip to reach Rostau, the markings proclaimed, would be plagued by obstacles of fire, demons, and spirits that she would have to overcome.

“This one begins with a text encircled by a red line designated as ‘ring of fire,'” Willems said. “The text is about the sun god passing this protective fiery ring to reach Osiris.” 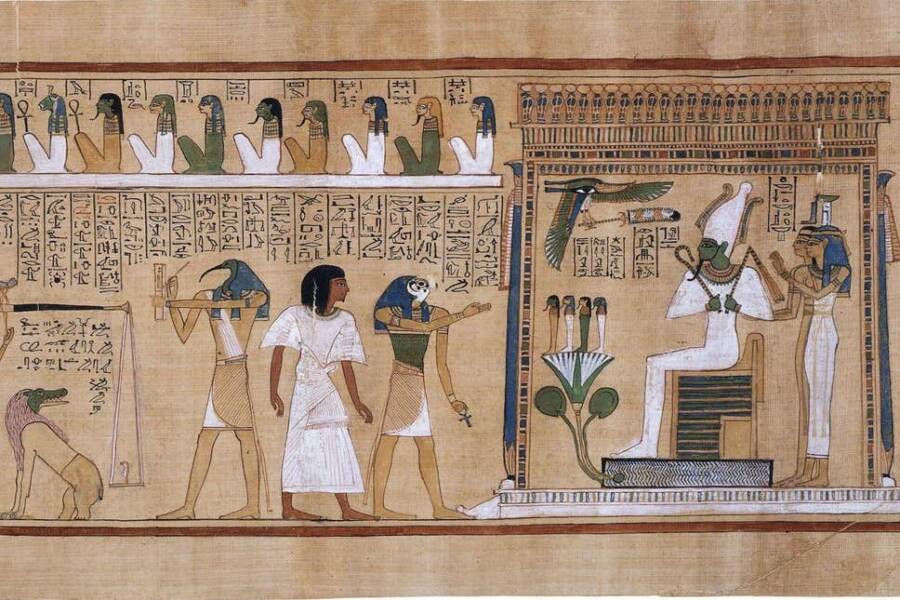 British MuseumJudgement scene from the Book Of The Dead, the corpus of Egyptian funerary texts that the Book Of Two Ways predates.

Researchers estimated the age of Ankh’s sarcophagus texts based on inscriptions and other relics found nearby that referred to the reign of Pharaoh Mentuhotep II, who ruled until 2010 B.C.E. That means the original manual from which these texts were copied would be at least 4,000 years old, likely making it the world’s oldest illustrated book ever found.

The team furthermore found two dozen extant texts of the Book Of Two Ways maps inside the burial shaft. Most etchings have been difficult to make out but the scientists believe the depictions likely illustrate rituals to bring deceased gods or dead humans back to life, symbolizing rebirth in Egyptian culture.

Perhaps further study will only help unravel more of the mysteries stirred up by this fascinating find.

Next, discover the most interesting facts about ancient Egypt and find out how the Egyptians built the pyramids.