Inside The Mysterious Disappearance Of Brian Shaffer, The Medical Student Who Vanished From An Ohio Bar

In the early morning hours of April 1, 2006, 27-year-old Brian Shaffer was captured by CCTV cameras entering the Ugly Tuna Saloona — and hasn't been seen since.

As a second-year medical student at Ohio State, Brian Shaffer had a bright future ahead of him. But that all changed on April 1, 2006, when a night on the town to celebrate the beginning of spring break ended in his disappearance.

Shaffer was last seen leisurely bar-hopping with his roommate when, in the company of many bar-goers and just before 2 AM, he inexplicably vanished.

The Night Of Brian Shaffer’s Disappearance 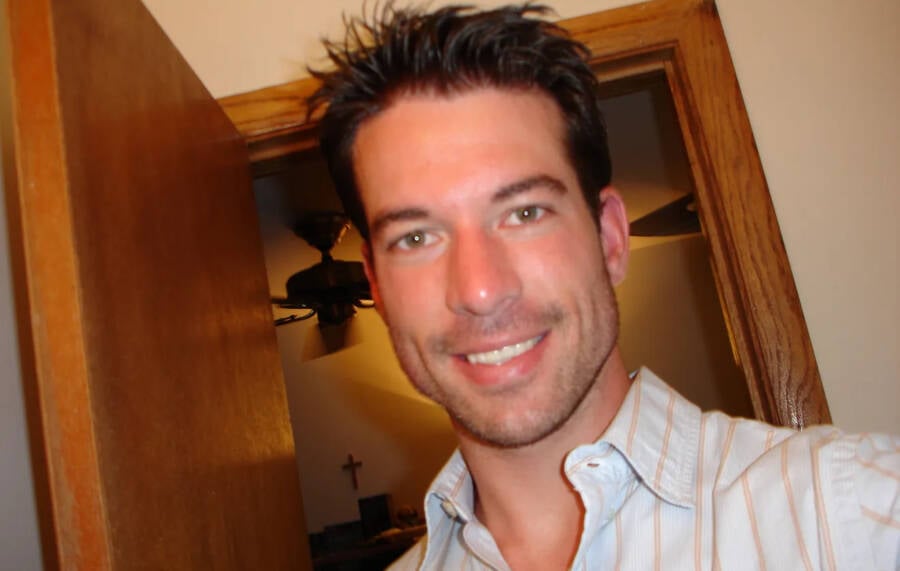 TwitterThe disappearance of Brian Shaffer has never been solved.

Born on February 25, 1979, in Pickerington, Ohio, Brian Randall Shaffer was a responsible son and student. After graduating high school in 1997, he attended Ohio State University (OSU) where he later began his studies at the OSU College of Medicine in 2004.

As Shaffer told his peers, however, his real dream was to start a band. He was drawn to the tropical lifestyle of Jimmy Buffet and adored Pearl Jam enough to get their logo tattooed on his arm.

He met his girlfriend, Alexis Waggoner, in 2006. She was also a second-year medical school student. Those closest to the couple believed he was planning to propose to her during their spring break trip to Miami that was planned just before Shaffer’s disappearance. 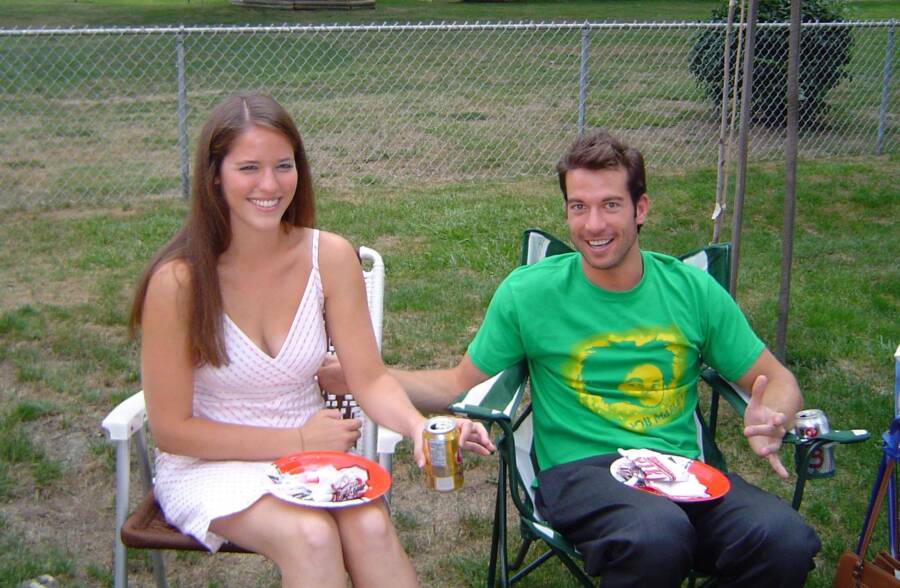 Brian Shaffer’s family was first struck with tragedy in 2006 when his mother died of bone cancer. Then, on March 31, 2006, Brian Shaffer and his roommate William “Clint” Florence walked to the Ugly Tuna Saloona bar in Columbus’ University District, eager to blow off steam from their spring finals.

Around 10:00 p.m., Shaffer called his girlfriend to confirm their trip and to tell her that he loved her. Waggoner was headed to visit her parents in Toledo before reuniting with Shaffer on Monday morning.

After shots and beers at the Ugly Tuna, the two men ambled to the Arena District and Short North, where they met Meredith Reed, Florence’s friend, who offered to drive them back to the Ugly Tuna.

As security footage outside the Ugly Tuna confirmed, all three of them rode the escalator to the bar’s second-story entrance at 1:15 a.m. For some reason, Shaffer reemerged outside before 2:00 a.m. and was seen chatting easily with two women in their 20s before vanishing.

Florence and Reed tried calling him several times but to no avail and went home when the bar closed. Calls from his father Randy Shaffer and Waggoner also went unanswered all weekend. On Monday morning, Brian Shaffer missed his flight. He was designated as a missing person that day. 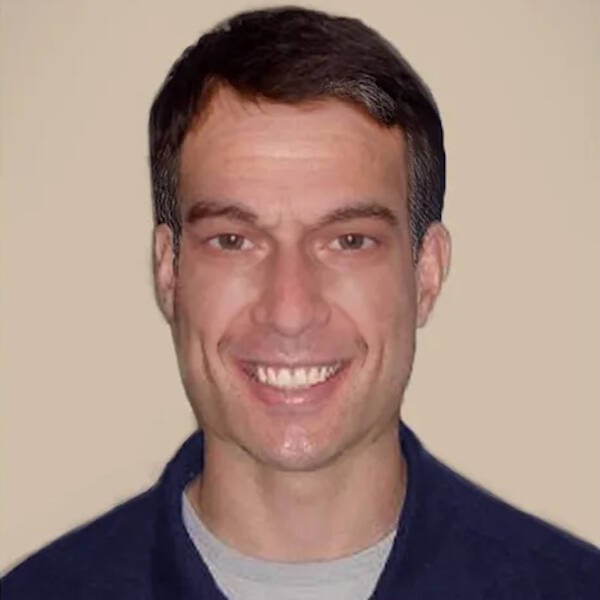 During the first few days of his disappearance, up to 50 cops searched for him at any one time. Shaffer’s friends and relatives were questioned and everyone except his roommate who refused passed lie detector tests.

For some reason, those two women he was seen chatting with were not asked to take tests.

Waggoner reportedly called his cellphone every day but it went straight to voicemail, until one night in September when it actually rang three times. But Shaffer’s wireless provider said that may have been a computer glitch.

Additionally, his phone was not GPS enabled so its location could not be determined, but a ping from the phone was detected at a cell tower 14 miles northwest of Columbus.

Though Pearl Jam’s Eddie Vedder spoke of the disappearance of Brian Shaffer at a Cincinnati concert, the Columbus Police Department remained baffled by the case, despite the evidence they did have.

The final footage of Brian Shaffer from the security cameras at the Ugly Tuna clearly showed him walking offscreen and back toward the bar entrance before disappearing entirely. It was certainly possible that the cameras simply missed Shaffer before he left the scene. But one camera panned continuously around while the other was manually operated.

And while the bar also had one other exit, it led to a chaotic construction site. Investigators then wondered if that meant perhaps Shaffer had disappeared on purpose. He could have changed his clothes or left through the exit that led to the construction site.

But Shaffer’s family has always insisted that there was no motive for him to fake his disappearance. And indeed, it seemed he had more to look forward to than to escape from. 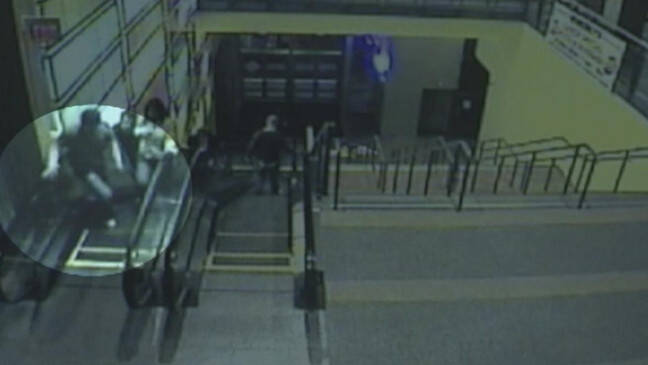 YouTubeThe last footage of Brian Shaffer seen entering the bar but not leaving.

When neither Brian Shaffer’s credit cards, bank accounts, nor cell phone were used a single time in more than a year, his family began to lose hope that he might still be alive.

Shaffer’s remaining family consists only of his younger brother, who is still searching for him. Hope briefly came and went in 2020 when a photo of what looked like an American man who was homeless in Tijuana, Mexico, and who bore an uncanny resemblance to Shaffer, went viral.

After rigorous facial analysis, however, the FBI determined that it wasn’t him.

If alive, Brian Shaffer would be 42 years old. The Ohio Bureau of Criminal Investigation released a digital mock-up of his face to reflect that age progression, in hopes that someone might miraculously spot him should he still be alive.

For anyone who does, Central Ohio Crime Stoppers has offered a $100,000 reward.