Inside The Haunting Disappearance Of Etan Patz, One Of The Original Missing Milk Carton Kids

On May 25, 1979, six-year-old Etan Patz disappeared in the SoHo neighborhood of Manhattan in New York City. He was never seen alive again.

Though it may now seem like a thing of the past, it wasn’t too long ago that thousands of children’s faces appeared on milk cartons across the U.S. under the bold black heading “MISSING.” Yet, despite the immense reach of the missing milk carton kids campaign, the fate of many of them remains unknown to this day.

Six-year-old New Yorker Etan Patz was one of the very first children to have his image plastered on cartons of milk following his 1979 disappearance, and his case likewise went unsolved for almost four decades. 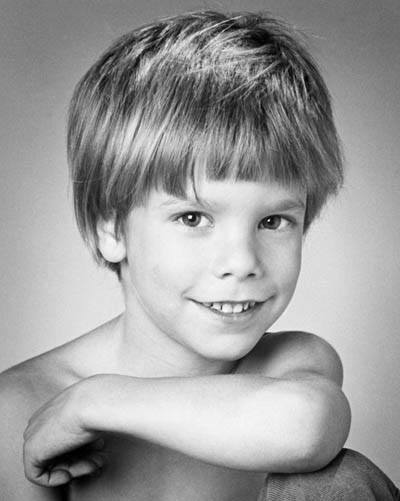 Wikimedia CommonsEtan Patz at age six in a photo taken by his father.

But in 2017, a jury convicted the man believed to be responsible for Etan Patz’s disappearance, closing the case that helped start the missing milk carton kids program.

Although a suspect is now behind bars, the 40-year story behind the disappearance of Etan Patz remains as haunting as ever.

The Disappearance Of Etan Patz

An Inside Edition segment on Etan Patz’s disappearance.

Etan Patz was only six years old when he left his SoHo, Manhattan home on Friday, May 25, 1979.

That day, the shaggy-haired, blue-eyed boy wore a black Eastern Airlines cap and striped sneakers. He packed an elephant-covered tote bag with his favorite toy cars, took a dollar to buy a soda, and stepped outside onto New York’s familiar streets.

It was the first time that he had successfully convinced his mother, Julie Patz, to let him walk the two blocks to the bus stop by himself.

Unbeknownst to her, it would be the last time she would ever see her son. When she learned of his absence from school that day, her legs gave out from under her.

The New York Police Department spared no expense, dispatching 100 officers with bloodhounds and helicopters to search for the missing boy. They went neighborhood to neighborhood and door to door conducting room-by-room searches. 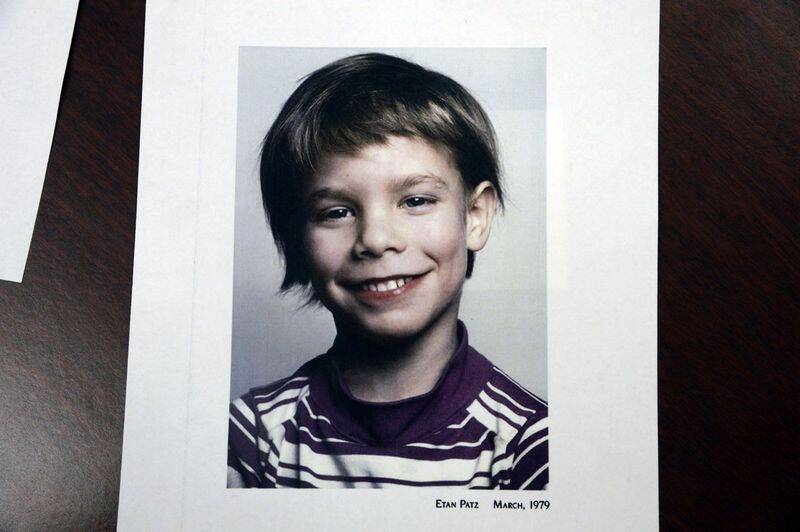 Photos of Etan Patz were splashed across televisions, plastered on telephone polls, beamed from the screens of Times Square, and eventually printed on milk cartons in every state.

Etan Patz wasn’t the first missing milk carton kid. This tactic had started a couple of years earlier in the Midwest when two boys had gone missing in Iowa.

But Etan Patz’s disappearance in particular — so quick, so senseless, and so permanent — had captured the attention of parents and children far beyond New York and brought the milk carton campaign to national attention.

In 1983, President Reagan even designated May 25, the day of Etan Patz’s kidnapping, “National Missing Children’s Day.” His case then inspired the founding of the National Center for Missing and Exploited Children (NCMEC) in 1984.

The organization quickly adopted the Iowa milk carton strategy, making Patz the first child to be featured in a national campaign.

At the time, a full five years had passed since his disappearance. Most of the leads had already gone cold.

A fresh wave of concern and suspicion swept the country as the faces of more vanished children began appearing on pizza boxes, utility bills, grocery bags, telephone directories, and more.

Occasionally, the alerts worked — like in the case of seven-year-old Bonnie Lohman, who came across a picture of herself as a toddler while grocery shopping with the stepdad that abducted her five years earlier.

But those instances were rare and the major impact of the photos was spreading awareness that the world was not the happy, wholesome place that many Americans believed it to be. “Stranger danger” became a common topic in homes and schools — with milk cartons serving as poignant and terrifying props.

But even as Etan Patz’s name became inextricable from warnings about pedophiles and murderers, his actual fate remained a mystery.

The Patz Case Goes Cold… Then Heats Right Back Up 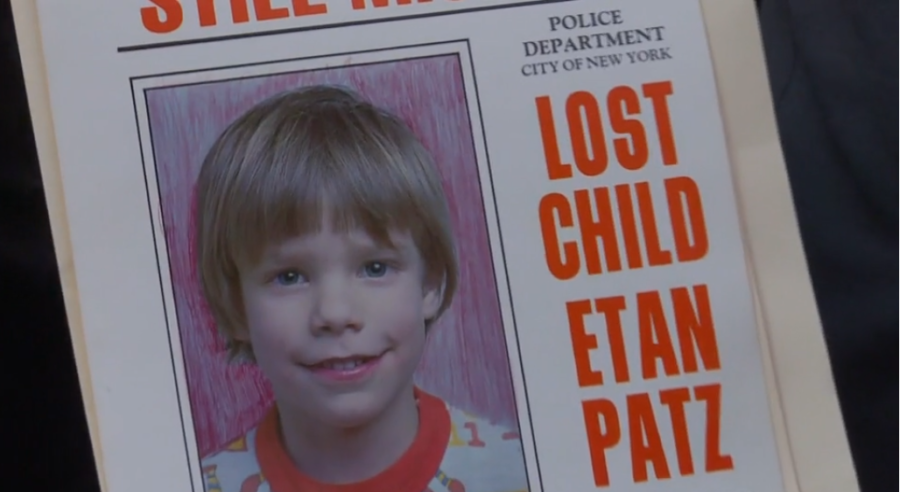 As the decades went by, law enforcement continued to investigate Etan Patz’s disappearance. Throughout the 1980s and 1990s, clues took them as far as the Middle East, Germany, and Switzerland.

In 2000, investigators searched the New York basement of Jose Ramos — a convicted child molester who previously had a relationship with one of Patz’s babysitters. But after eight hours of scavenging, they didn’t find any evidence.

Then, in 2001, 22 years after his disappearance, Etan Patz was declared legally dead.

Patz’s father sought the declaration in order to file a wrongful death suit against Ramos, who was convicted in a civil case in 2004, but never admitted to — and was never officially tried in regard to — the boy’s murder. 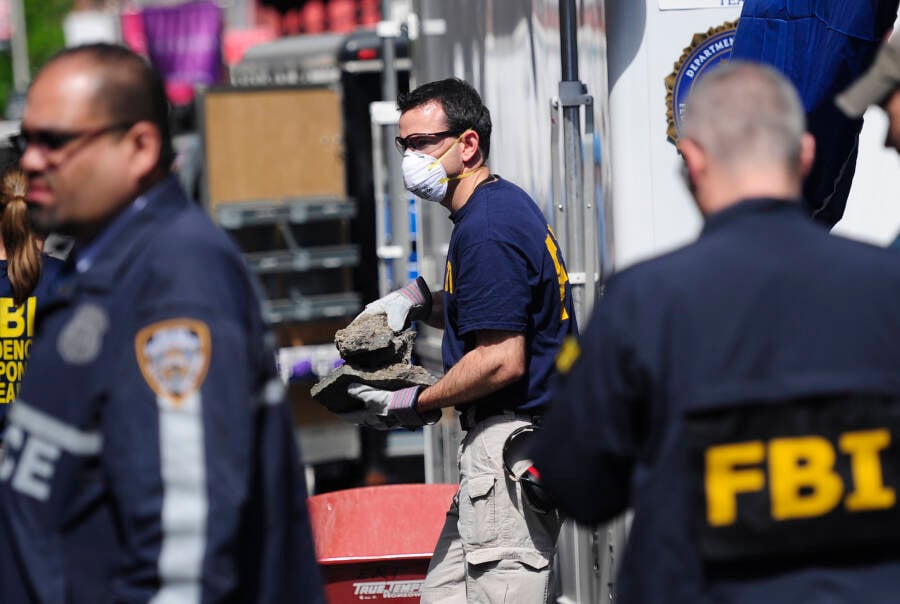 EMMANUEL DUNAND/AFP via Getty ImagesNew York police and FBI agents remove pieces of concrete after digging up a basement believed to contain clues about the disappearance of Etan Patz. 2012.

In 2012, police realized that Othniel Miller — a handyman who had known Etan Patz — had poured a concrete floor shortly after the boy’s disappearance. They did some digging and again turned up nothing.

The excavation did, however, reignite media coverage of the case. And a few weeks later, authorities received a call from one Jose Lopez, who claimed his brother-in-law, Pedro Hernandez, was responsible for Etan Patz’s death. 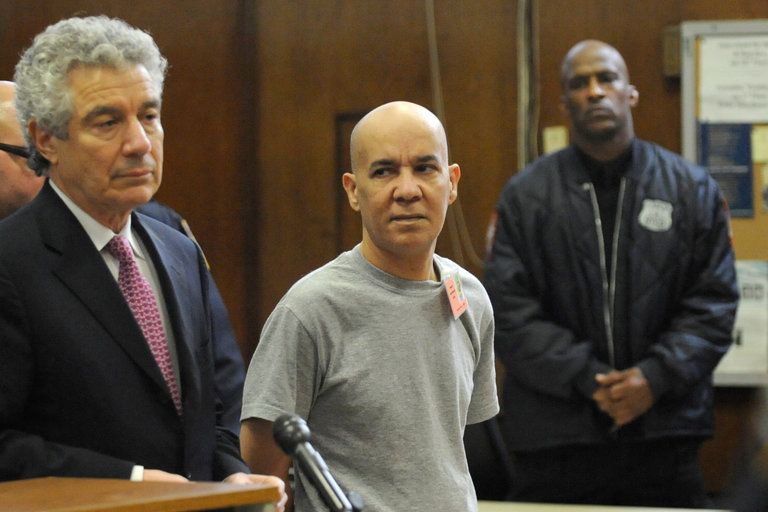 On the fateful morning of Etan Patz’s disappearance in 1979, Hernandez had been an 18-year-old stock clerk in a grocery store on Prince Street, not far from the boy’s home.

A few days after Etan Patz went missing, Hernandez moved back to his hometown in New Jersey. Soon after, he started telling people he’d killed a child in New York.

Crying, he confessed to his church group, to childhood friends, and even to his fiancee. But it wasn’t until after Hernandez’s brother-in-law made the call that Hernandez confessed to police.

Upon his detainment, he told detectives that he had lured Etan Patz into the store’s basement. “I grabbed him by the neck…and I started to choke him,” he said.

However, Hernandez claimed that the boy was still alive when he put him in a plastic bag that he put inside a box and threw away. 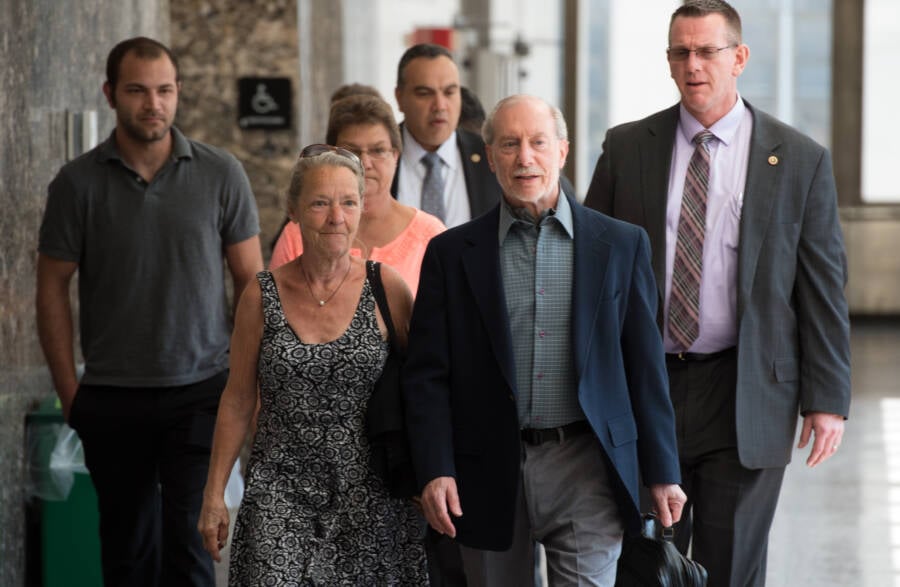 BRYAN R. SMITH/AFP via Getty ImagesJulie and Stanley Patz arriving in court for the sentencing of Pedro Hernandez.

Thirty-three years after the disappearance, police made their first arrest in the case. But with only Hernandez’s statements as evidence, the trial was a long one.

The defense team argued that Hernandez, now 56, suffered from a mental illness that makes it difficult for him to distinguish between fiction and reality. His lawyer reminded jurors that Hernandez has an IQ of 70 and suggested that police had used questionable tactics when interrogating the mentally ill man.

In other words, they argued he’d been convinced into admitting to something he didn’t do. They also pointed back to the Ramos case, arguing that Ramos had a clearer motive.

The 2015 trial ended in a deadlock with one jury member believing Hernandez was innocent. However, when a retrial took place in 2017, the jury was convinced. Hernandez was found guilty of murder and kidnapping on February 14, 2017.

“The disappearance of Etan Patz haunted families in New York and across the country for nearly four decades,” Cyrus R. Vance Jr., the Manhattan district attorney, said of the decision. “Today, a jury affirmed beyond all lasting doubt that Pedro Hernandez kidnapped and killed the missing child.”

The Legacy Of The Etan Patz Case 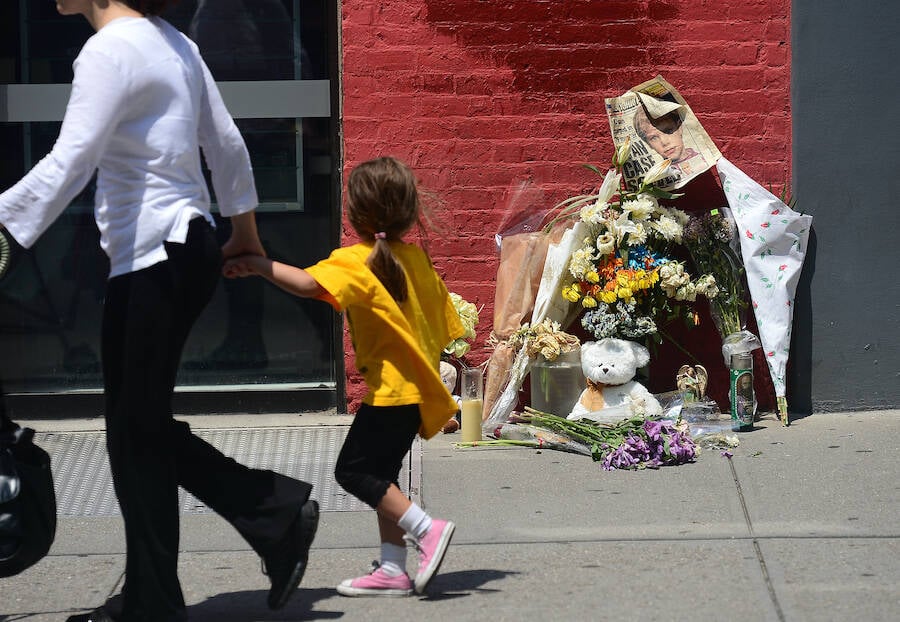 EMMANUEL DUNAND/AFP/GettyImagesA girl walks past a shrine dedicated to Etan Patz in New York, in front of the building where he was murdered.

After 38 years, Etan Patz’s story never entirely faded from public memory. On the day the case closed, people left flowers in front of the now-abandoned store where he is thought to have been killed.

They’re addressed to the “Prince of Prince Street.”

The faces of missing children like Etan Patz no longer appear on milk cartons. However, Etan Patz’s disappearance continues to have a lasting impact through the AMBER Alert system which was set up in 1996.

Today, these alerts are sent directly to people’s phones and Facebook feeds and are far more effective than the missing milk carton kids campaign. For example, the AMBER Alert system in the Netherlands has an incredible 94 percent success rate.

In that sense, although Etan Patz and many other children like him could not be saved, perhaps their deaths were not in vain.

After reading about the disappearance of Etan Patz, one of the first missing milk carton kids, learn about Johnny Gosch, the boy who disappeared and then may have resurfaced 15 years later. Then, read up on Andre Rand, the “Cropsey” killer who terrorized the children of Staten Island.