A Look At Andre Rand, The ‘Cropsey’ Killer Who Terrorized Staten Island

Andre Rand was a custodian at the Willowbrook School for children with disabilities. When it shut down, he began kidnapping kids, killing them, and leaving them in the dirt. 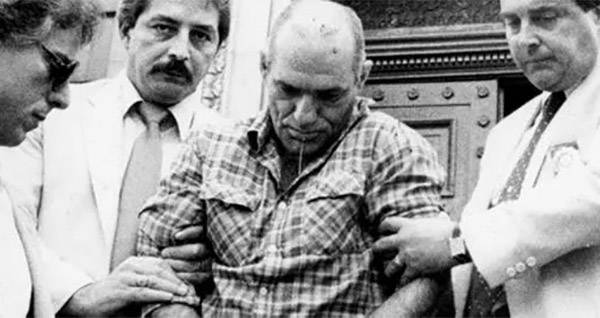 Andre Rand was born as Frank Rushan, but his murderous lifestyle has left him immortalized as “Cropsey.” The name isn’t particularly relevant though — it’s the man behind it that matters, and that man is genuinely terrifying.

Born on March 11, 1944 in Manhattan, New York, Rand is considered to be the most notorious criminal Staten Island has ever known. This designation is largely due to the horrid nature of his criminality — one that involved innocent children.

The story of Andre Rand fortunately concluded with a permanent prison sentenced, but the convicted kidnapper and suspected child serial killer managed to leave enough tragedy behind that this tale isn’t particularly heartening, at all. He is currently serving consecutive 25 years-to-life sentences.

The man’s dark and perversely engrossing life began as a real-world bedtime story, as the kids of Staten Island were regaled with spooky tales of a boogeyman-esque figure who had a hook for a hand. The shape would drag children away from the safety of their homes, and carry them to an abandoned hospital.

This villainous entity became known as Cropsey — which Andre Rand soon embodied, as he committed strikingly similar acts as he terrorized the Staten Island community.

Though eerie bedtime stories are a standard, thrilling part of most everyone’s early childhood, these ominous little tales soon became disquietingly real. Fact and fiction began to fold in on each other, as local children began to disappear — and bodies began to pile up.

Rand worked as a custodian at Staten Island’s Willowbrook State School in the 1960s. This was an institution for children with disabilities, funded by New York State. It was operational and smoothly run, or so it seemed, until officials observed questionable conditions, and unorthodox medical practices.

When it closed, Rand had to find another job. Unfortunately, he spent his time on more nefarious activities. Between the school’s closing and the early 1970s, several young girls in the area went missing. The first was five-year-old Alice Pereira. 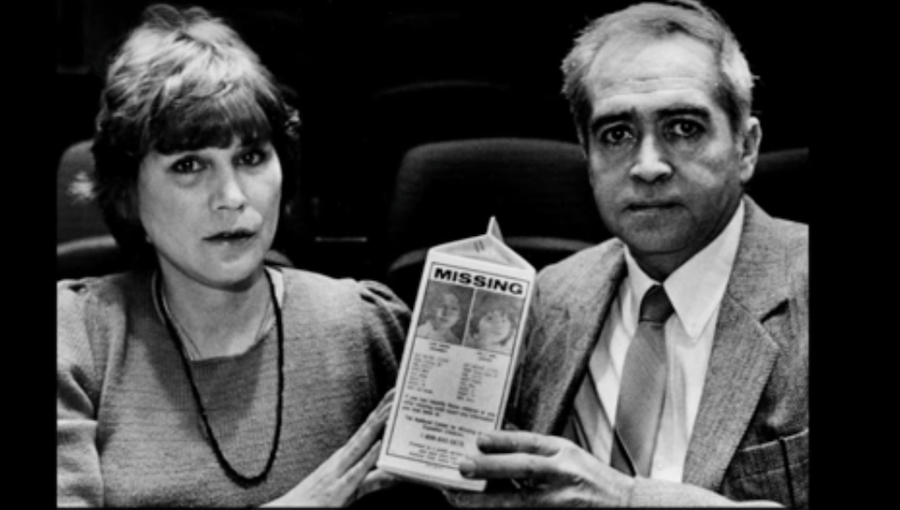 YouTubeHolly Ann Hughes’s parents hold up a milk carton with her missing picture in 1985.

The initial shock occurred on July 10, 1972. The toddler seemed to vanish into thin air while playing in her neighborhood, just a few miles southeast of Willowbrook. By this point, Rand had already served 10 months in prison — for the abduction of several children.

He was never convicted of kidnapping or abduction, as none of the kids were harmed, but he did serve time for unlawful imprisonment. Pereira went missing while Rand was released as a free man. Naturally, authorities considered him a prime suspect in her disappearance.

There wasn’t enough evidence to convict him, however — and the little girl was never seen again.

The Child Victims Of Andre Rand

On July 15, 1981, seven-year-old Holly Ann Hughes went missing. Her parents filed a missing persons report, while several witnesses claimed to have seen the girl with Rand shortly before her disappearance. Once again, no actual evidence led to no actual arrest.

Two years later, Rand became a primary suspect once again when 11-year-old Tiahease Jackson disappeared. In 1984, 21-year-old Hank Gafforio vanished. These unnerving incidents left a town in terror, all the more so because nobody was apprehended and pointed out as the cause of these events.

A Staten Island Live segment featuring interviews with those whose lives Rand affected.

Only three years later did the police finally catch a break on the investigation. Jennifer Schweiger — a 12-year-old girl born with Down syndrome — was reported missing on July 9, 1987. The search for her, or her body, lasted 35 days, and ended in trauma.

According to The New York Times, Schweiger was found dead in a shallow grave — on the former property of the Willowbrook State School.

“When we dug it up and found a little foot there,” said Bob Devine, a volunteer on the search committee for Schweiger. “It’s something that’s going to stick with you the rest of your life.”

Rand had already been arrested in connection with Schweiger’s kidnapping before the girl’s corpse was discovered. He was caught lying to reporters, claiming he had never met the girl — which contradicted the statements by numerous witnesses — and changed his entire story once his defense lawyer heard about these individual accounts.

When Schweiger’s body was found, Rand was charged with her murder, in addition to kidnapping. While the jury couldn’t come to a verdict on the murder charge, they did convict him of first-degree kidnapping. It was 1988.

According to The New York Daily News, although there wasn’t enough evidence at the time, Rand was found guilty of Hughes’ kidnapping in 2004 — over two decades after she went missing. Since there is no statute of limitations in New York for first-degree kidnapping, it was possible to charge and convict Rand of the crime. 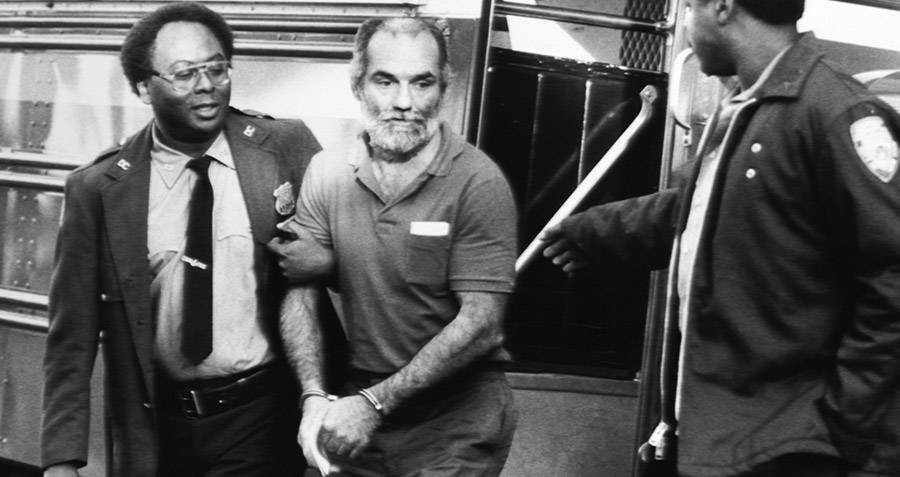 He was given an additional 25-years-to-life sentence on top of the one he was already serving. All in all, the Staten Island boogeyman sits behind bars to this day for the kidnappings of Holly Ann Hughes and Jennifer Schweiger — and won’t be eligible for parole until 2037. Provided he lives that long, he’ll be 93 years old.

According to Staten Island Live, Rand sent numerous letters to The Advance while behind bars. These were neatly written Mother’s Day letters, and directed at “all the ladies on Staten Island who supported ‘prosecutorial vindictiveness’ against an innocent person!”

“Should I become a millionaire, it would be my true nature to grant all of you with each, an envelope full of seeds, to plant and cultivate a rosebush (shrub) that produces roses every season, as a token of my heartfelt forgiveness (year after year), rather than bouquets of rosebuds which blossoms and shortly dies-out.” 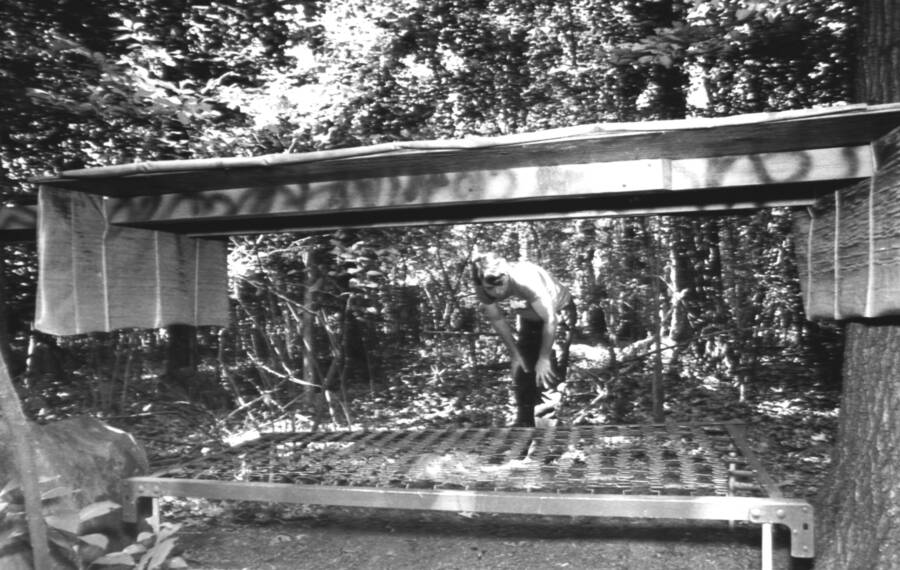 His latest writings came nearly a decade after his last correspondence with the paper. In November 2001, he sent them a batch of mail — some of which dated back to 1994. These were just as precisely written, and drafted so neatly that it seemed a ruler had lent him a hand.

The letters included thorough arguments against the nuclear arms race, nostalgic memories of racing hot rods as a child, and emotional pleas to develop a kind correspondence with an old man for “friendship.”

He also included a sketch of a small airplane, and the interior control panel.

Andre Rand’s disturbing life was vividly explored in Joshua Zeman and Barbara Brancaccio’s 2009 documentary Cropsey. According to PopSugar, the film premiered at the Tribeca Film Festival that year and won the Grand Jury Prize for its engrossing narrative and deft production.

The filmmakers’ approach here was to posit to an audience whether or not this local urban legend had any actual, warranted ties to the life of Andre Rand. For some of the people who experienced those years on Staten Island, and were involved in finding these missing children — a boogeyman figure didn’t even come close to portraying Rand’s macabre psyche.

The official trailer for the 2009 documentary Cropsey.

“I call him the Hannibal Lecter of Staten Island,” said Donna Cutugno, the president of Friends of Jennifer for Missing Children, a volunteer group that still searches Willowbrook’s 385 acres twice a year in search of the other missing girls.

“He terrified a whole community. He still haunts us.”

In the end, Andre Rand has been caught and imprisoned. He won’t be seeing the world anytime soon, nor walking amongst civilians in the great outdoors, let alone children. Nonetheless, what he did in his early years has left behind massive psychological trauma, young lives robbed of their futures, and an urgency of recovering more bodies.

Fortunately, his life can once again be relegated to boogeyman status for those who are capable of doing so, since he’ll never be threat to the community again.

After learning about child serial killer Andre Rand who later became known as Cropsey, read these serial killer quotes that will chill you to the bone. Then read the story of Etan Patz, the first missing child to appear on a milk carton.