21 Serial Killer Quotes That Will Chill You To The Bone

These serial killer quotes from monsters like Ted Bundy and Charles Manson will haunt your nightmares and reveal the darkest depths of human evil. 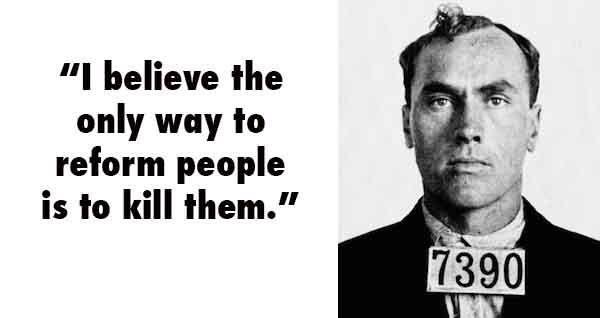 Carl Panzram claimed to have committed 21 murders and over a thousand rapes. He was executed in 1930. 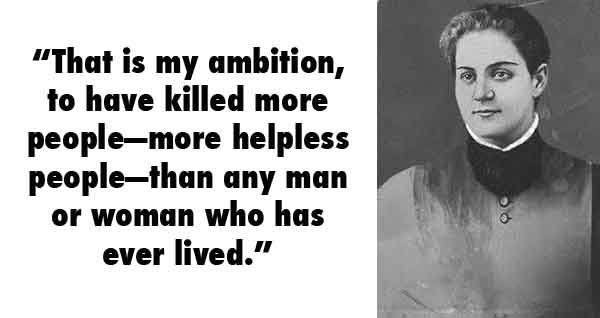 Jane Toppan confessed to 31 murders in 1901. She was found not guilty by reason of insanity.Wikimedia Commons 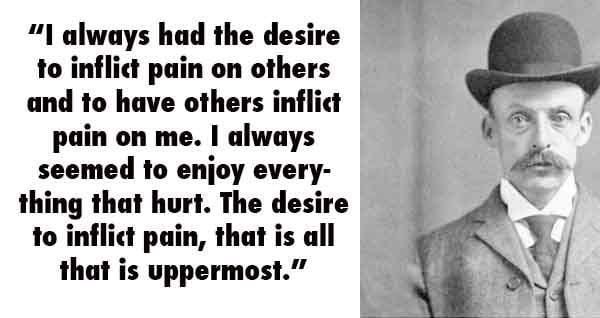 Albert Fish, AKA The Brooklyn Vampire, AKA The Werewolf of Wysteria, claimed to have raped and eaten about 100 children. He was executed in the electric chair in 1936. 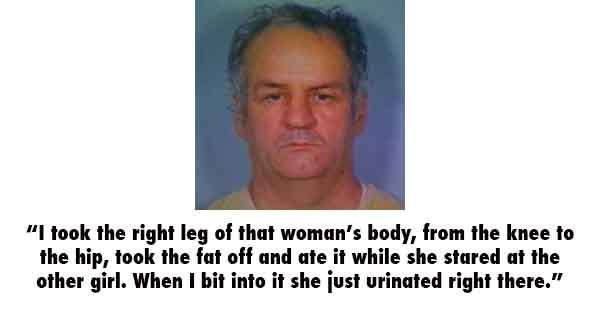 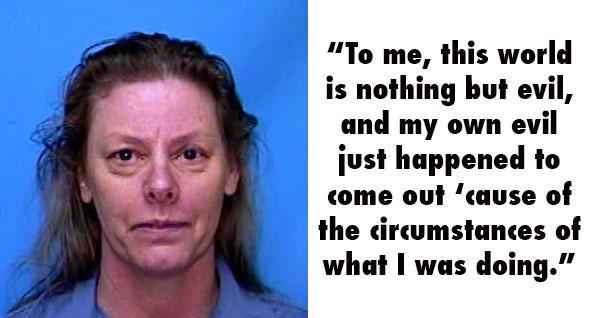 Aileen Wuornos killed seven men and was executed by lethal injection in 2002. 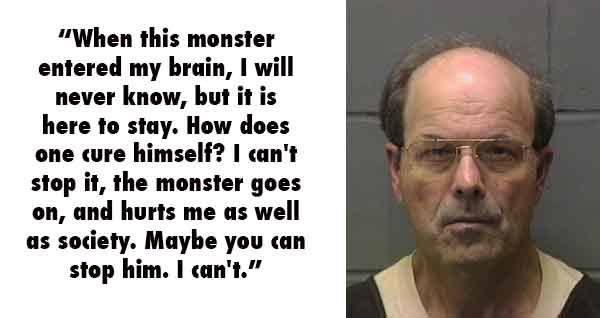 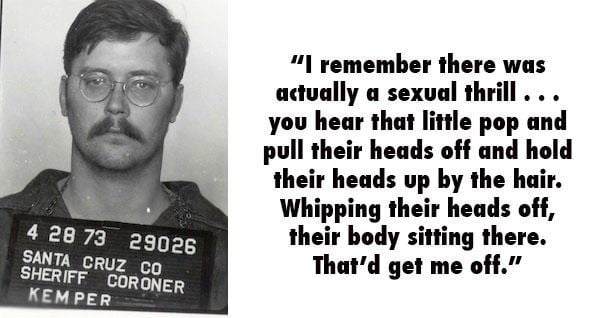 Edmund Kemper, better known as The Co-Ed Butcher or simply "Big Ed," was responsible for the deaths of ten people, including his own mother and grandparents. 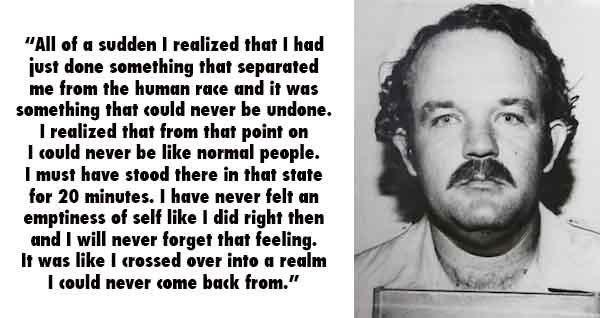 David Alan Gore committed six murders and was executed in 2012 after nearly 30 years on death row. 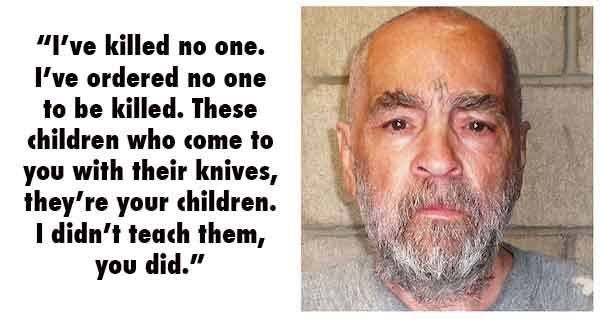 Charles Manson claims never to have committed any murders himself, but was convicted through the joint-responsibility rule after his followers, the Manson Family, killed several people. 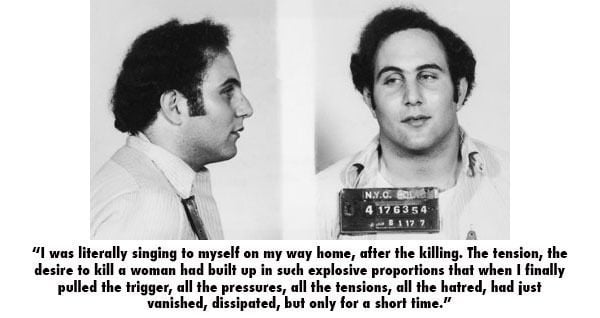 David Berkowitz, the notorious Son Of Sam killer, shot 13 people during the summer of 1976, killing six. 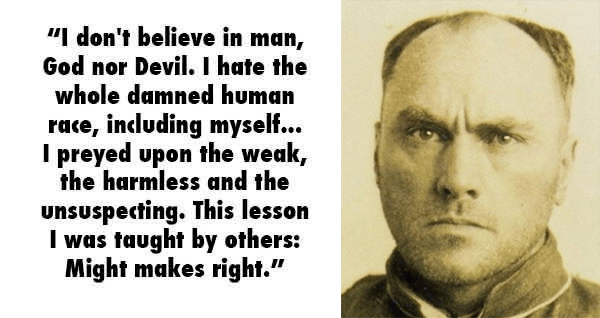 Just before Carl Panzram was put to death in 1930, he reportedly spat in the executioner's face and said, "Hurry it up, you Hoosier bastard! I could kill a dozen men while you're screwing around!" 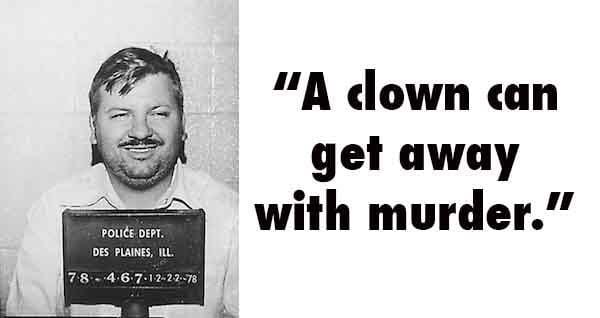 John Wayne Gacy, the Killer Clown (so named for his job of dressing as a clown at children's parties), murdered at least 33 people. He was executed in 1994. 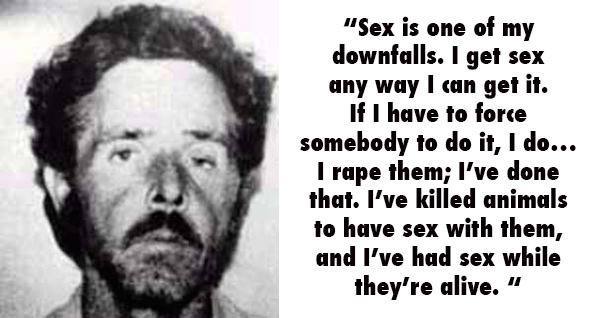 Henry Lee Lucas was convicted of murdering 11 people and is serving a life sentence in prison. 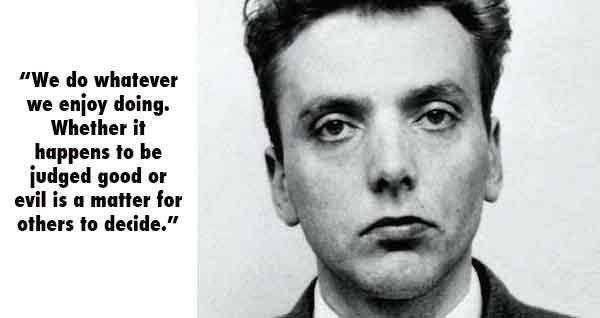 Ian Brady, along with partner Myra Hindley, was responsible for the so-called Moors Murders that took place between 1963 and 1965 in England. They killed five children and were sentenced to life in prison. 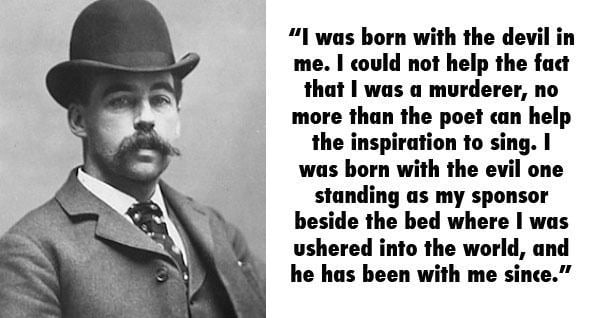 H. H. Holmes, one of the first documented serial killers, confessed to 27 murders, although it's thought the figure could be as high as 200. He was hanged in 1896—as his neck did not break, it took him over 15 minutes to die. 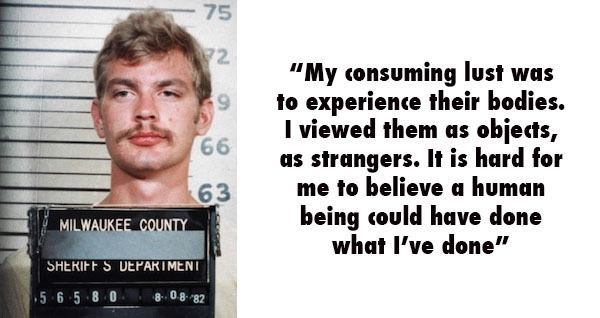 Jeffrey Dahmer, AKA the Milwaukee Cannibal, was killed by a fellow prison inmate in 1994 following his conviction for the murder of 15 people. His crimes involved rape, necrophilia and cannibalism. 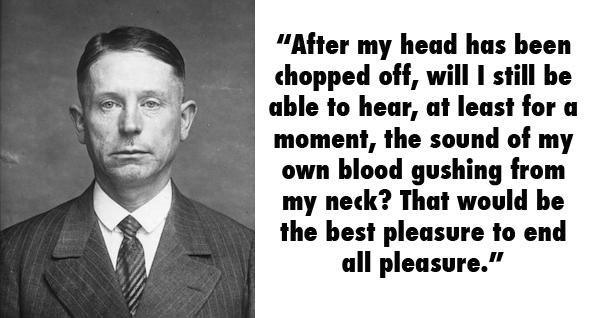 Peter Kurten, known as the Vampire of Düsseldorf, killed seven people and attacked many others. He admitted to drinking the blood of at least one victim and was executed by guillotine in 1931. 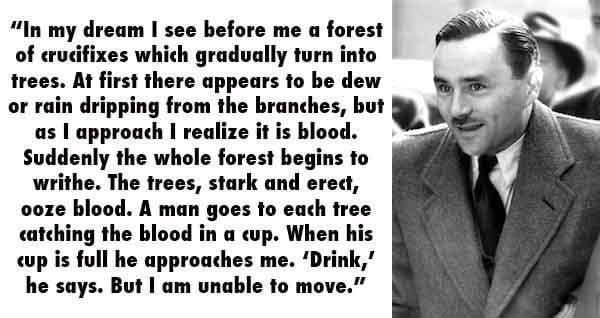 John Haigh, better known as the Acid Bath Murderer, killed at least six people in Britain. He was executed in 1949. 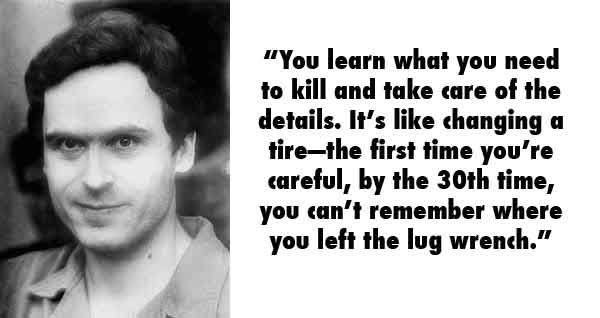 Ted Bundy confessed to 30 homicides before his execution in the electric chair in 1989. 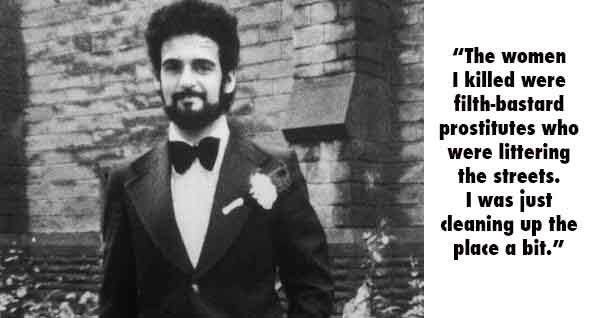 Peter Sutcliffe, AKA the Yorkshire Ripper, was convicted of the murder of 13 women, and the attempted murder of a further seven. He was arrested in 1981 and is still in prison. 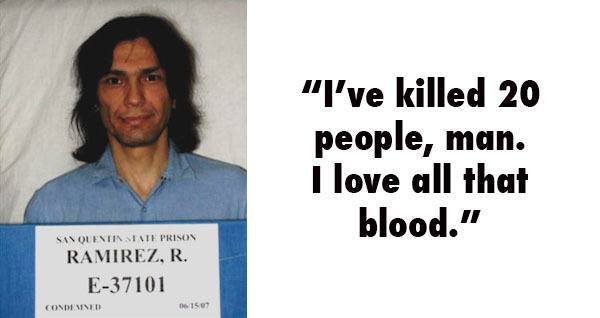 Richard Ramirez, dubbed the Night Stalker, committed 13 murders. He died from complications related to his B-cell lymphoma after 23 years on death row.

For those interested in the dark side of human nature, mass murderers hold an understandable fascination. Seemingly ordinary people who turned out to be capable of acts too monstrous to comprehend, many serial killers have shown not one shred of remorse for anyone but themselves once finally apprehended.

"For all these things I am not in the least bit sorry," said serial killer Carl Panzram in reference to the 20-plus people he claimed to have murdered and the 1,000 he claimed to have sodomized. Later, when asked for his last words just before his execution, he said, "Yes, hurry it up, you Hoosier bastard! I could kill a dozen men while you're screwing around!"

And when it comes to chilling serial killer quotes, that's just Carl Panzram. From John Wayne Gacy to Ted Bundy to Richard Ramirez, modern history's most terrifying serial killers have uttered plenty of words that will creep under your skin just as much as any descriptions of their vicious crimes.

As Ted Bundy once said, "You learn what you need to kill and take care of the details. It's like changing a tire. The first time you're careful. By the thirtieth time, you can't remember where you left the lug wrench."

And then there are these haunting words from BTK killer Dennis Rader:

"When this monster enter my brain, I will never know. But, it here to stay ... Society can be thankfull that there are ways for people like me to relieve myself at time by day dreams of some victim being torture and being mine. It a big compicated game my friend of the monster play putting victims number down, follow them, checking up on them waiting in the dark, waiting, waiting ... Maybe you can stop him. I can't. He has areadly chosen his next victim."

For more words that demonstrate a total lack of human compassion that may well give you nightmares, have a look at the serial killer quotes above.

After reading these chilling serial killer quotes, read up on some famous serial killers who will haunt your nightmares. Then, check out some of history's most interesting quotes.