These 20 serial killers let us know why they killed — but we'll never know just how to unread what they said. 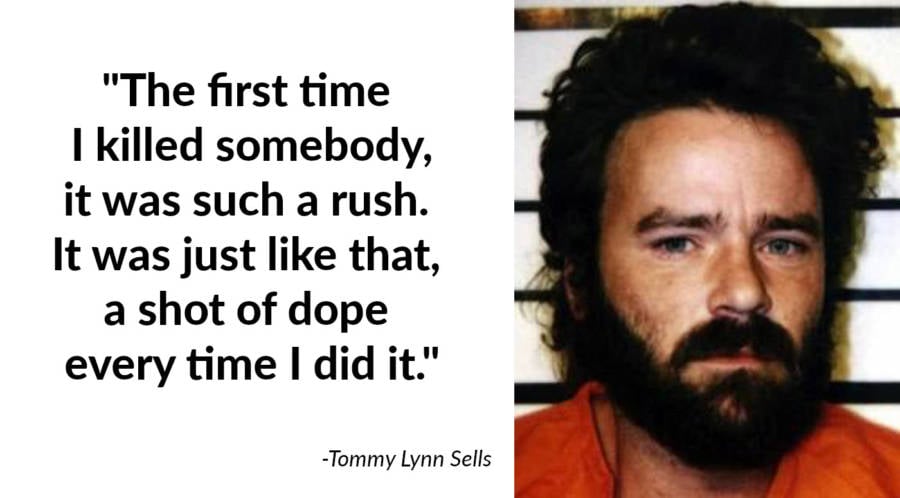 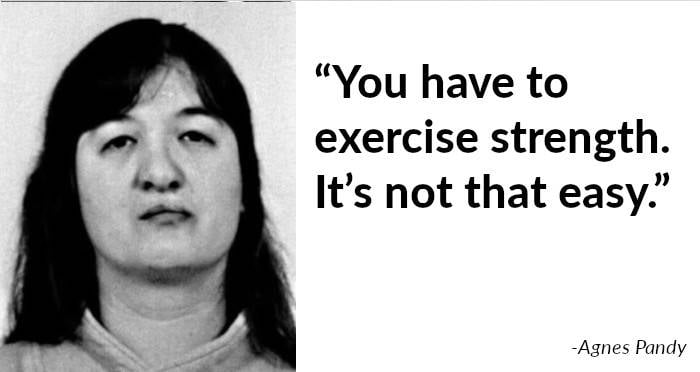 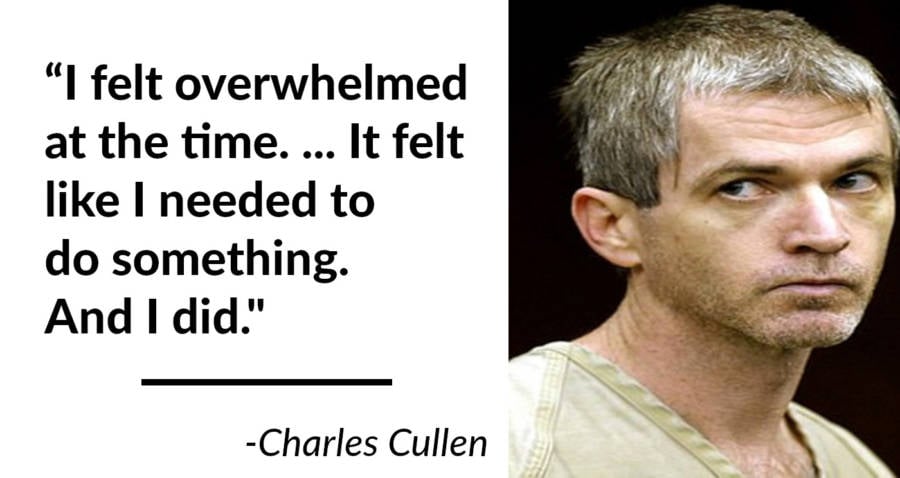 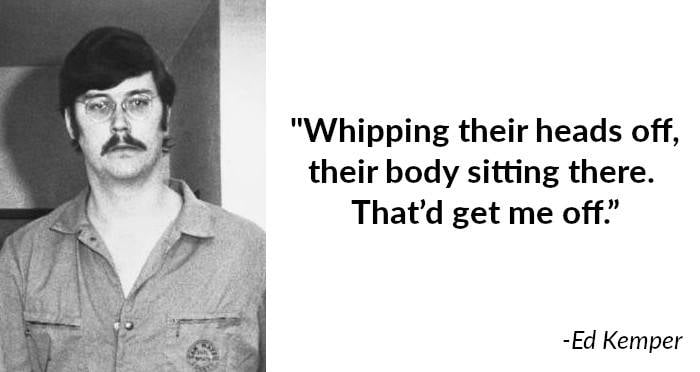 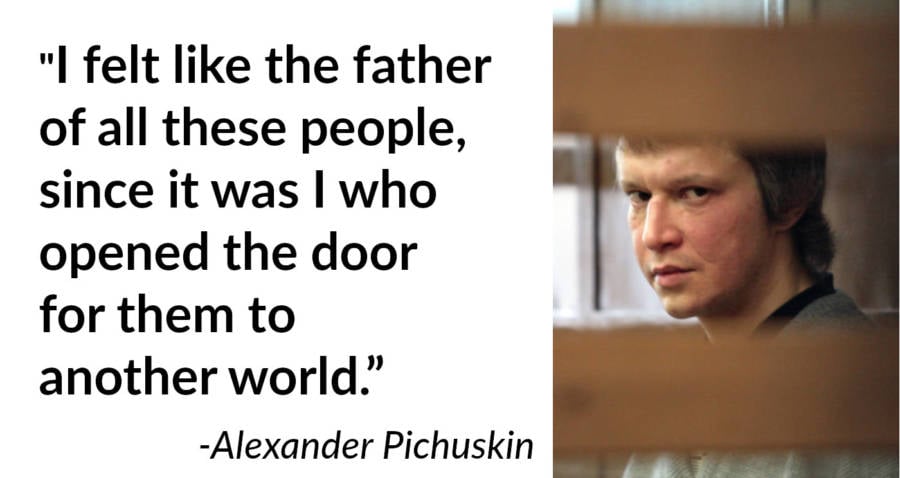 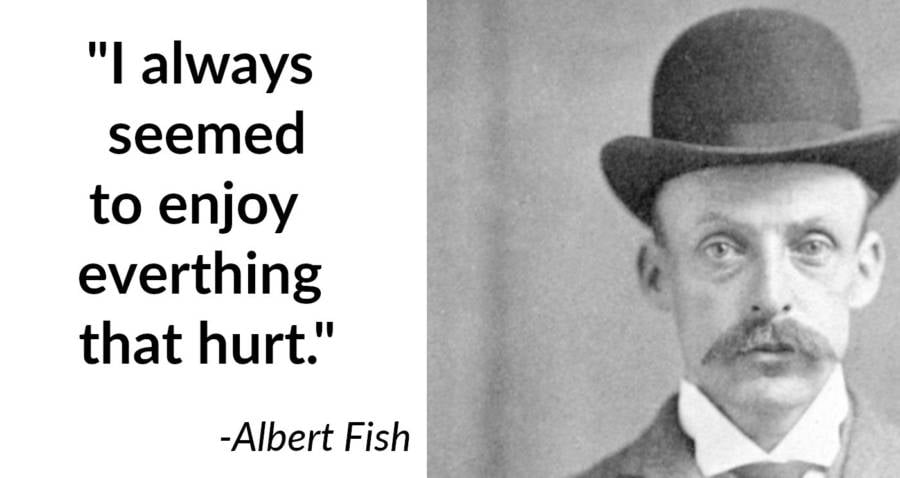 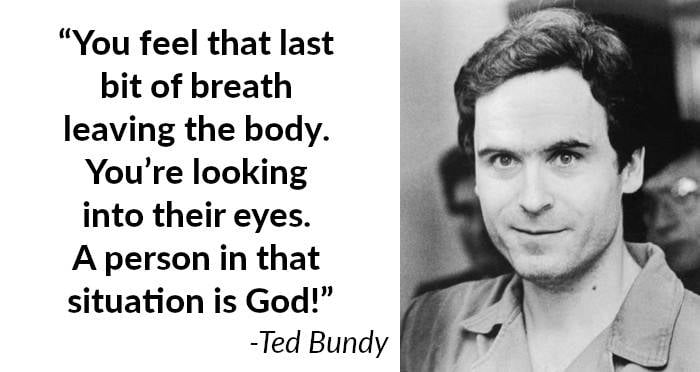 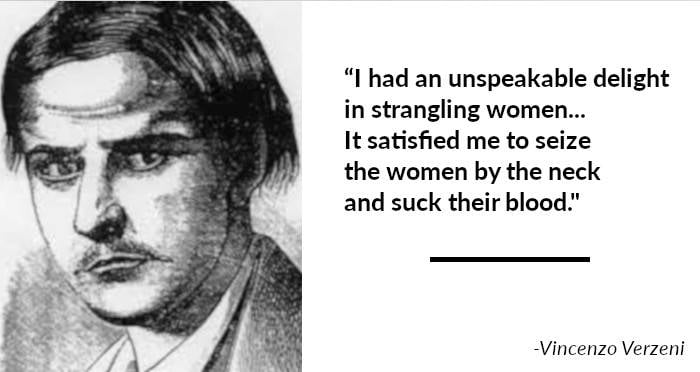 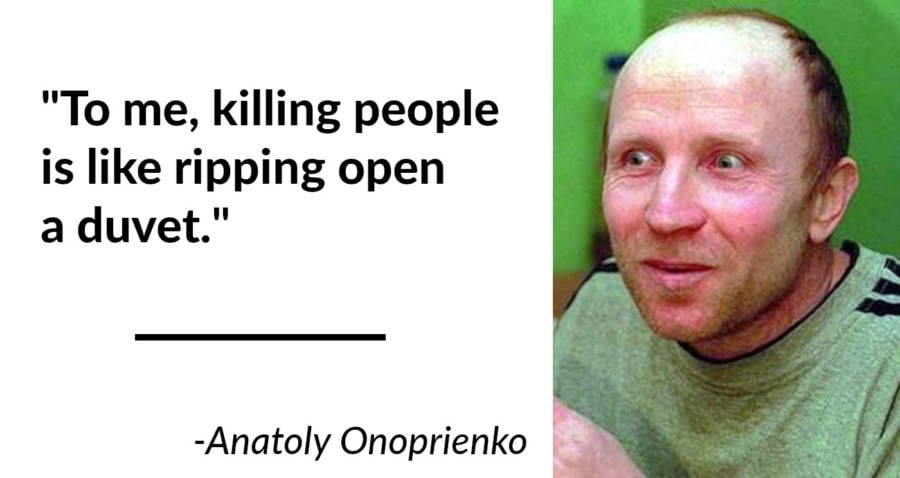 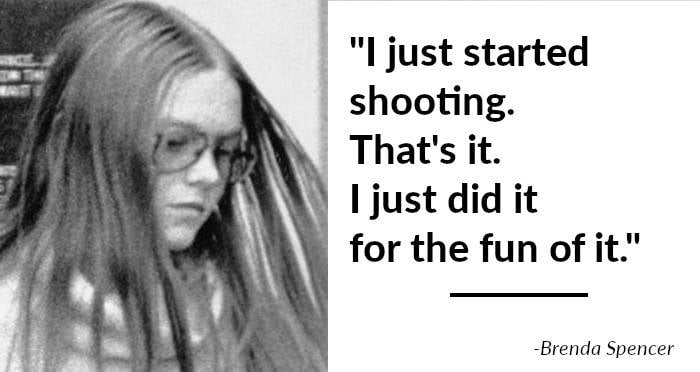 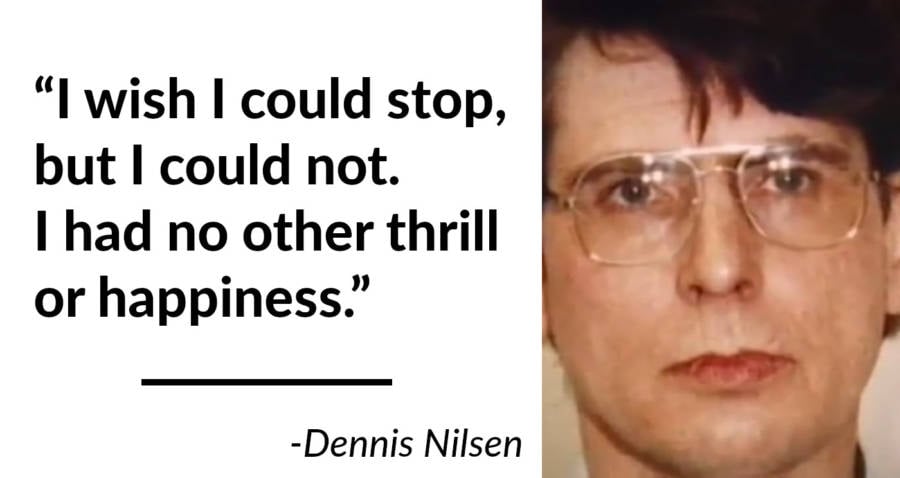 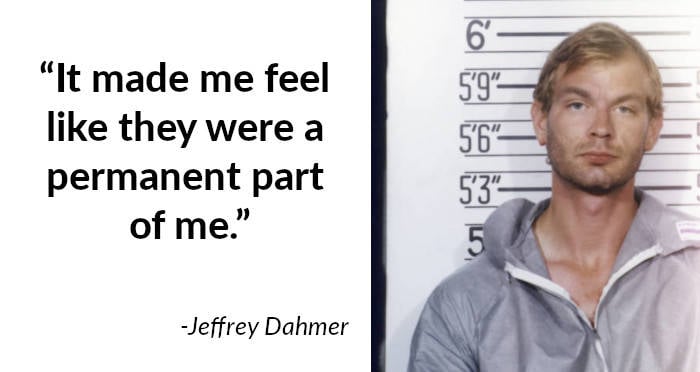 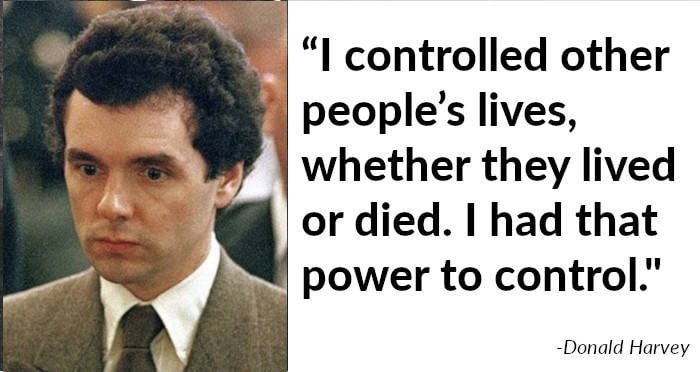 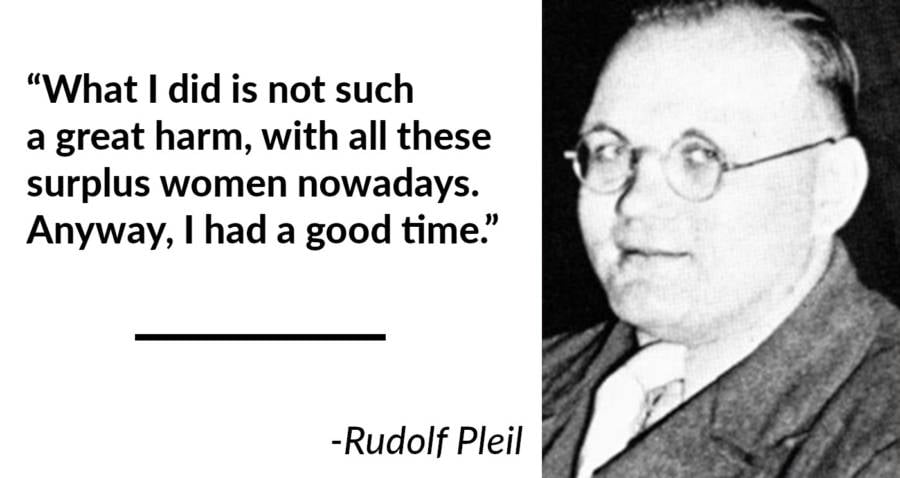 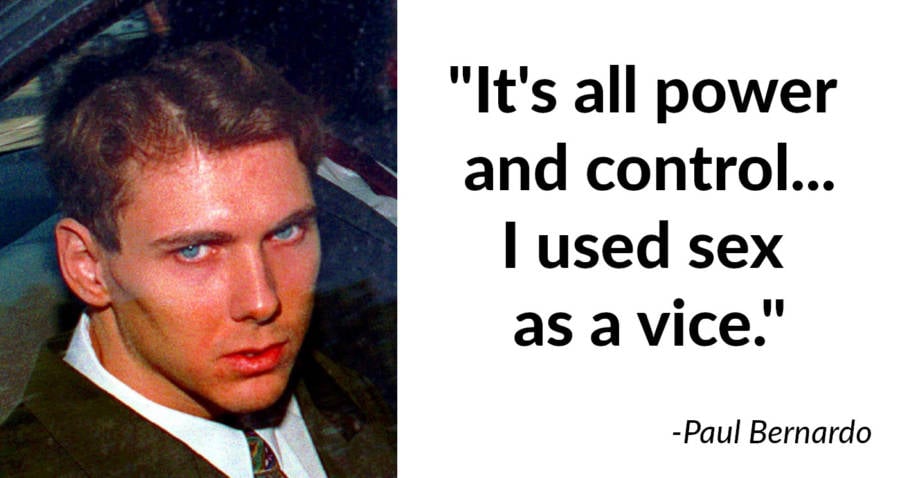 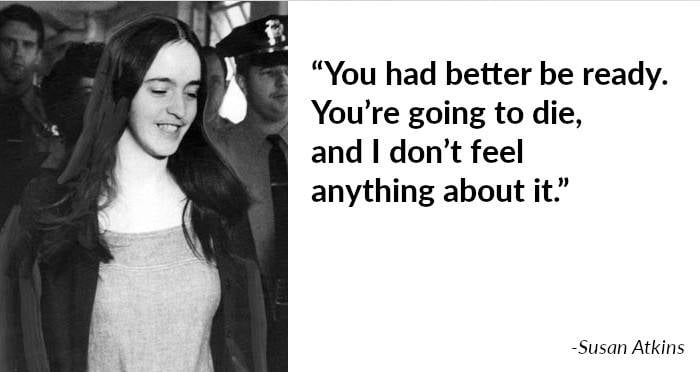 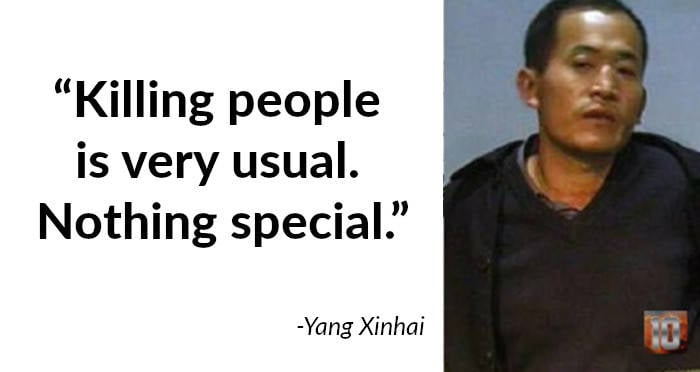 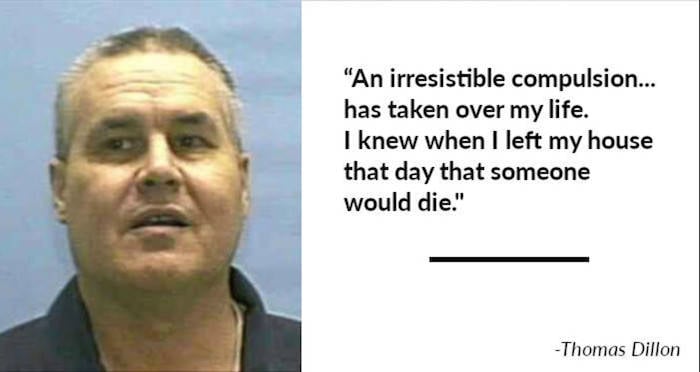 "I like to watch the eyes fade, the pupil fade. It's just like setting their soul free. I don't have an on-and-off switch. I'm just after that drug. I'm after that feeling."

- Tommy Lynn SellsWikimedia Commons
2 of 19
“It was my task to take out the organs while Pandy was cutting the remains. I just used a kitchen knife. You have to exercise strength. It’s not that easy.”

- Agnes PandyFarid elmajdoub/YouTube
3 of 19
"There is no justification...the only thing I can say is that I felt overwhelmed at the time. ...It felt like I needed to do something. And I did."

- Charles CullenCreepyNews/YouTube
4 of 19
"I remember there was actually a sexual thrill. You hear that little pop and pull their heads off and hold their heads up by the hair. Whipping their heads off, their body sitting there. That’d get me off."

- Ed KemperBettmann/Getty Images
5 of 19
“For me a life without murder is like a life without food for you. I felt like the father of all these people, since it was I who opened the door for them to another world.”

-Albert FishWikimedia Commons
7 of 19
"You feel that last bit of breath leaving the body. You’re looking into their eyes. A person in that situation is God!"

- Vincenzo VerzeniLaurel Oliver/YouTube
9 of 19
“To me, killing people is like ripping open a duvet. … I’m not a maniac. I have been taken over by a higher force, something telegraphic or cosmic which drove me. For example, I wanted to kill my brother’s first wife, because I hated her. I really wanted to kill her, but I couldn’t, because I had to receive the order first. I waited for it, but it did not come.”

- Anatoly OnoprienkoYouTube
10 of 19
“I just started shooting. That’s it. I just did it for the fun of it.”

- Brenda SpencerBettmann/Getty images
11 of 19
“I wish I could stop, but I could not. I had no other thrill or happiness.”

- Jeffrey DahmerWikimedia Commons
13 of 19
“I controlled other people’s lives, whether they lived or died. I had that power to control. After I didn’t get caught for the first fifteen, I thought it was my right. Appointed myself judge, prosecutor, and jury. So I played God.”

- Donald HarveyYouTube
14 of 19
“What I did is not such a great harm, with all these surplus women nowadays. Anyway, I had a good time.”

- Rudolf PleilKeelaTequila/YouTube
15 of 19
"It's all power and control, because you're so insecure in yourself. I was the type of guy who would freeze at baseball plays. I don't want to swing because I know I'm gonna miss. … That’s what I had back then, so I used sex as a vice.”

- Yang XinhaiYouTube
18 of 19
“Paxton was killed because of an irresistible compulsion that has taken over my life. I knew when I left my house that day that someone would die. ... This compulsion started with just thoughts about murder and progressed from thoughts to action.” It's difficult to imagine what goes through a serial killer's mind, but every one of us has tried. We've all looked at the monsters and wondered what it feels like to be depraved, or what it feels like to kill. These quotes about murder, from the most gruesome serial killers, reveal just exactly why they did it and how it felt to kill. The challenge, after you read their words, is how to forget what you've read.

Most of us feel the pain we inflict on others. But for many serial killers, that empathy doesn't exist. According to Dr. Helen Morrison, an expert on the minds of killers, "They have no appreciation for the absolute agony and terror and fear that the victim is demonstrating. They just see the object in front of them."

"It's all power and control," says Paul Bernardo, the serial killer who terrorized Scarborough, Canada, in the early 1990s.

Paul Bernardo in his 2007 interview with police, attempting to manipulate investigators.

Ted Bundy, one of America's most notorious serial killers, seemed to agree, as he once boasted about the feeling of omnipotence killing gave him: "You feel that last bit of breath leaving the body. You're looking into their eyes. A person in that situation is God!"

Killers like this will also often receive a sexual thrill from the act of murder. Some take home mementos so that they can preserve that rush for as long as possible, like Danny Rolling, the Gainesville Ripper who sliced off a victims' nipples to keep as trophies.

Serial killer Edmund Kemper described his titillation with this quote about murder, telling investigators, "I remember there was actually a sexual thrill. You hear that little pop and pull their heads off and hold their heads up by the hair. Whipping their heads off, their body sitting there. That'd get me off."

Ed Kemper's quotes about murder immortalized in this disturbing discussion.

We hope that the mind of a serial killer truly is different than our own, especially after reading these horrific quotes about murder. But that hope is exactly the terrifying thought that keeps us so fascinated with them: the notion that we might not be so far apart.

Richard Ramirez certainly believed so. "We've all got the power in our hands to kill," he insisted, "but most people are afraid to use it."

It's terrifying to consider, which these quotes about murder show, that the only thing separating us from the Night Stalkers and the Sons of Sam of our world is a little push.

After this harrowing look at quotes about murder, read these 21 chilling serial killer quotes or the last words of convicted killers. Then, learn about the most famous murders in history.