Before The Columbine Massacre Or Parkland Shooting, There Was Brenda Ann Spencer

In 1979, 16-year-old Brenda Spencer shot up an elementary school in San Diego — then said she did it because she didn't like Mondays.

On Monday, January 29, 1979, a journalist from The San Diego Union-Tribune got the quote of a lifetime from 16-year-old Brenda Ann Spencer. “I don’t like Mondays,” she said. “This livens up the day.”

By “this,” she was referring to the fact that she had just fired 30 rounds of ammunition into a San Diego elementary school, using a semiautomatic rifle. After killing the school’s principal and custodian and wounding eight children and a first responder, Spencer barricaded herself in her home for more than six hours until she finally surrendered herself to the authorities.

This is the true story of Brenda Spencer and her deadly attack.

The Early Years Of Brenda Spencer

Brenda Ann Spencer was born in San Diego, California, on April 3, 1962. She grew up relatively poor and spent most of her early life with her father, Wallace Spencer, with whom she had a turbulent relationship.

According to The Daily Beast, she would later claim that her father was abusive toward her and that her mother “just wasn’t there.” 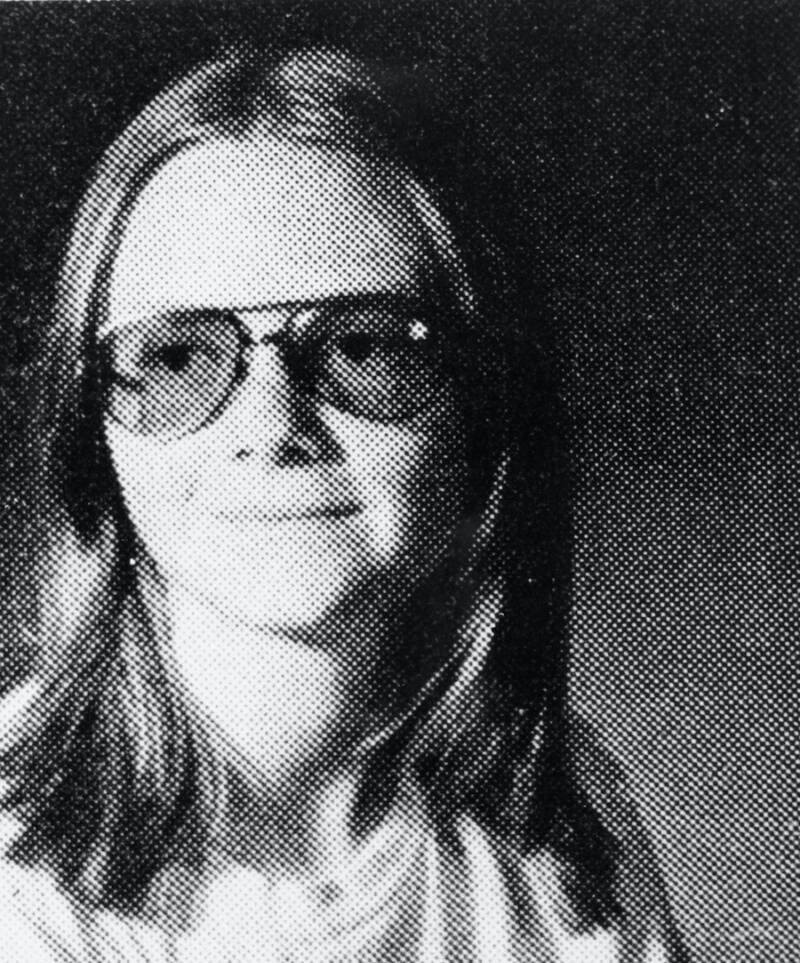 Bettmann/Contributor/Getty ImagesBrenda Spencer had a reputation for being a “problem child” who struggled with numerous health issues.

Wallace Spencer was an enthusiastic gun collector, and his daughter appeared to share his interest in this hobby early on. According to acquaintances who knew Brenda Spencer, she also dabbled in drug use and petty theft as a teenager. She was frequently absent from school.

But whenever she did attend class, she raised eyebrows. A week before she carried out the shooting that would make her infamous, she allegedly told her classmates that she was going to do “something big to get on TV.”

Inside The Grover Cleveland Elementary School Shooting In San Diego

On the morning of January 29, 1979, children began to line up outside Grover Cleveland Elementary School in San Diego, California. According to History, they were waiting for their principal to open up the school’s gates.

Across the street, Brenda Ann Spencer was watching them from her house, which was filled with empty whiskey bottles and a single mattress that she shared with her father. She had skipped class that day and later claimed that she had washed her epilepsy medicine down with alcohol.

As the children lined up outside of the gates, Spencer took out the .22 semiautomatic rifle that she’d received as a Christmas gift from her father. Then, she aimed it out the window and began firing at the kids.

The principal of the school, Burton Wragg, was killed during the attack. A custodian, Michael Suchar, was also killed as he attempted to pull a student to safety. Miraculously, none of the children were killed, though eight of them were injured. A responding police officer was also wounded. 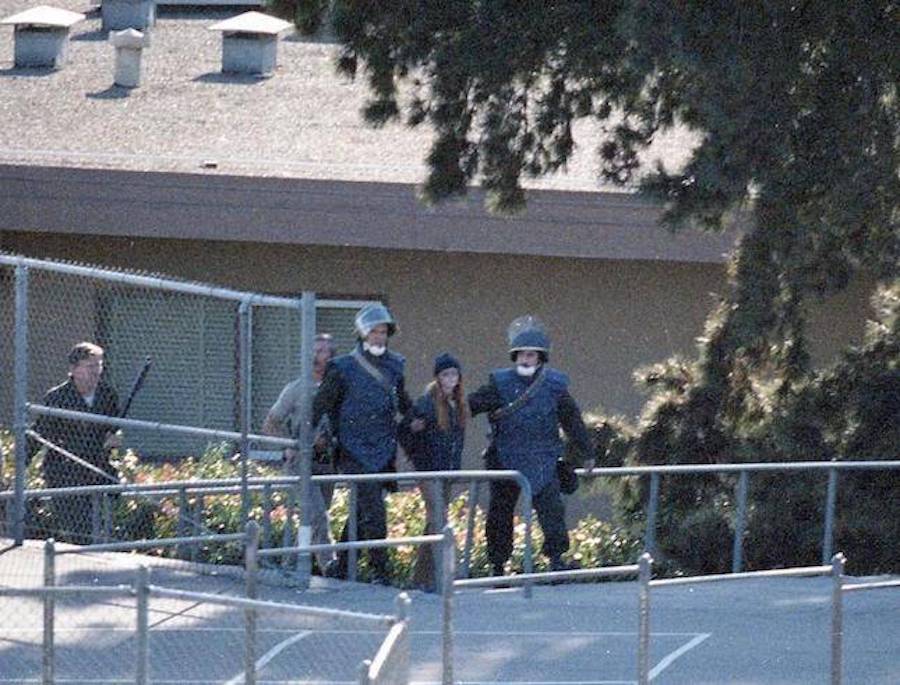 For 20 minutes, Spencer continued to fire about 30 rounds into the crowd. Then, she put the rifle down, barricaded herself inside her home, and waited.

Soon after the police arrived on the scene, they realized that the shots had come from Spencer’s home. Though the cops sent negotiators to speak with her, she refused to cooperate with them. According to the San Diego Police Museum, she warned authorities that she was still armed and threatened to “come out shooting” if she was forced to leave her house.

In all, the standoff lasted over six hours. During this time, Spencer gave her infamous interview with The San Diego Union-Tribune over the phone.

Eventually, Spencer surrendered peacefully. One negotiator remembers promising her a Burger King Whopper before she finally came outside.

The Imprisonment Of Brenda Ann Spencer

In the aftermath of the attack, it was revealed that Brenda Spencer had shot at the school one year earlier with a BB gun. Though she damaged the windows, she didn’t hurt anyone that time around. She had been arrested for that crime, as well as burglary, but ultimately received probation.

Just a few months after the BB gun incident, Spencer’s probation officer had suggested that she spend some time in a mental hospital for depression. But Wallace Spencer reportedly refused to admit her, claiming that he could handle his daughter’s mental health issues on his own.

Instead, he purchased the weapon that his daughter would later use to target the school. “I asked for a radio, and he bought me a gun,” Brenda Ann Spencer later said. “I felt like he wanted me to kill myself.” 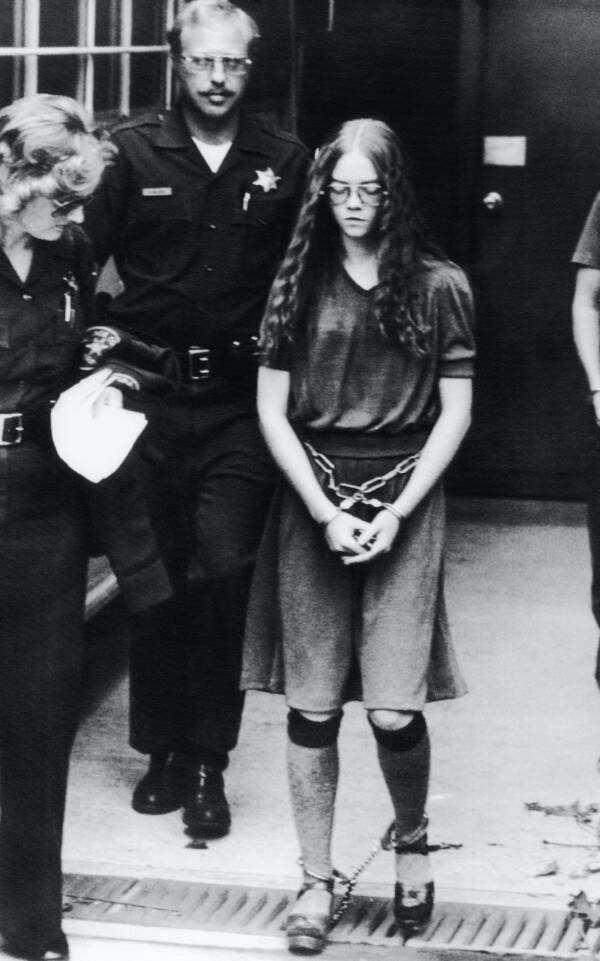 Bettmann/Contributor/Getty ImagesStanding 5’2″ tall and weighing 89 pounds, Brenda Spencer was once described as “too small to be scary.”

The teen’s attorneys considered pursuing an insanity plea, but it never came to fruition. And although Brenda Spencer had only been 16 at the time of the shooting, she was charged as an adult due to the severity of her crimes.

As reported by The San Diego Union-Tribune, she pleaded guilty to two counts of murder in 1980. And although nine counts of attempted murder were ultimately dismissed from the case, Spencer was sentenced to concurrent terms of 25 years to life in prison for her crimes.

Her attorneys continued to argue that the treatment she received from her father — which allegedly included sexual abuse — was the real reason for her act of senseless violence. (Disturbingly, Wallace Spencer later married one of his daughter’s 17-year-old cellmates who bore a striking resemblance to her.) But this argument has never swayed the parole board.

To this day, 60-year-old Brenda Ann Spencer remains locked up in prison at the California Institution for Women in Corona.

Though the name Brenda Ann Spencer may not ring any bells today, her story and the phrase that she became known for have lived on in infamy.

Stunned by the tragic shooting, Bob Geldof, the lead singer of the Irish rock group The Boomtown Rats, wrote a song titled “I Don’t Like Mondays.” Released just months after the attack, the tune topped the U.K. charts for four weeks, and it also received extensive airtime in the U.S.

And according to The Advertiser, the song did not go unnoticed by Spencer. “She wrote to me saying she was glad she’d done it because I’d made her famous,” Geldof said. “Which is not a good thing to live with.” 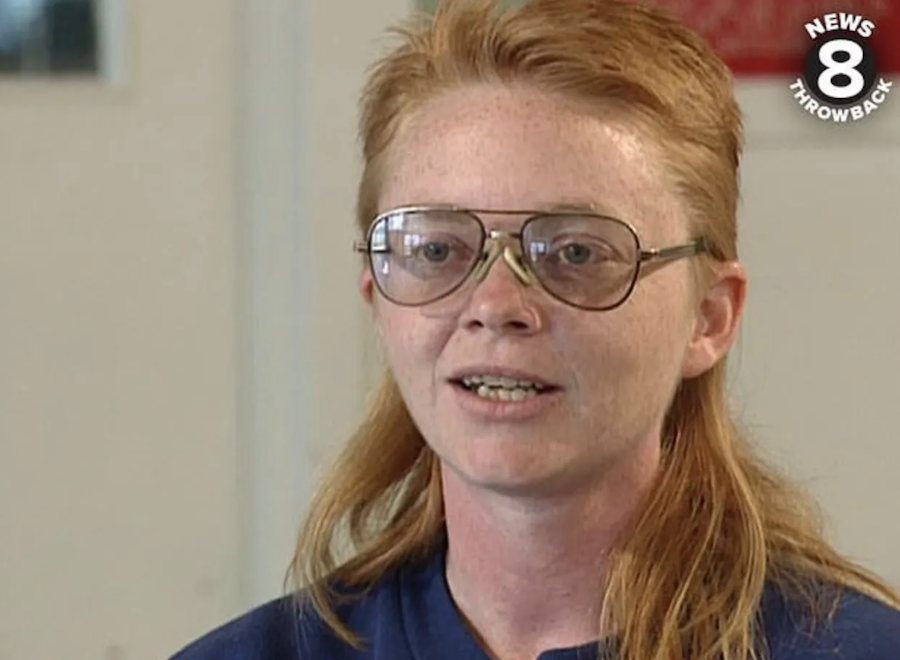 Spencer’s deadly plot was far from the earliest attack on an American school, but it was one of the first modern school shootings that led to multiple deaths and injuries. And some believe that she helped inspire future school shootings in later years, such as the Columbine High School massacre, the Virginia Tech shooting, and the Parkland mass murder.

“She hurt so many people and had so much to do with starting a deadly trend in America,” said Richard Sachs, a San Diego County deputy district attorney, in an interview with The San Diego Union-Tribune.

And despite her efforts to downplay her own crime, Spencer herself has admitted that her actions may have indeed led to other similar attacks. In fact, in 2001, she told the parole board, “With every school shooting, I feel I’m partially responsible. What if they got the idea from what I did?”

After learning about Brenda Ann Spencer, discover the true stories behind Eric Harris and Dylan Klebold, the infamous Columbine shooters. Then, read about the Dunblane Massacre, the deadliest school shooting in the U.K.