Known as "The Muswell Hill Murderer," Scottish serial killer and necrophile Dennis Nilsen murdered more than a dozen victims while living in London starting in 1978.

On February 8, 1983, a plumber named Michael Cattran was called to 23 Cranley Gardens, an apartment building in North London. Residents had been complaining of blocked drains for some time, and Cattran was there to fix the issue. He never expected to find human remains.

After Cattran opened a drain cover at the side of the building, he began to pull out the blockage. But instead of seeing the typical mess of hair or napkins, he discovered a flesh-like substance and small broken bones. 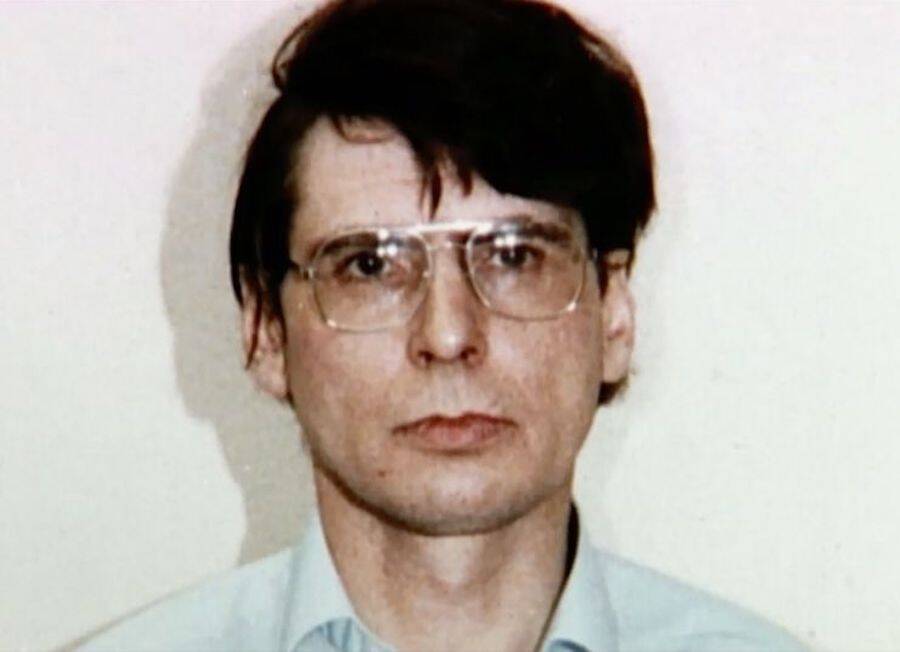 Public DomainDennis Nilsen was dubbed the Muswell Hill Murderer for his crimes in the North London district.

Dennis Nilsen, one of the building’s residents, remarked, “It looks to me like someone has been flushing down their Kentucky Fried Chicken.” But Cattran thought it looked disturbingly human. As it turned out, he was correct. And the culprit behind this horrific mess was none other than Nilsen.

From 1978 to 1983, Dennis Nilsen killed at least 12 young men and boys — and did unspeakable things to their corpses. To make an already horrific case even worse, the Scottish serial killer left behind a series of chilling audiotapes that described his murders in sickening detail.

This is the gruesome story of Dennis Nilsen.

The Early Life Of Dennis Nilsen 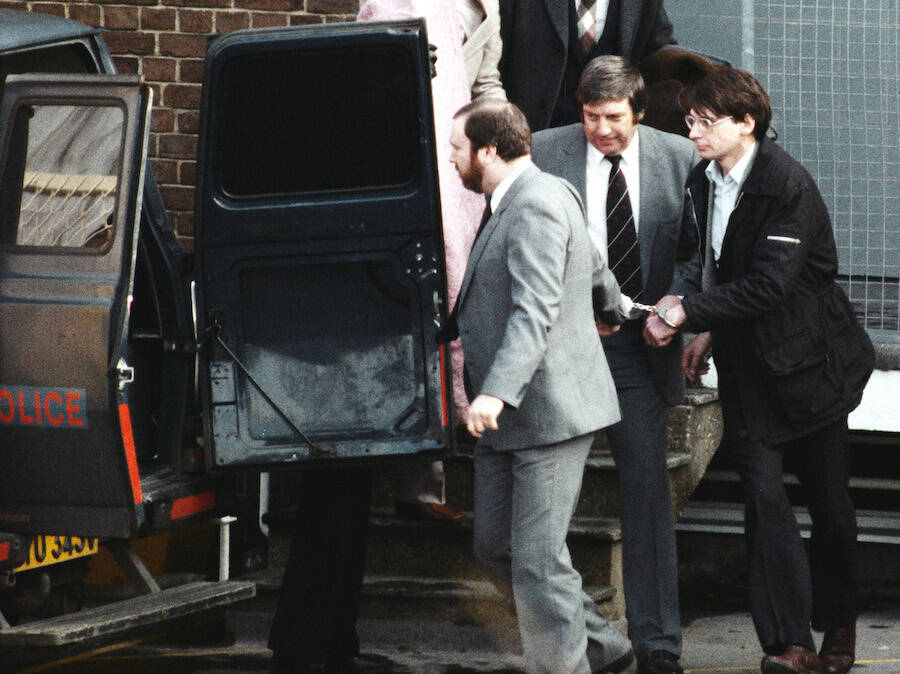 Bryn Colton/Getty ImagesDennis Nilsen being escorted by police to a court appearance in London after his arrest in 1983.

Born on November 23, 1945, in Fraserburgh, Scotland, Dennis Nilsen had a somewhat difficult childhood. His parents had a troubled marriage, and he was devastated by his beloved grandfather’s death. Nilsen also realized early on that he was gay — and he was very uncomfortable with his sexuality.

At age 16, he decided to join the army, where he worked as a cook and — chillingly — a butcher. After he left in 1972, he pursued a job as a police officer. While he wasn’t a cop for long, he was at his posting long enough to develop a macabre fascination with dead bodies and autopsies.

Nilsen then went on to become a recruitment interviewer, and he also moved in with another man — an arrangement that went on for two years. While the man later denied that the two shared a sexual relationship, it was clear that his departure in 1977 was devastating to Nilsen.

He began to actively seek out sexual encounters, but he felt lonely each time a new partner left. So Nilsen decided that he would force the men to stay — by killing them. But despite his murderous urges, he claimed that he felt conflicted about his actions once the deed was actually done.

Dennis Nilsen said, “The greater the beauty (in my estimation) of the man, the greater was the sense of loss and grief. Their dead naked bodies fascinated me but I would have done anything to have them back alive.”

The Heinous Crimes Of The “British Jeffrey Dahmer” 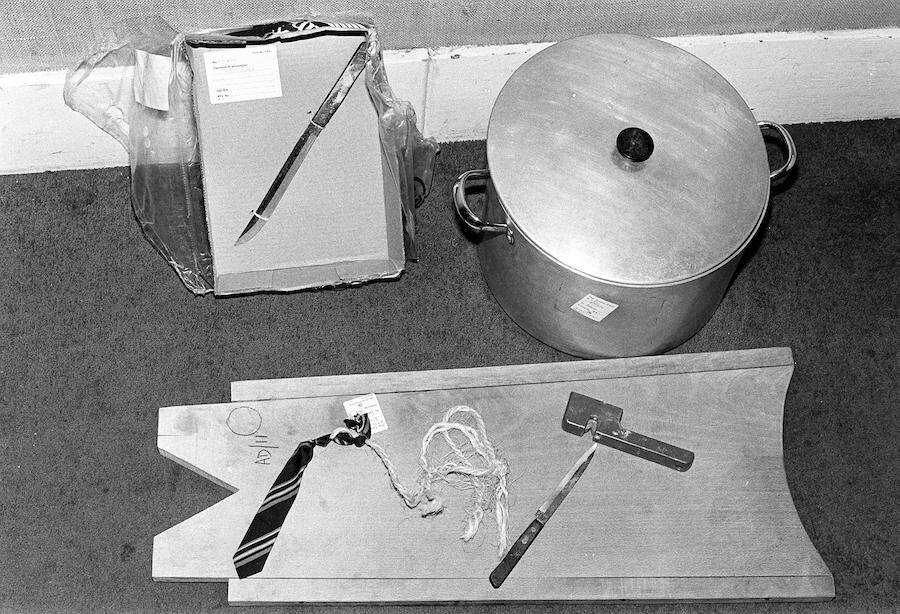 Dennis Nilsen’s first victim was a 14-year-old boy whom he had met at a pub on the day before New Year’s Eve of 1978. The boy accompanied Nilsen back to his apartment after he promised to supply him with alcohol for the night. Eventually, the youth fell asleep after drinking with him.

Fearing that the young boy would leave him if he awoke, Nilsen strangled him with a necktie and then drowned him in a bucket filled with water. He then washed the boy’s body and took it to bed with him, where he attempted a sex act and then simply fell asleep next to the corpse.

Eventually, Nilsen hid the boy’s body underneath the floorboards of his apartment. He would stay there for several months until Nilsen finally buried him in the backyard. Meanwhile, Nilsen continued to seek out new victims.

Some of the boys and young men were homeless or sex workers, while others were tourists who were visiting the wrong bar at the wrong time. But no matter who they were, Nilsen wanted to keep them all to himself forever — and blamed this sickening urge on his loneliness.

Before moving to 23 Cranley Gardens, Nilsen lived in an apartment building with a garden. Initially, he had been hiding corpses under his floorboards. However, the smell eventually became too much to bear. So, he started burying, burning, and disposing of his victims in the garden.

Believing that it was just the internal organs that were causing the smell, Nilsen took the bodies out of their hiding places, dissected them on the floor, and often saved their skin and bones for later use.

Not only did he keep many of the corpses, but he often dressed them up, took them to bed, watched TV with them, and performed depraved sex acts with them. Even worse, he later defended this disturbing behavior: “A corpse is a thing. It can’t feel, it can’t suffer. If you’re more upset by what I did to a corpse than what I did to a living person, then your morals are upside down.”

To dispose of the body parts that he didn’t want to keep, Nilsen would routinely have small bonfires in his backyard, secretly adding human organs and innards to the flames along with tire parts to hide the inevitable smell. The body parts that weren’t burned were buried near the fire pit. But these methods of disposal wouldn’t work at his next apartment. 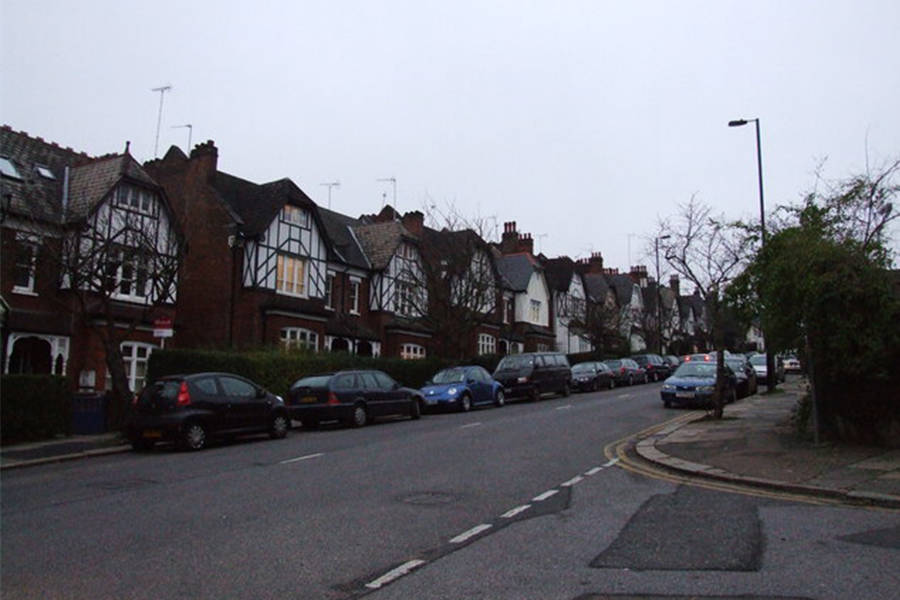 Wikimedia CommonsDennis Nilsen’s last apartment, 23 Cranley Gardens, where he flushed his victims down the toilet.

Unfortunately for Nilsen, in 1981, his landlord decided to renovate his apartment, and he had to move to a new location. As 23 Cranley Gardens didn’t have enough outdoor space for Nilsen to discreetly burn body parts, he had to get a little more creative with his disposal methods.

Assuming that the flesh would either deteriorate or sink far enough into the sewers that it wouldn’t be found, Nilsen began flushing human remains down his toilet. But the building’s plumbing was old and not quite up to the task of disposing of human beings. Eventually, it became so backed up that the other residents noticed it as well and called in the plumber.

Upon a thorough investigation of the apartment building’s pipes, the human remains were easily traced back to Nilsen’s apartment. Upon setting foot in the room, the police immediately noted the aroma of rotting flesh and decay. When they asked him where the rest of the body was, Nilsen calmly showed them to the garbage bag of body parts he kept in his wardrobe.

A further search revealed that there were body parts stashed all over Nilsen’s apartment, implicating him beyond a shadow of a doubt in several murder cases. Though he admitted to committing between 12 and 15 murders (he claimed he couldn’t remember the exact number), he was formally charged with six counts of murder and two attempted murders.

He was found guilty on all counts in 1983 and sentenced to life in prison, where he spent much of his time translating books into Braille. Nilsen expressed no remorse for his crimes and no desire to be free.

In the early 1990s, Dennis Nilsen gained further notoriety when he commented on the arrest of the American serial killer Jeffrey Dahmer — since he also preyed on young men and boys. But Dahmer soon became so infamous that Nilsen eventually gained the title of the “British Jeffrey Dahmer,” even though he had been arrested long before the actual Dahmer.

Aside from targeting males, Nilsen had many other things in common with Dahmer, including his methods of strangling victims, performing necrophilia on the corpses, and dissecting the bodies. And when Dahmer was arrested, Nilsen weighed in on his motives — and also accused him of lying about his cannibalism. (When asked whether he ever ate any of his victims, Nilsen insisted that he was “strictly a bacon and eggs man.”)

At some point, while Nilsen was in prison, he recorded a set of chilling audiotapes describing his murders in graphic detail. These audiotapes will be explored in a new Netflix documentary titled Memories of a Murderer: The Nilsen Tapes released on August 18, 2021.

In 2018, Dennis Nilsen died in prison at age 72 after suffering a ruptured abdominal aortic aneurysm. He spent his final moments laying in his own filth in his prison cell. And he was reportedly in “excruciating pain.”