The Gruesome Crimes Of Albert Fish, The Brooklyn Vampire

Albert Fish confessed to dozens of crimes after his arrest, each one of them more depraved than the last. 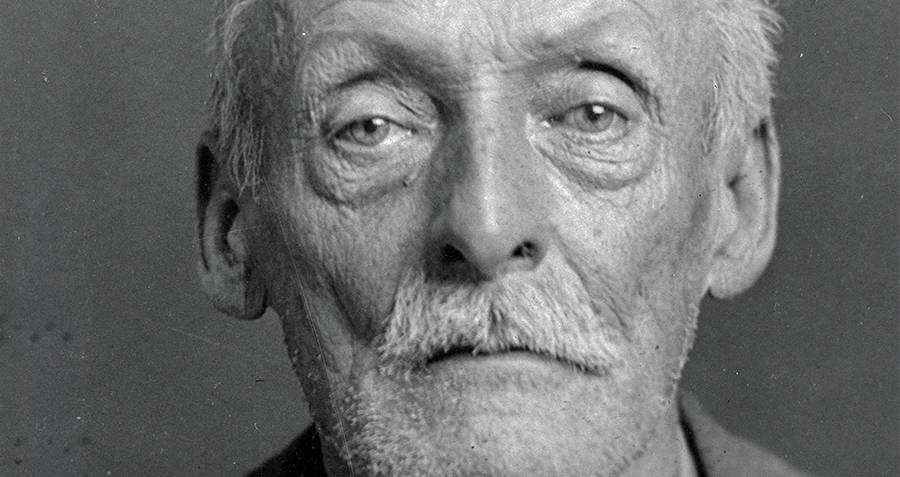 In November of 1934, Albert Fish sent a letter to a woman he had called on six years prior.

The bizarre, rambling letter that Mrs. Delia Flanagan Budd received on that cold November evening began with a tale of a Chinese deckhand with a taste for human flesh. It ended with a harrowing and detailed description of her daughter’s murder. 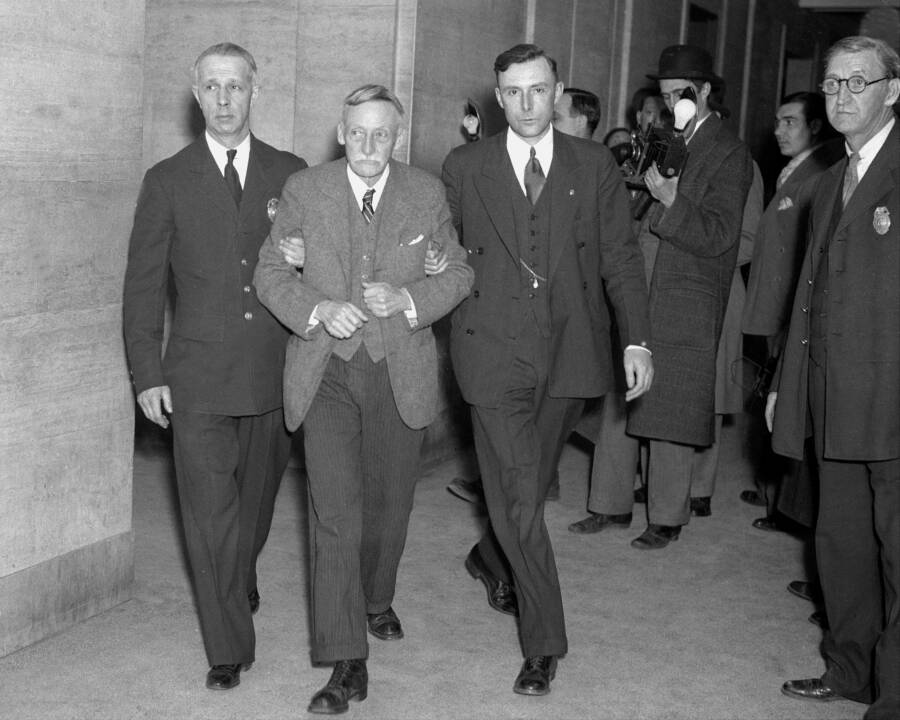 Hamilton Howard “Albert” Fish had many names: the Brooklyn Vampire, the Werewolf of Wysteria, the Gray Man.

Small, quiet, and unassuming, he had a face that blended in with the crowd and a private life that would have frightened even the most hardened criminals.

As a child, Fish was plagued by mental illness — as were a number of his family members. His brother was in an asylum, his uncle was diagnosed with mania, and his mother experienced regular hallucinations.

His father was 75 years old at the time of Fish’s birth and died not long into his childhood — leaving Fish to the mercies of an unstable family life and, when they could no longer look after him, a state orphanage.

It was there that he conceived a passion for pain. 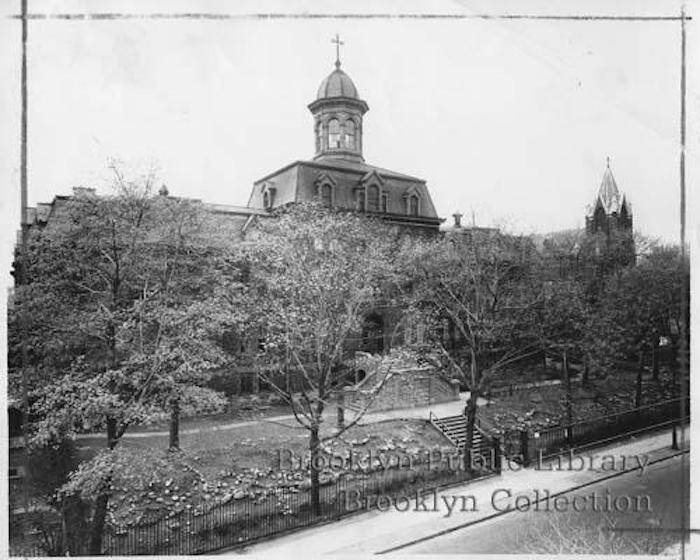 The caretakers at the orphanage regularly beat the children and even occasionally encouraged the children to hurt each other. But while the other children lived in fear of painful punishments, Fish reveled in them.

He came to enjoy pain, associating it with pleasure and, in time, sexual gratification. When his mother, back on her feet and financially self-sufficient again, removed him from the orphanage and brought him to live with her, Fish continued to administer his own beatings.

In 1882, he began a relationship with a telegraph boy, who introduced him to the sexual practices of urolagnia and coprophagia, or the consumption of human waste.

Eventually, his sadomasochistic tendencies led him to an obsession with sexual self-mutilation. He would regularly embed needles into his groin and abdomen and flog himself with a nail-studded paddle.

A Danger To Others 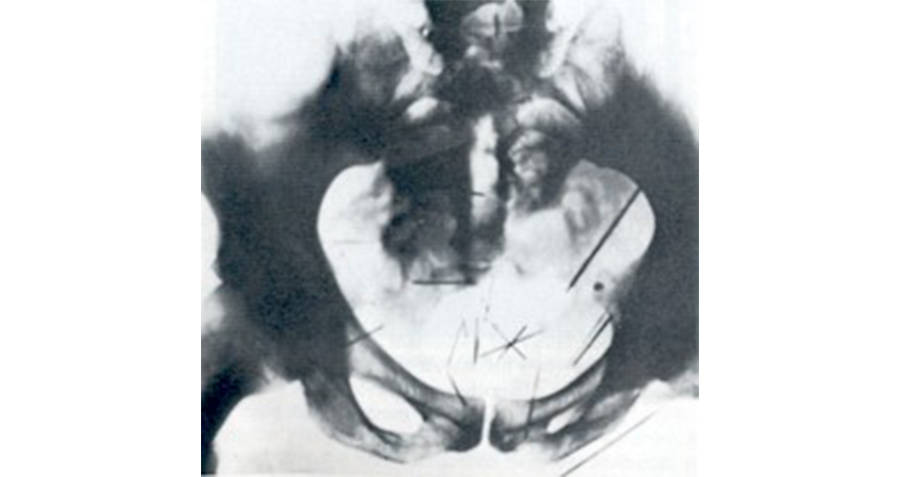 Inevitably, Albert Fish became curious about others’ pain, too.

In 1910, while working as a house painter in Delaware, Fish met Thomas Kedden. Fish and Kedden began a sadomasochistic relationship, though it is unknown how much of it Kedden actually consented to.

In later descriptions of the affair, Fish would hint that Kedden was perhaps intellectually disabled — though it was always difficult to sort fact from fiction in Fish’s tales.

Ten days after their initial meeting, Fish lured Kedden to an abandoned farmhouse under the pretense of an assignation — but when Kedden arrived, he found himself locked inside.

For two weeks, Fish tortured Kedden. The budding killer mutilated the other man’s body and cut off half his penis. Then, as suddenly as he had arrived, Fish disappeared, leaving Kedden with a ten-dollar bill for his trouble.

By 1917, Fish was having difficulty concealing the symptoms of severe mental illness. His wife — a woman his mother had introduced him to — left him for one of the family’s borders.

He began having auditory hallucinations. At one point, he recalled wrapping himself in a carpet on the instructions of John the Apostle.

And he was now a single parent, responsible for raising his six children alone. Though his own claim he never abused them, during their lifetimes he reportedly continuously abused other young children, mostly boys.

But his kids did notice his odd behavior. Several of the games he taught them had strange, sadomasochistic elements.

Fish was also beginning to develop an obsession with cannibalism. As a precursor to consuming human bodies, he began to eat raw meat — meals he often invited his children to share. 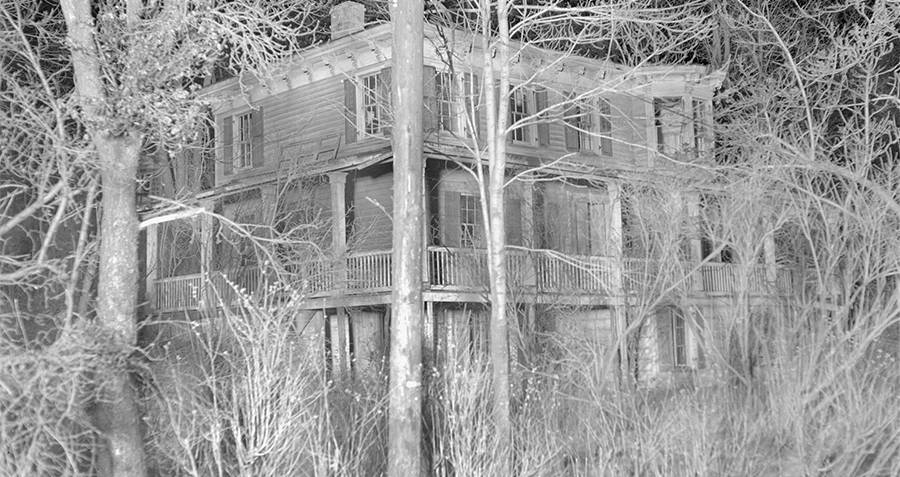 By 1919, his obsession with torture and cannibalism had brought him to contemplate murder. He began to look for vulnerable children, such as intellectually disabled orphans or homeless black children — youths the state of New York wasn’t keeping track of.

He would claim at his trial and in later writings that God was speaking to him, commanding him to torture and consume young children.

He scoured advertisements in local papers put out by families looking for someone to perform housework, or by young men looking for work themselves.

It was through one of these advertisements that he found young Grace Budd.

Grace wasn’t always Albert Fish’s intended target; it was her older brother that he had set his sights on.

The brother, Edward Budd, was looking for work on a farm or in the country — that’s why he put out the ad Fish encountered. Fish was planning on “hiring” Edward and bringing him out to his country house to torture him.

Thus, under the false name Frank Howard, Fish called on the Budd family in their Manhattan home.

He claimed to have some farm work upstate that needed doing, and he was also looking for some help around the house. Was Edward interested?

Edward was inclined to take the job from the unremarkable, gray-faced gentleman.

But suddenly Fish’s interest shifted. While Edward was mulling over his offer, Fish noticed a young girl standing behind her parents: 10-year-old Grace.

He had a new plan, and he didn’t waste any time.

While discussing his fictitious farm and the imaginary work Edward would undertake, Fish casually mentioned that he was in town to visit his niece and attend her birthday party. Would little Grace like to join him?

Albert Fish, the unassuming-looking stranger, convinced Delia and Albert Budd to let him take their daughter along to his niece’s birthday party.

They never saw her again.

What Happened To Grace Budd? 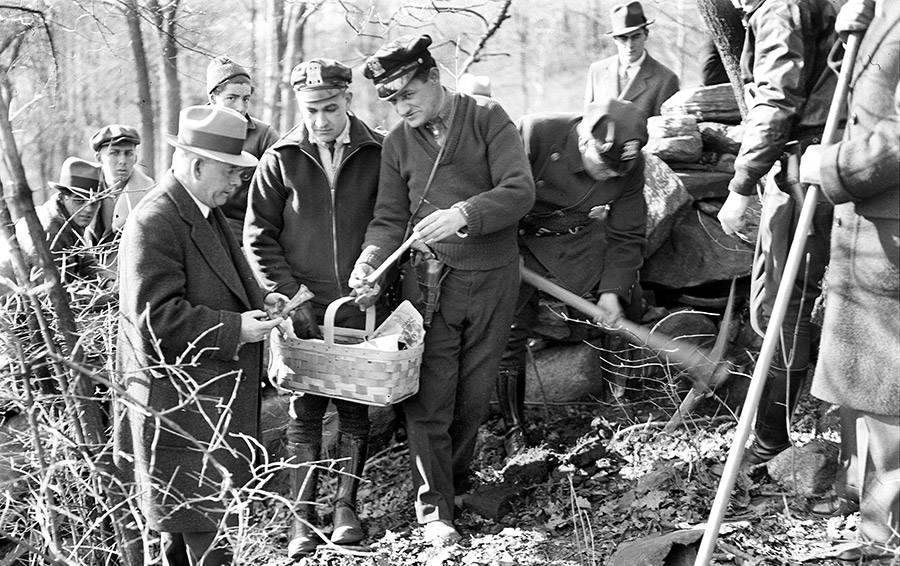 NY Daily News Archive/Getty ImagesMedical Examiner Dr. Amos O. Squire holds bones of the slain Grace Budd after ghastly relics were dug up by cops in an abandoned house in Westchester Hills. Grace was kidnapped and murdered by Albert Fish.

Fish took Grace, dressed in her Sunday best, to his house upstate, the same one he had intended to use as a torture chamber for her brother.

According to the letter sent to Delia Budd, along with his confession, Fish hid in an upstairs bedroom — naked, so as not to get blood on his clothing — while Grace picked wildflowers in the yard.

Then he called her inside. When she screamed at the sight of him, he grabbed her before she could flee.

In 2007, Fish’s life and crimes were depicted in the movie The Gray Man.

As his gruesome letter read: “First, I stripped her naked. How she did kick, bite, and scratch. I choked her to death, then cut her in small pieces so I could take the meat to my rooms, cook, and eat it … It took me 9 days to eat her entire body.”

The letter, which had clearly been intended to cause panic within the Budd home, proved Albert Fish’s downfall.

The paper he had written the letter on happened to be a piece of stationery from the New York Private Chauffeur’s Benevolent Association. Police inquired with the company and found that the paper had been left behind by a janitor from the company at a rooming house he’d been staying at.

At the same rooming house, a man named Albert Fish was renting a place. Upon learning that Fish bore a strong resemblance to Frank Howard, Grace Budd’s kidnapper, the police set up an interview.

To their surprise, Fish confessed in an instant, practically tripping over himself to reveal the precise details of what he’d done to Grace Budd — as well as dozens of other children.

But in the end, only three children (including Grace) could be concretely proven to be his victims.

The Grace Budd murder was by far the most infamous of Fish’s crimes. But two other murders were linked to him after his arrest. Unsurprisingly, they’re just as gruesome.

According to Crime Museum, Albert Fish is believed to be responsible for the murder of a 4-year-old boy named Billy Gaffney. Billy had disappeared while playing with a neighbor in Brooklyn on February 11, 1927. That child would later tell police that the “boogey man” took Billy.

The 3-year-old boy described this “boogey man” as a slender, elderly man with gray hair and a gray mustache. At first, cops didn’t take the child seriously. But when they searched all over the neighborhood with no clues, they finally realized he had been abducted. He was never seen again.

But after Fish’s arrest, a motorman on a Brooklyn trolley line came forward to identify him as a “nervous old man” he saw on the same day Billy had disappeared. Apparently, the old man was trying to quiet a little boy sitting next to him on the trolley who was crying for his mother. The man then dragged the little boy off of the trolley.

Fish admitted to the kidnapping and murder of Billy in sickening detail:

I took tools, a good heavy cat-of-nine tails. Home made. Short handle. Cut one of my belts in half, slit these halves in six strips about 8 inches long. I whipped his bare behind till the blood ran from his legs. I cut off his ears — nose — slit his mouth from ear to ear. Gouged out his eyes. He was dead then. I stuck the knife in his belly and held my mouth to his body and drank his blood.

Although no one was ever able to find Billy’s remains, people were able to locate the body of Fish’s third confirmed victim relatively quickly.

In 1924, a young boy named Francis McDonnell vanished while playing with his brother and a group of friends on Staten Island. His body was found in the woods shortly thereafter. He had been strangled by his own suspenders.

Shortly before Albert Fish was put to death, he confessed to being the one who lured Francis into the woods, later assaulting and strangling him. He admitted that he was ready to dismember the boy — but he thought he heard someone approaching and fled the scene. 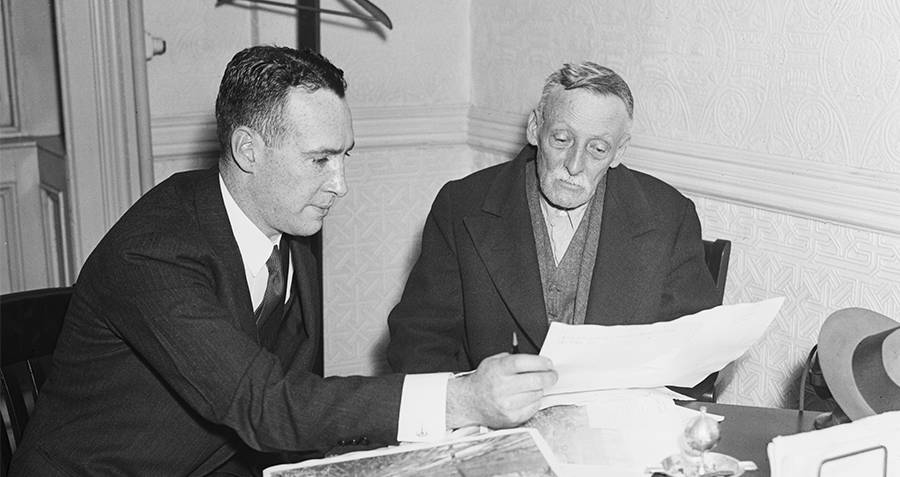 Getty Images/Bettman
Albert Fish was said to have smiled as he confessed to his crimes.

His trial clearly demonstrated that Fish was insane — but the jury, according to one member, felt Fish should be executed anyway, and he was found both sane and guilty. The electric chair would be his fate.

In January of 1936, shortly before he was executed, he was allowed to write a series of notes on his crimes to be handed over to journalists working on the case.

His lawyer took one look at the notes and refused to turn them over.

“I will never show it to anyone,” he said. “It was the most filthy string of obscenities that I have ever read.”

After learning about Albert Fish, the Brooklyn Vampire, read about John Wayne Gacy, a real life killer clown. Then, check out these deranged world rulers.