Meet Cindy Hendy, The Girlfriend Of The ‘Toy Box Killer’ Who Supplied Him With Victims

Though David Parker Ray's girlfriend Cindy Hendy helped him commit numerous rapes and murders in the 1990s, she was released in 2019 and walks free today. 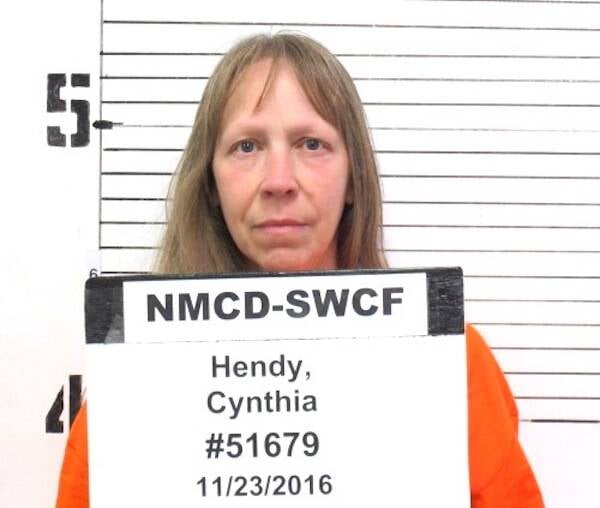 New Mexico Corrections DepartmentCindy Hendy was in prison for 20 years and released without parole in 2019.

In the late 1990s, New Mexico couple Cindy Hendy and David Parker Ray abducted, raped, and tortured as many as 60 women in the American southwest. Inside Ray’s torture trailer that he called his “Toy Box,” the disturbed couple tormented their victims with electric shocks and medical instruments, while mirrors installed in the ceilingforced the women to watch themselves suffer.

According to Hendy, Ray was the mastermind behind their depraved spree. Her role consisted of helping him track down victims, watching as he brutalized them, and occasionally helping him torment them.

Now, though she was sentenced in 2000 to serve a 36-year prison sentence, Cindy Hendy was released in 2019. This is the story of how she went from a troubled upbringing to becoming a suspected serial killer’s girl Friday — who now walks free.

Born Cynthia Lea Hendy in 1960, the future kidnapper and sexual criminal had a troubled childhood. Raised in an impoverished neighborhood on the outskirts of Everett, Washington, Hendy grew up with an alcoholic mother, a bartender who would routinely let her daughter go hungry.

“She would never give the kids a dime,” a childhood friend recalled. “All of us were hungry. We’d be lucky to get a can of tuna fish out of her. We’d go over after school, and Cindy would have to beg like hell till her mother threw out a can of tuna fish just to get rid of us.” 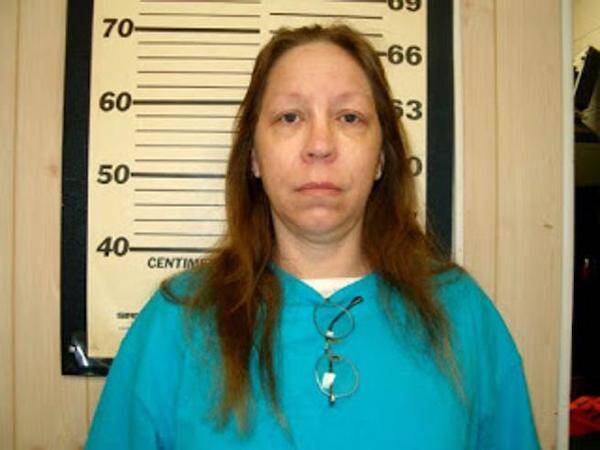 As a child, Hendy saw her mother get beaten by an abusive boyfriend named Dick. Hendy’s mother eventually married another man when her daughter was eight. Hendy was around 11 when he crawled into her bed and attempted to rape her. He convinced his wife he drunkenly mistook one bed for another.

Hendy’s mother took her new husband’s side and the two kicked Cindy out of the house around age 12. Left on her own, Hendy dated drug dealers, prostituted herself, and became dependent on alcohol and cocaine.

She enjoyed aggressive, near-violent sex that included rape fantasies. One partner recalled she once said they should “rape somebody, maybe a prostitute.”

She also gave birth to three children with three different men, and like her mother, she struggled to take care of them. When her youngest child turned 10, Hendy gave up on raising them and sent them off to their grandparents.

Then, in 1997, fleeing convictions on grand theft and drug charges, Hendy moved from Washington to the town of Truth and Consequences, New Mexico, where she met David Parker Ray, the Toy Box Killer.

In New Mexico, Cindy Hendy worked at a state park, where she met David Parker Ray. The two quickly bonded over their shared violent sexual fantasies.

Though Ray was 20 years her senior, 37-year-old Hendy began living with him soon after she moved to New Mexico when her relationship with an abusive ex-boyfriend soured.

“When I moved in, he started to tell me all the women he had murdered. He said at least one a year for about forty years,” Cindy later recalled. She wasn’t sure if she believed Ray’s story at first, and she said she was both nervous and intrigued after hearing it.

Hendy would later state that Ray had bragged that he knew how to kill someone and bury them in a lake.

“The thing to do is cut them down the belly, scoop out their guts, fill the chest cavity with cement weights and then use bailing wire to wrap them up,” she said.

“They seemed to feed off of each other, and Cindy got an opportunity to let go of all of her inhibitions,” said reporter Yvette Martinez.

Soon, Hendy began to routinely help Ray pick targets, starting with an acquaintance. “I felt for Angela cause her and I were friends,” Hendy said. “I had partied with her a few times.” So, Hendy and Ray actually released their first shared victim, making her promise to keep the abduction a secret.

According to Hendy, while the two had a victim in their clutches, Ray would do most of the torturing while she stood by and watched. “I had no remorse at the time. It was like slow motion. I don’t think I had any feeling one way or the other.” Hendy recalled.

She also claimed that Ray never hurt or tortured her the way he did their victims. But in 1999, their horrific spree ended when a victim managed to get away.

How The Toy Box Killer Got Caught

On March 22, 1999, dispatchers received calls reporting a naked woman was hysterically trying to stop traffic on a street in Elephant Butte, New Mexico. Cynthia Vigil had a dog collar wrapped around her neck. She had just escaped from the clutches of the Toy Box Killer.

Ray had kidnapped her three days earlier, but he hadn’t worked alone. As usual, Cindy Hendy was his accomplice. 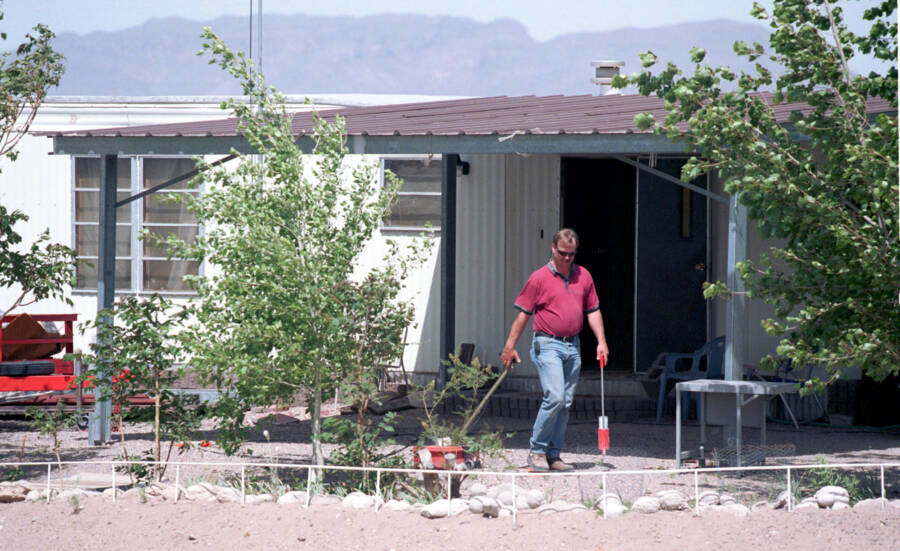 It was Hendy who drove to Albuquerque on March 20, 1999, and found the pimp who introduced her to Cynthia Vigil. Ray took it from there and invited the prostitute to his trailer.

Impersonating a cop, Ray flashed a badge and handcuffed her.

“I knew something was wrong,” Vigil recalled.

Chaining Vigil to a table, Ray and Hendy raped and tortured the woman with medical instruments, electric shocks, and whips for three straight days. Hendy later claimed that she had only whipped Vigil while Ray did the rest.

A KRQE interview with Cynthia Vigil.

Ray’s tape instructed Vigil to address Ray as “master” and Hendy as “mistress,” and to only speak when spoken to. Fisher said authorities later found Ray’s journal, with “meticulous records detailing the victims that he abducted and what he did to them.”

“The way he talked, I didn’t feel like this was his first time,” said Vigil. “It was like he knew what he was doing. He told me I was never going to see my family again. He told me he would kill me like the others.”

In the face of certain death, Vigil saw her opening on March 22, 1999. Hendy had left the keys to Vigil’s restraints on a nearby table while she left the room. Vigil released herself, stabbed Hendy in the neck with an icepick, and bolted out of the trailer.

Authorities saved Vigil and arrested Ray and Hendy immediately. When a reporter asked Hendy if she was in any way involved, she replied:

After their arrest, Ray and Hendy initially claimed Vigil was a heroin addict that they were trying to detox. Authorities quickly saw through the story after searching the trailer. They found the audiotape which backed up Vigil’s claims, and a slew of torture instruments ranging from pulleys, whips, and sexual devices inside the “Toy Box.”

Police also found footage of them torturing another woman, leading them to suspect that more than one crime had occurred. Two other victims — Kelly Garrett and Angelica Montano — came forward to confirm as much. Both had been tortured by Ray and Hendy on separate occasions.

A full month before Vigil’s abduction, Montano had been dumped by the side of the road after three days of torture. Montano alerted police to the couple’s crimes against her, but authorities never investigated her claims until after Vigil’s escape.

Not two months after Ray and Hendy’s arrests, Montano died of heart failure brought on by pneumonia at the age of 28. 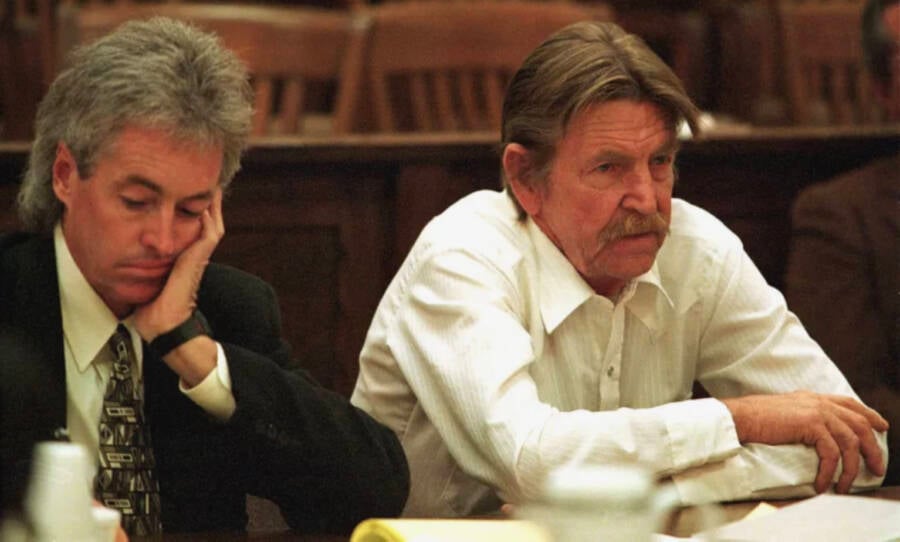 Joe Raedle/Getty ImagesDavid Parker Ray in court with his attorney, before dying of a heart attack behind bars in 2002.

Now in custody, the repercussions of her actions hit Hendy like a ton of bricks. Facing 197 years in prison if convicted of 25 felony counts of kidnapping and criminal sexual penetration, she turned on Ray and agreed to a plea deal on April 6, 1999.

Her cooperation revealed even more of the couple’s sadistic methods: forcing victims to look at themselves being mutilated and shoving them into a wooden contraption so dogs and acquaintances could rape them. Hendy also revealed that Ray previously had another accomplice.

“David confided in her that he had a friend by the name of Roy Yancy who he forced to kill a woman,” said Martinez. “He strangled her and then buried her body out in the desert.”

In return for testimony against Ray and Yancy, Hendy still faced a maximum of 54 years and a minimum of 12. She told investigators about 14 murders Ray committed and pointed out some of the potential burial sites.

“No matter how many places they checked, they were never able to find any bodies,” said Martinez.

After 19 years in prison, Hendy was released on July 15, 2019. She was let out early as her plea deal came three months before a new law required violent criminals to serve 85 percent of their sentence.

As such, the Toy Box Killer’s former lover — and trusted accomplice — now walks amongst us.