David Parker Ray, the "Toy Box Killer," is believed to have tortured and killed more than 50 women inside his soundproof trailer. 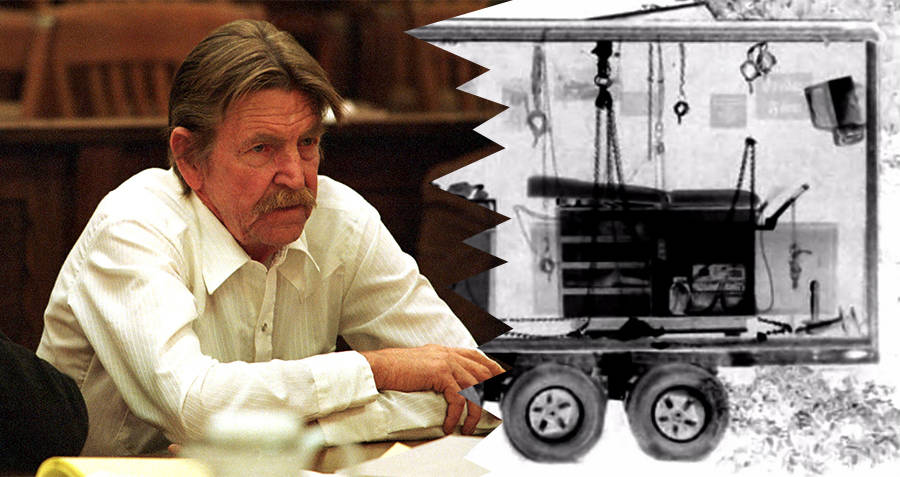 On March 19, 1999, 22-year-old Cynthia Vigil was hooking in a parking lot in Albuquerque, New Mexico, when a man claiming to be an undercover cop told her she was under arrest for solicitation of sex work and put her in the back of his car.

“He told me I was under arrest and he put handcuffs on me,” Vigil said.

The man was David Parker Ray, and he brought Vigil to his nearby soundproof trailer, which he called his “Toy Box.”

He then chained her to a gynecologist-type table in the center of the trailer, and over the next three days, raped and tortured Vigil, with help from his girlfriend and accomplice Cindy Hendy.

The two of them used whips, medical instruments, electric shock, and sexual instruments to torture Vigil. Before her torture, Ray would play a cassette tape with a recording detailing exactly what she would be forced to endure. 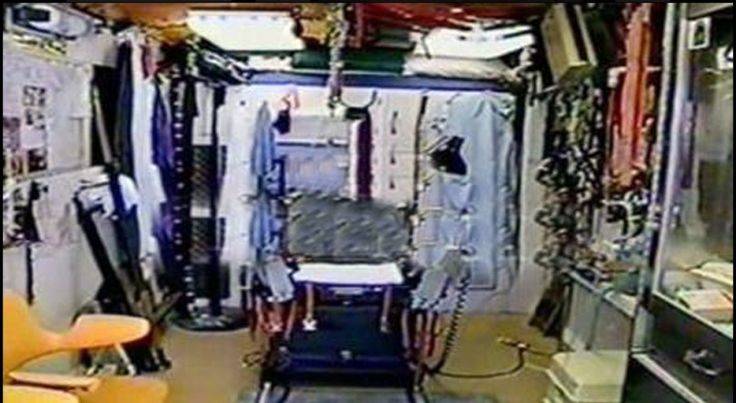 On the cassette, Ray explained that she was to refer to him only as “master” and the woman with him as “mistress” and never to speak unless spoken to first. He went on to explain exactly how he would rape and torture her.

“The way he talked, I didn’t feel like this was his first time,” Vigil said in a later interview. “It was like he knew what he was doing. He told me I was never going to see my family again. He told me he would kill me like the others.”

On the third day, while Ray was at work, Hendy accidentally left the keys to Vigil’s restraints on a table near where she was chained while she left the room.

Seizing the opportunity, Vigil lunged for the keys and was able to free her hands. Hendy attempted to stop her, but Vigil stabbed her in the neck with an icepick when she approached.

She ran out of the trailer naked, wearing only a slave collar and padlocked chains.

In desperation, she knocked on the door of a nearby mobile home. The owner of the house brought Vigil in and called the police, who promptly arrested both Ray and Hendy.

Jim Thompson/JournalCynthia Virgil talking to reporters in 2011 about being tortured by David Parker Ray in 1999.

David Parker Ray Before He Became The “Toy Box Killer”

David Parker Ray was born in Belen, New Mexico in 1939. Little is known about his childhood, outside of the fact that he was mainly raised by his grandfather, but regularly saw his father, who beat him.

As a kid, Ray was bullied by his peers for his shyness around girls. These insecurities drove Ray to drink and abuse drugs.

He served in the U.S. Army, receiving an honorable discharge at the end of his enlistment. Ray was married and divorced four times in his life.

It is believed the Ray began his killing spree sometime during the mid-1950s, which only came to light with the escape of Vigil.

Inside The ‘Toy Box’

After arresting Ray, the police gained a warrant to search his home and trailer, and what they found shocked and disturbed them.

Ray’s “Toy Box” contained a gynecologist-type table in the middle with a mirror mounted to the ceiling so his victims could see the horrors delivered upon them. Littering the floor were whips, chains, pulleys, straps, clamps, leg spreader bars, surgical blades, and saws, as well as numerous sex toys.

There was a wooden contraption used to bend over and immobilize Ray’s victims while he and his friends would rape them. 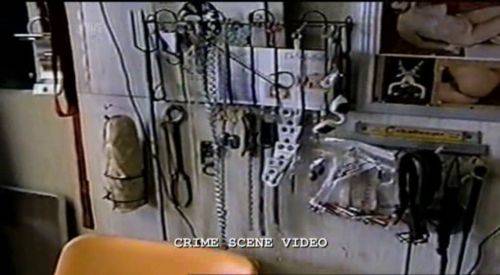 On the walls were detailed diagrams showing different methods and techniques for inflicting pain.

In the trailer of the “Toy Box Killer,” the police also discovered a videotape from 1996, showing a terrified woman being raped and tortured by Ray and his girlfriend.

With the publicity surrounding the arrest of David Parker Ray, considering the disturbing circumstances of his crime, another woman came forward with a similar story. Angelica Montano was an acquaintance of Ray’s who, after visiting his house to borrow cake mix, had been drugged, raped, and tortured by Ray before being left by a highway out in the desert. There she was found by police, but there had been no follow-up on her case.

Ray would often use drugs that would induce amnesia and memory loss in his victims like sodium pentothal and phenobarbitol, so they could not properly remember what had happened to them.

With this stronger case, with two victims testifying to the crimes, the police were able to press Hendy, who quickly folded and began telling what she knew of the murders. Her testimony led the police to discover that Ray been helped in the abductions and murders by his daughter, Glenda “Jesse” Ray, and friend, Dennis Roy Yancy. 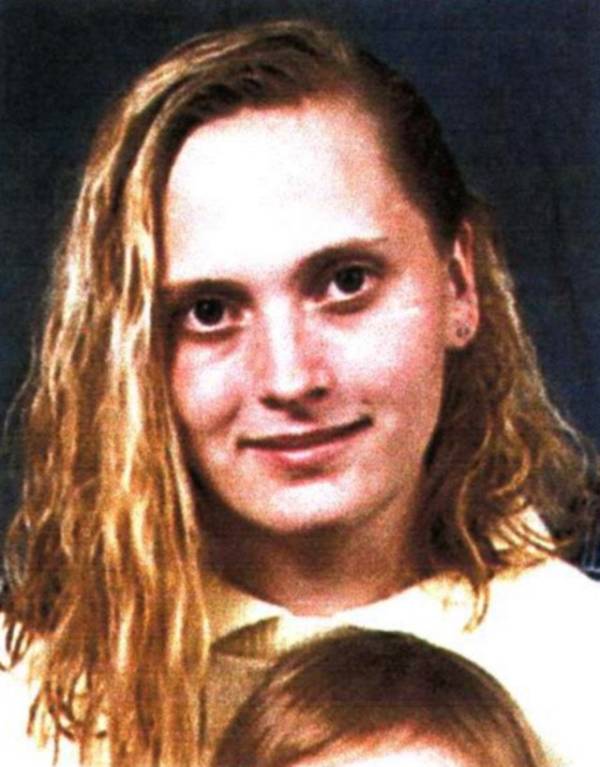 Yancy admitted to participating in the murder of Marie Parker, a woman who was abducted, drugged, and tortured for days by Ray and his daughter, before Yancy strangled her to death in 1997.

The Abduction Of Kelli Garrett

After releasing some details about the woman in the video, she was identified by her ex-mother-in-law as Kelli Garrett, a former friend of Ray’s daughter.

On July 24, 1996, Garrett, after getting into a fight with her then-husband, decided to spend the night playing pool at a local saloon with Jesse. Jesse roofied Garrett’s beer, and she and her father placed a dog collar and leash on her and brought her to his trailer.

He then raped and tortured her for two days, keeping her on date-rape drugs the while. After these two days, Ray slit her throat and dumped her on the side of the road.

Miraculously, Garrett survived the encounter, but no one, neither her husband nor police believed her story. In fact, her husband, believing she had cheated on him that night, filed for divorce that year.

Due to the effects of the drugs, Garrett had limited recollection of the events over those two days, but remembered being raped by the “Toy Box Killer.”

These drugs, as well as the socioeconomic standing of many of the women involved, made it difficult for their testimony to be readily accepted by jurors.

Though he was able to beat two of the cases put against him, the “Toy Box Killer” was ultimately sentenced to 224 years in prison for numerous offenses involved in the abduction and sexual torture of these three women.

Jesse Ray received a sentence of nine years and Cindy Hendy was given 36 years in prison.

David Parker Ray died of a heart attack on May 28th, 2002, a mere three years into his sentence.

How Many More Victims Are There?

In their investigation of David Parker Ray’s trailer, police found evidence of several more killings, including diaries written by Ray where he detailed the murder of at least 50 other women. Despite the evidence, the authorities were unable to create cases from them. 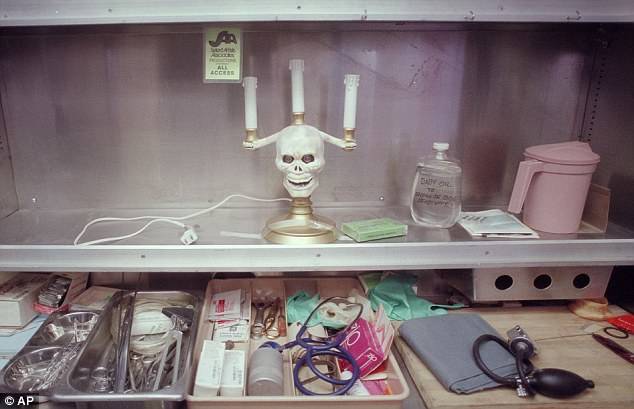 Though Hendy and Yancy both identified areas they believed Ray disposed of these bodies, police found no human remains in any of these locations.

“As long as we’re getting those leads, and as long as the exposure in the press keeps generating interest in the case, we’re going to keep investigating this.”

Now that you’ve read about David Parker Ray, the “Toy Box Killer,” learn the horrifying story of Rodney Alcala, the serial killer who won ‘the dating game’ during his murder spree. Then read the bizarre but true story of Hungary’s “vampire” serial killer. Finally, read up on the crimes of serial killer Ed Kemper.