Airbnb's new policy comes months after a viral TikTok revealed the listing of an "1830s slave cabin" on the platform. 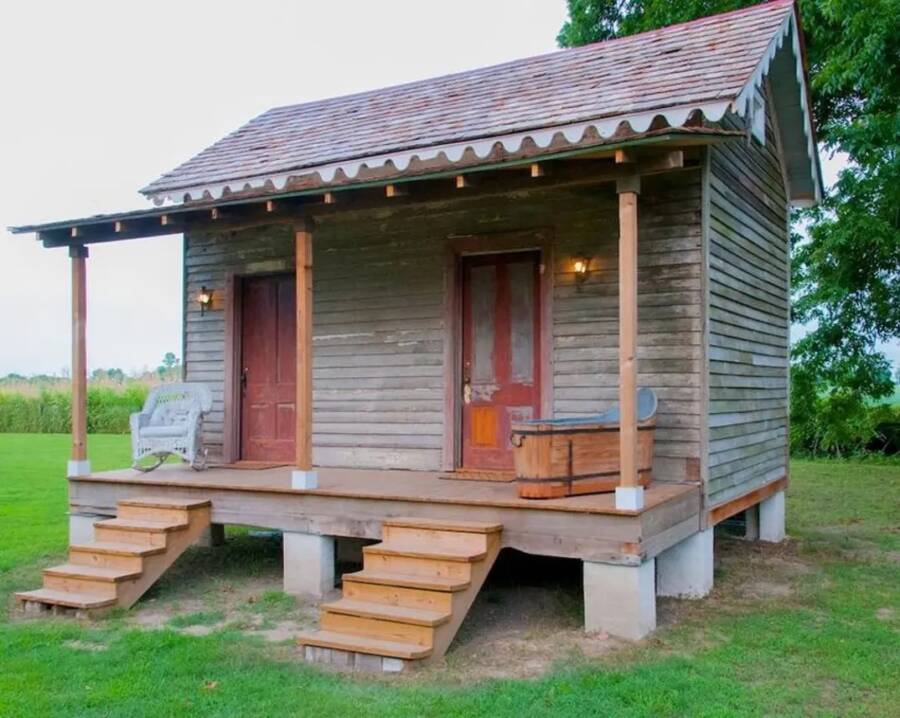 In July 2022, a TikTok exposing “an 1830s slave cabin” on Airbnb went viral, prompting a wave of outrage online. Now, just over half a year later, Airbnb said they will no longer allow users to list properties that were once used to house enslaved people.

Per The Root, Airbnb’s new policy states that they will be removing any listed residences on plantations “if structures that existed during the time of slavery are still present on the property.”

In accordance with the new policy, going forward, listing any structures that were built for the purpose of housing enslaved people will be prohibited, and property owners will not be able to use “slave-related features” to market listings.

Airbnb is already working to take down listings and “will continue to evaluate cases as they arise,” Ben Breit, an Airbnb spokesperson, told BuzzFeed News.

“Currently, we have removed listings and experiences associated with roughly 30 properties that are violating our policies,” Breit said.

This new policy follows Airbnb’s Project Lighthouse initiative, which the company says will help “to uncover, measure, and overcome discrimination” on the platform.

“Discrimination and bias unfortunately happen in our world, so they can play out on platforms like Airbnb — and that’s unacceptable to us,” said Janaye Ingram, Airbnb’s Director of Community Partner Programs and Engagement. “We believe you can’t fix what you don’t measure, so we’re using Project Lighthouse to help us uncover disparities among perceived racial groups and inform our work to make Airbnb more equitable for people of color.”

Issues of racial discrimination on Airbnb previously came to attention in 2019 when the racial justice organization Color of Change called for websites to stop promoting content that glorified or romanticized former slave plantations. The organization has been working directly with Airbnb to develop the new policy.

“The only place now where plantations will be able to be listed [on Airbnb] is through specifically curated experiences that have historical value and are not meant to be a form of profit or entertainment,” Feeney said.

The new policy announcement comes just months after a TikTok posted by lawyer Wynton Yates pointed out the listing of the Panther Burn Cottage on Belmont Plantation in Greenville, Mississippi, which was touted as “an 1830s slave cabin” that “has also been used as a tenant sharecroppers cabin.” The listing also touted that the “wide cypress boards are original to the first build in the 1830s.”

#airbnb this is not ok. #history #civilrights #americanhistory

Airbnb removed the property listing shortly after and issued an apology in a statement saying, “Properties that formerly housed the enslaved have no place on Airbnb.”

The property’s owner, Brad Hauser, also apologized in a statement to CNN, saying:

“As the new, three-week owner of The Belmont in Greenville, Mississippi, I apologize for the decision to provide our guests a stay at ‘the slave quarters’ behind the 1857 antebellum home that is now a bed and breakfast. I also apologize for insulting African Americans whose ancestors were slaves.”

Hauser added that he has no plans to list the property on Airbnb again and that the listing and a now-private promotional video on YouTube were the decisions of the previous owner.

Hauser said he “strongly opposed the previous owner’s decision to market the building as the place where slaves once slept after toiling in the cotton fields in human bondage.”

Of course, Hauser’s property was far from the first to advertise a former slave plantation as a luxurious property. In fact, many of these sorts of properties are rented out for weddings or other events and touted as “a place of happiness and cheer and like, good ol’ days,” Feeney told Buzzfeed News.

“These places really should be remembered for the hardships and horrific acts that happened here. They should not be a source of profit and entertainment,” he said.

“Just the same way that we would be appalled if someone was trying to rent out concentration camps in Austria and Germany and Poland as summer getaways,” Feeney added, “we should be equally as appalled here in the United States when someone’s trying to rent out houses where Black folks were enslaved for hundreds of years.”

Learn about the history of America’s slave plantations by reading the story of Ona Judge, the woman who escaped from George Washington’s fields. Or, read the story of Mary Thomas, the plantation worker who led a revolution against her oppressors.