The Nazi treasure map suggests that fleeing German soldiers buried a cache of gold, silver, jewels, watches, and other riches somewhere near the Dutch village of Ommeren. 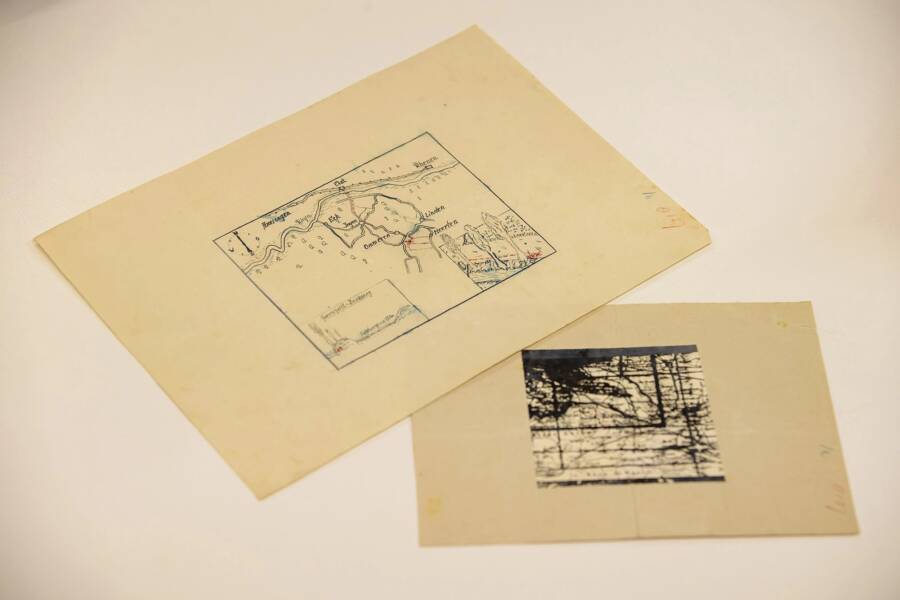 Of the more than 1,300 historical documents recently released by the National Archives of the Netherlands, one has caught the public’s attention: a Nazi treasure map made in 1945. Eager to find the cache of riches, treasure seekers have flooded the Dutch countryside.

“I see groups of people with metal detectors everywhere,” Jan Henzen told Reuters while taking a break from his search. “Like a lot of people, the news about the treasure made me go look for myself. The chance of the treasure still being here after 70 years is very small I think, but I want to give it a try.”

According to The Guardian, the treasure was originally buried in 1945 in the village of Ommeren by Nazi soldiers fleeing the Netherlands. Historians suspect that the treasure — coins, watches, jewelry, diamonds and other valuables — was taken by the Nazis from a bank in nearby Arnhem. 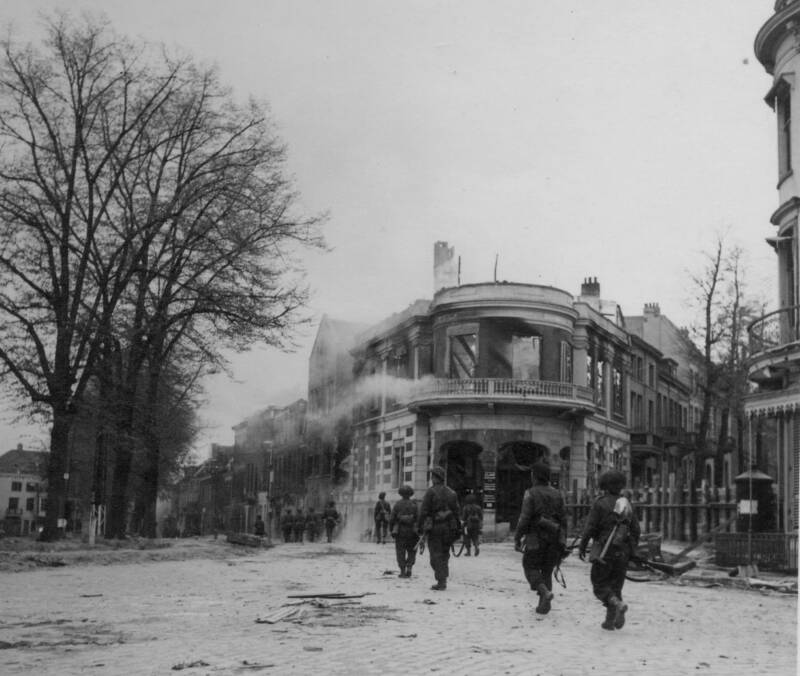 The Nazis likely took the valuables following a bombing, and they possibly set fire to the bank in order to rob it. One expert told local Dutch news that Nazis had stuffed “loot in their coats,” according to the Daily Mail.

Regardless of how the Nazis got their hands on the valuables, which may be worth an estimated $19 million, it seems clear what happened next. A German soldier identified as Helmut S. later claimed that he and three others buried the treasure roughly two feet beneath the roots of a poplar tree in Ommeren.

Helmut, who was “loose-lipped,” according to Annet Waalkens of the National Archives, told stories about the treasure that attracted the attention of the Beheersinstituut. An organization responsible for managing the wealth of people who had disappeared during World War II, the Beheersinstituut, according to The Guardian, conducted multiple searches for the treasure. 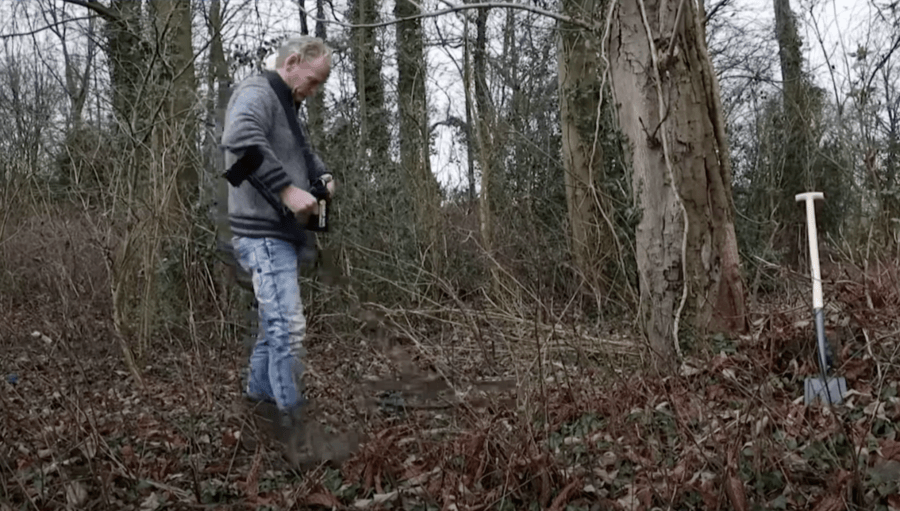 NBC News/YouTubeA treasure hunter scours the ground in Ommeren following the release of the Nazi map.

Their first attempt was thwarted by the frozen ground. Their second, aided by metal detectors of the era, turned up nothing. And their third, assisted by Helmut S. himself, also failed to locate the treasure.

The map, believed to have been drawn by one of Helmut’s companions, was then tucked into the Beheersinstituut’s archives. It was released 75 years later when its confidentiality period expired, according to the New York Post, but it’s still unclear if there’s any treasure to be found.

“We don’t know for sure if the treasure existed,” National Archive spokeswoman Anne-Marieke Samson told Reuters. “[T]he institute did a lot of checks and found the story reliable. But they never found it and if it existed, the treasure might very well have been dug up already.”

According to The Guardian, Dutch officials have several theories for why the treasure has proven so elusive. They think it’s possible that a local witnessed the original burial then dug up the treasure themselves, that one of the Nazis returned to the scene and retrieved the treasure, or even that American soldiers came upon the cache of treasure and dug it up. 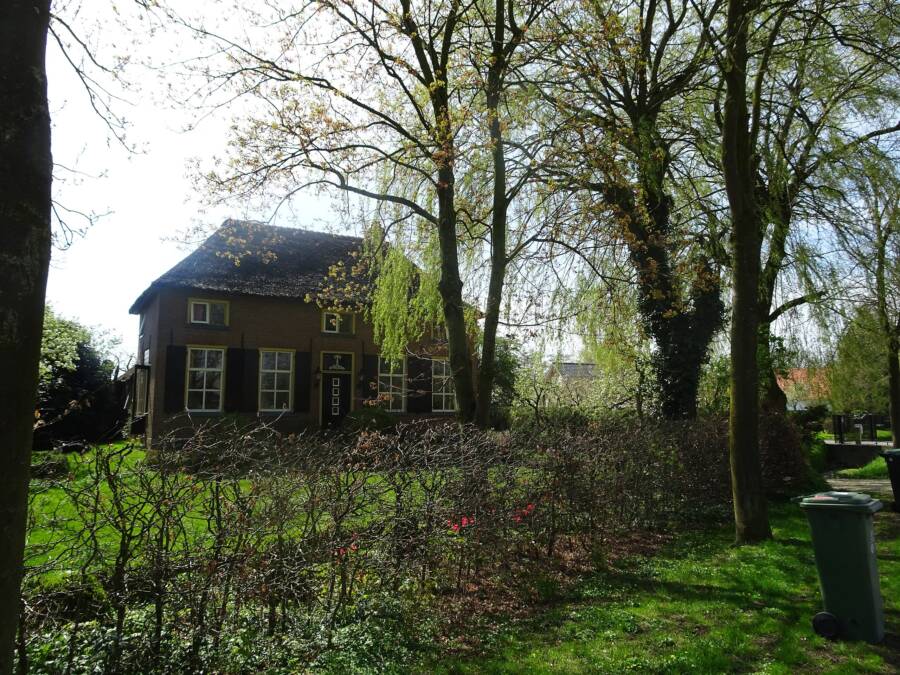 Fred Mobach/Wikimedia CommonsA farm tucked in the forests of Ommeren.

This final theory may have legs, as Beheersinstituut officials crossed paths with Americans during their third attempt to find the treasure. They also noted, per The Guardian, that the soil in the area appeared disturbed.

If the treasure is still out there — and experts don’t discount the possibility that it was destroyed in a later bombing — then whoever finds it will have to report their discovery to Dutch authorities.

“Anyone who finds anything will have to report it to us, so we’ll see,” former Ommeren mayor Klaas Tammes, who runs a foundation that owns the land where the treasure is allegedly buried, told Reuters.

For now, Dutch authorities maintain hope that the treasure is out there and that it will be found. Once it is, they’ll try to locate its “rightful owners.”

After reading about the Nazi treasure map that has sparked a search for riches in the Netherlands, discover the story of the Oak Island treasure, its alleged curse, and the enduring search to find it. Or delve into the mystery of the Saddle Ridge hoard, the biggest buried treasure find in American history.