The Mystery Of The Saddle Ridge Hoard, The Biggest Buried Treasure Find In U.S. History

The 1,411 gold coins discovered in the Saddle Ridge hoard are worth $10 million dollars. Yet no one knows who buried them. 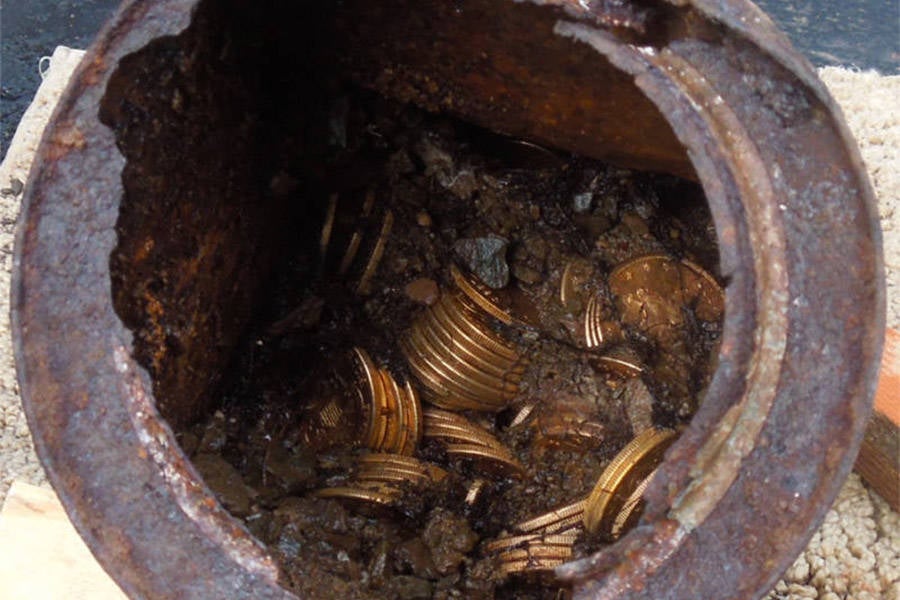 One morning in February of 2013, much like any other morning, a couple in California were walking their dog along their property. But on this particular walk, one of them noticed something strange on the side of the trail. The woman, Mary, had spotted an old tin can poking out of the ground.

Intrigued, Mary and her husband John carefully worked the tin out of the dirt. As they did, they uncovered something that would change their life forever: 1,411 gold coins. The coins were obviously old, minted somewhere between 1847 and 1894, but they were in good condition. Incredibly, as the couple found out shortly afterward, they were worth about 10 million dollars.

It was the largest discovery of lost treasure in U.S. history. Yet no one could figure out how it got there.

The Saddle Ridge Hoard, as the treasure came to be known, was probably buried on the property sometime in the late 19th century. Most of the coins are $20 gold pieces minted in San Francisco after 1854, during the gold rush. However, there also some earlier coins minted in Georgia, which raises the question of how they found their way to California. 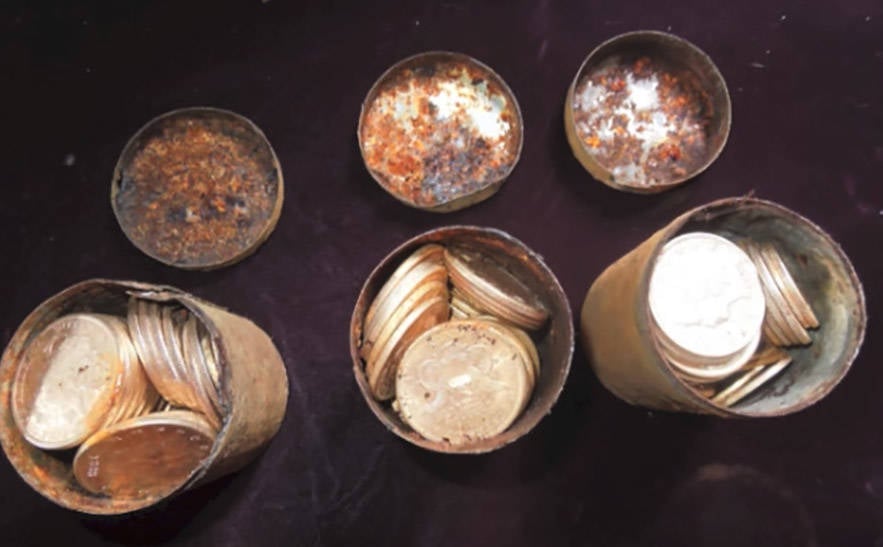 YouTubeCans of gold coins from the Saddle Ridge Hoard.

Unlike most coins, many of the Saddle Ridge coins are in pristine condition, which suggests that they never even entered common circulation. That excellent condition is part of why the coins are so valuable.

Taken at face value, the coins are worth about $28,000, which was a huge amount of money when the coins were buried. But due to the rarity and condition of the coins, they’re now worth millions on the open market.

But why would someone bury a fortune in coins on their property and never come back to claim them? There are a few possibilities. Some have suggested that the coins came from a 1901 bank heist in San Francisco when an employee walked out with around $30,000 in gold coins. Given the timing and the value of the coins stolen, it would make sense.

Unfortunately, the U.S. Government has stepped in to rule this theory out. According to the Treasury, the coins found in the hoard don’t match those you’d expect to see from that particular bank robbery. 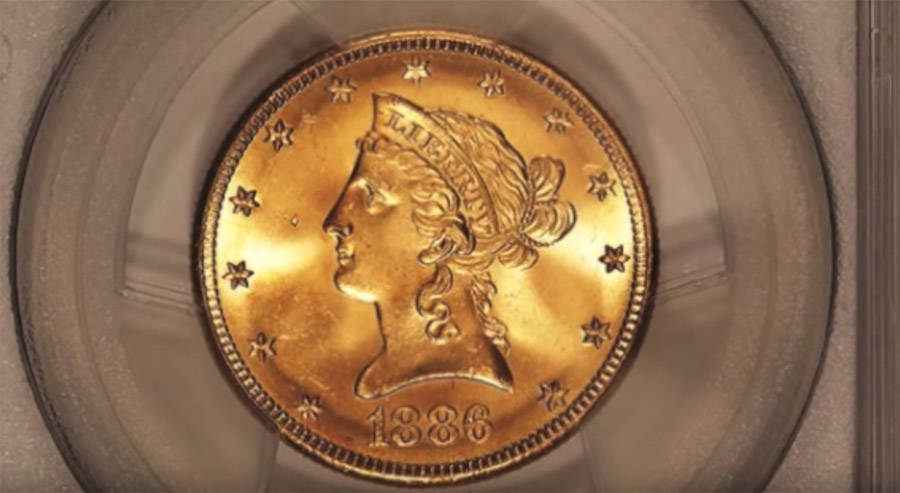 YouTubeOne of the minted gold coins from the Saddle Ridge Hoard.

There’s a better chance that the coins have a more mundane origin story. They might be the life savings of a miner who came to the area to strike it rich during the Gold Rush. But this theory isn’t the most plausible, given that by the time the coins were buried, the Gold Rush was more or less over.

The most likely explanation might be that the coins were put there by a wealthy, probably slightly unhinged, person who lived on the property and simply didn’t trust banks to keep their money safe. So instead, they buried their money somewhere on their property and died before they could tell anyone where it was.

It might be hard for any amateur sleuths out there to find out the answer, since both the location of the coins and the identity of the people who found them are being kept secret.

It’s possible that one day soon, someone will be able to figure out how the coins ended up being buried. But for now, the secret of the largest buried treasure find in America will remain a mystery.

After reading about the Saddle Ridge Hoard, check out these photos of people striking it rich during the Klondike gold rush. Then read about the search for the missing Amber room.