Meet Maximilian Kolbe, The Nazi-Fighting Monk Who Switched Places With A Condemned Man

When the Auschwitz guards condemned a man to die, Maximilian Kolbe took the man's place and sacrificed his own life. 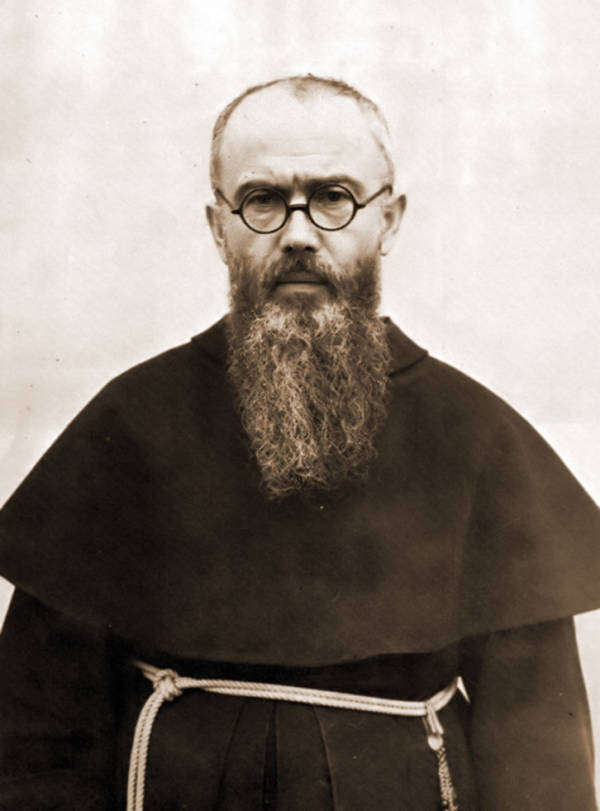 In 1906, a 12-year-old Polish boy named Rajmund Kolbe claimed to receive a strange and life-changing vision.

He told her that he would accept both crowns, thereby promising to be willing to die a martyr and lead the most morally righteous life he could. For Kolbe, this meant devoting himself to the service of God by becoming a Catholic monk in 1910, becoming known as Maximilian Kolbe.

He went on to study in Rome and was ordained as a priest in 1919. He then returned to Poland and built a friary near Warsaw.

But following the Nazi invasion and subsequent occupation of Poland in 1939, Maximilian Kolbe had his friary become a sanctuary for thousands of Polish refugees, most of whom were Jewish.

He knew that helping so many Jews could get him into trouble with the Nazis, but he nevertheless housed, clothed, and fed the refugees anyway. He felt that keeping his promise to the Virgin Mary meant being selfless and helping others even if it put his own welfare at risk.

Because he believed in not only being selfless but also standing up to evil, he even denounced the Nazis’ crimes in an illegal radio broadcast and in 1941, published a magazine strongly critical of the Nazis.

Later that same year, the Nazis found out about the help that Maximilian Kolbe was giving to the refugees and sent him to the Auschwitz concentration camp, where he was subjected to brutal treatment.

But this treatment did not deter Kolbe from his mission to lead a morally righteous life. While imprisoned, he showed great concern for his fellow prisoners. To prevent them from going hungry, he often shared his rations with them, even though this meant going hungry himself. At night, instead of resting, he often went around asking if there was anything he could do for his fellow prisoners.

But he performed his greatest act of selflessness following the apparent escape of a prisoner in July 1941. 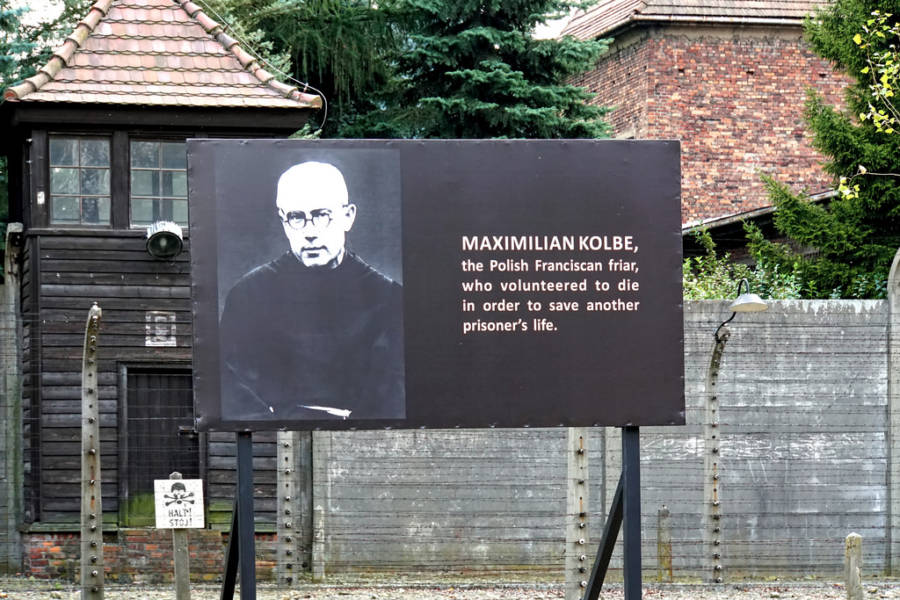 In response to the apparent escape, the deputy commander of Auschwitz had ten prisoners randomly selected to starve to death in a bunker, in hopes that this would deter future escape attempts.

When a prisoner named Franciszek Gajowniczek heard that he had been selected to die, he cried out, “My wife! My children!” When Maximilian Kolbe heard Gajowniczek’s cries, he volunteered to take Gajowniczek’s place. Kolbe reasoned that it would be better for him to die instead because he was older than Gajowniczek and had no wife or children.

The commander surprisingly accepted Kolbe’s request and had him placed in the bunker with the other prisoners that had been selected.

The prisoners soon experienced great hunger and thirst. Some of them became desperate enough to drink their own urine, while others tried to quench their thirst by licking the moisture off of the bunker’s walls.

But Kolbe never complained or requested anything. Instead, he tried to keep his fellow prisoners in good spirits by leading them in prayer and singing hymns to the Virgin Mary.

After three brutal weeks, only Maximilian Kolbe was still alive (some accounts say three others were left alive with him), prompting an executioner to give him a lethal injection. In the end, Maximilian Kolbe is said to have accepted his death calmly and peacefully.

After this look at Maximilian Kolbe, read up on Gisella Perl, the “Angel of Auschwitz” who put herself at risk to save lives. Then, see the most heartbreaking Holocaust photos ever taken.