The Unbelievable Crimes Of America’s 11 Most Infamous Serial Killers

These killers are either dead, incarcerated, or disappeared — though it won't really matter. You'll still want to lock your doors after reading this.

Nothing strikes terror in a person quite like a serial killer. Just reading about these notorious killers will make you want to lock your doors, even if it’s been years since the killer was caught or executed. Indeed, these 11 American serial killers are a special kind of terrifying.

One was described by neighbors as a friendly and likable man. Another was a six-foot-nine-inch sociopath with a violent past and an IQ of 145. 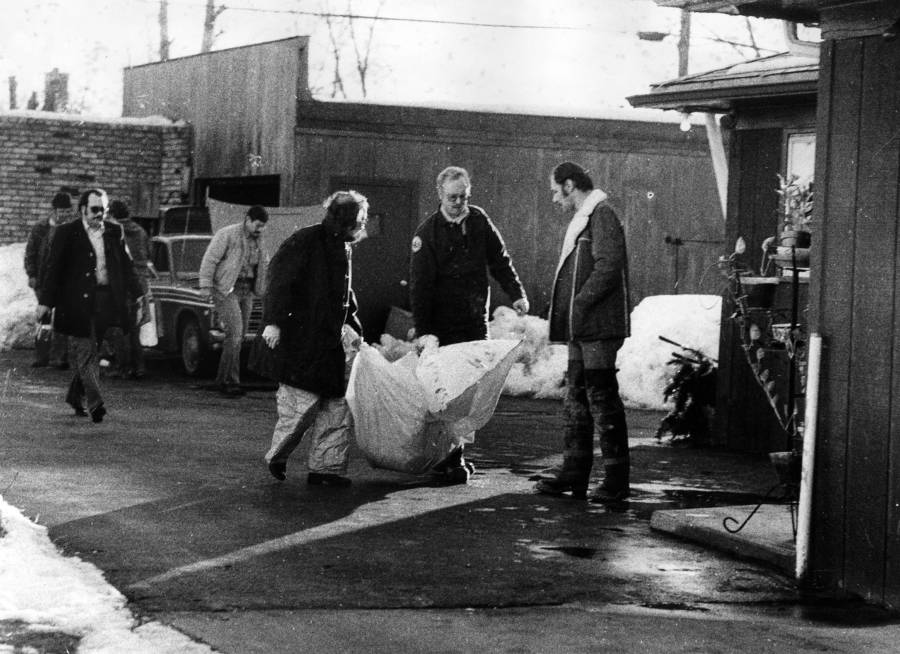 Karen Engstrom/Chicago Tribune/TNS via Getty ImagesInvestigators carry the remains of a body found beneath the garage floor of the home of John Wayne Gacy on December 22, 1978, in Chicago.

These serial killers from the U.S. might have looked different on the surface, but underneath they all shared one thing: a menacing and all-consuming hunger for bloodshed.

Jeffrey Dahmer, a man shocking even among the ranks of American serial killers, has acknowledged that the carnage he left behind is hard to comprehend, even for him. 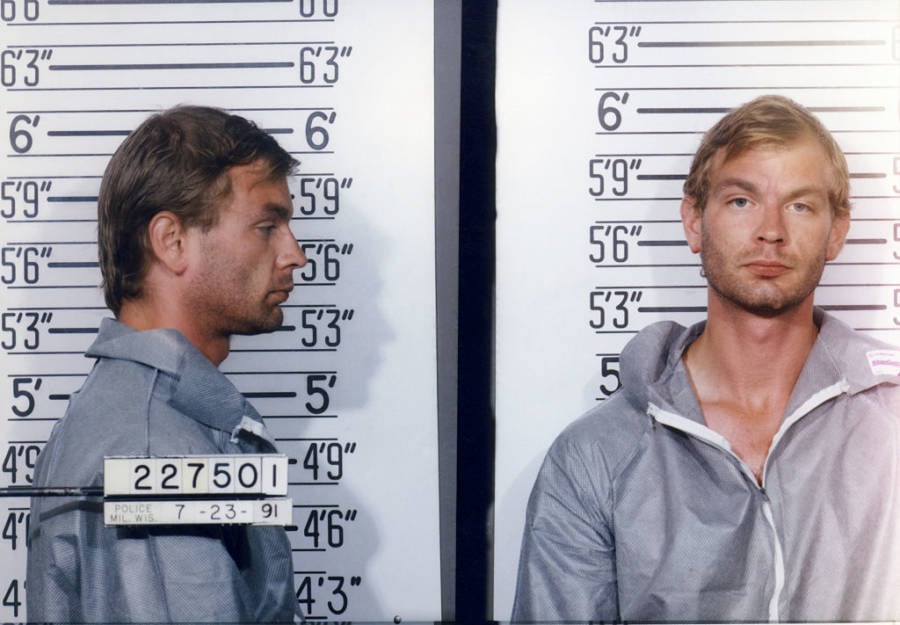 “It’s hard for me to believe that a human being could have done what I’ve done,” Dahmer said. “But I know that I did it.”

Born to a middle-class family in Milwaukee in 1960, Dahmer started to show troubling signs as a small child. He was infatuated with the concept of death and collected the carcasses of dead animals. His father noted that his son was “oddly thrilled” by the sound of clacking animal bones.

Dahmer and his family moved to a suburb of Akron, Ohio, around the time he started high school. Socially ostracized, he became an alcoholic. 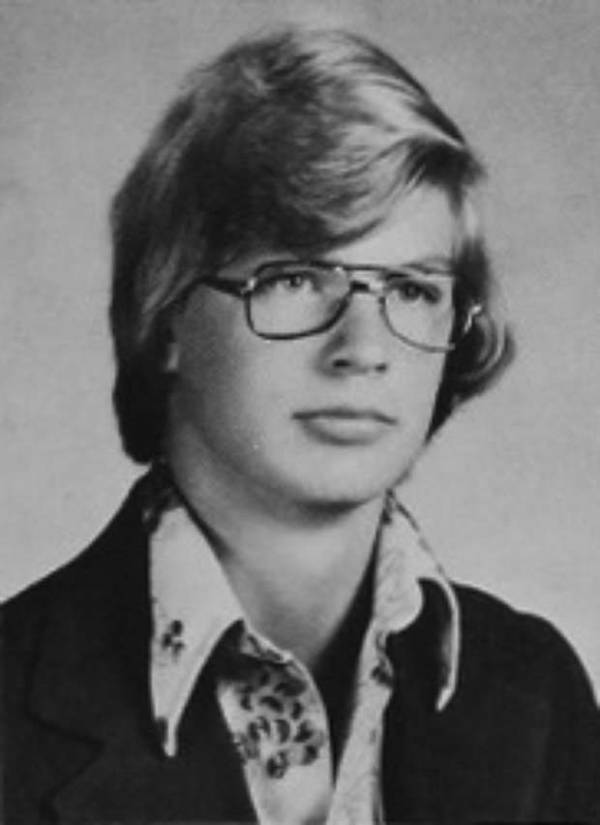 He picked up Steven Mark Hicks, an 18-year-old hitchhiker, and convinced him to come over to his house. When Hicks attempted to leave, Dahmer lost it: he bludgeoned Hicks and strangled him. Dahmer stripped Hicks naked and masturbated on his corpse.

Dahmer then took the body to the crawl space, removed the bones, smashed them into a fine powder, and dissolved the flesh with acid.

Dahmer then briefly served in the U.S. Army, where he drugged and raped two soldiers. On his return to civilian life, he continued to drug and rape men.

His crimes turned deadly once again in 1987 when he met 25-year-old Steven Tuomi at a bar. He claims that he originally intended to drug and rape Tuomi, but he woke up to find his bloodied corpse underneath his hotel room bed.

Later, he spent time in jail for child molestation. Upon his release, he met 24-year-old aspiring model Anthony Sears in a bar and took him home. Dahmer drugged, raped, and killed Sears. He preserved Sears’s head and genitals in jars, the demented trophies of his conquest.

Jeffrey Dahmer talks about his youthful fascination with animal parts in a 1994 interview with Stone Phillips.

Dahmer eventually returned to Milwaukee, and the next two years were the most violent and disturbing of his career. He kept pieces of his victims as trophies, used their bodies as experiments, drilled holes into their skulls while they were still alive, and stored body parts in his fridge to eat later.

Dahmer’s downfall came on July 22, 1991, when he convinced 32-year-old Tracy Edwards to come home with him. Edwards began to fear for his life after Dahmer threatened him with a knife and told him that he was going to cut out his heart and eat it.

Edwards played along, but when Dahmer briefly left himself exposed, Edwards punched him in the face, escaped, and immediately led police to Dahmer’s apartment. They found one of the grisliest crime scenes in the history of American serial killers.

Dahmer admitted to all 17 of his murders and was sentenced to life in prison plus 70 years. He wouldn’t serve most of his sentence, however, because a fellow inmate beat him to death with a metal bar in the prison bathroom on Nov. 28, 1994.

According to his murderer, Dahmer did not defend himself or fight back; he seemed to welcome death.