The Unbelievable Crimes Of America’s 11 Most Infamous Serial Killers 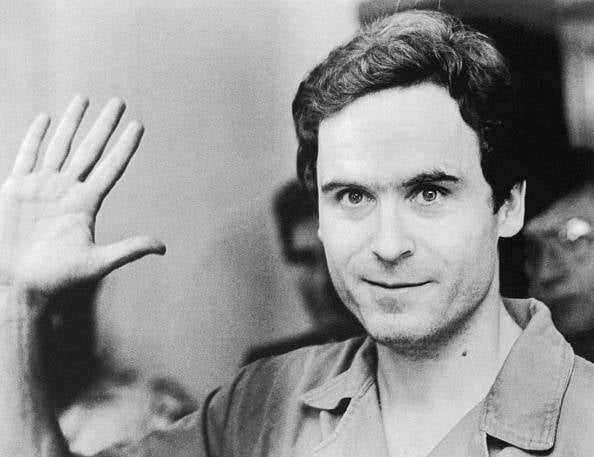 Getty ImagesTed Bundy at his indictment for the murders of FSU coeds on July 28, 1978.

One of the most widely known American serial killers of all time, Ted Bundy still captivates people almost 30 years after his death.

He was born in Vermont, thousands of miles away from the scene of his first murders. Like many American serial killers, Bundy had a complicated upbringing. His mother was named Eleanor Louise Cowell but the identity of his father was unknown, so in order to avoid a scandal, he was raised by his grandmother and grandfather as their own child. Up until his college years, Bundy believed that his mother was his sister.

His grandfather regularly beat both Bundy and his mother, so she eventually took her son and moved away to Washington state. She later married a man named Johnnie Bundy, who adopted Ted as his own son and gave him his last name.

Bundy first killed in 1974 when he broke into the apartment of University of Washington student Lynda Ann Healy. He knocked her unconscious and put her in his car. She was never seen again, but a piece of her skull was uncovered several years later at one of Bundy’s body dumping locations.

Over the next five months, Bundy continued the pattern he started with Healy: raping and murdering his female victims. He attacked students, beat them until they were unconscious, then raped and murdered them. He continued to abuse his victims even after they were dead – Bundy would often dump their bodies in a remote area in the woods and return to have sex with their decaying corpses.

During that time, Bundy abducted and killed five female college students in the Pacific Northwest. His actions did not go unnoticed. Several people, including his ex-girlfriend and a former co-worker, became suspicious of Bundy. Around the same time, though, he was accepted to a law school in Utah and so he moved to Salt Lake City.

Bundy continued to rape and kill in Utah and when he eventually headed to Colorado, he left five more dead women in his wake.

Justice finally caught up with the murderer when the stacks of evidence against him culminated in his arrest in 1975. He was sent to jail for kidnapping and assault, and police managed to tie Bundy to one of his many murders.

Bundy wasn’t going to lie down and take his punishment, though. He was allowed to act as his own lawyer, and in 1977, while in the law library at a courthouse in Colorado, Bundy escaped. Though Bundy was caught just six days later, he had gotten a taste of freedom and wanted more.

Six months later, Bundy escaped prison again. This time he was far more successful. He made his way down to Florida, and just two weeks after his escape, he killed again.

On January 15, 1978, Bundy broke into the Chi Omega sorority house on the campus of Florida State University in Tallahassee. He assaulted and killed Margaret Bowman and Lisa Levy and brutally attacked Kathy Kleiner and Karen Chandler.

After his killings on the FSU campus, police were hot on Bundy’s trail. A bite mark left on one of the victims at Chi Omega connected Bundy to the murders — but police didn’t catch him in time. His final victim was 12-year-old Kimberly Diane Leach, whom he abducted from her middle school. 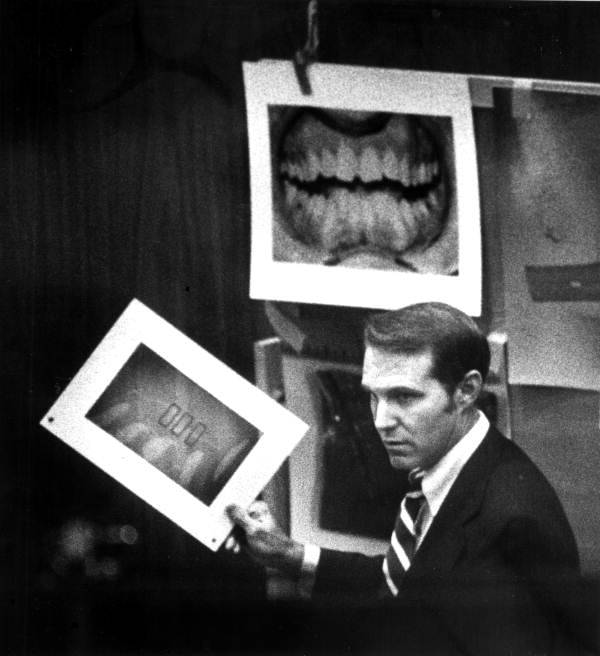 Police finally caught Bundy. He was convicted and placed on death row in Florida. There, Bundy confessed to many of his murders, but the exact number is still unknown. Many believe he killed as many as 30 or 40 women. Bundy’s own defense attorney said he was “absolutely born evil.”

On the eve of his execution, Ted Bundy discusses what made him a killer in his 1989 interview with Dr. James Dobson.

Bundy met his end on Jan. 24, 1989, when he was executed via electric chair in Florida.

At the time of his execution, hundreds of people came together outside of the courthouse to celebrate the death of one of the most deadly American serial killers on record.