Inside Jeffrey Dahmer’s Childhood And The Tragic Life Of His Mother, Joyce Dahmer

Jeffrey Dahmer's mother, Joyce, struggled with mental illness while raising her son and never recovered from the guilt that overtook her once his crimes came to light. 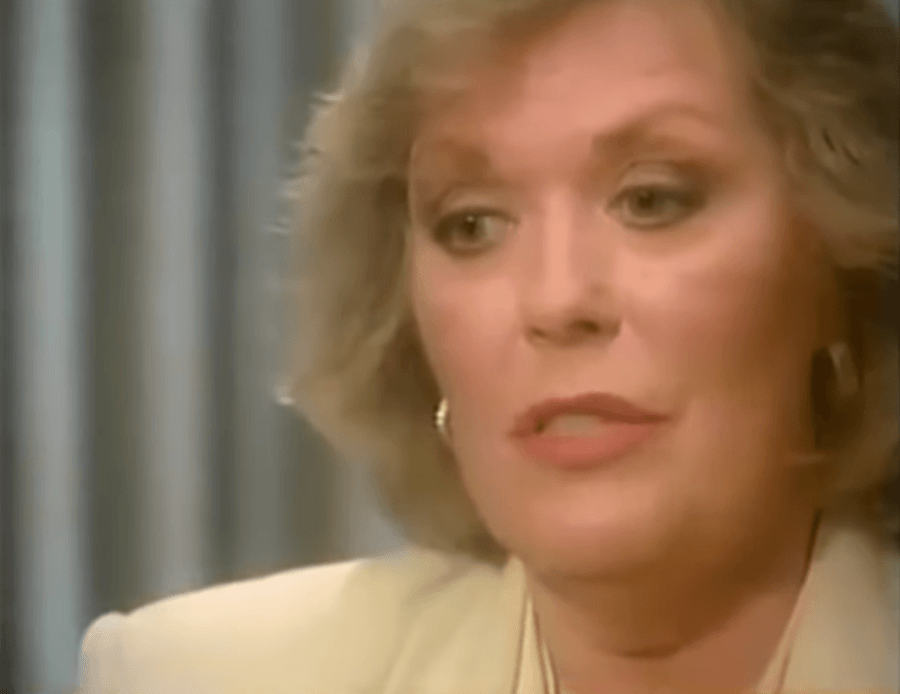 YouTubeJoyce Dahmer insisted that her son showed no warning signs that he would turn into a monstrous serial killer.

When society tried to comprehend the case of Jeffrey Dahmer, the cannibalistic serial killer convicted of murdering 17 boys and men from 1978 to 1991, criminologists turned to his mother, Joyce Dahmer, for insight. Did she create an environment that fostered this behavior? Was there anything she could have done differently? Did her own addictions play a role in turning a veritable monster loose?

This is the true story of Joyce Dahmer — a woman whose story is either tragic or enraging, depending on who and what you believe about Jeffrey Dahmer’s childhood.

So, who were Jeffrey Dahmer’s parents? Joyce Flint was born on Feb. 7, 1936, in Columbus, Wisconsin. Her parents, Floyd and Lillian, were of German and Norwegian ancestry. She also had a younger brother, Donald, who died in 2011. It’s unclear when she got married to Lionel Dahmer, but what is clear is that their first son, Jeffrey, was born on May 21, 1960, in Milwaukee, Wisconsin.

But to classify the Dahmer family as an “all-American” family would be a bit of a misnomer. By Lionel’s own admission in his memoir, A Father’s Story, the family unit was anything but a happy one. Because Lionel was busy with his own doctoral studies, he was often absent from the home. And Joyce Dahmer, according to Lionel, was far from an ideal mother. He alleged that she was on prescription drugs while pregnant to Jeffrey, and was mentally unstable after she gave birth to him.

“As a scientist, [I] wonder if [the] potential for great evil..resides deep in the blood that some of us . . . may pass on to our children at birth,” he wrote in the book. He also alleged that his now-former wife was a hypochondriac who suffered from depression, spent increasing amounts of time in bed, and refused to touch baby Jeffrey for fear of contracting germs and diseases.

But Joyce Dahmer had a very different story. In 1993, she gave an interview to MSNBC wherein she challenged the narrative about her son. Despite his father’s claims that during Jeffrey Dahmer’s childhood he was “shy” and timid, Joyce claimed that there were “no warning signs” of what Jeffrey would ultimately become. And she also claimed that after he was sentenced, he became fatalistic about his prospects.

“I always asked if he was safe,” she told People Magazine. “He’d say, ‘It doesn’t matter, Mom. I don’t care if something happens to me.'”

On Nov. 28, 1994, a fellow inmate and convicted murderer named Christopher Scarver beat Dahmer to death with a metal bar in the prison bathroom. According to Scarver, Jeffrey seemed to accept his fate. The same, however, cannot be said for Jeffrey Dahmer’s parents — especially his mother, Joyce Dahmer, who was racked with guilt about all her son had done.

“I still love my son. I’ve never stopped loving my son. He was a beautiful baby. He was a wonderful child. He has always been loved,” she said at the time.

Jeffrey’s father, however, was a little less sanguine about his son’s legacy. “It is a portrayal of parental dread … the terrible sense that your child has slipped beyond your grasp, that your little boy is spinning in the void, swirling in the maelstrom, lost, lost, lost,” he wrote in his memoir.

After Jeffrey was killed in prison, Joyce Dahmer and her now-ex-husband Lionel waged war in court. Joyce wanted her son’s brain examined for any possible biological factors tying him to his murderous streak. Lionel, who objected, ultimately won out on his request. Jeffrey was ultimately cremated.

But as racked with guilt as Joyce was, Jeffrey didn’t blame her — or his father — for the way he was. Carl Wahlstrom, a forensic psychiatrist who interviewed and evaluated Dahmer and served as an expert witness in his trial, said that the serial killer had nothing but good things to say about his parents. “He said he had very loving parents,” he said. “[And] that blaming [his] parents for these issues was completely off the mark.”

Whether it was the fault of Jeffrey Dahmer’s parents or not, Joyce Dahmer felt guilty enough to attempt suicide. Just months before Jeffrey was killed in prison, Joyce Dahmer turned on her gas oven and left the door open. “It’s been a lonely life, especially today. Please cremate me … I love my sons, Jeff and David,” read her suicide note. Ultimately, she survived the attempt, though it’s unclear how.

David Dahmer, for his part, wanted no part of his brother’s notoriety. According to People Magazine, he changed his name and moved far away from his parents and brother, desperate to escape the legacy that his brother left behind.

What few people were aware of, however, was that Joyce Dahmer had moved to the Fresno, California, area shortly before her son Jeffrey’s crimes were uncovered. Contrary to her husband’s assertion that she was an extreme germaphobe who dreaded disease, she worked with HIV and AIDS patients at a time when they were considered “untouchable,” and continued to work with him after her son was killed in prison.

In fact, when she ultimately died of breast cancer in 2000, at the age of 64, Joyce Dahmer’s friends and colleagues told The Los Angeles Times that they preferred to remember her for the work she’d done with the less fortunate. “She was enthusiastic, and she was compassionate, and she turned her own tragedy into being able to have a great deal of empathy for people with HIV,” said Julio Mastro, executive director of the Living Room, an HIV community center in Fresno.

But Gerald Boyle, who was another lawyer of Jeffrey’s, believed that despite her son’s best efforts to absolve her of responsibility, she carried the guilt of his crimes and the memory of Jeffrey Dahmer’s childhood around with her for the remainder of her days. “It was clear she bore no responsibility,” he said. “She had to live with the idea that she was the mother of a monster, and it drove her crazy.”