Unlocking The Mysteries Of The Georgia Guidestones, America’s Stonehenge

The Georgia Guidestones contain instructions for humans in a post-apocalyptic world, but nobody knows who put them there.

Sometimes called the “American Stonehenge,” the Georgia Guidestones are just as mysterious as their name suggests. These massive slabs arranged into a monument in rural Georgia have confounded writers and tourists for decades. And what we do know about the origins of the Georgia Guidestones hardly makes the picture any clearer.

The man called himself Robert Christian. This wasn’t his real name and only two people ever met him face-to-face: first the granite finisher, then the banker.

When Christian walked into the offices of Elberton Granite Finishing in Elbert County, Georgia, in June 1979, he explained to company president Joe Fendley that he represented an anonymous group who had been secretly planning a stone monument for 20 years and that he’d come to Elbert because their quarries had the best granite on Earth. 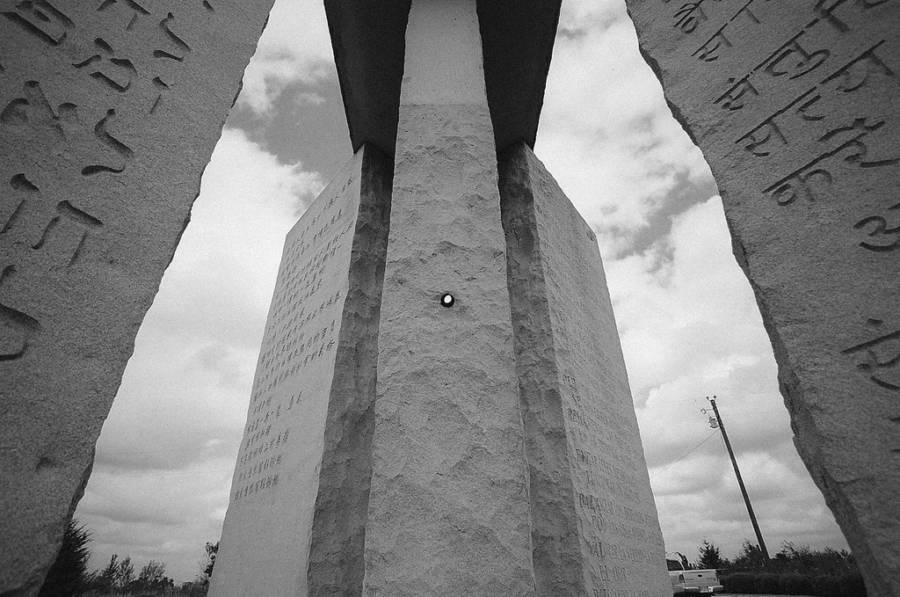 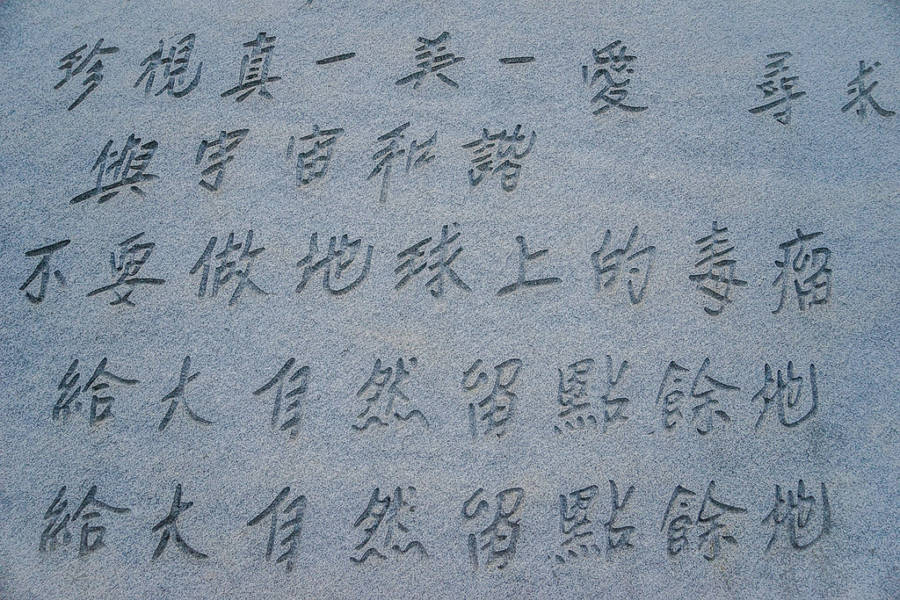 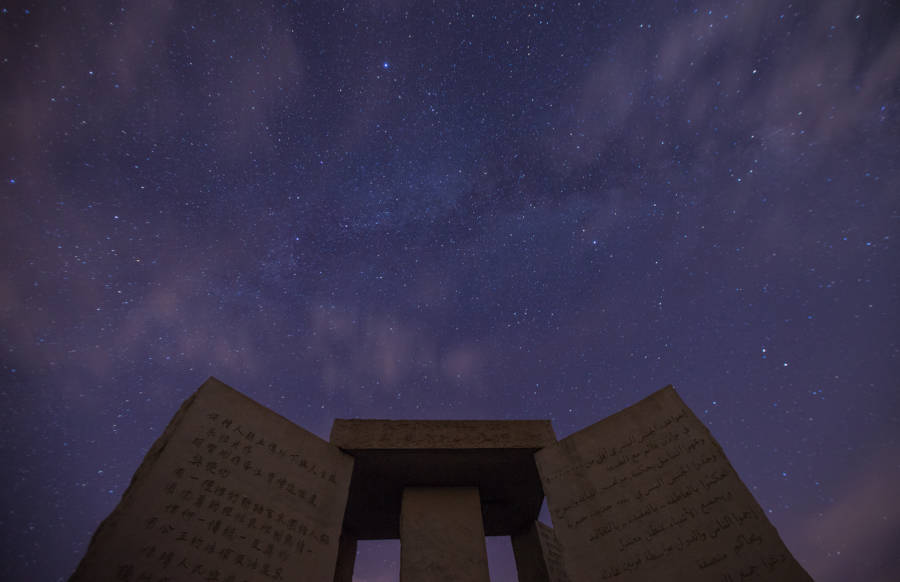 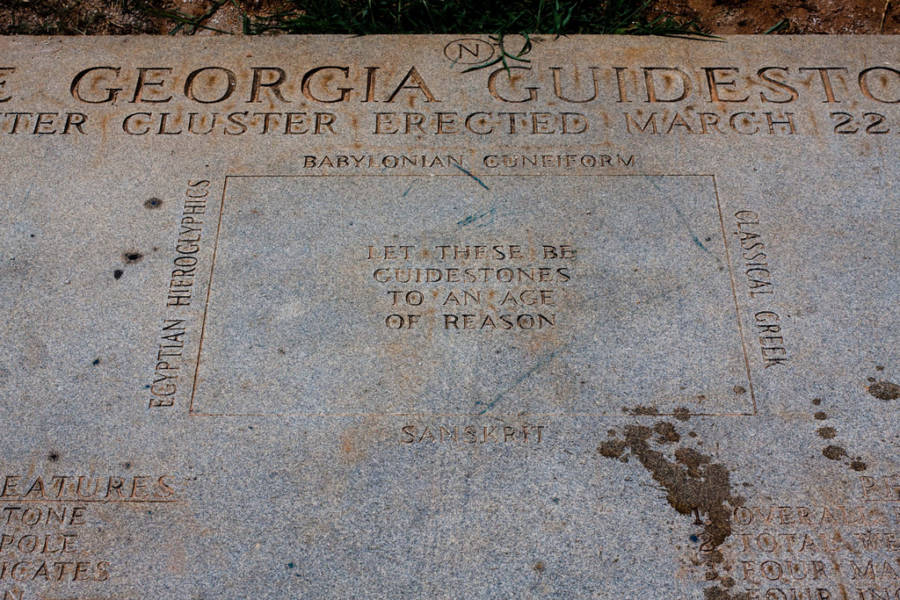 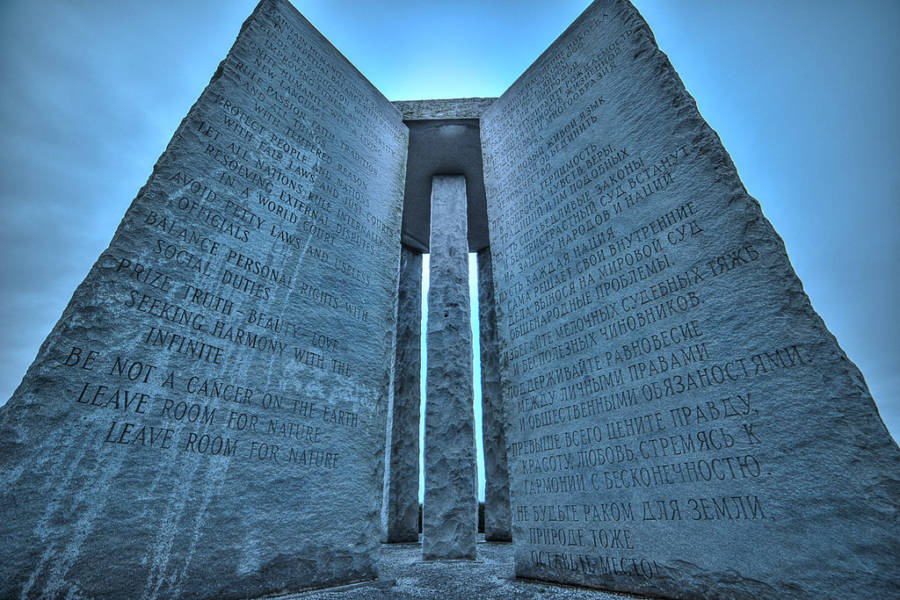 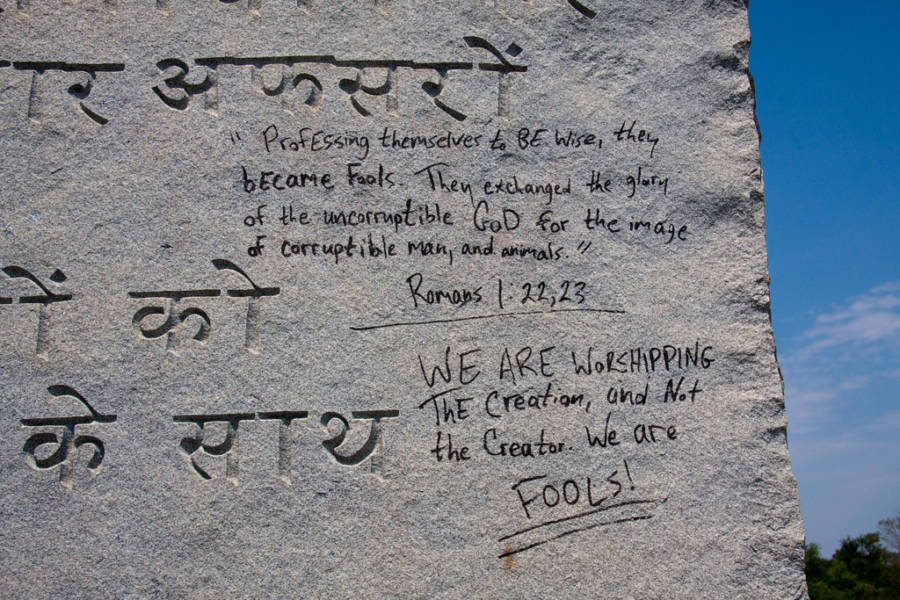 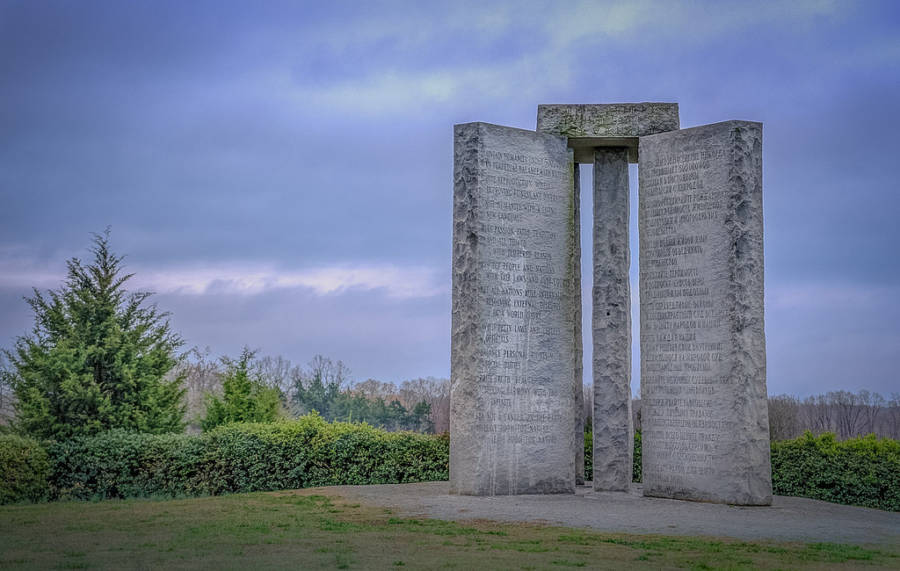 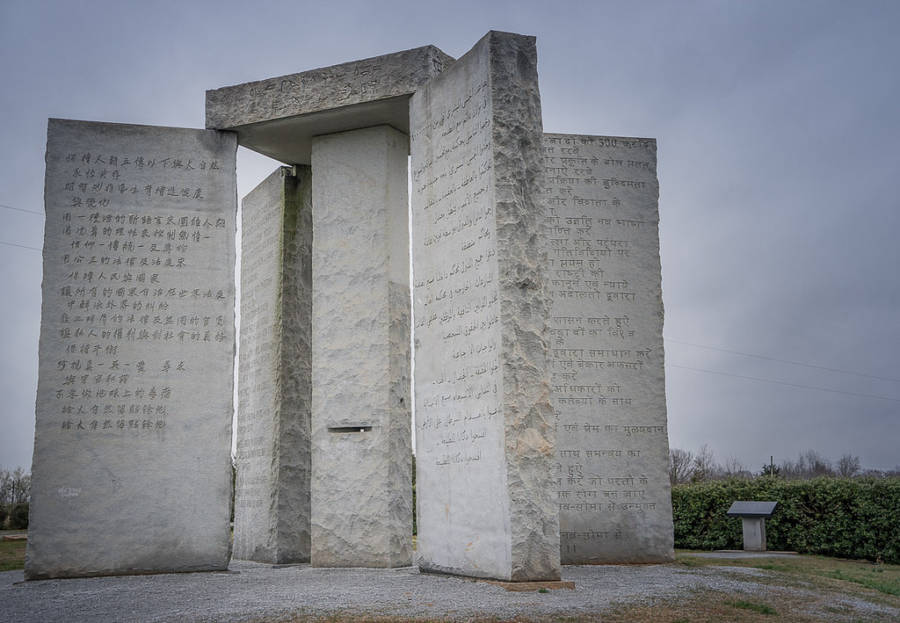 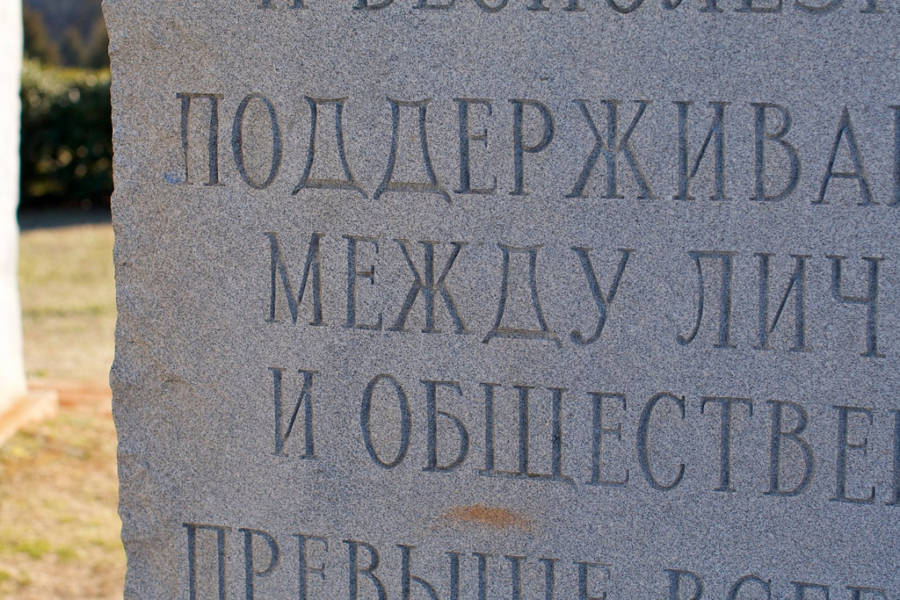 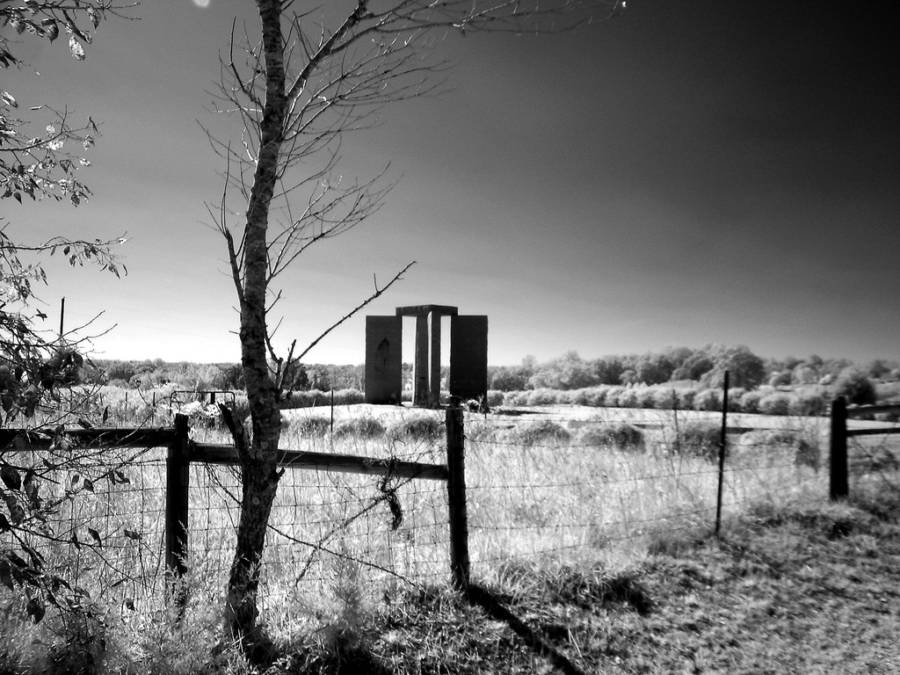 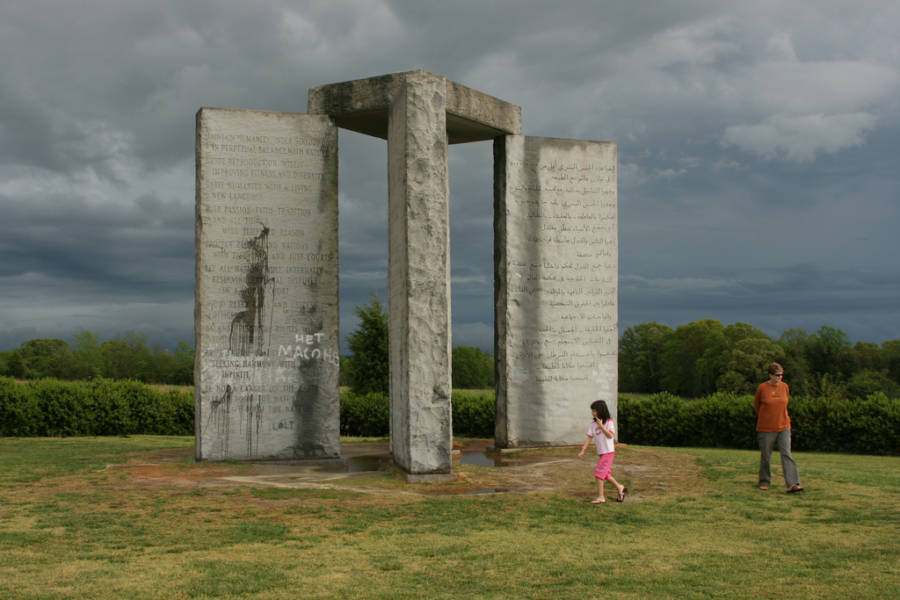 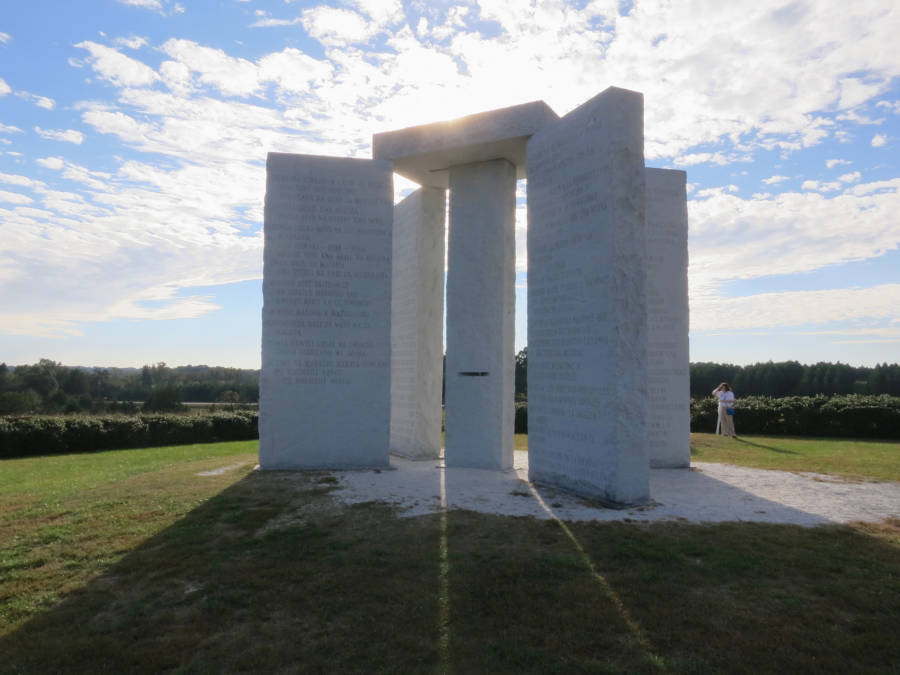 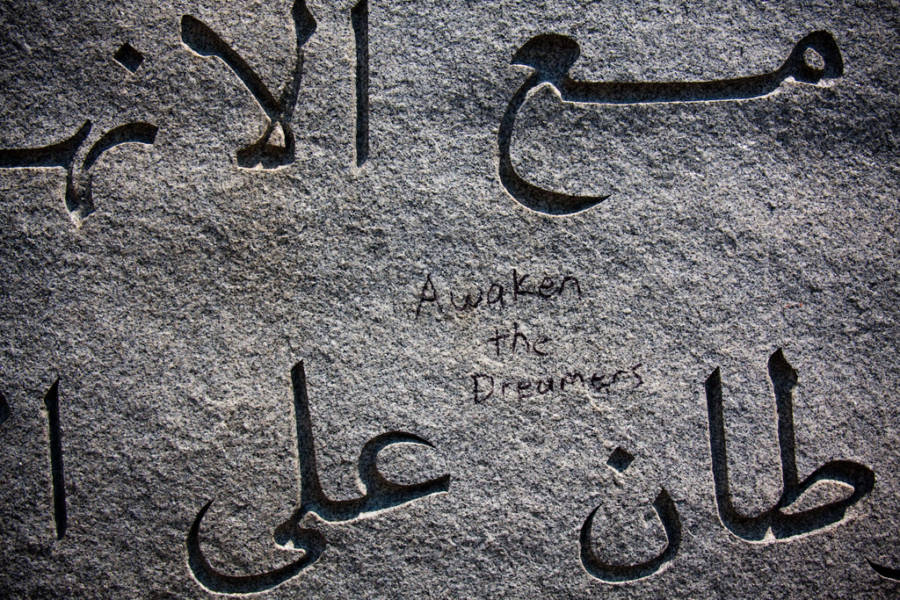 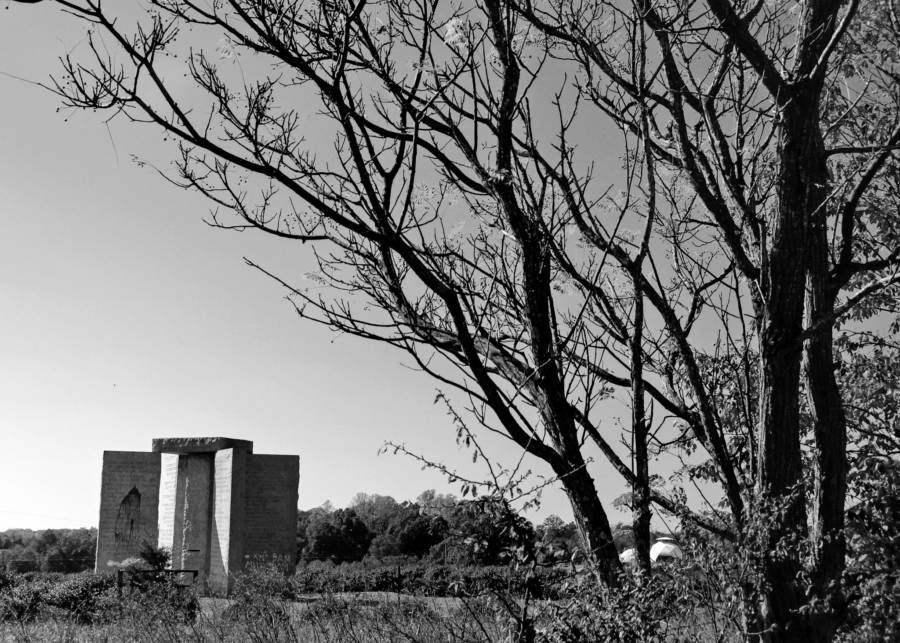 Christian needed such stones, he explained, because he was building a monument that could withstand the end of the world. Human civilization was about to destroy itself, Christian believed, and his monument would provide instructions for whatever was left of humanity after the apocalypse.

"I was thinking, 'I got a nut in here now. How am I going [to] get him out?'" Fendley later said of that first meeting. Get Christian out is precisely what Fendley did, by passing him along to local banker Wyatt Martin on the off-chance that Christian might actually be able to produce the enormous funds necessary for such an enormous project like the Georgia Guidestones.

When Martin insisted that Christian provide his real name in order to keep the transaction above-board, Christian insisted that he only reveal it to Martin, who had to sign a non-disclosure agreement and destroy all the paperwork afterward. Furthermore, Christian gathered the money from a number of banks all across the country so that his origins couldn't be traced.

Martin and Fendley were skeptical, but sure enough, a $10,000 deposit arrived and they soon set to work. Fendley found the stones and helped Christian secure a location for his monument. Once things were underway, Christian stopped by Fendley's office to say goodbye, adding, "You'll never see me again."

From then on, Christian only resurfaced to write letters to Martin in order to ask that ownership of the land be transferred to the county. The letters came from cities all over the country, never from the same place twice.

But with Christian in the wind, construction nevertheless carried on, and by March 1980, the Georgia Guidestones — coming in at more than 19 feet tall and almost 240,000 pounds — were ready to be unveiled.

Now the public would see that the monument was as strange as the man who commissioned it. Just as Christian specified, the Georgia Guidestones featured — in eight languages (English, Spanish, Swahili, Hindi, Hebrew, Arabic, Chinese, and Russian) — instructions for humans in a post-apocalyptic world:

Beyond these instructions, called the "Ten Commandments of the Antichrist" by opponents, the Georgia Guidestones feature astronomical specifications so particular (a hole through which the North Star would always be visible, a slot aligned with the rising sun at solstices and equinoxes) that Fendley had to bring in a specialist from the University of Georgia. In addition to the post-apocalypse instructions, you see, Christian made sure that the Georgia Guidestones could serve as a kind of calendar as well.

But although Christian made his intentions clear, that hasn't stopped conspiracy theorists, vandals, and the like from speculating that the Georgia Guidestones might actually be a landing site for alien visitors, or an edict of the "New World Order" set on controlling the populace through genocide, or a giant monument to Satan, and so on.

As Christian always said, according to Martin, "If you want to keep people interested, you can let them know only so much."

After this look at the Georgia Guidestones, discover the mysteries of crop circles. Then, check out five bizarre structures and findings uncovered by Google Earth.