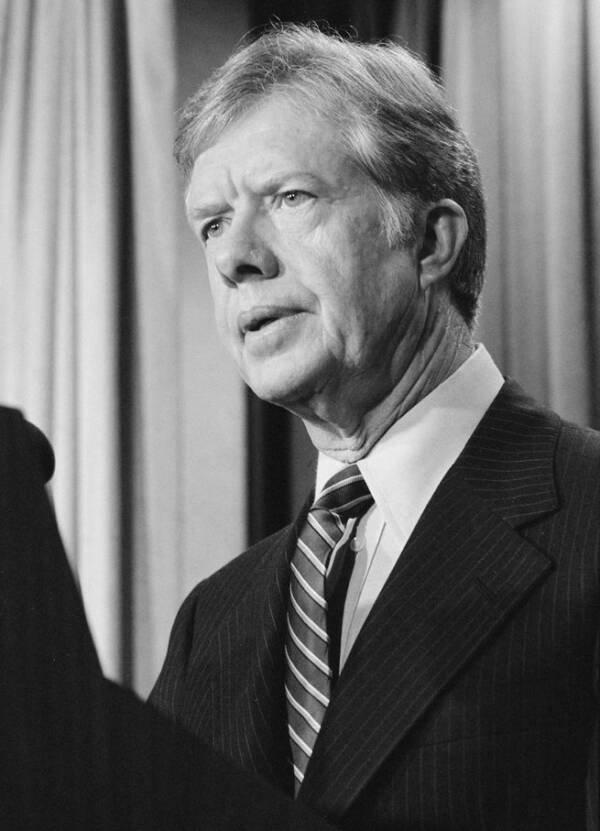 Library of CongressJimmy Carter claims to have seen a UFO in 1969, while he was still governor of Georgia.

Before Jimmy Carter became the governor of Georgia and then the president, he was a typical small-town guy from rural Georgia with a peanut farm. That down-home folksy image was solidified in what has become known as the Jimmy Carter UFO Incident, which came out during the 1976 presidential election.

Jimmy Carter has always stood by his claim that he saw a UFO in Georgia in 1969, although he has been careful not to say he believed it to be an alien spacecraft. He filed an official report about the incident in 1973, when he was still governor of Georgia.

He said the experience led him to have more respect for others who have seen UFOs. And he even promised the American people that if he was elected president, he would release all information regarding UFOs to the public upon taking office.

So what did the 39th president see on that fateful day?

In October 1969, Jimmy Carter was waiting outside of a Lions Club meeting in the small town of Leary, GA. It was about 7:30 p.m. when he first spotted the UFO, which he called “the darndest thing I’ve ever seen. 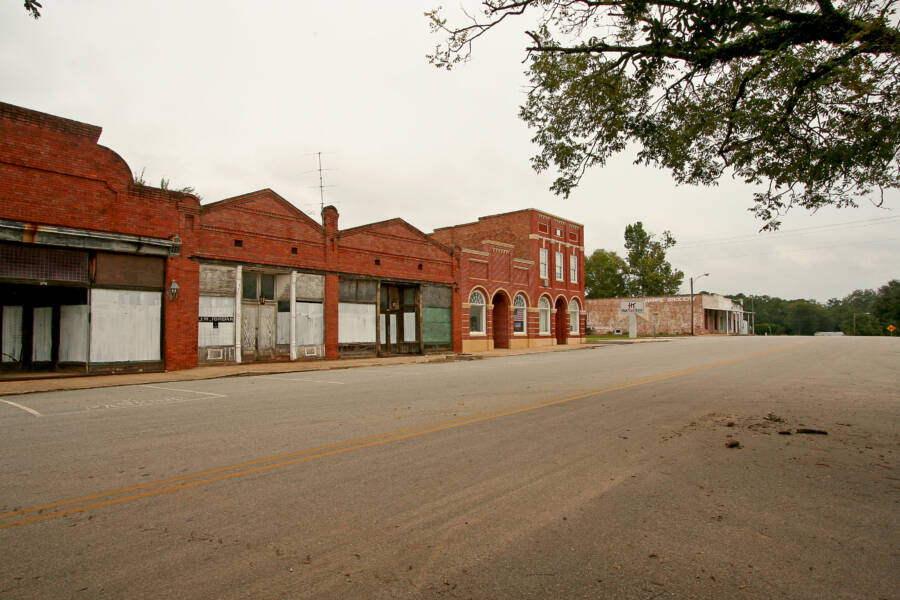 Jimmy Carter’s UFO sighting was backed up by about twenty witnesses who also saw the event, and they described it as “very bright changing colors and about the size of the moon.”

In the September 18, 1973, report he filed with the National Investigations Committee on Aerial Phenomena (NICAP), Carter said the object seemed to have no mass, but it lingered in the air for about ten minutes before disappearing. Over that time, it cycled from a bright blue orb, to red, and white, before receding into the distance.

“There were about twenty of us standing outside of a little restaurant, I believe, a high school lunchroom,” he said. “And a kind of green light appeared in the western sky. This was right after sundown. It got brighter and brighter. And then it eventually disappeared.”

Carter didn’t think much about it again until it came up on the presidential campaign trail.

The 1976 Presidential Race Against Gerald Ford

The 1969 moon landing captivated Americans across the country, and led to a small boom of interest in extraterrestrial life as well. By the 1976 presidential campaign, these questions were so prevalent in the United States that UFOs were taking center stage.

And, as it turned out, both Carter and the Republican nominee, Gerald Ford, had experiences with UFOs. 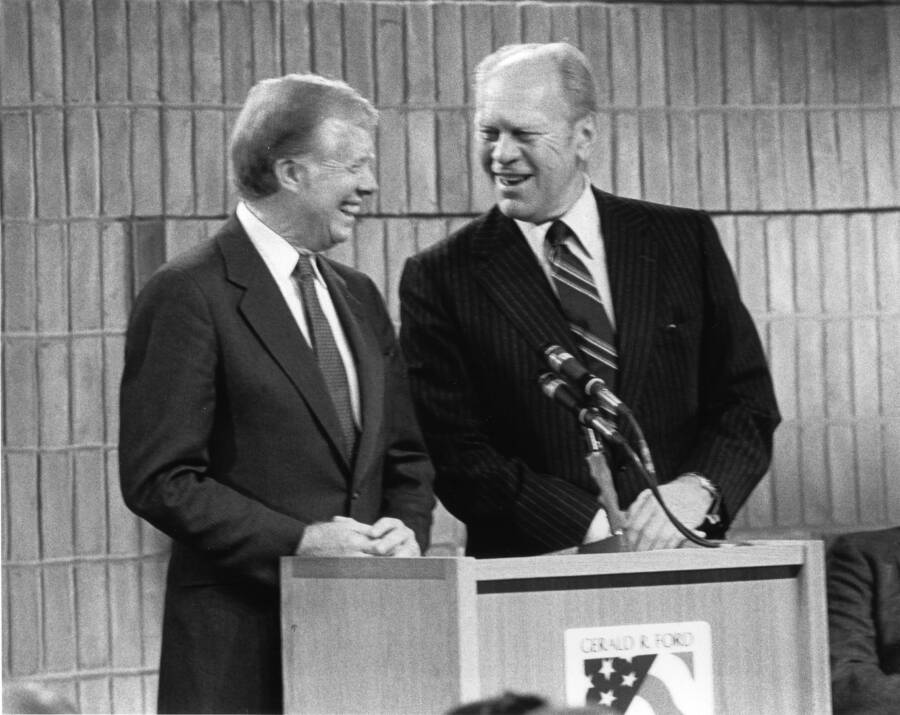 In 1966, Ford, who was then a Congressman from Michigan, was fielding questions from his constituents about some sightings in the night sky.

“Are we to assume that everyone who says he has seen UFOs is an unreliable witness? I think we owe it to the people to establish credibility regarding UFOs and to produce the greatest possible enlightenment on this subject,” he said.

Later, Ford admitted that he’d taken a “special interest” in the Michigan sightings, so much so that he’d requested the Armed Services Committee of the House to convene a meeting on the matter. Although Ford never got his request fulfilled, the matter once again took center stage when he ran against Jimmy Carter in 1976.

Because of Jimmy Carter’s UFO sighting, he had a slightly different take, and brought up his own experience as proof.

“One thing’s for sure, I’ll never make fun of people who say they’ve seen unidentified objects in the sky,” he said.

“If I become president, I’ll make every piece of information this country has about UFO sightings available to the public, and the scientists. I am convinced that UFOs exist because I’ve seen one.”

Did Jimmy Carter See A UFO?

Jimmy Carter continued to demonstrate an interest in UFOs throughout his presidency. He promised to look into the Roswell incident to investigate any potential cover-ups. 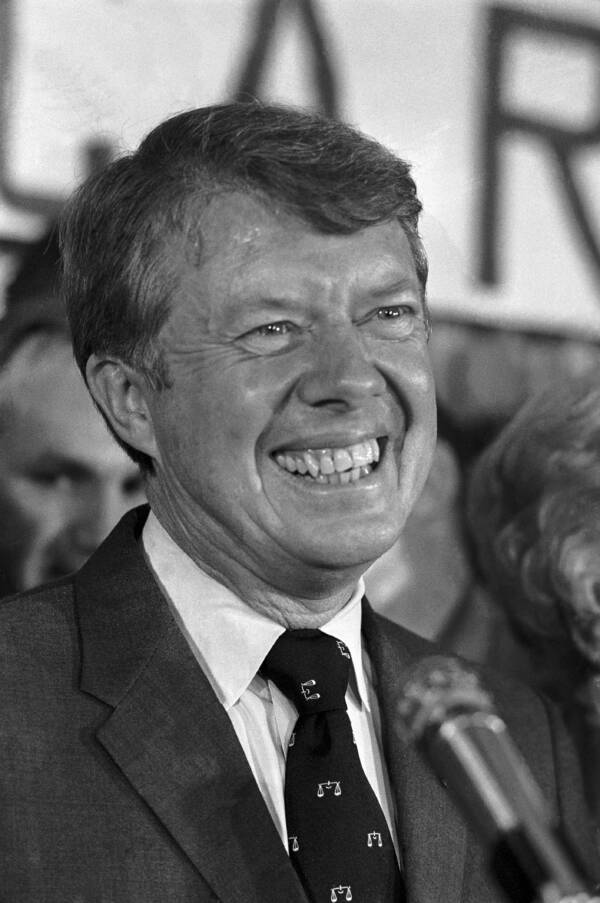 Bettmann/via Getty ImagesJimmy Carter pictured in 1970, just a year after he saw the UFO. Carter always made clear that he saw a UFO, not an “outer-space aircraft.”

An unconfirmed account suggested that then-CIA director George Herbert Walker Bush “told him the full truth” about what the government was hiding about UFOs. That meeting reportedly reduced Carter to tears, although no independent corroboration of this event is known to exist, and Carter has always denied believing in extraterrestrial forms of life.

In 2005, Carter told GQ Magazine that he was able to recount the event with such accuracy in 1973 — four years after the incident — because he’d taken a tape recorder with him that night, and had the witnesses dictate their experience as well.

However, he just stopped short of claiming that the UFO was from outer space:

It was a flying object that was unidentified. But I have never thought that it was from outer space. As far as covering up possible flights from distant satellites or distant heavenly bodies, I don’t believe in that, and there’s no evidence that it was ever covered up. Or extraterrestrial people coming to earth, I don’t think that’s ever happened.

Carter’s grandson, Josh, later told Podcast 561 that after the Jimmy Carter UFO incident, his grandfather made the distinction between an “unidentified flying object” and “an aircraft from outer space.”

But questions around what the 39th president really saw on that fateful Georgia night continue to linger. The most likely explanation comes from Dr. Jere Justus, who believes that Jimmy Carter actually bore witness to a barium tracer cloud.

Citing NASA documents and the former president’s official report, Justus’s claim has been submitted officially to the Jimmy Carter Presidential Library as an explanation for what he saw that night.

Ultimately, and despite promising to release information about UFOs to the public once he became president, Carter declined to do so, citing “defense implications” to some of the information. To this day, Americans are still waiting.

Now that you’ve read all about Jimmy Carter’s UFO sighting, read all about Dulce Base, the New Mexico UFO facility with a disturbing past. Then, read all about the 1969 Berkshire UFO incident that shook a small Massachusetts town to its core.