Inside The Disturbing Mysteries Surrounding New Mexico’s Dulce Base

For decades, ufologists have claimed that extraterrestrials experiment on humans with the military's help inside a secret base underneath the Archuleta Mesa in Dulce, New Mexico. 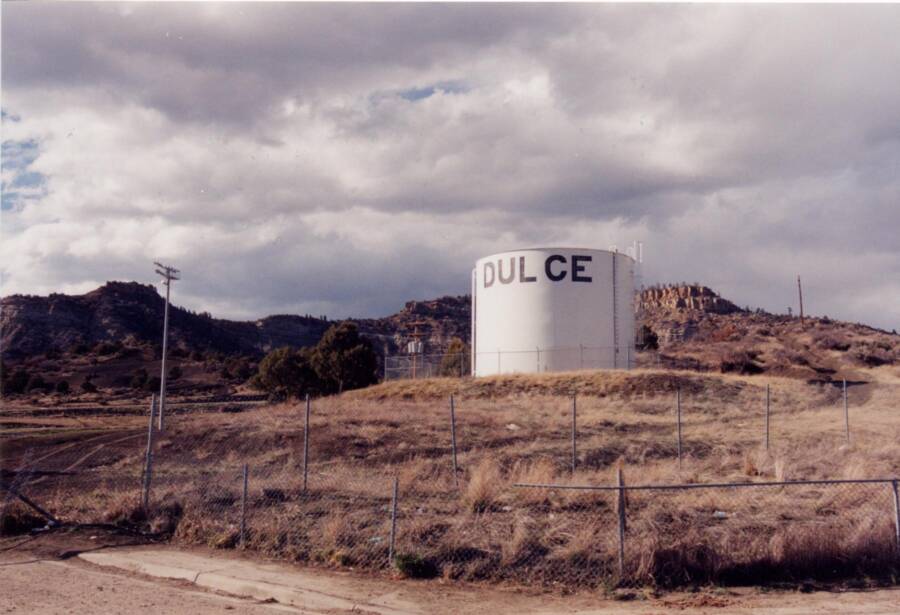 Center for Land Use InterpretationDulce is home to fewer than 3,000 people.

The quaint desert hamlet of Dulce, New Mexico has fewer than 3,000 residents — it doesn’t even have a traffic light. But the unassuming little community is a hotbed for ufologists and alien conspiracy theorists who all believe that below the town is a secret, seven-story military facility known as Dulce Base.

While tales of the unexplained centered around regional deserts are nothing new, the legends of a New Mexico alien base picked up steam in the 1970s. It began with a State Trooper who spotted a strange craft in the sky and mutilated cattle on the ground in Dulce, New Mexico. He also found gas masks nearby, which he believed indicated government involvement.

Perhaps most incredible were the claims of Phil Schneider, an alleged former government engineer, who claimed to have helped build the Dulce, New Mexico, alien base in 1979. He claimed that he and others encountered aliens during the construction, but that military servicemembers engaged in a gun battle with them — and later brokered a peace deal with the beings.

Although no hard evidence has emerged, rumors continue to circulate of strange goings-on in Dulce, New Mexico.

Early Rumors About Dulce Base 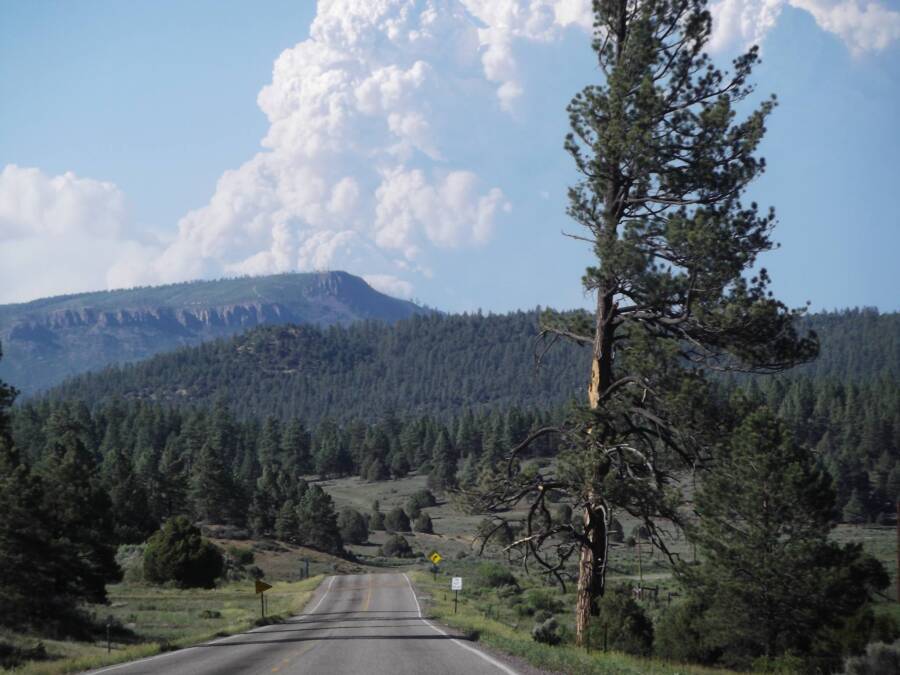 Dulce is home to the headquarters of the Jicarilla Apache Reservation of northern New Mexico and is largely inhabited by Indigenous peoples. Despite its small population, it draws heavy tourism by ufologists, who host an annual “Dulce Base UFO Conference.”

It’s important to note that the existence of the New Mexico alien base itself remains entirely unproven, even as the legends surrounding it are well documented. Stories arose in the mid-1970s with New Mexico State Trooper Gabriel Valdez reporting a series of disturbing cattle mutilations, according to Michael Barkun’s A Culture of Conspiracy.

Valdez claimed to have seen “sophisticated spacecraft” in the Dulce, New Mexico, skies near Where Dulce Base is said to lie — and to have found a mutilated cow with a dead fetus inside. This was no unborn calf, he claimed, and appeared to be a bizarre hybrid that “looked like a human, a monkey and a frog.”

Detritus surrounding the cattle mutilations suggested to Valdez that the government was involved, and that the cattle were not ravaged by wild animals, he said.

Barkun is quick to note that cattle mutilations are often tied to nearby UFO sightings. The political scientist added that the Colorado-New Mexico border region had become one of the most prominent sites in the country for both kinds of reports by the early 1980s. 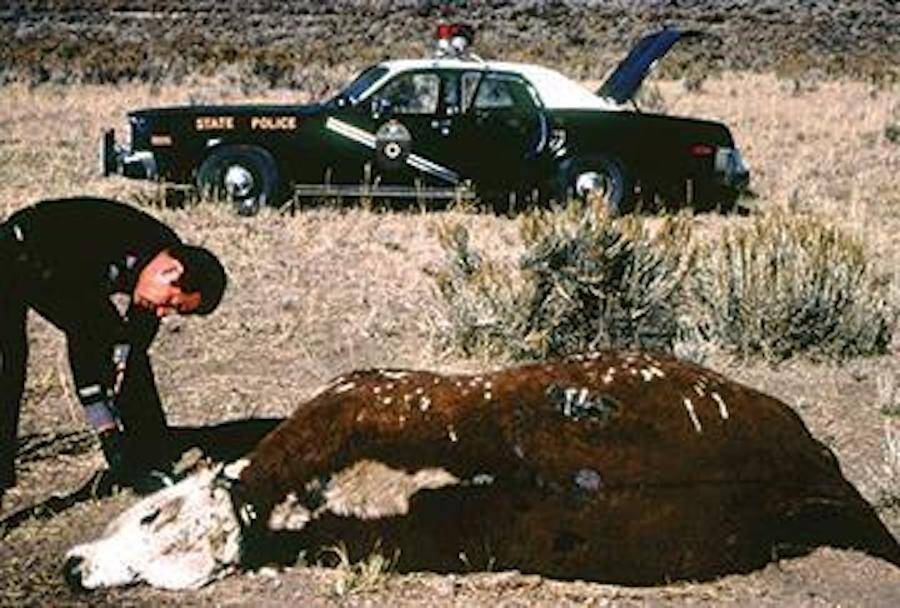 Gabe ValdezGabriel Valdez inspecting a mutilated cow in the 1970s.

The claims reached far and wide and were followed in 1979 by stories from Paul Bennewitz, a physicist and Albuquerque businessman. Bennewitz allegedly intercepted electronic signals in Dulce he believed were emanating from deep below the ground — and directed at a target too high for human activity.

With a growing national interest in both cattle mutilations and claims of electronic signals, the Dulce Base legend was born. Bennewitz in 1982 first posited that the secret base existed. He even published a paper titled “Project Beta” in 1988, detailing how best to infiltrate the facility. 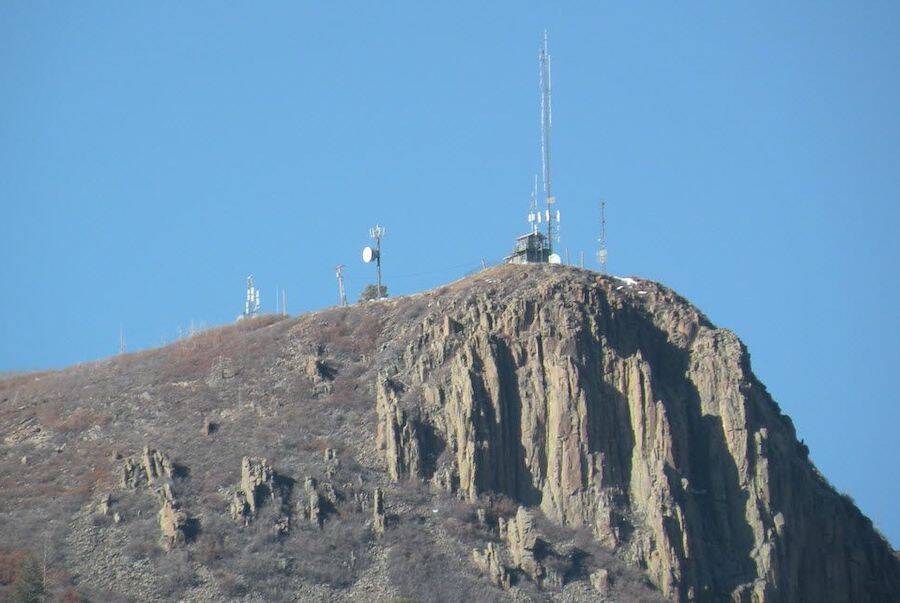 PinterestDulce Base is said to be two miles and seven stories deep.

By May 1990, John Lear claimed to have garnered “four independent confirmations” that the seven-story structure was real. Lear was a former pilot and government man — as well as the son of the inventor of the LearJet — so people gave some credence to his claims. His detailed claims went so far as to describe different species of aliens who allegedly visited earth. Lear’s allegations served as the foundation for further claims about the New Mexico alien base.

Phil Schneider brought Bennewitz and Lear’s claims out of the fringes with his public speeches and bizarre stories about the alleged base. Claiming to be a former government employee and explosives expert, Schneider said that he was involved in the construction of Dulce base.

Perhaps most famous is his 1995 presentation in which he alleged that during the project’s initial stages the military encountered alien entities beneath the ground.

Phil Schneider on the secrets of Dulce base in 1995.

Attendees of the Dulce Base UFO Conference have disagreed, however, whether Dulce Base was built deliberately as a research facility or after a nuclear detonation beneath the New Mexico desert in 1967, when the U.S. government was merely attempting to stimulate subterranean gas reservoirs and encountered the cave-dwelling aliens.

Schneider, however, not only claimed to have seen the beings below, but to have lost several fingers during a firefight between terrified soldiers and frightened alien lifeforms. Both origin stories of the Dulce base legend have the U.S. government encountering various kinds of alien entities and brokering a deal for peace. 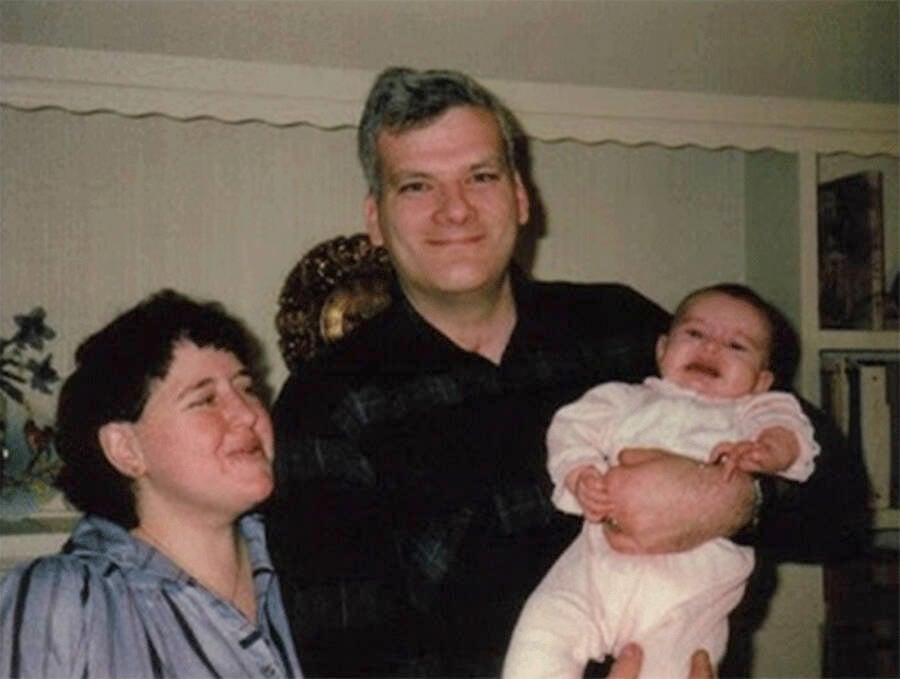 PinterestPhil Schneider died by suicide in 1996 after touring with his claims about Dulce base.

While Schneider claimed that roughly 60 people were killed in the purported firefight below the desert, none of his statements have ever been proven. Nonetheless, he was certainly missing numerous digits while claiming as much. He died by suicide in 1996.

Dulce: Rumors Persist Of The New Mexico Alien Base

There’s no shortage of dubious illustrations of Dulce Base’s layout. So-called experts are confident it reaches seven stories and two miles into the ground, with an increasing military presence the deeper one descends into its bowels.

Each floor is said to be designated for specific research — from mind-control on human beings to genetic experiments resulting in alien-human hybrids. Some diagrams even claim that Grey and Reptilian aliens have their own housing, while employees allegedly claimed that the sixth floor — the so-called “Nightmare Hall” — was the most terrifying of all.

The History Channel on Dulce base.

It is here, allegedly, where the screams of human victims being experimented upon echo through the corridors. Schneider claimed that conflict between various factions of aliens and the military eventually broke out, and that Dulce Base is merely one of 129 hidden facilities of its kind in the United States.

Schneider and his supporters have alleged that the United States’ so-called “black budget” likely folds in the secret research at these alleged facilities. The “black budget” is classified military spending, and has been estimated to range between $50 and $80 billion, according to numerous reports.

Ultimately, UFO sightings in the U.S. have yet to cease or even slow. It was only recently that the Pentagon admitted that Air Force footage of unidentified aerial vehicles was real — and that the Navy drafted new guidelines on how to report these phenomena.

For Dulce residents, there’s nothing new under the sun.

“The whole town of Dulce, whoever you want to talk to, they’ll tell you what they’ve seen,” said Geraldine Julian, who claimed to have seen UFOs since the 1960s. “It’s not just a fairy tale. All the things are true, and I believe every last one of them, too, because I’ve seen it myself.”

After learning about the Dulce Base, read about the alleged underground time-travel experiments of the Montauk Project. Then, learn about Skinwalker Ranch, a reported hotbed of paranormal activity in Utah.