In a heart-wrenching tragedy nearly a decade old, the family of seemingly perfect PTA mom Diane Schuler still struggle to piece together what happened.

It was 12:58 on the afternoon of July 26, 2009. Warren Hance received a phone call. His 36-year-old sister Diane Schuler’s number appeared on the caller ID, but when he answered, his own young daughter was on the line. Hance listened intently as his worried 8-year-old Emma explained that aunt Diane was having trouble seeing while driving and wasn’t speaking clearly. Diane Schuler herself then got on the phone and described being disoriented; her vision foggy.

Panicked, Hance told Schuler to pull over and stay off the road. He was on his way and would meet them shortly. But by the time he arrived at the scene, Schuler had left, and tragedy was on the horizon. 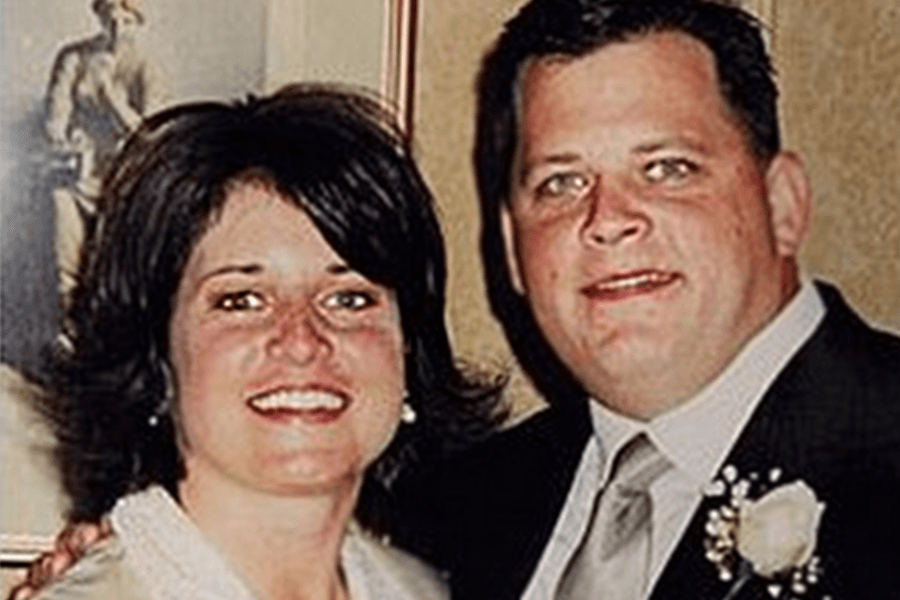 YoutubeDiane Schuler and her husband Daniel on their wedding day.

In 1934, a bus on its way from Brooklyn to Sing Sing prison in Ossining, New York drove off an embankment and plunged into a ravine. The bus was instantly engulfed in flames, ultimately resulting in the loss of 20 lives. For the next 75 years, almost to the day, this tragedy would be Westchester County’s worst automobile accident — one that the population hoped they’d never come close to again.

Until Diane Schuler came along.

Schuler had begun her day with seemingly good intentions. She and her husband Daniel had been camping for the weekend with their children and nieces at the Hunter Lake Campground in Parksville, New York. They prepared the family to head home to West Babylon on that late-July day.

Around 9:30 a.m. Diane, along with her 5-year-old son Bryan, her 2-year-old daughter Erin, and her three nieces (8-year-old Emma, Emma, 7-year-old Alyson, and 5-year-old Kate) left the camp. They piled into her brother Warren’s red 2004 Ford Windstar minivan, while her husband Daniel followed behind in a truck with the family dog.

Along the route home, the minivan party participated in several road trip rituals; stopping at McDonald’s and several gas stations. So far, it seemed just as it was — a typical New York family heading home after a camping trip. 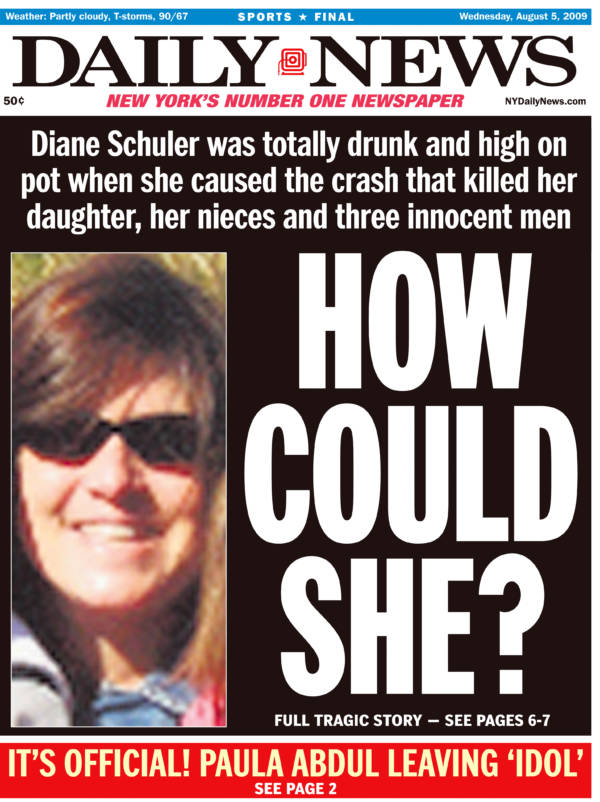 Around 11 AM, however, the trouble started.

As Diane Schuler was making her way down the New York Thruway, she called her brother Warren to tell him they were being delayed, as traffic in the area was heavy.

However, at the same time that Diane was reporting heavy traffic, other motorists on the NY Thruway were reporting a different series of events. According to several eyewitnesses, a minivan was driving aggressively on the highway, tailgating, flashing their headlights, honking their horn, and straddling two lanes. Other witnesses reported seeing a minivan pulled over on the side of the highway with a woman bent over next to it who appeared to be vomiting.

Two hours later, Warren Hance would receive his daughter’s worried phone call. The specifics of what happened in Diane Schuler’s car after the phone call are unknown and have been pieced together through witness accounts and toll information.

Shortly after placing the call to Hance, Schuler made it across the Tappan Zee Bridge and onto the Taconic State Parkway. For reasons unknown or perhaps unintentionally, Schuler then left her phone on the side of the highway — and drove off. 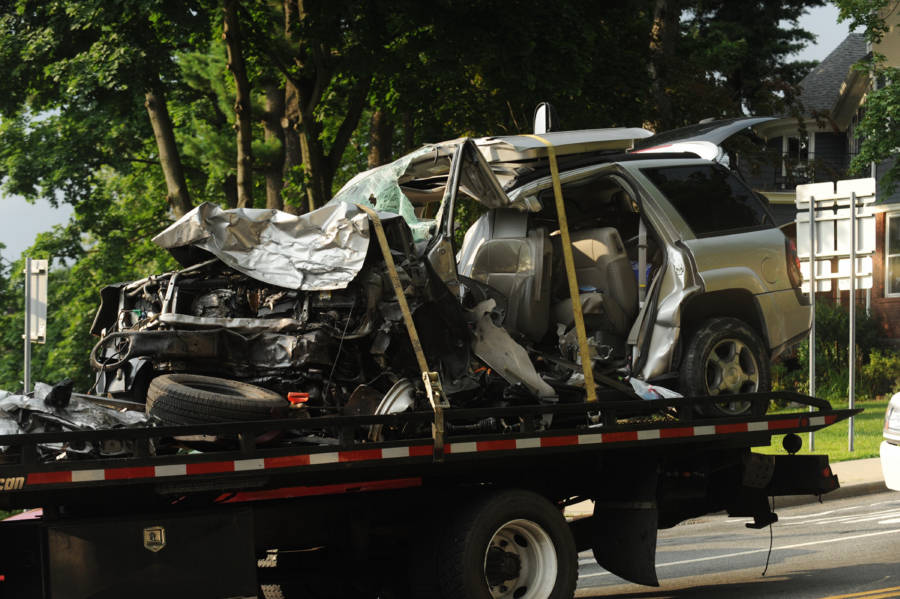 Eight people, including four children, were killed in the three-car head-on collision July 26, 2009 in Briarcliff Manor along the Taconic State Parkway.

Seven of the 11 people involved in the crash were pronounced dead at the scene. One would later die at the hospital, bringing the total number of fatalities to eight.

Diane Schuler, her daughter, and two of her nieces were likely killed instantly. The children had been in the backseat, but were not secured in car seats, nor did they appear to have been wearing seatbelts. The three passengers of the Trailblazer, 81-year-old Michael Bastardi, his 49-year-old son Guy, and their friend, 74-year-old Dan Longo were also likely killed on impact.

The two passengers in the Tracker received only minor injuries.

Schuler’s 5-year-old son Bryan and one of her nieces initially survived the crash and were taken to a local hospital. Though he suffered from severe head trauma and several broken bones, Bryan would ultimately survive his ordeal. Unfortunately, the niece would not.

Of those that responded to the crash, the first two were fellow drivers who had witnessed the ordeal. As soon as they saw what had happened, they rushed to help — pulling Schuler and her kids out of the van. They almost missed Bryan, as he was under his siblings and cousins.

As they pulled Diane Schuler out, they reported seeing a large bottle of Absolut Vodka broken on the floor of the driver’s side — a report that would be taken into account when the medical examiner performed his autopsy.

The following investigation determined that Diane Schuler was heavily intoxicated during the time of the crash. Her toxicology report showed that her blood alcohol level was at 0.19 percent (over double the legal limit of .08 percent), with another six grams of alcohol sitting in her stomach yet to be absorbed. In addition to being drunk, Schuler also had high levels of THC in her system; enough to suggest she could have smoked marijuana as recently as 15 minutes before the crash.

Investigators noted that the toxicology report lined up with the vodka bottle found at the scene. It also explained the handful of witnesses who had reported seeing Schuler driving erratically, those claiming to see a woman vomiting on the side of the road, and the daughter’s phone call claiming Schuler was having trouble seeing and thinking clearly.

Diane Schuler’s family, however, denied all allegations of intoxication — and several people Schuler had interacted with over the course of the morning backed up the family’s claims.

“Unless you believe that a woman who’s like a PTA mom of the year decides this is the day I don’t give a damn, I’m going to have eight or ten shots and smoke a joint in front of my kids and nieces, then something else had to happen,” said Daniel Schuler’s private investigator. 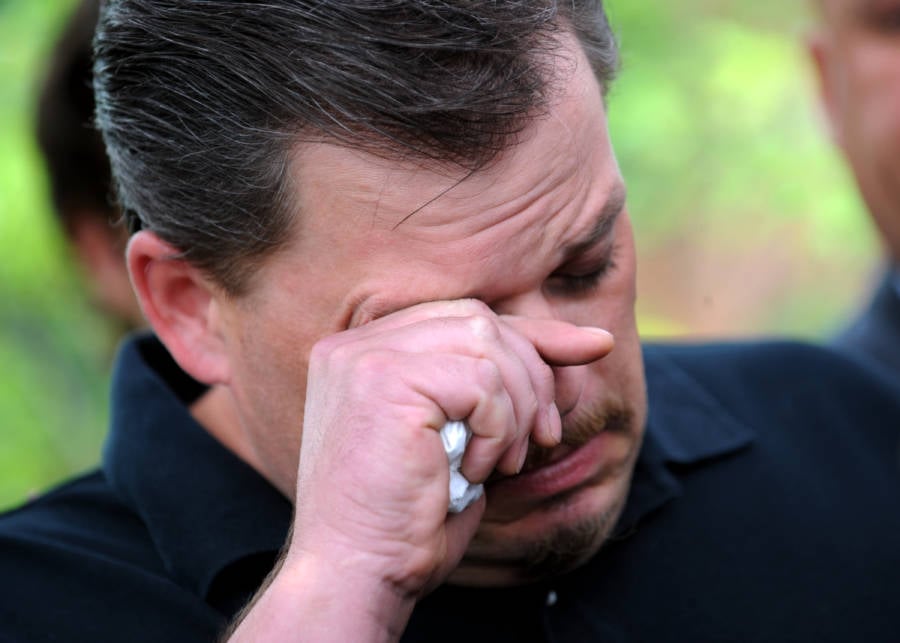 The Hunter Lake campground co-owner, who was also a friend of the Schulers, spoke with Diane before she departed and claimed that she appeared sober. A gas station employee from whom Diane Schuler had attempted to buy over-the-counter painkillers vigorously denied that she had been drunk.

“I know for a fact she wasn’t drunk when she came into the station,” he said in a news report. “She was fine, but she did ask for Tylenol.”

Schuler did not end up purchasing the painkiller, as the station was sold out of it. Then it was thought that Schuler may have had an abscessed tooth, as she’d been seen rubbing her cheek — although she hadn’t complained of pain.

The McDonald’s employees also denied that Schuler was intoxicated, and in fact, reported she carried on a coherent and lengthy conversation while she waited for her order.

Over the course of the investigation, Daniel Schuler eased up on his initial claims that his wife never drank during their camping weekend. He ultimately admitted that there had been drinking during the weekend, but that Diane had not had anything to drink during the day prior to the accident.

Daniel also revealed that his wife smoked marijuana “occasionally” but never to excess and only for insomnia. But later reports revealed a statement made by Daniel’s sister that claimed she smoked on a regular basis.

In an attempt to prove that his wife had not been intoxicated, Daniel Schuler and his attorney issued a statement that claimed Diane Schuler had been driving erratically due to a medical issue — such as a stroke — rather than intoxication. They even suggested she could have had an embolism or a heart attack, though all claims of medical issues were refuted by the autopsy report.

Eventually, despite the Schuler team’s efforts, investigators ruled the crash a homicide after claiming the deaths were caused by negligent driving. Due to the crash and the publicity of it, the governor of New York David Paterson proposed the Child Passenger Protection Act, which would make it a felony to drive while intoxicated with a child under the age of 16 in the car.

Today, Daniel Schuler continues to refute claims that his wife is anything short of the perfect woman. He recalls her as “reliable, trustworthy, honest,” and denies her victim’s families’ claims that she was “a murderer.”

None of her friends or family members believe she’d knowingly put any children in danger. Daniel is still trying to prove there was a medical reason for her actions.

“She was just nice, loving, kind,” he says. “She bought cards for birthdays”.

After this look at the tragedy of Diane Schuler, check out the sinister google searches this mom made shortly before her autistic son was found dead. Then, read about John Jairo Velasquez, the hitman nicknamed “Popeye” who killed more than 250 people.