The Pentagon officially confirmed the leaked UFO footage is real — and they still have no idea what these objects are. 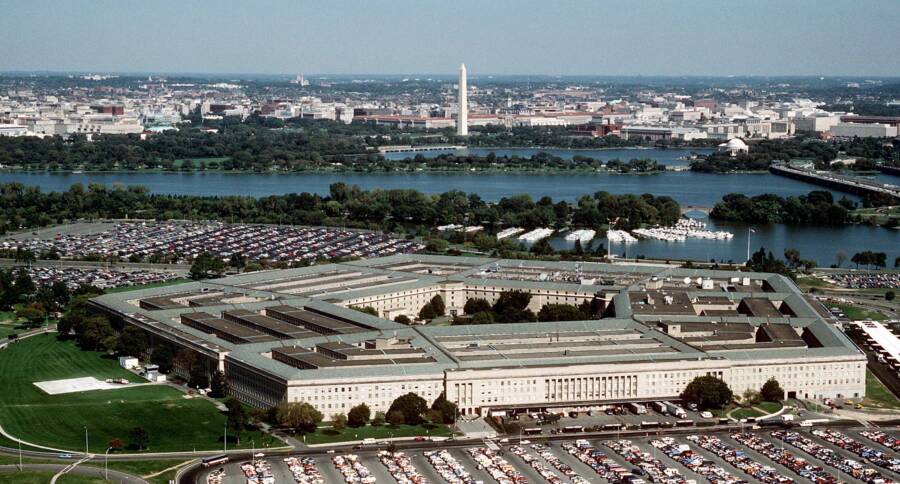 In 2007 and 2017, leaked U.S. Navy footage of rapidly moving UFOs stunned the world. Last year, the Navy announced it was drafting new internal guidelines for reporting on these matters — and on Monday the Pentagon authorized the release of these videos itself.

According to CBS News, the three videos now officially released by the Pentagon show interactions with what are now called “unidentified aerial phenomena,” or UAP. The first was recorded in 2004, while the other two were captured in January 2015.

Both leaks came a few years after each incident, and the footage circulated online ever since. According to Defense Department spokeswoman Sue Gough, the Navy verified their authenticity long ago — but has come to the conclusion that formally releasing them isn’t dangerous.

“After a thorough review, the department has determined that the authorized release of these unclassified videos does not reveal any sensitive capabilities or systems, and does not impinge on any subsequent investigations of military air space incursions by unidentified aerial phenomena.”

The 2004 incident was originally covered by The New York Times in 2017, and occurred about 100 miles out in the Pacific. It was a routine training mission, though their investigation of an unidentified aircraft didn’t turn out to be so ordinary.

What the two fight pilots encountered was an oblong object measuring 40 feet long. It not only hovered 50 feet above the water, but it darted unreasonably fast into the sky before rapidly flying away.

“It accelerated like nothing I’ve ever seen,” one of the pilots said in 2017.

After witnessing the frankly inexplicable phenomena, the pilots left to meet at a prearranged rendezvous point 60 miles away. They were only 20 miles into the journey when the ship radioed them — and said the UAP was at that very rendezvous point.

It had managed to get there — to a location 60 miles away — in “less than a minute.” 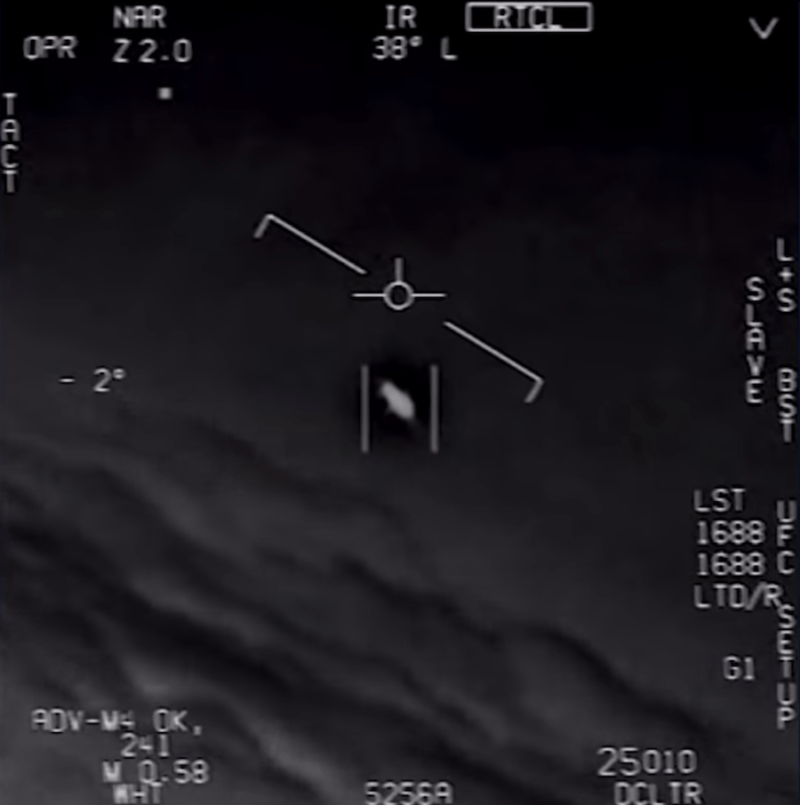 Department of DefenseSome politicians, like Sen. Harry Reid (D-NV), said that “the American people deserve to be informed.”

The two other videos, both captured in 2015, showed objects performing equally confounding maneuvers. In one instance, an object races through the sky and begins rotating in midair. The fact that it spun against extreme gusts of wind only made the encounter more remarkable.

“Dude, this is a f—ing drone,” one pilot said during the incident, while another added that “there’s a whole fleet of them.”

“They’re all going against the wind,” the first pilot remarked. “The wind’s 120 knots to the west. Look at that thing, dude! It’s rotating!”

In the second video from 2015, the infrared cameras clearly captured one of these objects speeding over the ocean. The pilot’s concluding remark put it most succinctly:

Ultimately, that is precisely the question the public has been dealing with — not only in the last few years, but for quite a few decades now. From the Battle of Los Angeles and the Phoenix Lights to the Rendlesham Forest incident — there’s something in our skies, and we don’t know what it is. 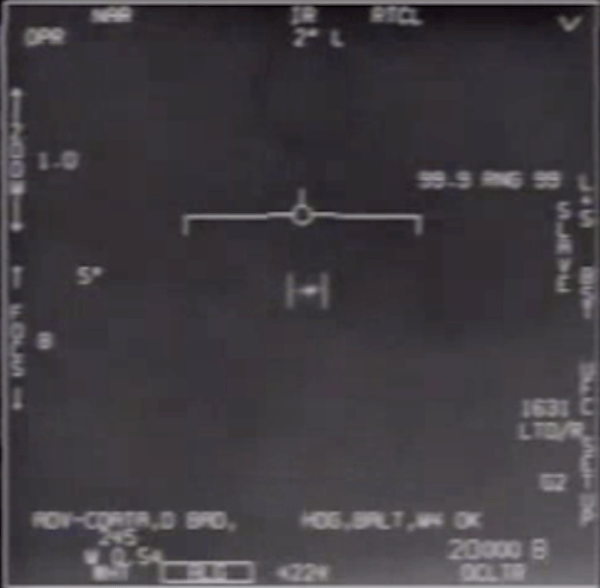 Department of DefenseThese objects have been observed making inexplicable turns in mid-air, zipping across the oceans, and appearing in locations dozens of miles away within seconds.

The Navy was practically forced to draft new guidelines on how to report on these incidents when an increasing amount of pilots encountered unexplained objects. The five pilots who witnessed them in 2015 said they had multiple interactions in 2014 and 2015, from Virginia to Florida.

The Pentagon, meanwhile, had already been closely studying these encounters under a program from 2007 to 2012 — a timeframe gladly presented to the public. This latest official release, according to Gough, was agreed upon in order to address any questions about their authenticity.

“DOD is releasing the videos in order to clear up any misconceptions by the public on whether or not the footage that has been circulating was real, or whether or not there is more to the videos,” she said. “The aerial phenomena observed in the videos remain characterized as ‘unidentified.'”

Perhaps at some point in the near future, the public will get real answers as to what exactly these objects are.

Some scoff at the notion they could be interplanetary. Others are confident these are inter-dimensional in nature, while others believe this is an advanced technology developed by the government not disclosed yet to the public. Whatever they are — they’re up there.

After learning about the Pentagon formally releasing three U.S. Navy UFO videos to address questions about their authenticity, read about the Roswell incident and attempts to find logical answers. Then, learn about the mysterious history of Area 51, from U-2s to UFOs.