Explorer George Murray Levick was both excited and shocked to discover the extreme sexual displays he saw among Antarctic penguins. 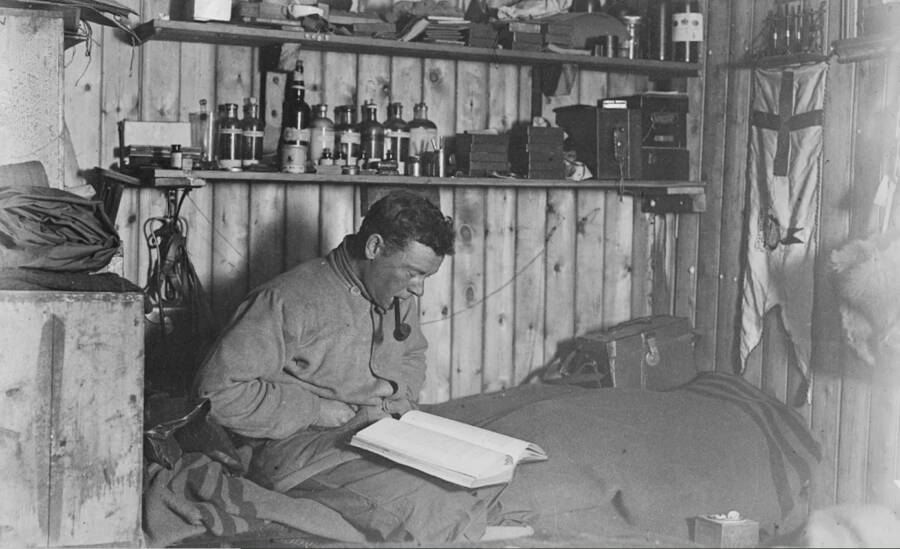 In 1910, the daring Terra Nova expedition to Antarctica launched with surgeon and zoologist George Murray Levick on board to document the barren environment’s wildlife.

His resulting journals detail the crew’s dangerous journey of survival through the Antarctic, as Levick camped on the ice for seven months in 1912. But the notebooks also contain writings on the peculiar sexual behavior Levick witnessed among the area’s Adélie penguin colony.

The penguins’ sexual behaviors were so extreme that Levick felt compelled to jot them down in his notes using coded language.

As the Guardian reports, Levick was shocked by what he observed among the penguins — sexual behaviors that had never been recorded by scientists before, such as homosexual behavior and non-procreative sex among unpaired partners.

According to Douglas Russell, a senior curator of birds at London’s Natural History Museum which newly acquired the scientist’s century-old notebooks from the Terra Nova expedition, Levick was completely drawn to these flightless birds. 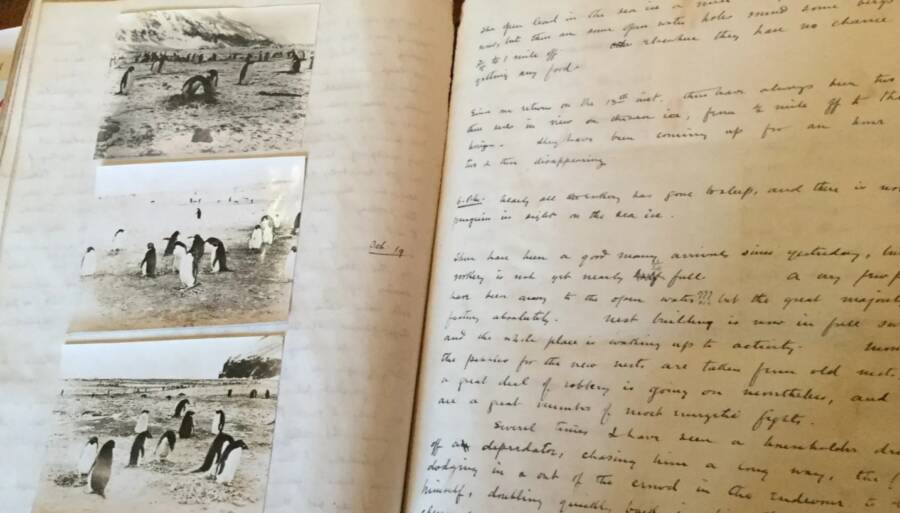 NHM LondonGeorge Murray Levick’s original notebooks are now owned by the Natural History Museum in London where they are displayed.

“He becomes completely obsessed with the Adélie penguin colony,” Russell said. “One of the greatest joys in reading the notebooks is that, when the first birds arrive, you can tell the mounting excitement that he has. It is palpable in the pages…it blows his mind.”

He was particularly taken aback by the extreme sexual behavior displayed by the young male Adélie penguins that he referred to as “hooligan cocks.” Levick wrote that these young males took part in depraved sexual activities, like rape, necrophilia, and the sexual and physical abuse of chicks.

Some of the sexual behaviors were so shocking that — perhaps motivated by his Edwardian notions about sex — Levick was compelled to document these “perverted” penguin activities in his scientific notebooks using Greek alphabet code which could only be deciphered at the time by men of a certain education.

After Levick returned home to England in 1913, he submitted his findings to be published but it was difficult to have such “graphic” research disseminated among the public in the early 20th century.

The official published paper omitted Levick’s section on the penguins’ sexual behavior. The censored section was later published to a select group of scientists by Sidney Harmer, head of the Natural History Museum back then, who made 100 copies of the section for special circulation.

While the extreme sexual behaviors described by Levick are commonly observed among Adélie penguins by modern scientists, they were not quite accurate given the limitations of zoology at the time. What Levick determined as necrophilia, for example, was not really that. 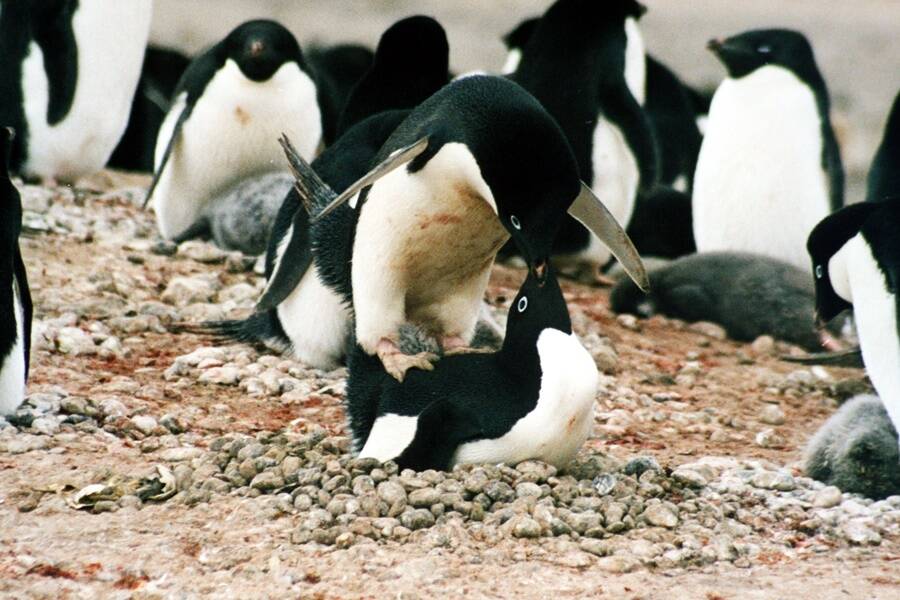 “What is happening there is not in any way analogous to necrophilia in the human context,” Russell explained in a past interview about the contents of Levick’s notebooks.

“It is the males seeing the positioning that is causing them to have a sexual reaction…They are not distinguishing between live females who are awaiting congress in the colony, and dead penguins from the previous year which just happen to be in the same position.”

But Levick’s journal on Adélie penguins is not the only account of unusual sexual behavior found among the species. In 1998, a study on the Antarctic birds found partnered females prostituting themselves to other males in exchange for stones, which they use to build their nests.

But, according to Russell, “Depraved was the only word he had to describe what he saw. But there are no depraved penguins.”

Ridley Beach on Cape Adare where Levick conducted his observations is still home to roughly 335,000 Adélie penguins, the largest known colony in the world. Sadly, the supercolony may not last for much longer due to the environmental changes that threaten the penguins’ natural habitat.

Levick’s early findings were re-interpreted by modern scientists like Russell and his colleagues and published in the journal Polar Record in 2012. Now, the original manuscript of Levick’s journals belongs to the London museum which announced the purchase of the historic items in late April 2020.

“The importance of original manuscripts cannot be underestimated as they add crucial contextual and scientific data to our existing collections,” Russell said of the new acquisition.

The anouncement was made in conjunction with World Penguin Day which falls on April 25.

Next, read about how a penguin became the colonel-in-chief of the Norwegian king’s guard and how penguin poop is so pink and plentiful that it can be seen from space.