Satellite images of penguin poop in Antarctica allowed researchers to make an important discovery about the Adélie colonies there.

There’s a specific species of Antarctic penguin that has uniquely-colored feces. In fact, that penguin poop has such a unique color, and is so plentiful, that it can actually be seen from space.

Adélie penguins that live along the coast of Antarctica and on the nearby islands have a diet that consists of tiny pinkish crustaceans called krill.

According to Vox,, these penguins eat so much krill that their poop becomes pink. That pink poop stains everything — from the terrain where the Adélie penguins live to their own bodies.

And there’s so much pink penguin poop that it can be seen in satellite images.

Moreover, these pink poop stains provide incredibly useful information to researchers studying the behavior of Adélie penguins. The penguins are hard to spot via satellite. But because the poop stains are visible, researchers are able to know where these penguin colonies reside. 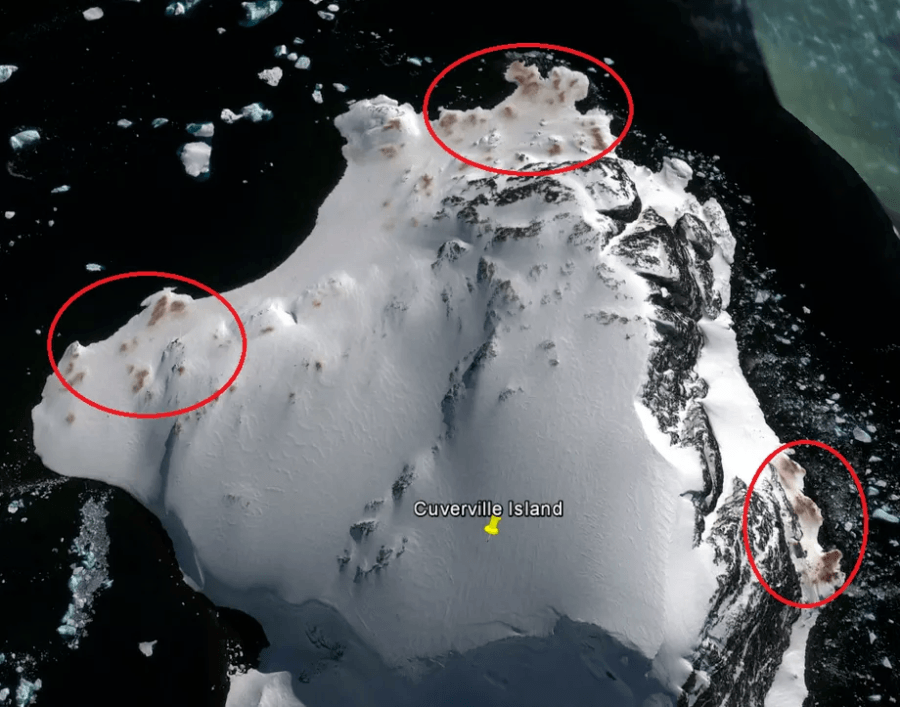 Penguinmap.com/Google EarthA satellite image of penguin poop indicating the presence of the colonies on the Danger Islands.

“We thought that we knew where all the [Adélie] penguin colonies were,” said Heather Lynch, an ecologist at the Stony Brook University, at the American Geophysical Union conference on Dec. 11.

The discovery of the additional Adélie penguin colonies happened by accident, according to Live Science. Researchers spent 10 months embarking on what they thought was a pan-Antarctic survey of the penguins by observing all of the satellite image available of the continent.

Then, NASA-developed software that detects certain anomalies was used to scan the already-existing images and began to detect these large pinkish spots on the continent’s icy surface, specifically on a group of islands called the Danger Islands.

The pixels that the software was able to spot on the Danger Islands were ones that “we as human annotators had simply just missed,” Lynch explained.

“We don’t see individual penguins in the satellite imagery. But we do see this pinkish stain left on the landscape by their guano. And we can work out from the area of the guano stains how many penguins must have occupied that site.”

Lynch says that she believes her team of researchers missed the Danger Island penguin colonies because they “hadn’t expected to find them there.”

The Danger Islands are not the safest islands to travel to, as is evidenced by their appropriate name. The islands are often covered with a thick layer of ice that prevents researchers from properly surveying the area. 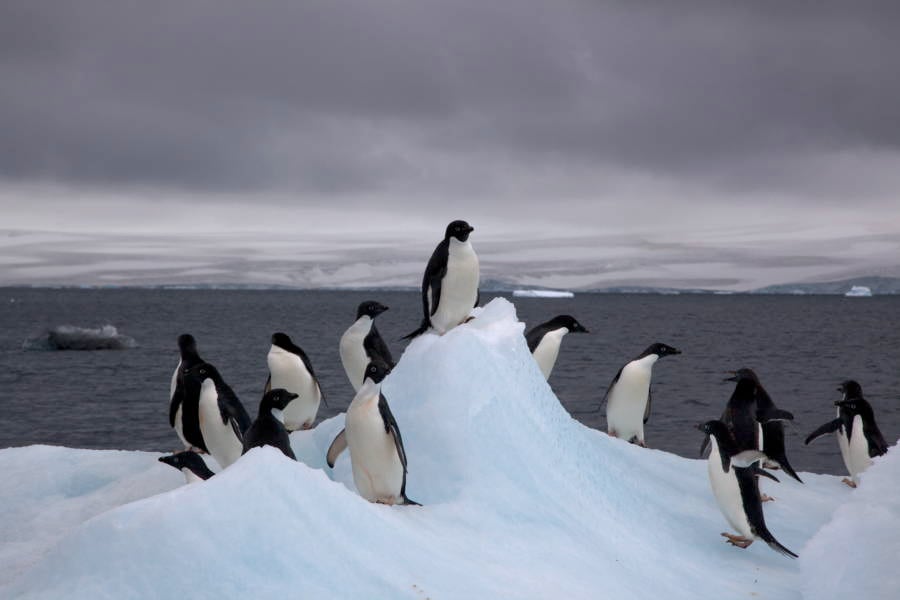 Wikimedia CommonsAdélie penguins on an iceberg.

But after the penguin poop stains were detected, Lynch and her research team had reason to travel there to complete a thorough analysis.

As it turns out, there are more penguins that live on the Danger Islands than anywhere else in the whole of Antarctica.

This revelation is a pleasant surprise for researchers. Apparently, Adélie penguins have been hit hard by climate change, and their population has been steadily declining over the past 40 years.

The team’s research found a population of 1.5 million Adélie penguins living on these islands. Although that might sound like a huge number, it’s not as significant as it once might have been.

Lynch believes that the Adélie penguin population likely peaked somewhere in the 1990s and “has been on a slow but steady decline ever since,” diminishing my approximately 10 or 20 percent.

Now that Lynch and her team have uncovered these new Danger Island colonies, she says “that we want to be able to protect it, and that involves trying to understand why the populations may have changed.”

“We continue to discover new penguin colonies from satellite imagery every time we look,” Lynch says. “And I’m sure there are more out there.”

After this look at the study of penguin poop, read about how climate change may be responsible for completely wiping out this penguin colony. Then, discover 31 interesting facts about penguins — everyone’s favorite flightless bird.