Meet Oliver Sipple, The Vietnam Veteran Who Saved President Ford’s Life — And Was Punished For It

After disarming an assassin, Oliver Sipple was hailed a hero. But the ensuing media storm outed him as gay and upended his entire life.

One morning in September 1975, 33-year-old ex-Marine Oliver Sipple went for a walk around his San Francisco neighborhood. Within moments, he found himself saving the life of U.S. President Gerald Ford from a deranged female assassin.

Sipple was hailed as a national hero for disarming the shooter, but his heroism was just as quickly overshadowed by scandal when a journalist reported on his homosexuality. Sipple hadn’t even told his family yet.

The national attention would upend his life.

Who Was Oliver Sipple? 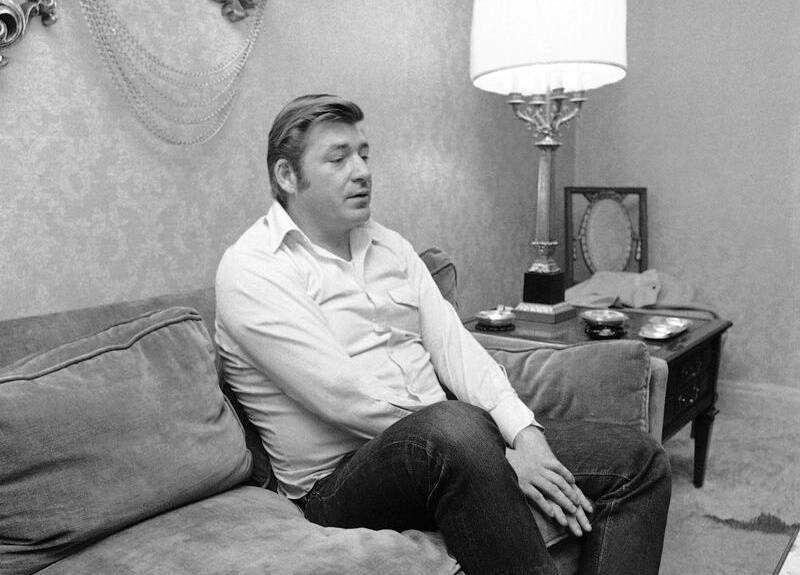 Associated Press/AP ImagesOliver Sipple in his apartment shortly after his historic rescue.

Oliver “Billy” W. Sipple was born in Detroit, Michigan, in 1941. He was part of a large family — one of eight siblings — and raised by parents who were devout Baptists.

Sipple had a complicated upbringing. He was dyslexic which made school difficult and he also learned early that he was gay, a fact that would have upset his religious parents. Sipple was forced to hide his sexual identity from his family.

Eventually, he dropped out of high school and joined the U.S. Marines where he served a tour in Vietnam and was wounded twice — once in the head.

At the time, the U.S. military had not enacted its “don’t ask, don’t tell” policy which allowed gay members to enlist only if they kept their sexual identity secret. Sipple remained closeted anyway.

Upon his discharge in the ’70s, Oliver Sipple moved to San Francisco where there was a burgeoning gay scene. 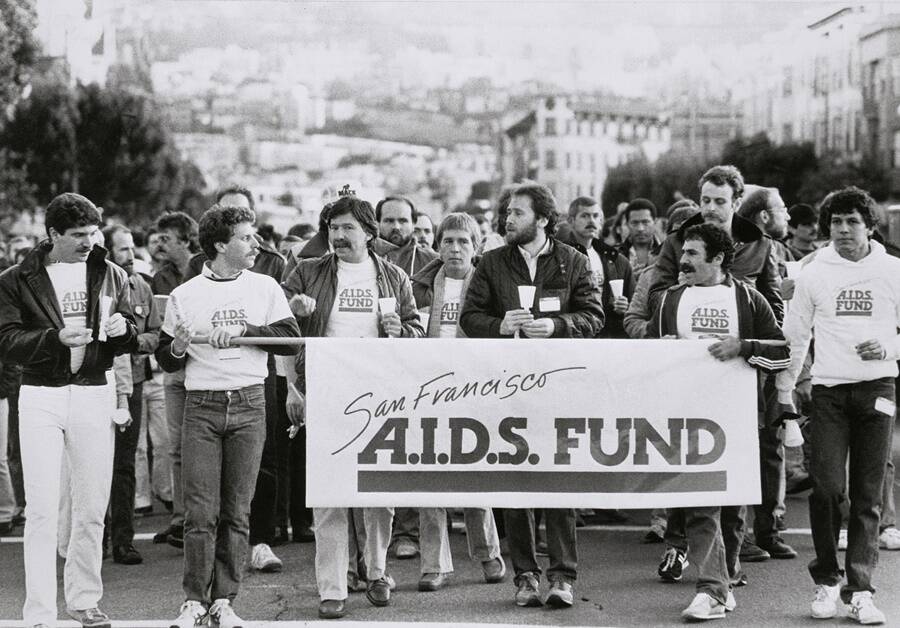 Sipple immersed himself in the Bay Area’s gay community. He dove into politics, joining the political campaign for Harvey Milk who became the first openly gay elected official in California.

But these years of living safely and comfortable as his true self would come to a halt after one chance encounter involving the President of the United States. 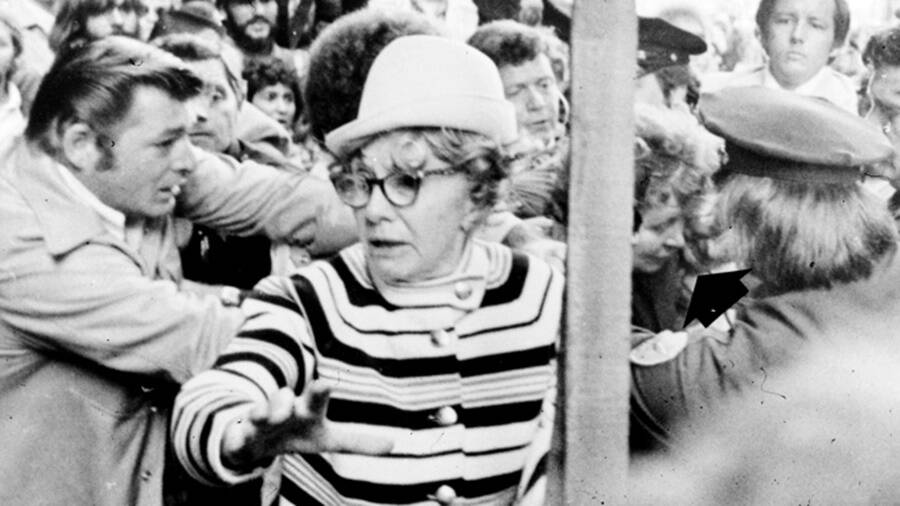 On Sept. 22, 1975, Oliver Sipple went out on his usual walk around the neighborhood of Union Square in downtown San Francisco.

That day the streets were busier than usual as President Gerald Ford had made an appearance at a conference at the St. Francis Hotel. Throngs of crowds amassed outside to greet the president after the event.

As Oliver Sipple was making his way through the people, he saw a woman whip out a .38-caliber pistol. Acting on impulse, Sipple swiftly knocked the weapon out of the woman’s hand, causing a bullet to ricochet into the crowd of 3,000 people, minorly grazing a nearby taxi driver. 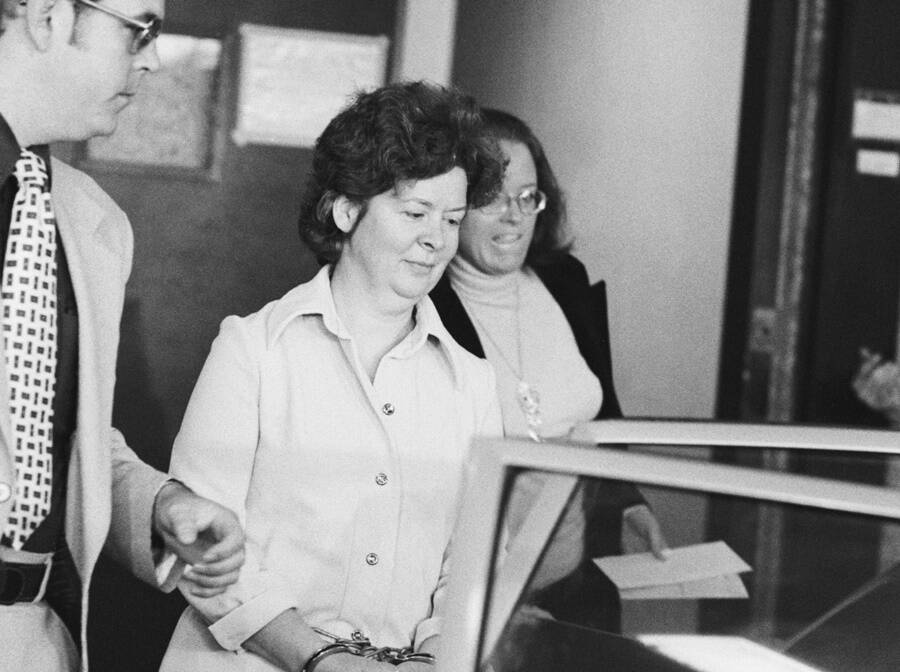 Getty ImagesSara Jane Moore was an accountant and mother of four when she was arrested for attempting to kill the president.

Thanks to Sipple’s quick thinking, the assassin was foiled and the shooter, later identified as Sara Jane Moore, was sentenced to life in prison.

It wasn’t the first presidential assassination attempt on Ford, though. An earlier attempt had been carried out only a few weeks prior by a Charles Manson acolyte named Squeaky Fromme.

Oliver Sipple’s quick thinking made him an instant hero and local newspapers began to investigate his background to flesh out their stories on his brave deed.

President Ford recalls the attempt made on his life by Squeaky Fromme in 1975.

But Sipple reportedly called several news outlets before they printed their stories about him, begging them not to use his real name or address.

“I’m not a hero, I’m a live coward,” he told the press. “It’s probably the scariest thing that ever happened in my whole life.”

The media soon learned that Sipple was gay and decided they would release that information.

News that the Republican president’s savior was a homosexual rocked the public. Worse still, Sipple’s family was still unaware of his sexual orientation.

“He just was astounded that some columnist and then the rest of the media would just take it upon themselves — without ever asking him — to publicize these personal facts about him,” Sipple’s attorney John Wahl reported in 1989. 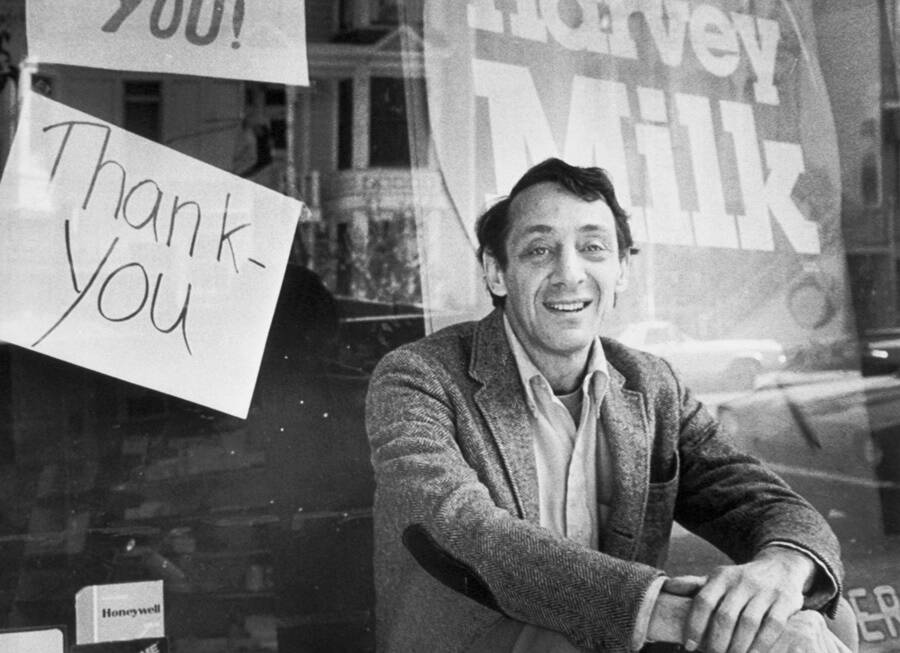 Getty ImagesHarvey Milk, the first openly gay politician in California, used Sipple’s case to push for the acceptance of the LGBTQ community.

According to Dan Morain, a political affairs columnist at the Sacramento Bee who has written extensively on the aftermath of Oliver Sipple’s scandal, politician Harvey Milk used Sipple’s outing as an opportunity to promote gay rights.

Milk told Herb Caen, a famous local columnist, that the gay community was very proud of Oliver Sipple’s actions because it proved that homosexuals were not bad people. But this news had severe repercussions on Sipple’s private life.

“[Sipple’s] father didn’t want anything to do with him,” Morain told NPR. “I was told that when his mother died, he was not really welcome at the funeral.” 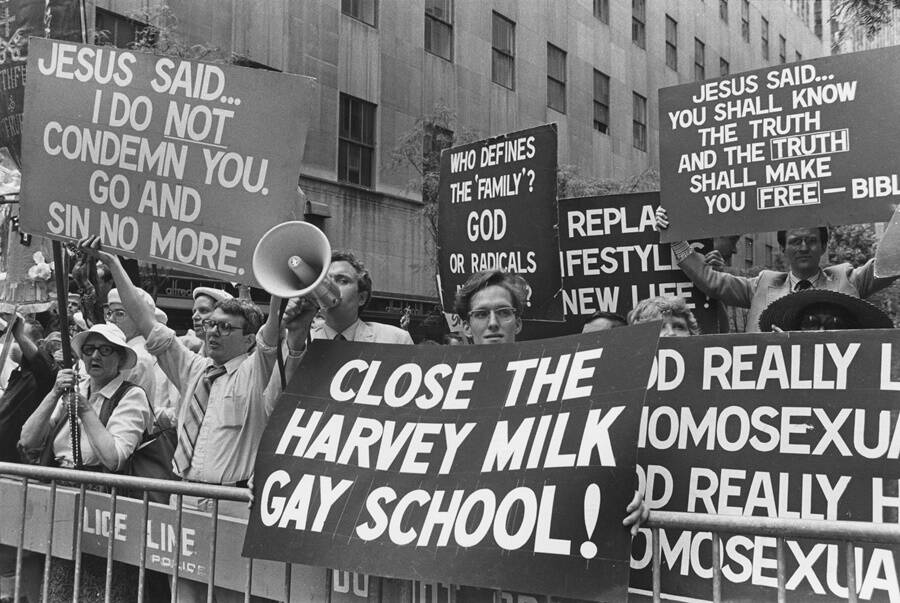 Barbara Alper/Getty ImagesOliver Sipple’s outing by the media sparked a conversation about a civilian’s right to privacy from the press.

The fallout was so unbearable that Sipple sued seven newspapers and 50 publishing executives for releasing personal information about him without his consent. The suit began only a week after Sipple had saved the president’s life.

“My sexuality,” Oliver Sipple said at a news conference announcing his $15 million lawsuit, “is a part of my private life and has no bearing on my response to the act of a person seeking to take the life of another.”

He also said that the disclosure of his sexual identity had caused him “great mental anguish, embarrassment, and humiliation.” 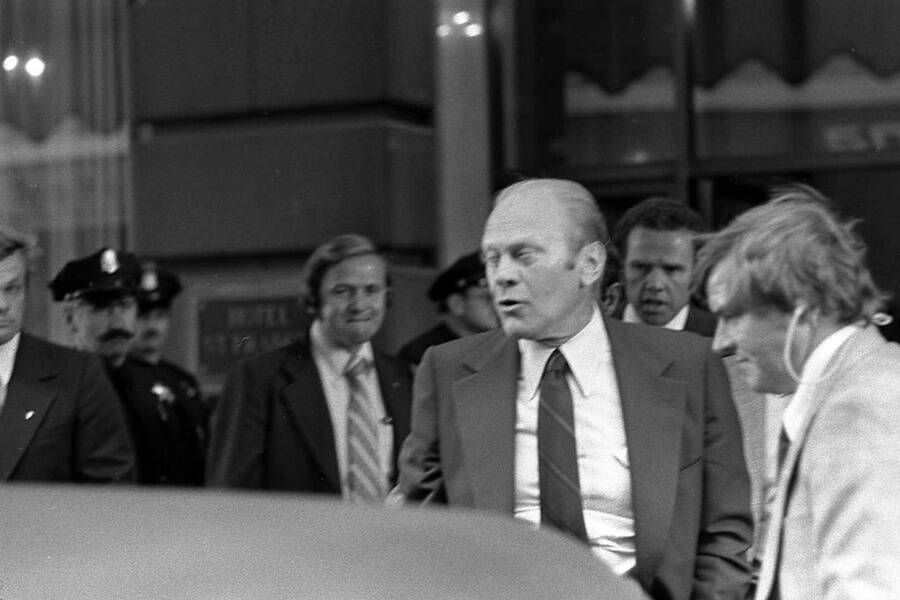 Wikimedia CommonsOliver Sipple was never invited by President Gerald Ford to the White House after he saved his life. Pictured is the president following his first assassination attempt.

Although Sipple was heralded as a “gay hero,” his identity was nonetheless largely unaccepted by society and his own family.

In 1984, Sipple’s lawsuit against the media was dismissed by the California Supreme Court. When a lower court discovered that plenty of people — who were mainly, of course, Sipple’s friends and colleagues in the gay community — had known about his homosexuality before the news outlets published it, the case was dismissed.

Oliver Sipple’s sexual identity tragically came to overshadow the heroism he displayed in both the Vietnam War and in saving the life of the president. Sipple was never invited to the White House and received only a brief thank you letter from the president.

In fact, Sipple didn’t receive a signed letter of commendation from President Ford until much later. He had the letter framed and hung on his apartment wall.

“He did some very heroic things,” Wahl said. “He was 100 percent disabled from his service in the Marine Corps, then he went out of his way, endangering his life, to save the life of President Gerald Ford — then he got punished for doing it.”

In the last years of his life, Oliver Sipple received treatment for schizophrenia, alcoholism, and other health issues. He claimed that his siblings had all but abandoned him.

Sipple was found dead inside his apartment where he lived alone on Feb. 3, 1989. There was a half-gallon bottle of bourbon at his side and the coroner estimated that he had been dead for two weeks already. His death was attributed to natural causes. He was only 47 years old.