16 Presidential Assassins Who Failed To Kill The President

No matter how strange some of these would-be Presidential assassins might seem, every one of them came close to changing everything. 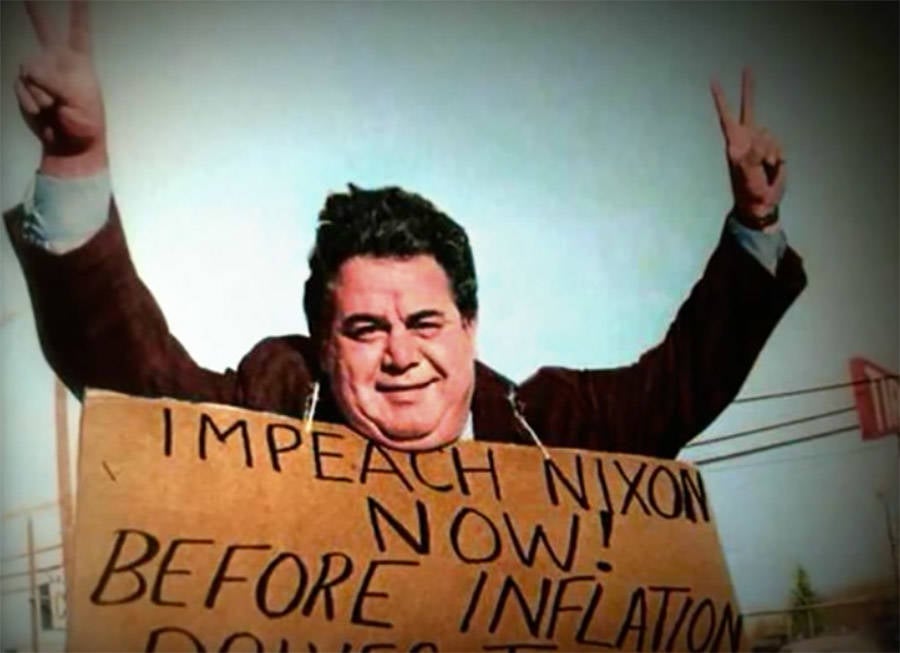 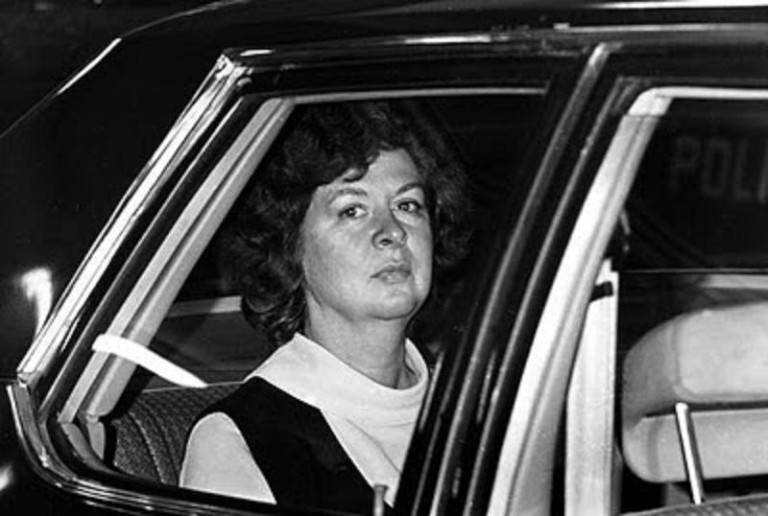 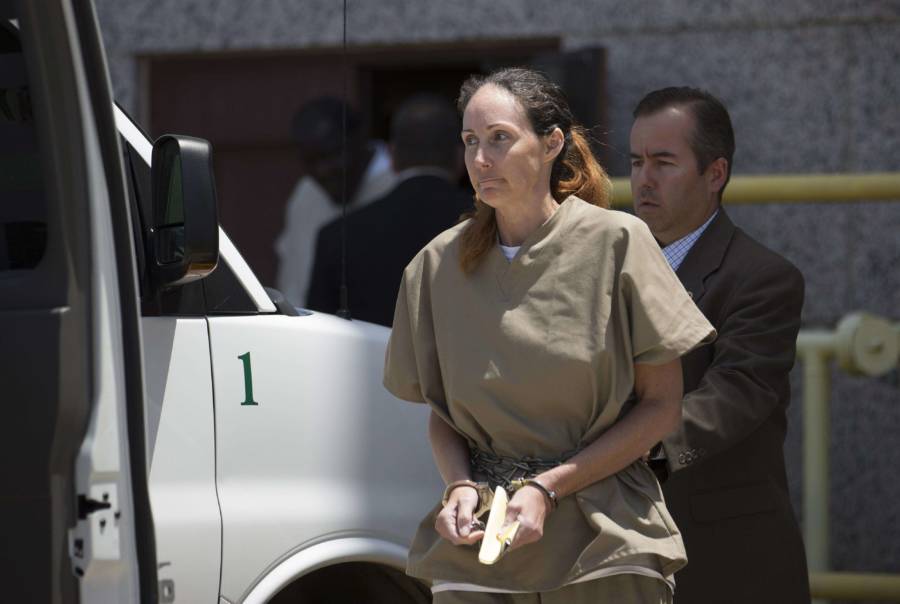 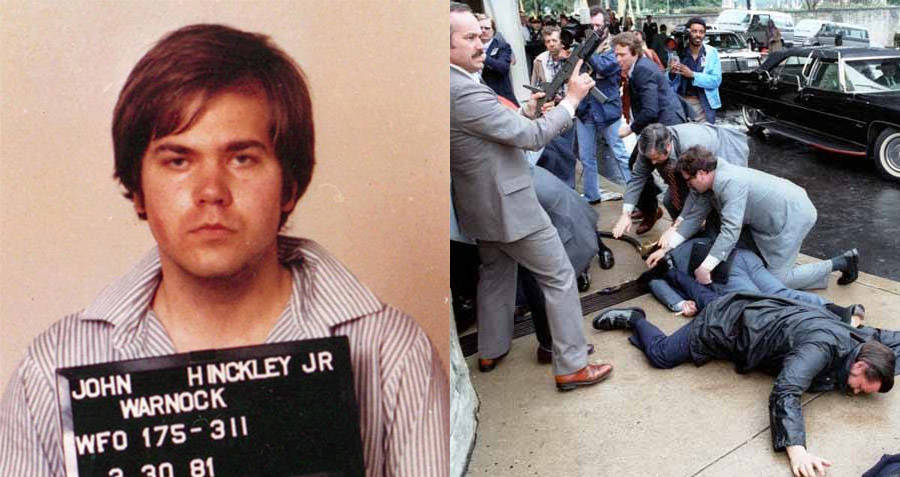 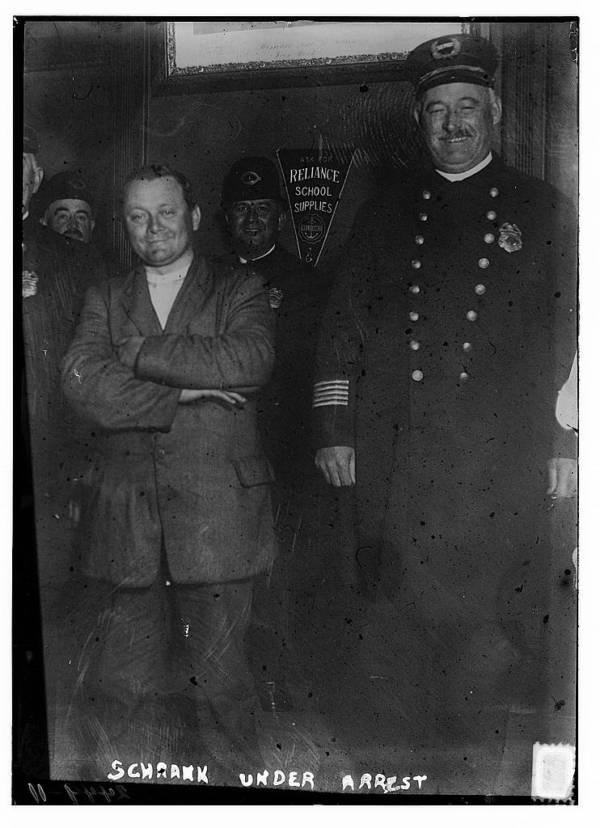 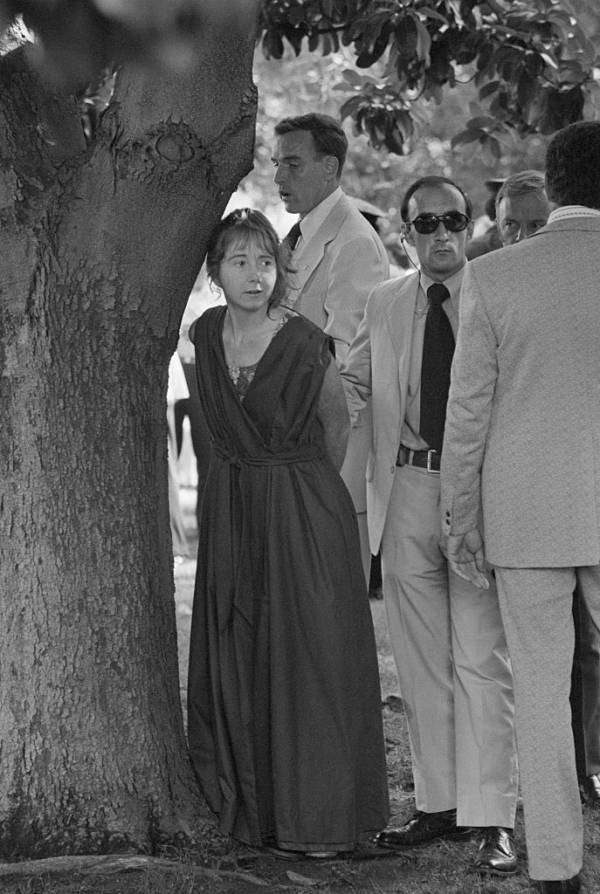 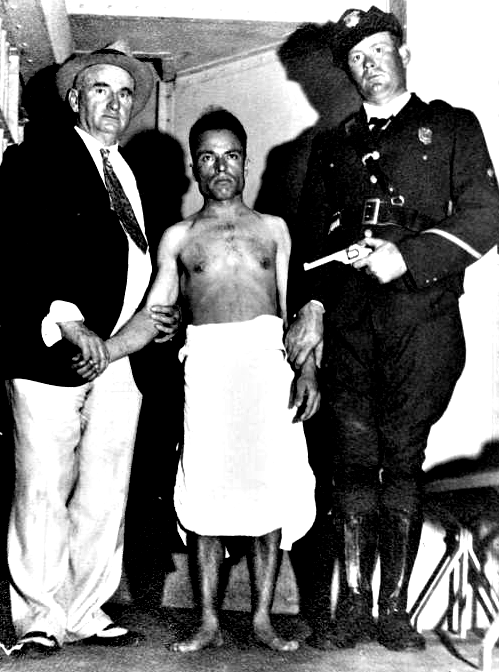 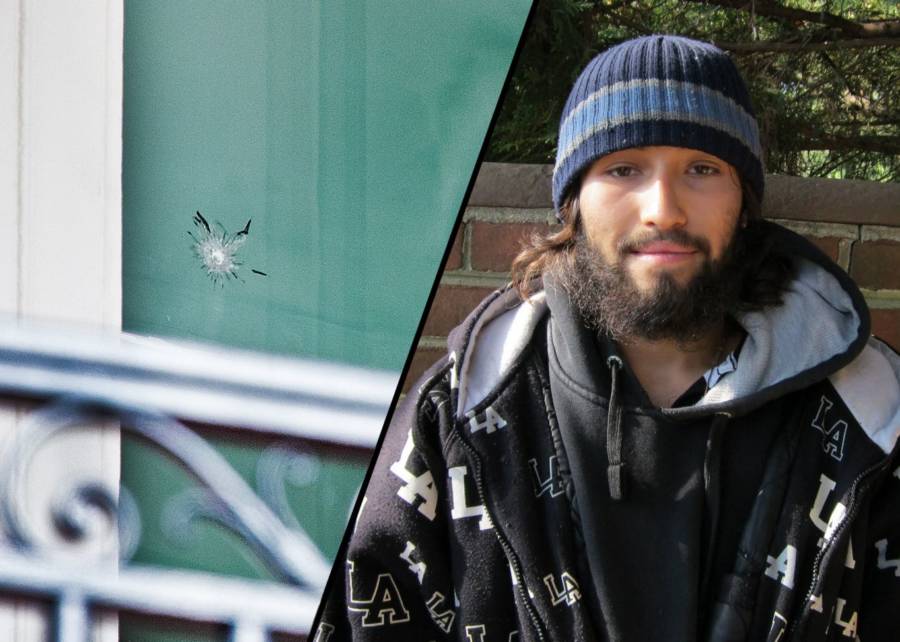 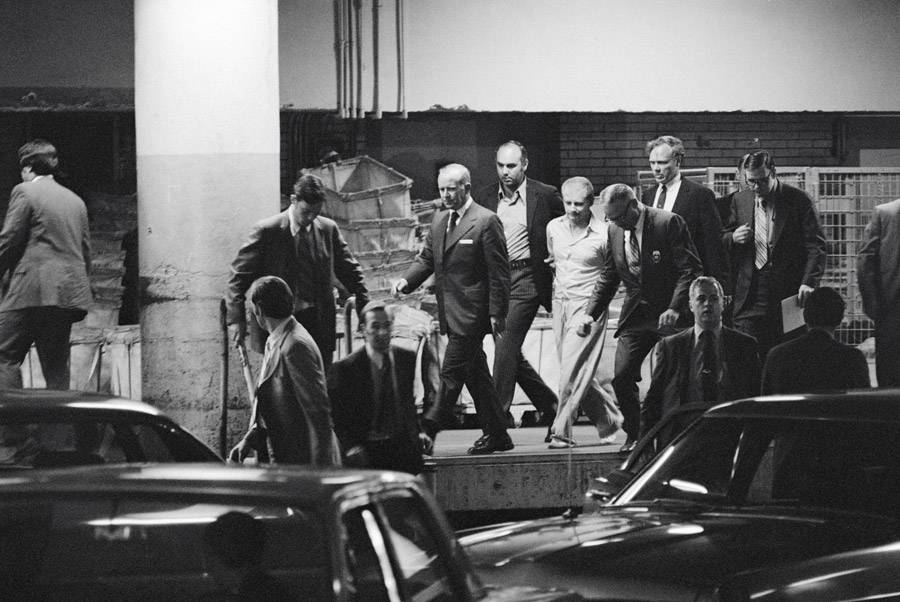 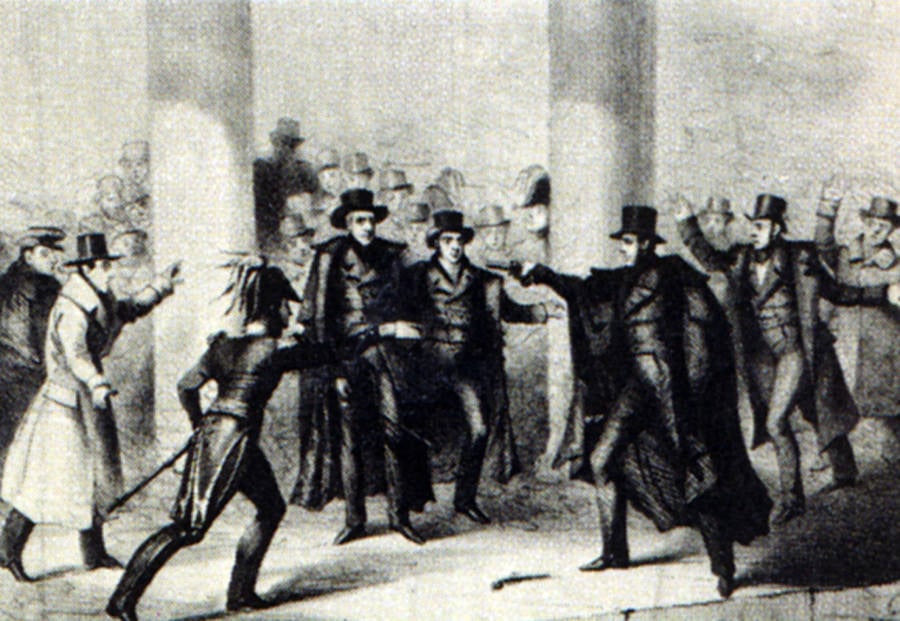 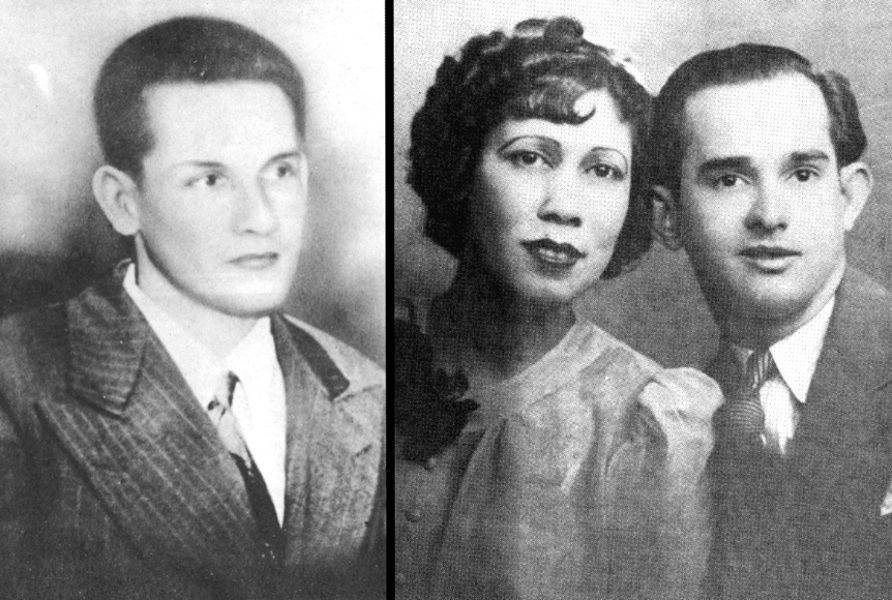 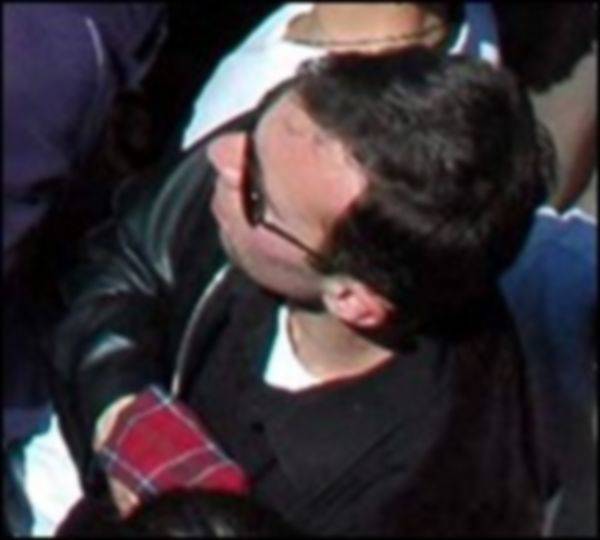 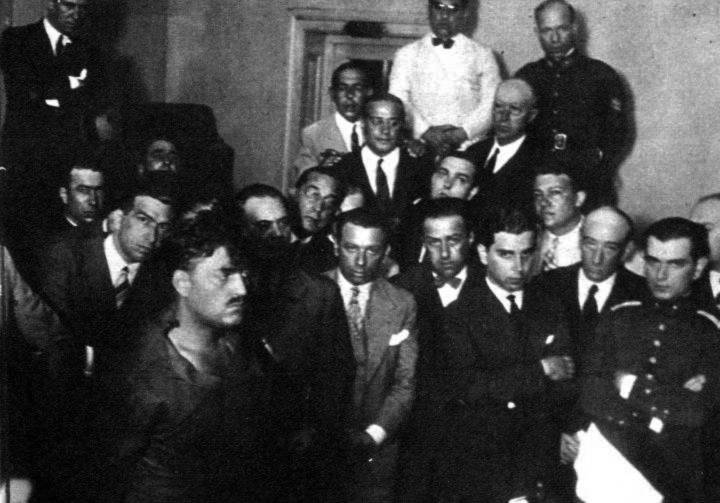 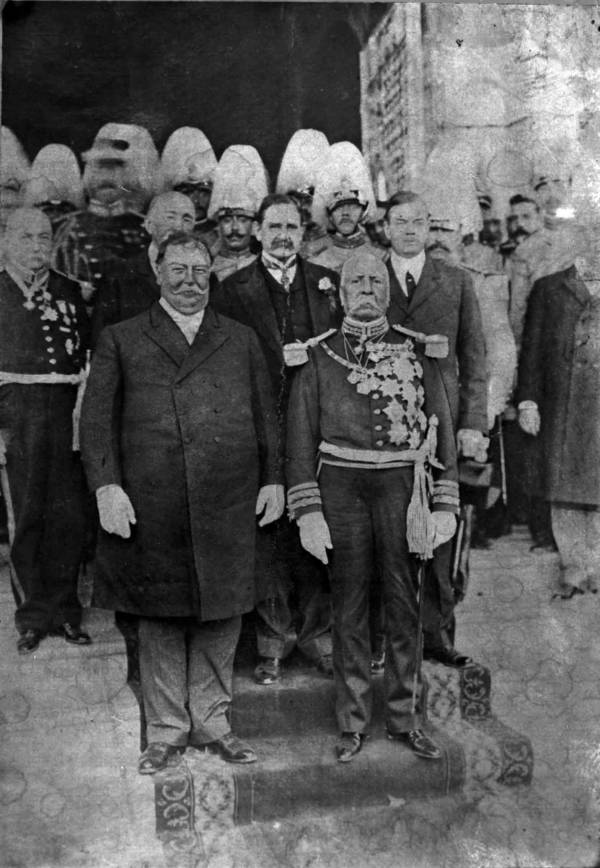 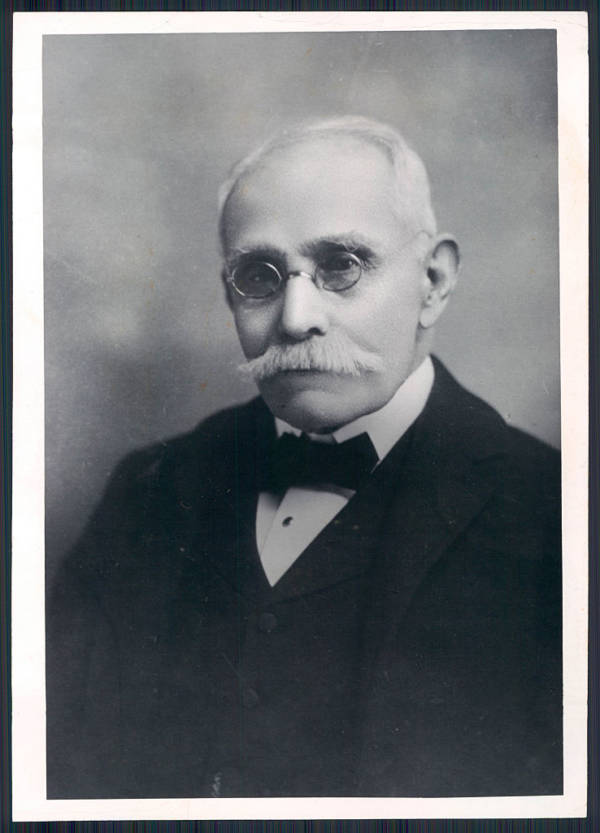 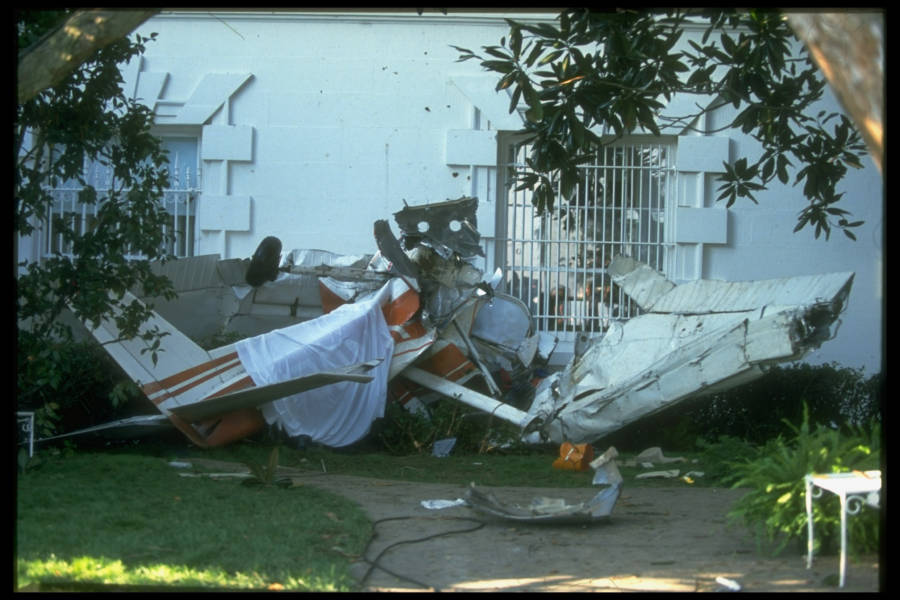 Richard Nixon could have met his end on Feb. 22, 1974. On that day, Samuel Byck highjacked a commercial airliner and planned on crashing it into the White House in a suicide mission. Instead, though, Byck's plane was stormed by the police. Byck gave up and shot himself before the plane ever got off the ground.YouTube
2 of 17

Just 17 days after someone tried to take his life, a second woman tried to kill Gerald Ford. On Sept. 22, 1975, Sara Jane Moore shot a revolver at the President as he stepped out of St. Francis Hotel. Moore missed her first shot, and a civilian in the crowd - Oliver Sipple - wrestled the gun from her hands, saving the President's life. The hero was repaid by getting his life ruined. The press, eager to report anything they could on a hero, outed Sipple as gay. The news came as a surprise to his family. They disowned him, and he broke down into alcoholism.Wikimedia Commons
3 of 17

In 2013, Shannon Richardson, an actress who had minor roles on The Walking Dead and The Vampire Diaries, sent letters laced with ricin to both President Barack Obama and New York City mayor Michael Bloomberg. She called the police and tried to frame her husband for the crime, but they didn't buy it. Richardson ended up being sentenced to 18 years in prison for the attempted murder of a President.YouTube
4 of 17

A love for Jodie Foster and the movie Taxi Driver drove John Hinckley Jr. to try to murder President Ronald Reagan. Hinckley was convinced that if he killed the president, actress Jodie Foster would fall in love with him. So, March 30, 1981, he did just that and nearly killed Ronald Reagan. He pulled out a revolver and fired six shots at President Reagan as he was leaving the Hilton Hotel. He wounded four people, including the President, and left press secretary James Brady paralyzed for life.Wikimedia Commons
5 of 17

John Schrank claims the ghost of William McKinley visited him and told him to killed President Theodore Roosevelt. Schrank attended a speech at the Gilpatrick Hotel, where President Roosevelt was getting ready to deliver a speech, and fired his revolver at the President. The bullet was slowed by a steel eyeglass case in Roosevelt's breast pocket, and Roosevelt survived. The President refused medical attention and went on with his 90-minute speech, opening with: "Ladies and gentlemen, I don't know whether you fully understand that I have just been shot, but it takes more than that to kill a Bull Moose."Library of Congress
6 of 17

Gerald Ford was nearly killed by Lynette Fromme, a member of Charles Manson's family on Sept. 5, 1975. Dressed in a red robe, Fromme confronted President Ford at Sacramento's Capitol Park and tried to shoot the president. Miraculously, the gun didn't go off. During her trial, prosecuting attorney Dwayne Keyes recommended severe punishment, saying she was full of "hate and violence." In response, Fromme threw an apple at his head. Getty Images
7 of 17

Franklin D. Roosevelt was attacked on Feb. 15, 1933, while giving a speech in Miami, Fla. Giuseppe Zangara opened fire and missed the President. However, he hit five others, including Chicago mayor Anton Cermack. In his dying moments, Cermack told the President, "I'm glad it was me instead of you."Wikimedia Commons
8 of 17

Oscar Ortega Hernandez thought he was Jesus and that Barack Obama was the Antichrist. On Nov. 11, 2011, he drove to Washington with a semiautomatic rifle. He parked 750 yards away from the White House, aimed his gun at the window, and fired into the second-floor window. Luckily for the Obamas, nobody was home.YouTube
9 of 17

Richard Nixon could have met his end on April 10, 1972. Arthur Bremer traveled to Ottawa with a revolver and planned on shooting the President. Though, when he couldn't get close enough to get a clear shot, he changed his plans. Bremer went on to Plan B and tried to kill Presidential candidate George Wallace, instead. During a rally in Maryland, he yelled out, "A penny for your thoughts!" and opened fire, seriously wounding Wallace and three other people before the police were able to subdue him.Getty Images
10 of 17

The first person to ever try to assassinate an American President was Richard Lawrence, a mentally ill house painter. He attacked President Andrew Jackson outside of a funeral on Jan. 30, 1835, but his pistol misfired. Jackson handled it himself. As soon as the gun misfired, he started beating Lawrence senseless with his cane.Wikimedia Commons
11 of 17

Two Puerto Rican revolutionaries tried to kill President Harry S. Truman on Nov. 1, 1950, as a rallying call for Puerto Rican independence. They entered the Blair House, where the President was staying but were stopped by the White House Police. In the ensuing gunfight, both men were shot. Torresola died, while Collazo took a bullet to the chest and was sent to prison.Wikimedia Commons
12 of 17

When George W. Bush visited Tbilisi, Georgia on May 10, 2005, there was an assassin waiting in the crowd. Vladimir Arutyunian watched the President with a hand grenade in his hands, wrapped in a red handkerchief. He threw it at the President, but luckily it didn't go off.Wikimedia Commons
13 of 17

Italian Anarchist Severino di Giovanni plotted to kill President Herbert Hoover in December of 1928. When Hoover arrived in Argentina, Di Giovanni sent one of his men on a mission to sneak a bomb onto the President's train. However, Di Giovanni's assassin, Alejandro Scarfó, was caught in the act, and Hoover made it through Argentina unharmed. Di Giovanni was ultimately arrested and executed in 1931. Wikimedia Commons
14 of 17

When President William Taft visited Mexican President Porfirio Díaz on Oct. 16, 1909, he narrowly avoided his own death. A Mexican man was waiting in the crowd with a small pistol concealed in his palm. The would-be-assassin was caught by his security detail as he moved in on the President, getting ready to shoot. Taft survived and the assassin was arrested. His name has been lost to time.Wikimedia Commons
15 of 17

It was never proven that Ferrandini was behind the failed plot to kill Abraham Lincoln on Feb. 23, 1861, but he was certainly the lead suspect. When word got out that there was a Confederate plot to kill the newly-elected president in Baltimore, Lincoln put on a disguise, took a train to a different city, and avoided the assassins that were waiting for him.Getty Images
16 of 17

On Sept. 12, 1994, during the Presidency of Bill Clinton, Frank Eugene Corder took a stolen single-engine Cessna and crashed the aircraft onto the South Lawn of the White House. Reportedly, he had no ill will towards Clinton and was merely on a suicide mission. Thankfully, the President was not home at the time. Cynthia Johnson/The LIFE Images Collection/Getty Images
17 of 17 16 Presidential Assassins Who Failed To Kill The President
View Gallery

Four out of 45 American Presidents have been assassinated. Statistically speaking, that means there's a 1 in 11 chance a President's term will end in murder. That's pretty bad, but it gets a lot worse because the odds someone will at least try are pretty close to 100%.

Madmen and radicals have been trying to make their mark in history by murdering a President since the time of Andrew Jackson, and some of them have gotten way too close for comfort. We remember the men who pulled it off.

We remember John Wilkes Booth, who shot Abraham Lincoln in the head during a play. We remember Charles Guiteau, who killed James Garfield; Leon Czolgosz, who killed William McKinley; and Lee Harvey Oswald, who shot John F. Kennedy. There are dozens more, though, who came within inches of killing the seating President of the United States.

Some of these would-be Presidential assassins had political reasons; many more were just insane. Some of their reasons are downright absurd, from the man who tried to kill Ronald Reagan to impress actress Jodie Foster to the woman who tried to kill Gerald Ford to impress Charles Manson. Others, though, are stories of historical struggles, with freedom fighters taking their causes too far and becoming terrorists with an attempt on the President's life.

Next, check out these horrifying photographs from the assassination of John F. Kennedy and the CIA's crazy plots to assassinate Fidel Castro.