Not even a near-assassination could keep the Bull Moose from the pulpit. 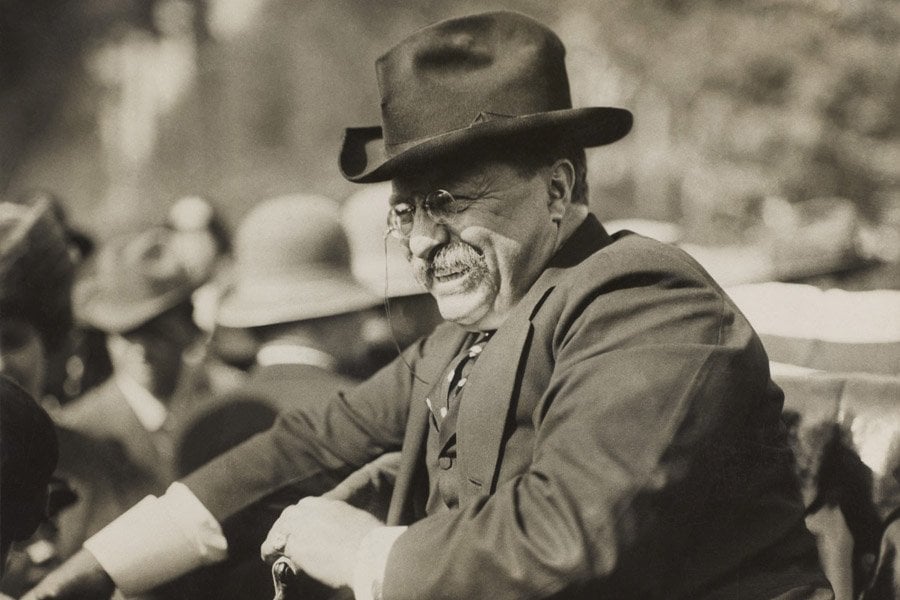 We live in a world where pundits purport that a bout of pneumonia — or even the sniffles — may make one unsuited to lead a country. Imagine what these pundits might say had they been around a little over a hundred years ago, when presidential hopeful Teddy Roosevelt gave a speech with a bullet lodged in his chest.

The date was October 14, 1912, and Teddy Roosevelt was feeling a little rough around the edges: His third-term campaign travels had worn him out, and left his throat a bit sore. Little did he know, his day was about to get worse.

That evening, Roosevelt headed to Milwaukee’s Kilpatrick Hotel for a dinner hosted by one of his supporters. Once he finished his meal, Roosevelt began making his way to the Milwaukee Auditorium, where he was to give a speech. And then a shot rang out.

Standing under five feet away, a man named John Schrank fired at the ex-president — and had someone in the crowd not bumped Schrank at just the right moment, the Bavaria-born shooter likely would have killed Roosevelt.

Instead, the bullet from Schrank’s .38 revolver headed right for the chest pocket of Roosevelt’s suit. Slowed by the folded, 50-page speech and eyeglasses case in said pocket, the bullet entered Roosevelt’s chest with less than fatal force.

Brandishing a fist-sized bloodstain from the bullet wound, Roosevelt gave a quick cough to determine if the bullet had nicked a lung. No blood appeared at his lips, and so Roosevelt insisted that his driver take him to the auditorium so he could deliver his speech. 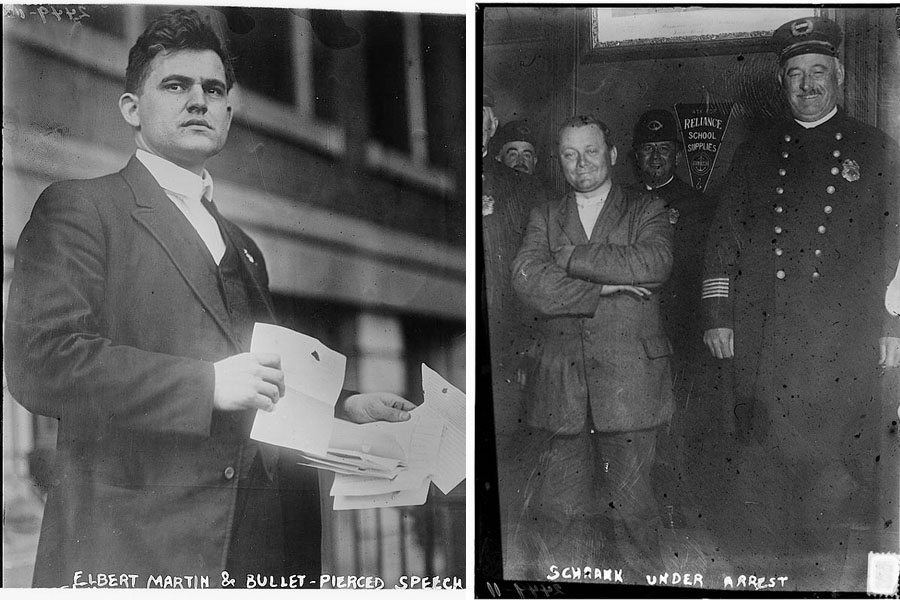 Library of CongressRoosevelt’s secretary Elbert Martin holds pages of the bullet-riddled speech (left), and the arrest of John Schrank (right).

Backstage, three doctors confirmed that the contents of Roosevelt’s pocket had slowed the bullet. The leader of the Bull Moose Party then walked slowly to the stage, and, with a bullet in his chest, spoke for close to 90 minutes.

At the time, sectarian division had brought out the worst in the Republican Party. Conservative William Howard Taft won the renomination at that year’s convention, which prompted Roosevelt to found the Progressive Party and run for president on its ticket. Republican Party stalwarts balked at Roosevelt’s move, calling him power-hungry and disrespectful to the convention that presidents may only serve two terms.

These attacks — as demonstrated by the bullet hole in Roosevelt’s chest, fired by a man who said Roosevelt shouldn’t pursue a third term — had very real consequences, and Roosevelt railed against them in his speech.

“It is a very natural thing that weak and vicious minds should be inflamed to acts of violence,” Roosevelt said. “I wish to say seriously to all the daily newspapers, to the Republicans, the Democrat, and Socialist parties, that they cannot…make the kind of untruthful, of bitter assault that they have made and not expect…brutal and violent natures, especially when the brutality is accompanied by a not very strong mind; they cannot expect that such natures will be unaffected by it.”

“I wish I were able to impress upon my people — our people, the duty to feel strongly but to speak the truth of their opponents.”

After he concluded the speech, Roosevelt gave in to requests that he go to the hospital. Once there, doctors didn’t end up removing the bullet, as it was lodged in Roosevelt’s chest wall and was thus too risky to extract. As a result, the bullet remained there for the rest of Roosevelt’s life. 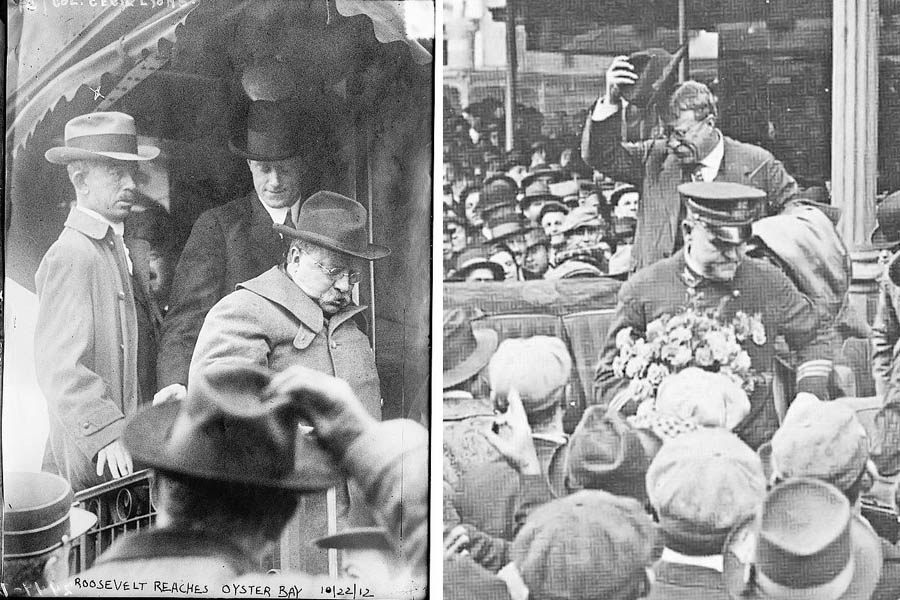 Flickr/Library of CongressRoosevelt, eight days after the shooting (left), and 12 days after (right). Still riding in open cars…

While Roosevelt would not see a third term in the Oval Office, he had cemented himself as the epitome of American resilience.

As Thomas R. Marshall, Woodrow Wilson’s vice president, famously said of Roosevelt, “Death had to take Roosevelt sleeping, for if he had been awake, there would have been a fight.”