The Chilling Story Of Charles Guiteau, The Man Who Assassinated President James Garfield

On July 2, 1881, Charles Guiteau shot President James A. Garfield twice at a railroad station in Washington, D.C. — but it took him two months to die of his wounds.

The president simply didn’t notice the man with the gun. Striding toward his train in a Washington, D.C. railway station on July 2, 1881, President James Garfield was deep in conversation with his secretary of state when a 39-year-old failed lawyer named Charles Guiteau raised an ivory-handled .44 caliber pistol and took aim.

Gripped with the delusion that Garfield had wronged him and that his death would save the country, Guiteau fired twice. His first shot hit the president in the elbow; the second embedded itself in his back.

“I am dead!” the president cried, as the crowd converged on his assassin. But it would take Garfield two months to perish after he suffered a lethal infection during surgery — and Guiteau later argued that it was the doctors, not his bullet, that killed James Garfield.

Nevertheless, Charles Guiteau was soon hanged for the crime. This is his astonishing story.

Why Charles Guiteau Wanted To Kill The President 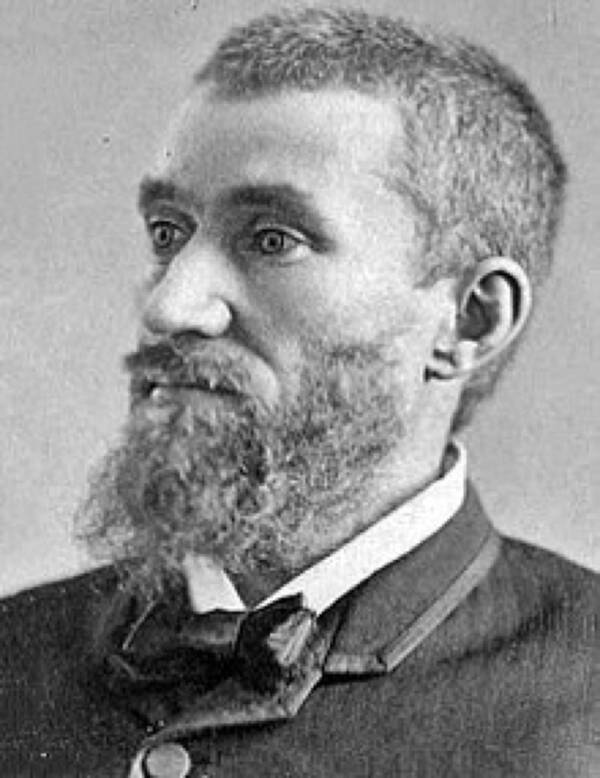 Public DomainCharles Guiteau became convinced it was God’s will for James Garfield to die.

Born on Sept. 8, 1841, in Freeport, Illinois, Charles Julius Guiteau spent most of his life lurching from place to place, trading jobs and interests frequently. He worked as a lawyer, a preacher, and a bill collector, and briefly joined a utopian religious community in upstate New York.

By 1880, Guiteau was estranged from his family. His father thought that his son was possessed by the devil, and his sister withdrew her support when he threatened her with an ax. But Guiteau didn’t care. He’d found a new cause in the Republican Party.

After delivering a speech he’d written in support of the Republican nominee, James Garfield, Guiteau came to believe that he’d helped Garfield win the election. And he wanted a reward.

“On the principle of first come first served, I have faith that you will give this application favorable consideration,” Charles Guiteau wrote Garfield, requesting a post as the ambassador to Austria. Later, he asked to be posted in Paris.

Garfield’s lack of reply, Guiteau wrote, “hurt me very badly.” His thoughts darkened. Convinced that the president had to die for the good of the country, Charles Guiteau began to plot Garfield’s assassination.

The Assassination Of President James A. Garfield 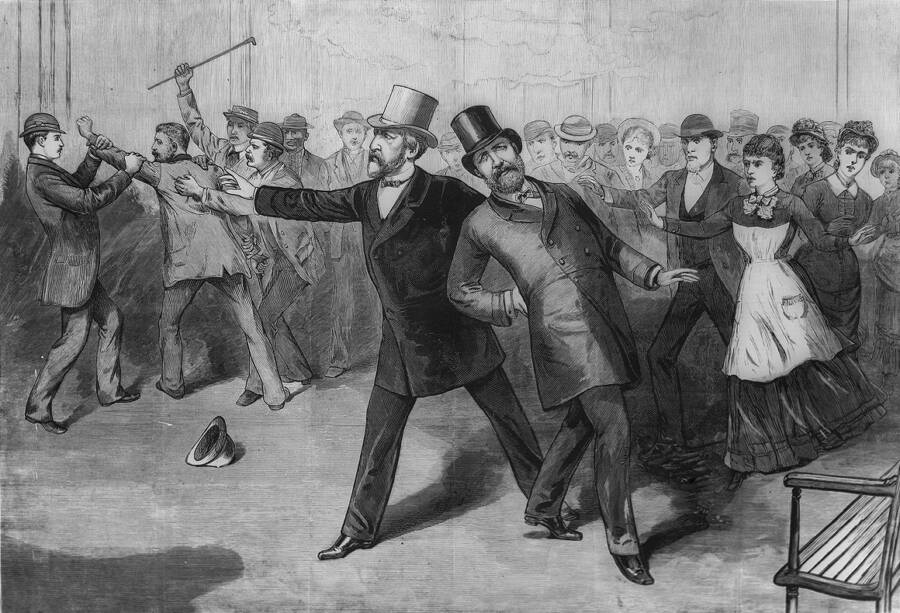 Public DomainAn 1881 depiction of the James Garfield assassination, with Charles Guiteau in the background.

Charles Guiteau followed James Garfield to Washington D.C., where the president was sworn in on March 4, 1881. There, Guiteau prepared to kill him.

He bought a gun he thought would look good in a museum and practiced firing it. And Charles Guiteau began to trail the president across the city, hoping for an opportunity to put his plan in action. He got close several times but always lost his nerve.

“Well, you are no good,” Guiteau wrote. “Your President comes right to you to be shot and you let your heart get in the road of your head and your hand. This will not do.”

Determined to act, Guiteau wrote a letter to the White House and to the Civil War hero William T. Sherman on the morning of July 2, 1881. Killing the president, he said, was a “sad necessity.” And he instructed Sherman to “take possession of the jail” after Guiteau’s arrest.

Then, he put both in his pocket and went to the train station.

As he expected, Guiteau saw Garfield there with his secretary of state, James G. Blaine. Creeping up behind them, he fired twice at the president — clipping his elbow and hitting him in the lower back. The president collapsed — and the crowd swarmed around the gunman.

But it seemed that the president would survive. “The upper story is alright,” Garfield assured one of his sons. “It is only the hull that was damaged.”

Indeed, Garfield had a survivable wound. But doctors poked and prodded at the president with unsanitized hands and equipment. They tried desperate measures, like beef broth enemas, to cure him, and made things worse. Garfield finally died on Sept. 19, 1881.

Then, the eye of the nation fell on his assassin, Charles Guiteau.

In a trial that riveted the nation, Charles Guiteau mounted a fiery defense. Garfield’s death, he said, was an act of God. But he shouldn’t be blamed for it. “The doctors killed Garfield,” Guiteau proclaimed. “I just shot him.”

Though Guiteau had a point, the jury didn’t buy it. They rejected his plea of not guilty by reason of insanity and sentenced him to death. On July 30, 1882, a little over a year after he shot the president, Guiteau was hanged.

His assassination of James Garfield cut short a presidency — Garfield had only been in office for four months — and prompted questions of what could have been. It also raised more unsettling queries, like what drove someone to kill in the first place.

In pursuit of that goal, doctors conducted an autopsy on Guiteau’s remains. They found he had syphilis, but no tidy indications for why he’d shot the president. Today, it’s believed that Guiteau suffered from schizophrenia.

Guiteau’s brain is kept today at the Mütter Museum, his skull at the National Museum of Health and Medicine. They’re physical reminders of Charles Guiteau, and of the fateful day in July when he changed American history.

After reading about Charles Guiteau, discover the stories behind these shocking presidential assassination attempts. Or, see why some think that President Zachary Taylor was secretly killed.