From the RMS Titanic to the Queen Anne's Revenge, these shipwrecks remain just as haunting today as they did when they first sank.

The ocean has long devoured ships. Strong winds, wars, and natural disasters have wrought devastating shipwrecks throughout the ages.

Though some of the most famous shipwrecks happened in modern times — like the sinking of the RMS Titanic or the explosion of the USS Maine — shipwrecks have a long, varied, and fascinating history.

These are the true stories behind some of the most intriguing shipwrecks around the world, from the “miracle” sinking of the Kublai Khan fleet to the destruction of Blackbeard’s Queen Anne’s Revenge.

The Infamous Shipwrecks Of Pearl Harbor 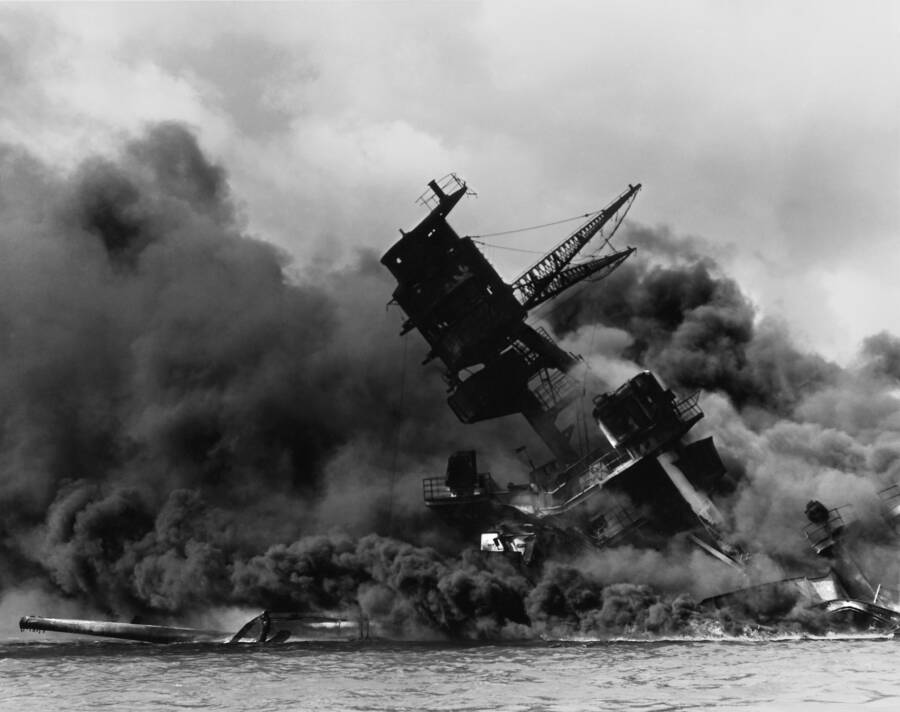 National Archives and Records AdministrationThe USS Arizona burns during the 1941 attack on Pearl Harbor in Hawaii.

On December 7, 1941 — a date which President Franklin D. Roosevelt promised would “live in infamy” — Japanese forces attacked the U.S. naval base at Pearl Harbor. The attack killed 2,403 Americans, pulled the U.S. into World War II, and created some of the most shocking shipwrecks of all time.

The surprise attack began at 7:55 a.m. Then, Japanese planes suddenly roared through the sky over Pearl Harbor, launching an attack that would last for nearly two hours. By the time they disappeared back over the horizon, the Japanese forces had destroyed or damaged 19 U.S. Navy ships.

“The first thing I knew of the attack was when I heard the air raid alarm,” remembered John MacRay Baker, who was then a sergeant with U.S. Marine Corps, according to USSArizona.org. “Some seconds later I heard an explosion in the distance and machine gun fire.”

Before long, Baker explained, “A tremendous shock shook the ship and she seemed afire at once… there was a constant hail of splinters and the ship was being machine-gunned constantly.”

Baker survived the Pearl Harbor attack. But he was one of the lucky ones. By the time the smoke cleared, 1,177 sailors aboard the USS Arizona had been killed, 900 of whom remain entombed in the ship to this day. 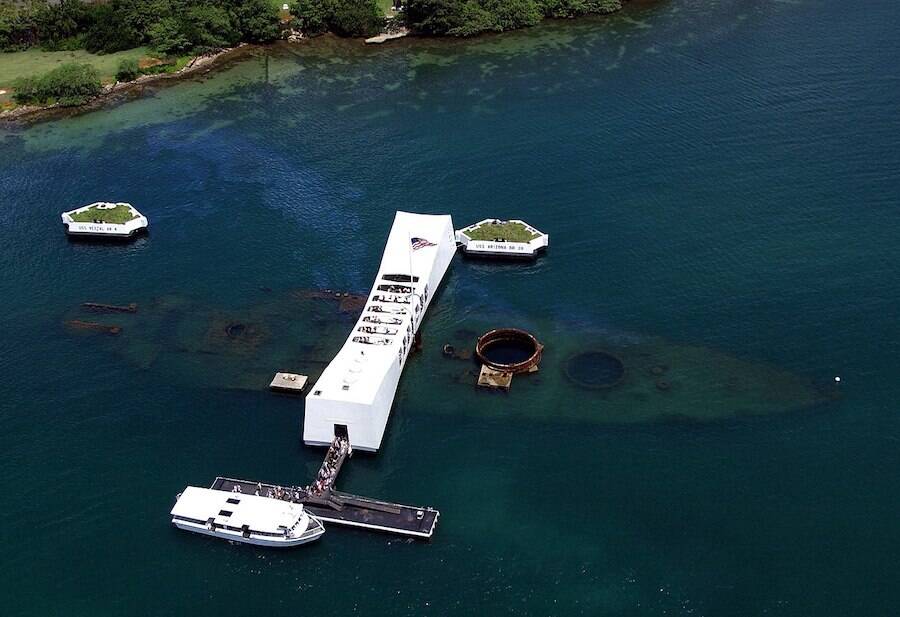 Wikimedia CommonsAn aerial view of the USS Arizona Memorial in Hawaii, with the famous shipwreck just below it.

On other ships, some sailors met a particularly gruesome fate. A number of men on the USS West Virginia were trapped underwater in an airlock in a storeroom for weeks before they perished. Rescuing them was impossible, so other soldiers had to listen helplessly to their desperate banging.

But although the attack hit 19 U.S. Navy ships, many were able to be repaired after the attack. According to PearlHarbor.org, there were just three shipwrecks that were ruined beyond repair and unable to return to service: the USS Arizona, the USS Utah, and the USS Oklahoma.

Of those vessels, the USS Arizona is the best known, as the wreck has been on public display at the Pearl Harbor memorial site for years. And while the USS Utah is not accessible to the general public, it can still be visited by anyone with a military ID who wishes to pay their respects.

But the fate of the USS Oklahoma is far more mysterious. Though the USS Arizona and the USS Utah were left behind where they sank, the USS Oklahoma was raised in an attempt to return the ship to service.

When it became clear that this would not be possible, the U.S. Navy decided to sell pieces of the vessel to scrapyards. But as it was being towed to a California scrapyard, a severe storm caused the USS Oklahoma to sink in the Pacific Ocean — and its final resting place remains unknown.